encasing 1500 goldfish in 56 glass boxes, ‘fishpond city’ by vienna-based artists raoul bukor and christian lindle in collaboration with beijing-based artist lu yang, is a reflection of the rapid urban development in central china. the permanent gallery installation is a 1:60 scale model of a nearby district under construction in xi‘an, the capital of shaanxi. the historic city center is enclosed by china’s largest intact city wall, and adjacent suburbs consist of hundreds of residential high rises and shopping centers that dominate the skyline. the work focuses on the subject of ambiance and living quality within such dense urban environments, and the contrast between old and new constructions due to the building boom. goldfish are a key element in chinese cultural identity, symbolizing luck, prosperity and fertility, here they feature as humdrum city inhabitants. 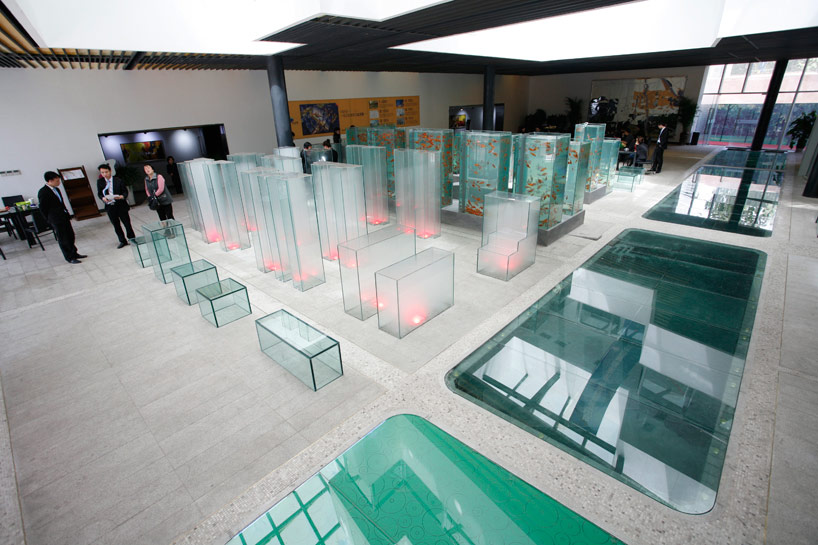 the installation offers a different perspective to the rapidly developing, homogenous city environments – visitors are given the chance to walk through the scale model from a birds eye view – each of the buildings is roughly as tall as a person. the design consists of 12 high rises and several shopping centers, and the glass construction is filled with water, giving a transparent backdrop.

similar to a real city, the installation functions as a living system, it is influenced by ecological and demographic parameters. the water from the ‘buildings’ is transported into the parkland, where it is biologically filtered and pumped back into the buildings. the effective operation of this circular flow is determined by the fish, the area of the parkland and the size the glass buildings. also, a day in ‘fishpond city’ lasts 24 hours, interactive LED’s, which are a popularly used decoration in many chinese cities, are used to simulate a daily rhythm – starting with a red dawn in the east and a bright white at noon, ending with an afterglow in the west. a soundscape of the existing neighborhood accompanies this visual timer: early morning traffic, market life, conversations are preserved memories of a place bound to be demolished.

the contrast between the old and the new china is evident in the selected materials – glass and LED’s are both synonymous with modern environments, shaping the buildings, whereas the goldfish represent the old china and its cultural relationship with nature and the landscape. the installation is also accompanied by 50 portraits that show the people involved in the construction of the new district. reflecting the rapidly changing lifestyle and dynamics within chinese cities, the artwork acts as a model for cultural identification and offers a platform for reflection. 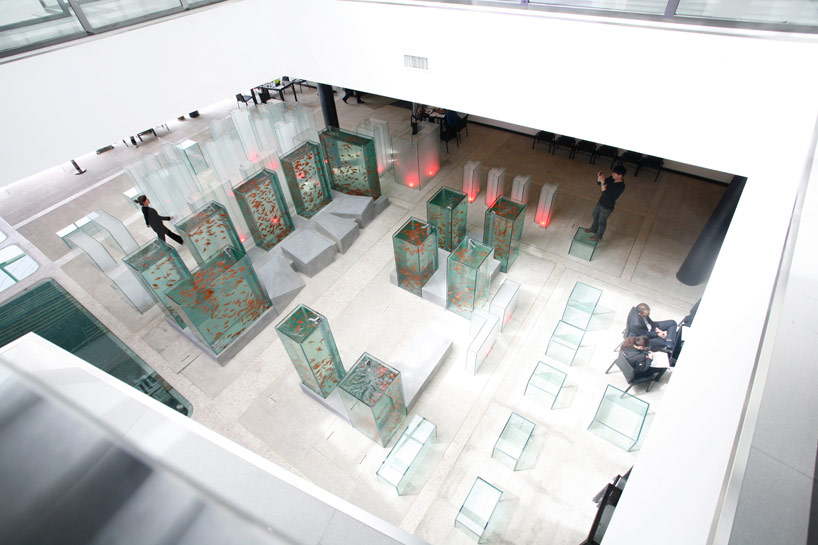 aerial view of the ‘fishpond city’ installation, a 1:60 scale model of a nearby urban development in xi‘an in china
image © clemens schneider 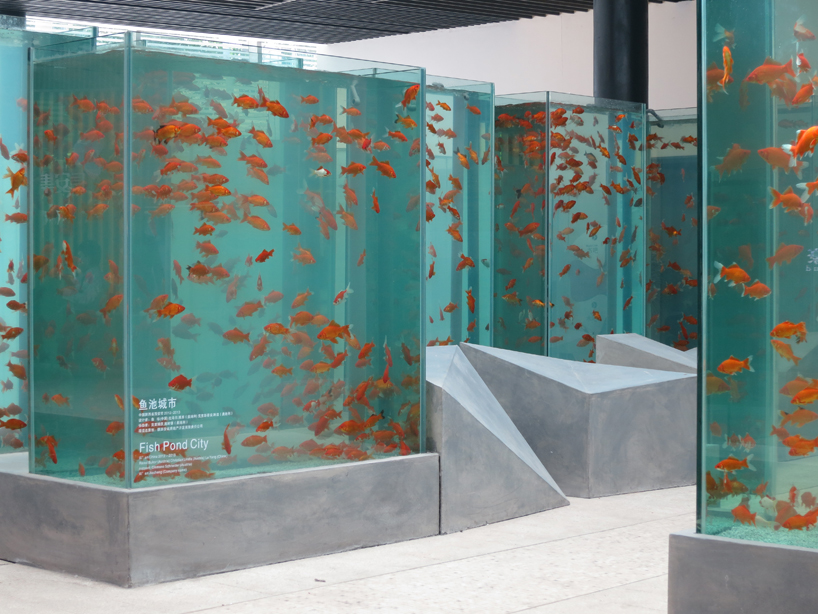 the work features 1500 goldfish as its inhabitants and similar to a real city, the installation functions as a living system
image © lindle_bukor 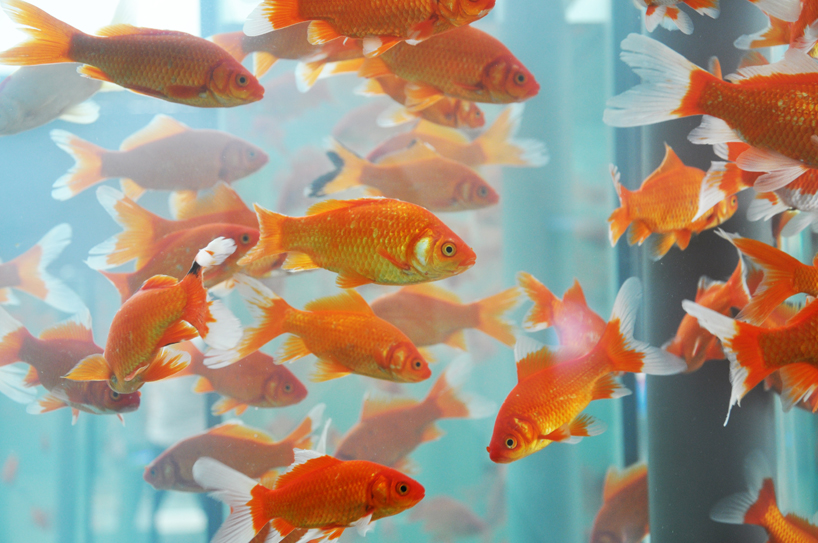 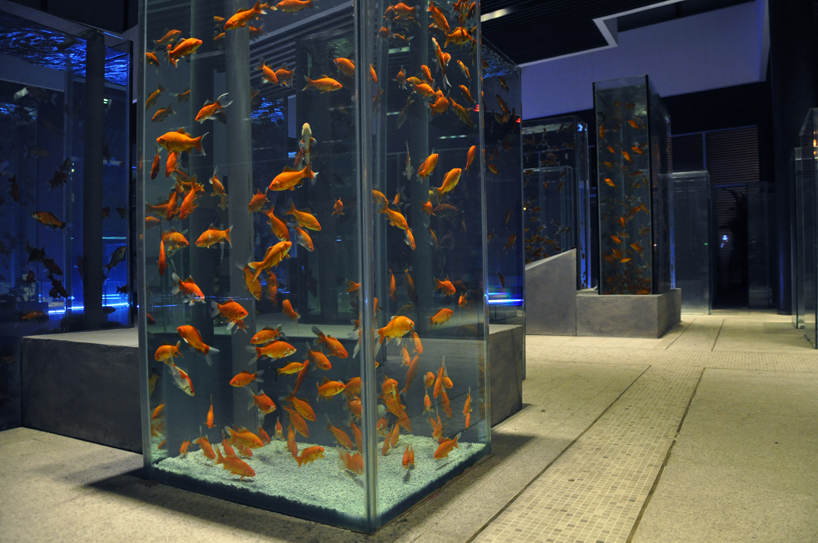 detail of the scale model layout, which consists of 56 tanks and a parkland
image © lindle_bukor 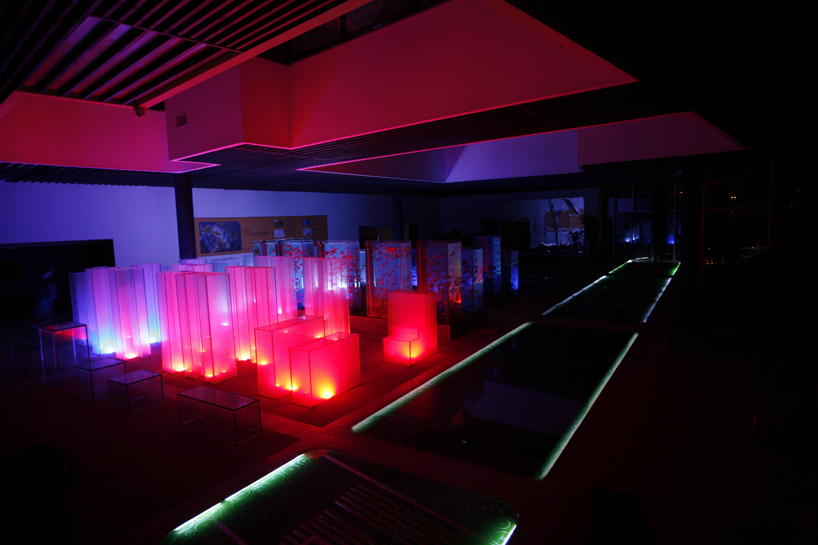 view showing the nighttime illumination of ‘fishpond city’, each day lasts 24 hours due to the interactive LED’s
image © clemens schneider 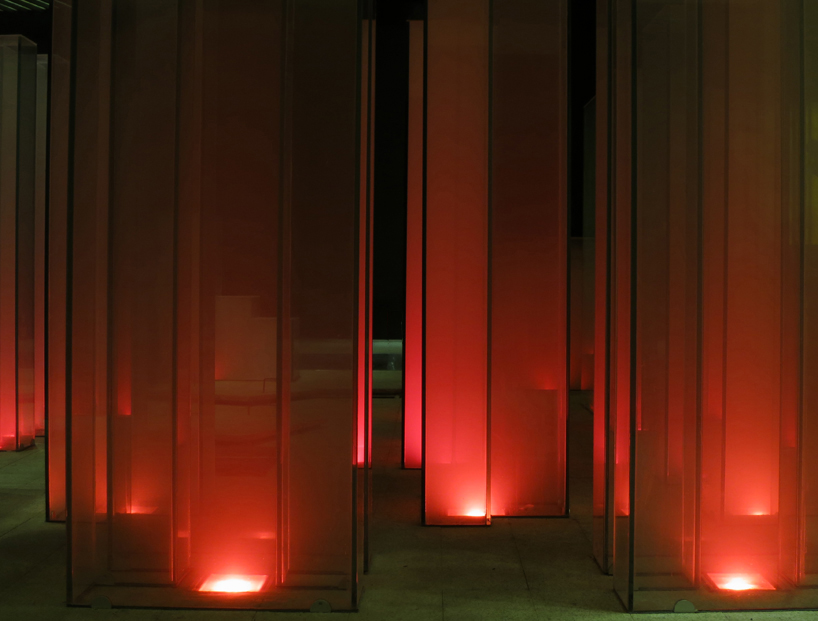 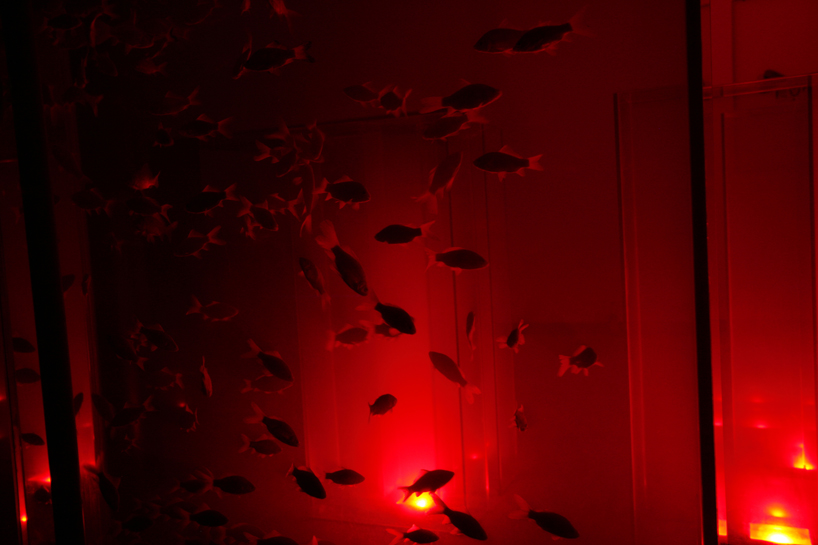 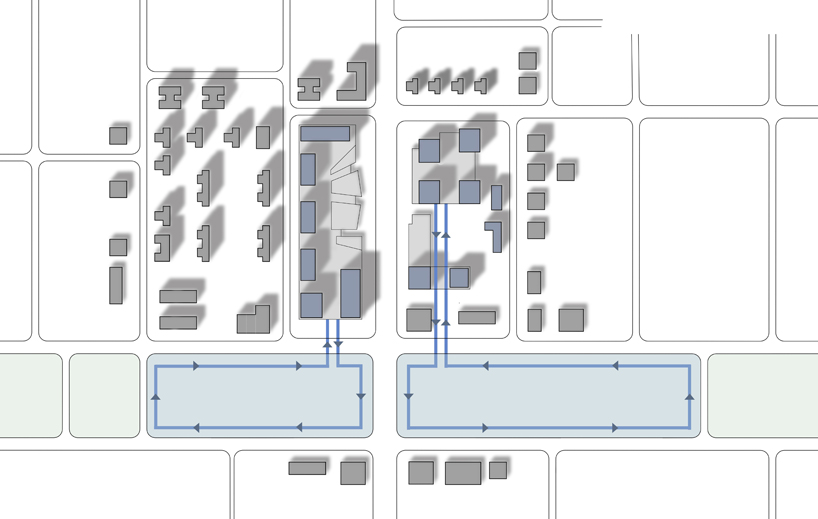 diagram of the water cycle, as it is transported into the parkland, biologically filtered and pumped back into the tanks 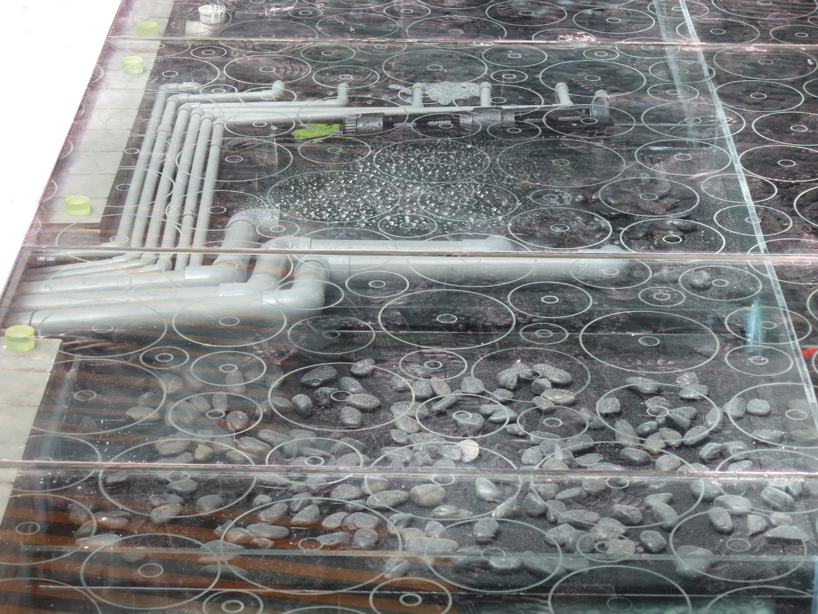 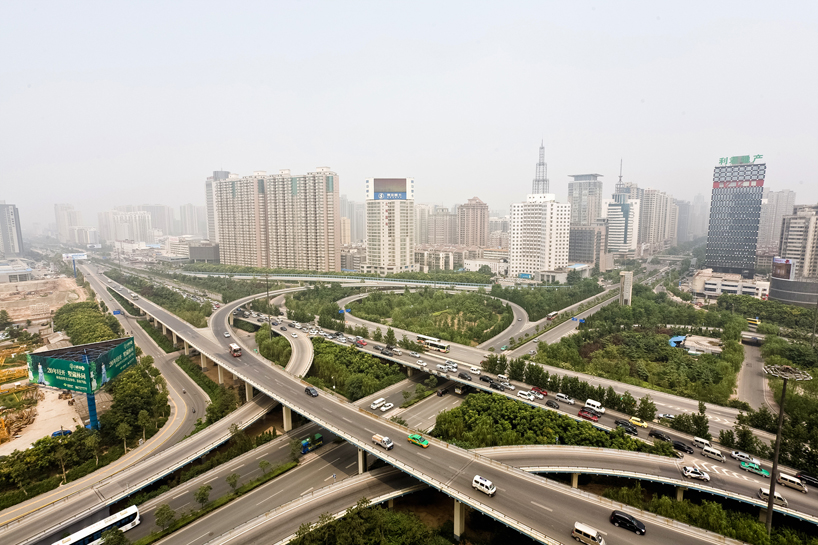