typically, when we hear the words ‘manga’ and ‘anime’, images of popular japanese comics emerge. in particular what stands out are the facial features of the fictional characters–most notably their exaggerated eyes, which appear proportionately much too large for the actual size of their faces. we have seen this signature attribute carry out through the development of this animation technique (which first emerged at the beginning of the 20th-century), in which artists and cartoonists continue to draw-up these overstated eye-popping expressions to emphasize the life and feelings of the imagined personalities they create. with digital manipulation of course, the realization of these characteristics are easily rendered from cartoon-status to ‘real-life’. particularly in the music industry, we have seen this eye-popping aesthetic rise, whereby artists have begun over-emphasizing their gaze as a means of portraying a certain feeling. most recently, in her music video ‘water me’ artist FKA twigs (previously known as twigs) is seen blankly staring into the camera with open doe eyes and equally prodigious lips, with considerably large digitally rendered tears–to further accentuate her also digitally envisioned caricature-like face–animatedly, streaming down her face. the digital effects employed dispose dramatic tones, both physically and emotionally, her wide-eyed expressions evoking the particular spirit she wishes to deliver through her music.

in her latest video ‘water me’, songstress FKA twigs has eyes of magnum proportions
video courtesy of FKA twigs 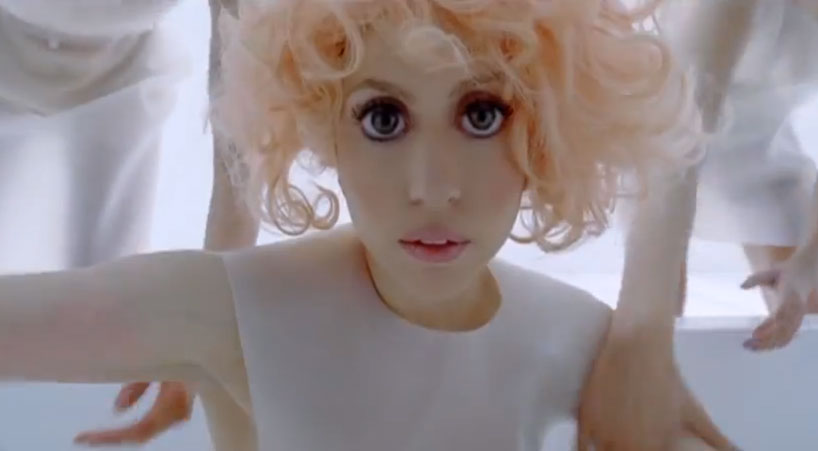 but what happens when that once digitally manipulated effect becomes something tangible and accessible without the aid of a computer? pop culture icons, such as the likes of lady gaga set the in vogue styles, and so with the success of her music video hit ‘bad romance’, in which she appears emptily staring towards you with bug eyes, the use of circular contact lenses has surfaced, so that anyone wanting to widen their peepers can do so quite simply, achieving this look in actuality… these particular lenses have become all the rage in asian countries, notably japan and korea, where young women readily wear them–in the united states, the selling of ‘cosmetic’ lenses is illegal (only those prescribed are permitted), so the trend has not advanced as quickly, although many young american girls are purchasing them online through distributors in asia–giving them the appearance of a real-life sailor moon character. 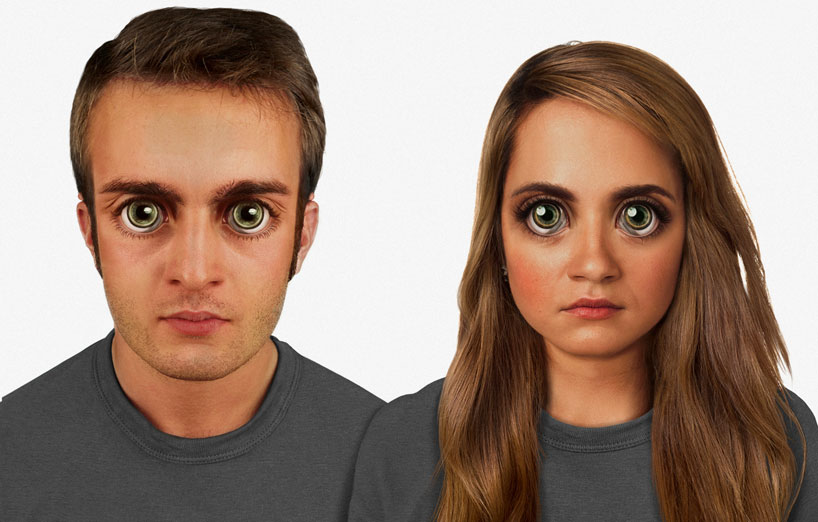 what we may look like in 100,000 years
illustration by nikolay lamm from my voucher codes

however, in the future this facial adjustment may not only be something employed for the sake of appearances. recently, artist and researcher nikolay lamm worked closely with computational geneticist dr. alan kwan to predict what we may look like overtime, drafting up an illustration of their hypothesis (see above). dr. kwan suggests that with technological advances and the amount of knowledge we will eventually be retaining, we will require larger brains. as a result, the size of our heads will enlarge to accommodate this, and with this our eyes will inescapably grow. dr. alan kwan also theorizes that as we run out of space on earth, we will eventually start moving to other planets, further away from light in which evolution will select larger eyes in order that humans are able to adjust to the dimness of their surroundings. so with the possibilities of zygotic genome engineering technology, offering the potential to control one’s biology, this now cosmetic alteration, may not be so far off from our reality. 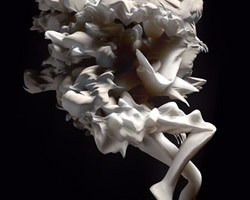