‘amor’ (‘love’), one of the projects undertaken by boa mistura with local residents in the vila brâsilandia favela in são paulo, brazil

boa mistura, a spanish art collective composed of five self-described ‘graffiti rockers’, has organized a participatory urban art project in vila brâsilandia, one of the favelas in são paulo, brazil. the artists, whose name comes from the portuguese for ‘buena mezcla’ (‘good mixture’), worked with residents to paint and reface the winding ‘vecos’ and ‘vielas’ of the favela with uplifting messages. viewed from the proper angle and distance, the works cause words like ‘beleza’ (‘beauty’) and ‘orgulho’ (‘pride’) to seemingly float in the passageway, thanks to an illusion effect based on the careful painting of stretched-out text in accordance with the 3D perspective. 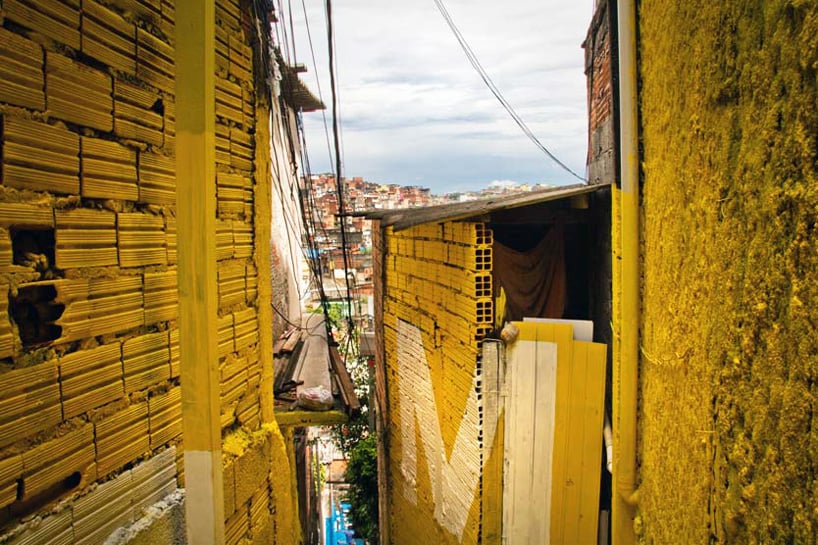 partial view of ‘amor’ from a different perspective 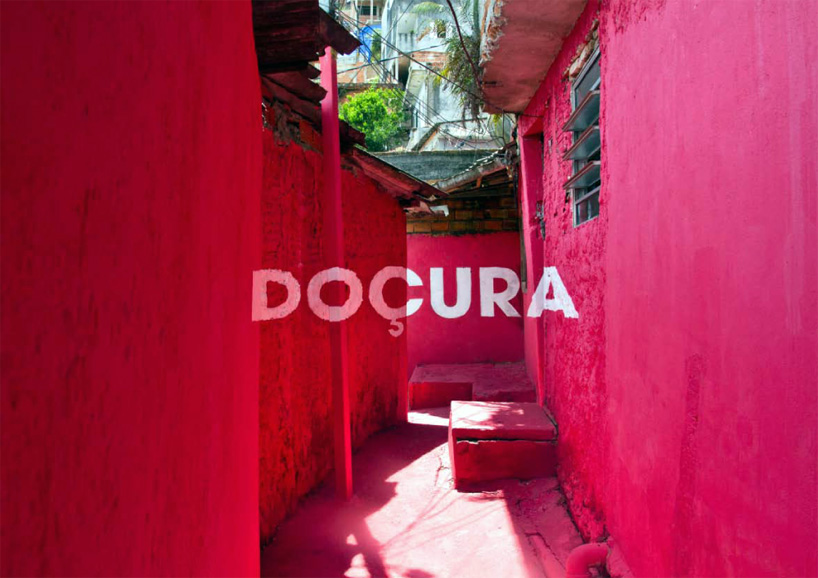 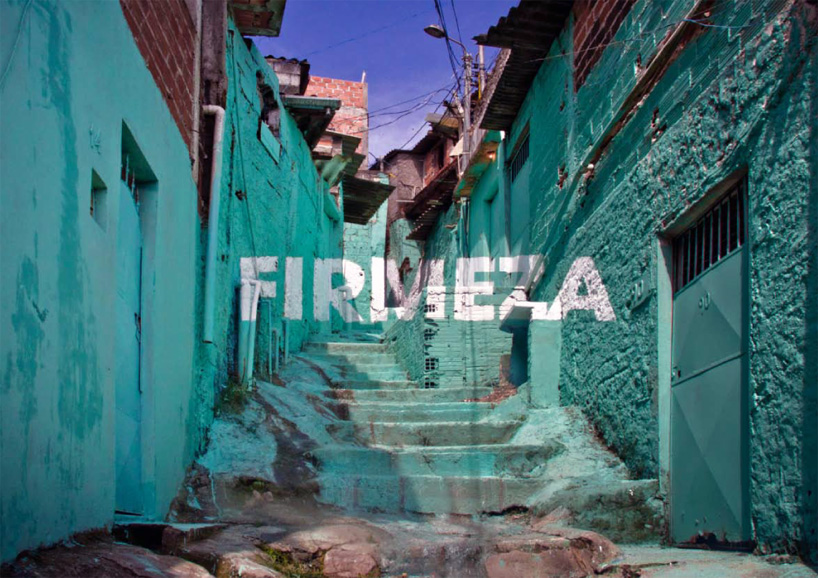 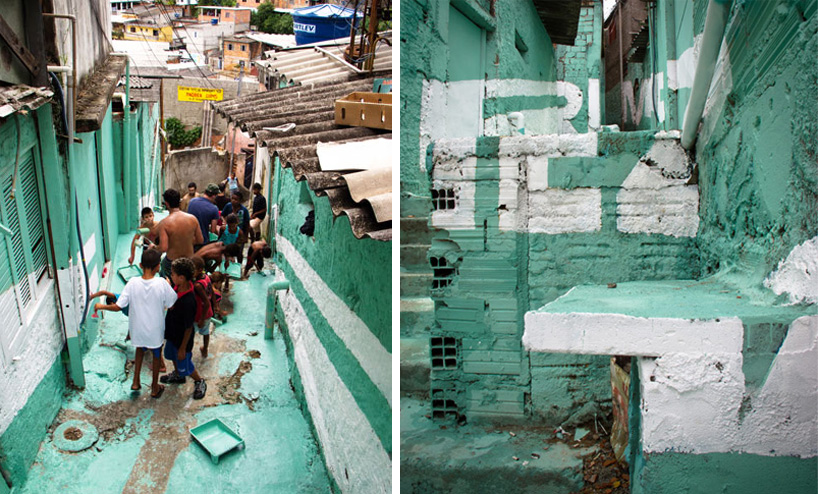 left: local children help boa mistura complete the interventions right: view of ‘firmeza’ from an angle other than the ‘intended view’ 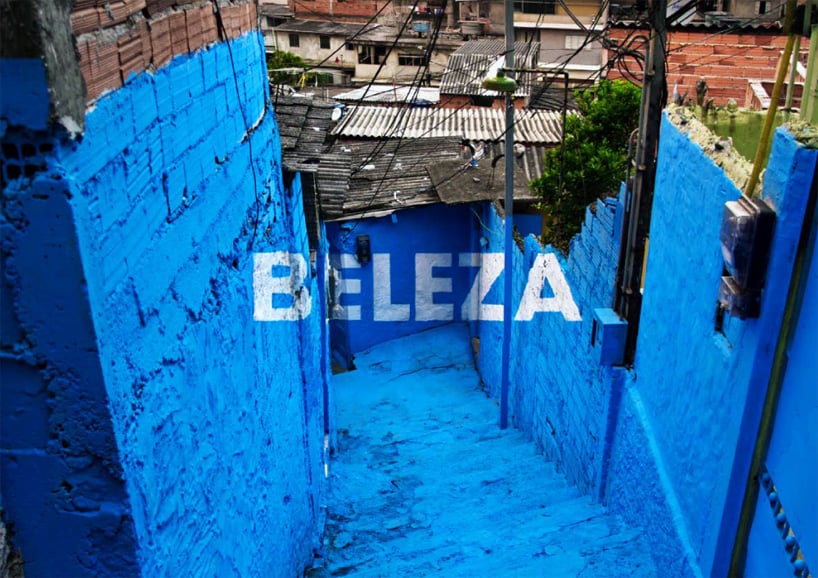 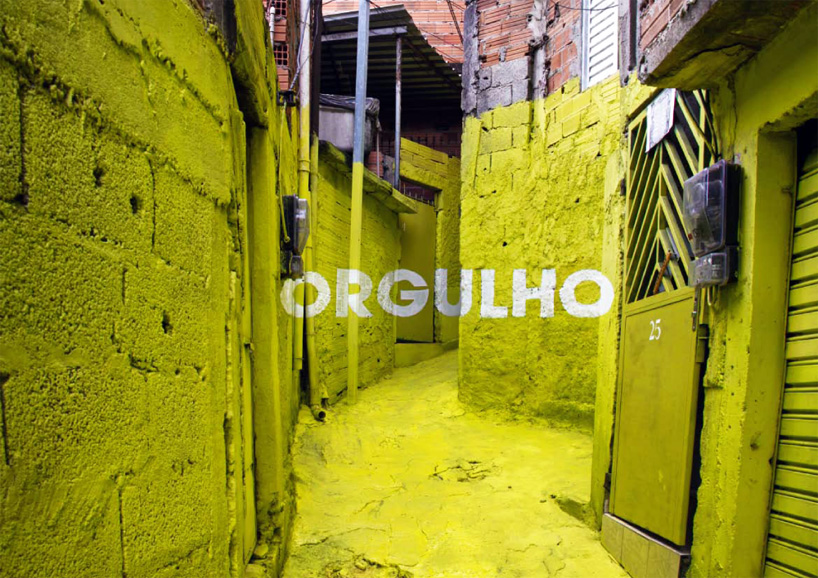 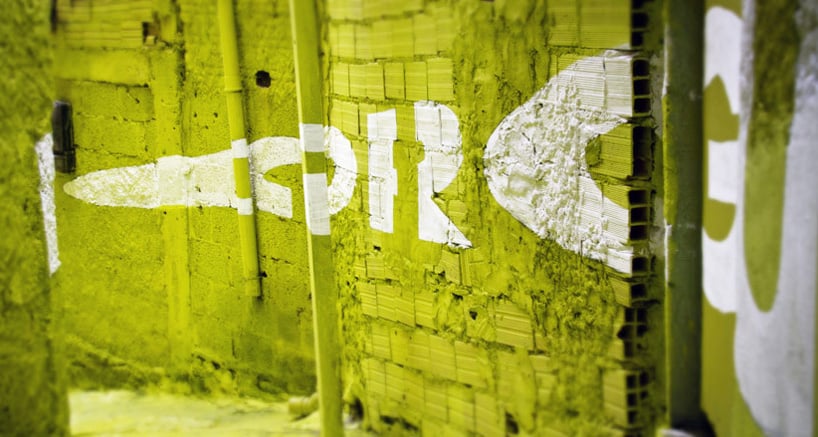 view of ‘orgulho’ while walking along the street