seoul-based salt studio presents a surreal art piece titled ‘origin: korean futurism’. the project explores the relationship between nature and (asian) futurism, and in particular korean futurism, by putting forward the idea that futurism is inspired by nature. to communicate this, the artwork centers on a floating rock in the middle of a forest. the huge stone then magically blooms to life with an array of delicate white flowers.

‘the beginning is nature. we are inspired by profound intricacies found on earth and we reinterpret them in our mind. our imagination takes shape and blooms into something mysterious, waiting for it to be named,’  says salt studio.

the futurism movement originated in italy in the early 20th century. the artistic movement focused on the progress of science and technology and themes like dynamism and speed. instead, the creative team at salt studio introduces their idea of korean futurism, positing that futurism is inspired by nature. they look to explore more modern motifs of nature and futurism through landscape, architecture, and fashion. this piece was made using real footage filmed on jeju island in south korea combined with 3D art rendered on cinema4D and adobe after effects 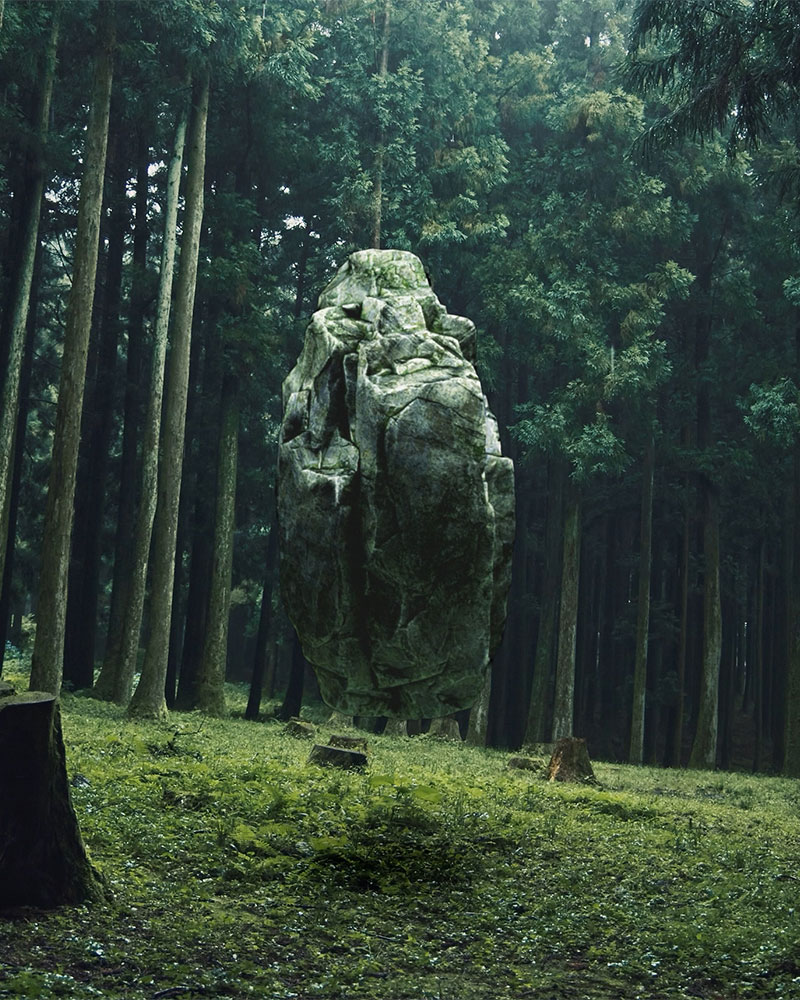 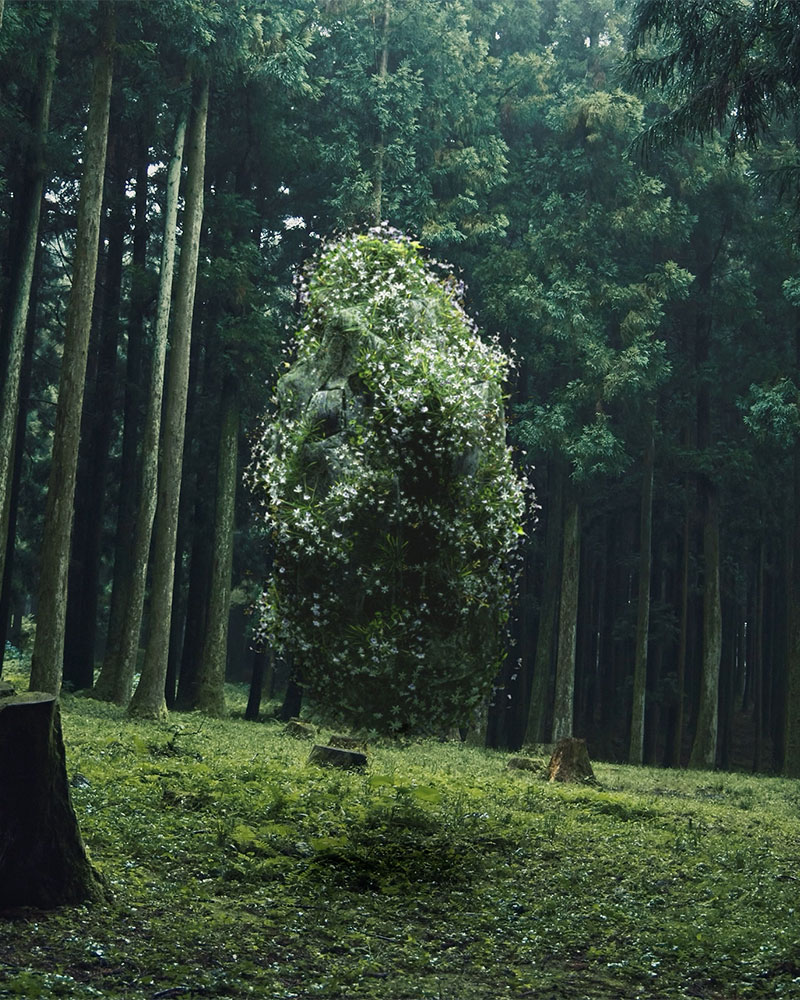 salt studio is a creative company based in seoul, south korea

Jul 30, 2021
a giant snake moves down a massive staircase in this graffiti by SFHIR in portugal
dubbed the golden legend, the large-scale graffiti by SFHIR explores the opposition between a little girl and a king cobra snake.
art
0 shares
connections: +460