as part of a larger body of sculptural essays, dutch artist florentijn hofman introduces a monumental ‘bospolder fox’ to the urban fabric of rotterdam. gripping a plastic bag in its jaws, the 16-meter-long animal towers overhead a congested intersection which separates the neighborhoods of bospolder and tussendijken — an area of the city where, in the evening, foxes are commonly seen. with the enormous public artwork, the artist suggests a clash between the two realms of the city and nature. hofman supposes that because many inhabitants of rotterdam come from elsewhere, the city must therefore keep its gates open to nature, to newcomers, and to new perspectives. 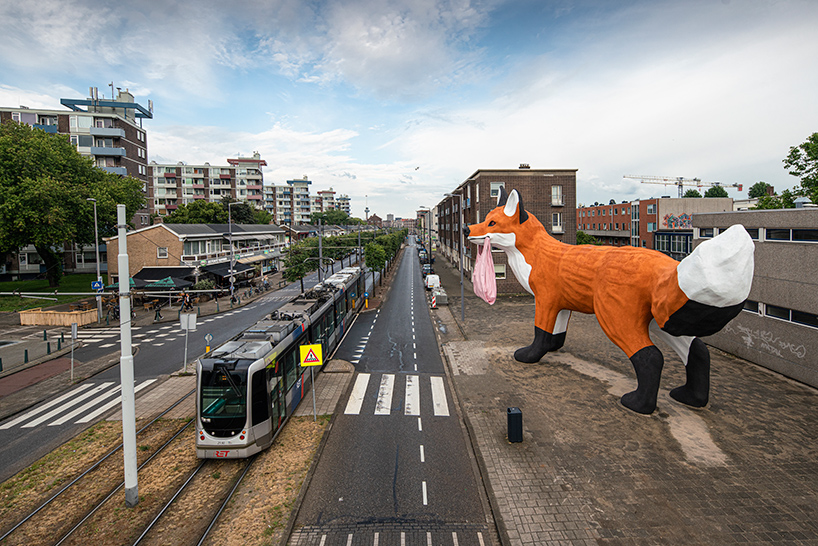 all images by frank hanswijk

the design of florentijn hofman’s ‘bospolder fox’ is driven within two conceptual frameworks. the first recognizes the distinctly non-urban naming of the district, which hybridizes the woodland (bos), drained marshland (polder) and dykes (tussendijken). these features recall the memory of a rural landscape, now invisible. in the past, it was claimed that ‘the beach lies buried beneath the kerbstones’ — here it is marshland that lies buried. the second source of the design comes from a study of the road on which the project is sited, as hofman and three other artists had taken part in a competition to design an artistic contribution to the dense traffic artery. hofman notes that many parts of the road are too busy, too narrow, or too ‘finished,’ thus disqualifying the eastern end of road as a location, and favoring the intersection. 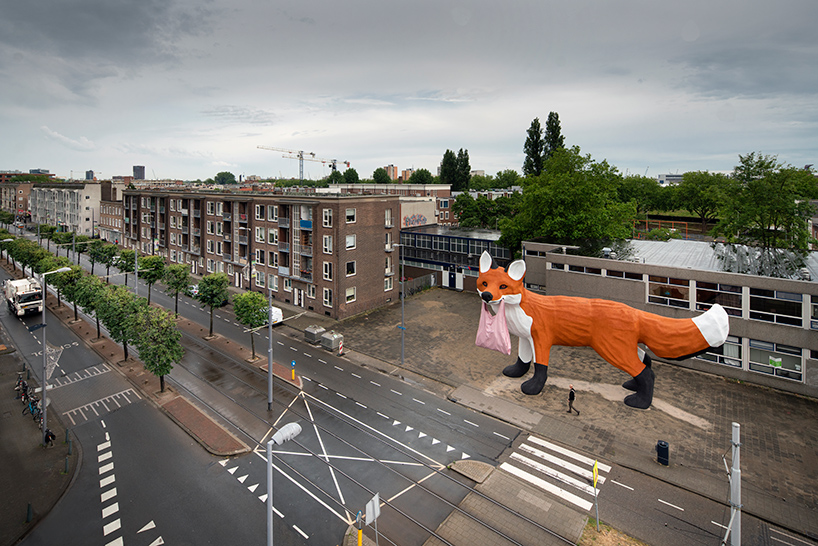 the artist orients his enormous fox with a clear, spatial intention. the fox is aligned lengthways to best define the lines of sight from whichever angle it is viewed, from the muzzle end or the tail end. visitors are invited to shelter beneath it, while children are welcome to play between its paws. the fox does not stand along the most attractive section of the road as the site — paved with square concrete tiles and is irregularly oversized — exudes a disturbing feeling. for the sculpture itself, however, this presents an advantageous condition. the creature does not belong in a tidy park, but is most likely to sneak through the city’s shadowy crevices. the sculpture’s rounded edges and vibrant colors stand in contrast with its backdrop of grey, austere architecture, resulting in a synergy between the work and its surroundings. 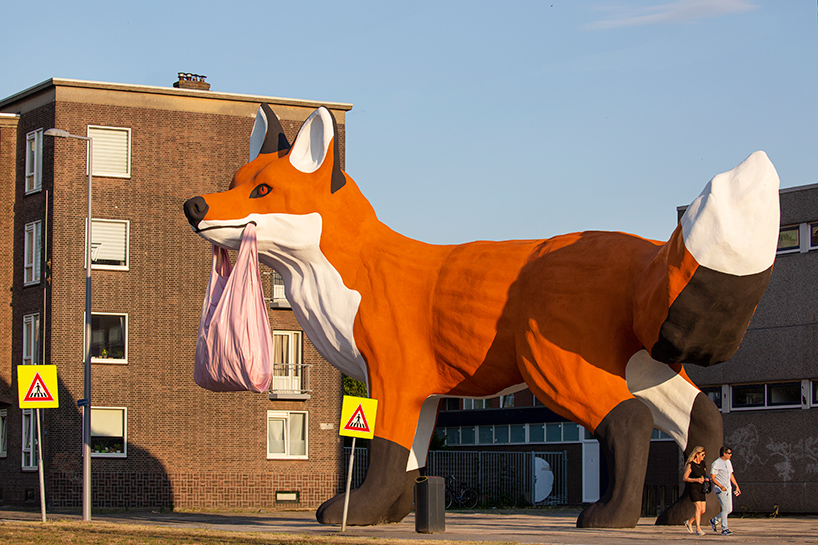 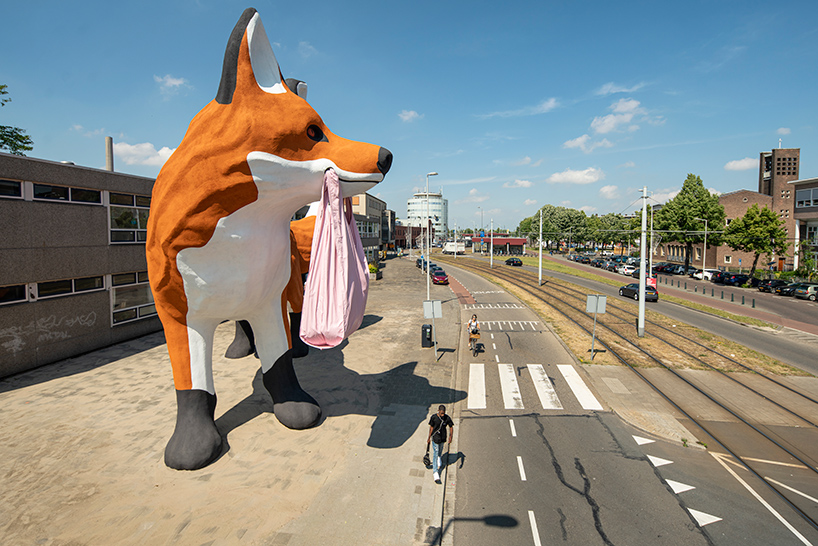 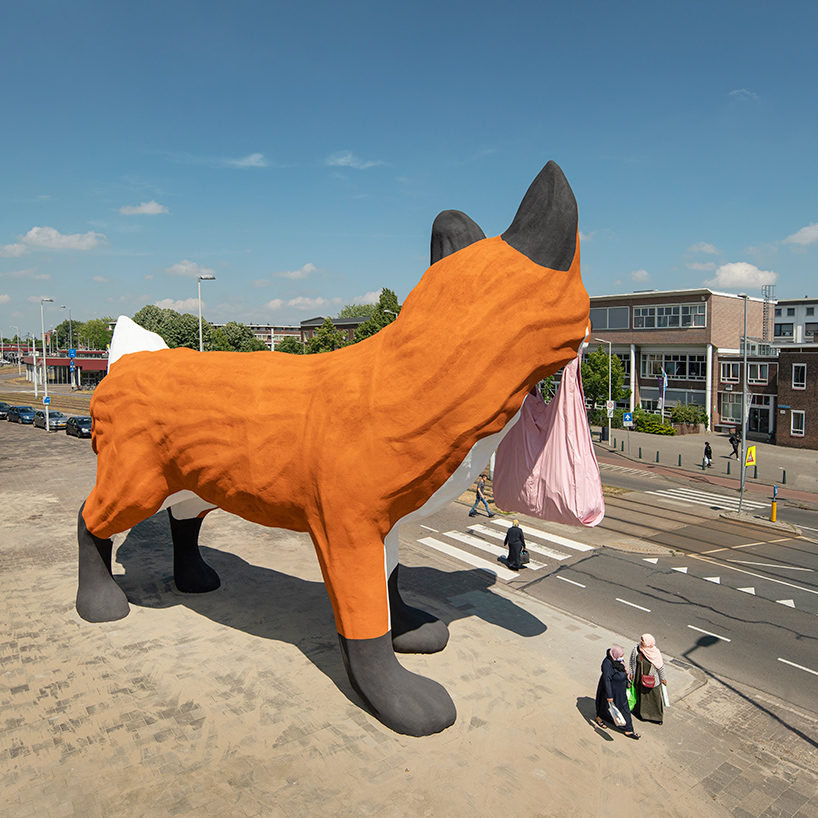 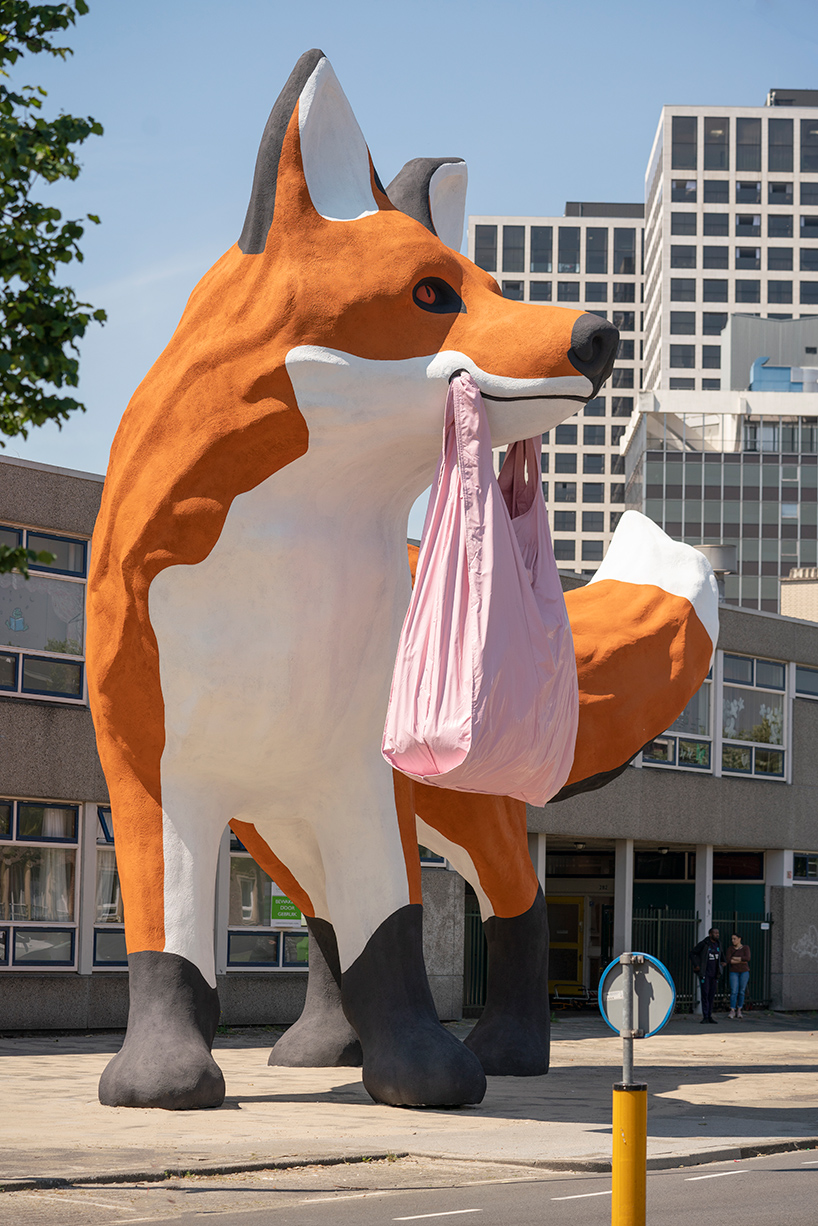 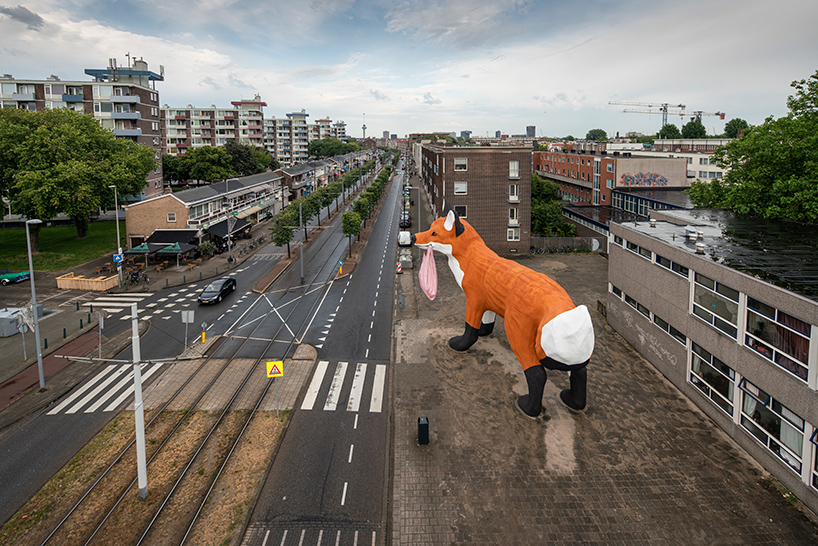