‘fat monkey’ by rotterdam-based artist florentijn hofman is a giant site-specific project created for the pixelshow conference in sao paulo, brazil. the latest addition in a series entitled ‘obeastitas’, the comically over-sized monkey sculpture is an inflated form clad with thousands of the brazilian icon — the flip flop. the resulting pixel-like effect lends the monkey a slightly fuzzy appearance from a short distance but gradually grows clear from afar. the installation was constructed with the help of local students. 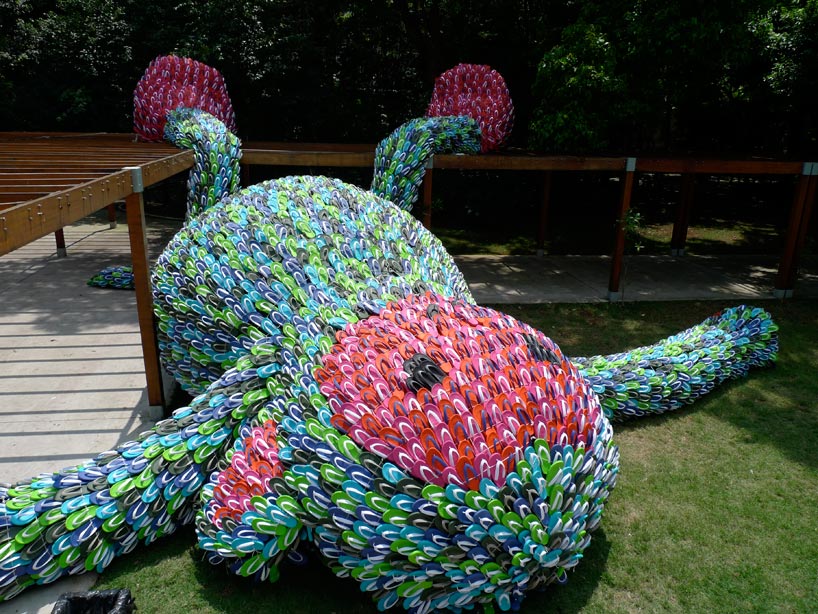 the monkey was created for the pixelshow conference in sao paulo, brazil 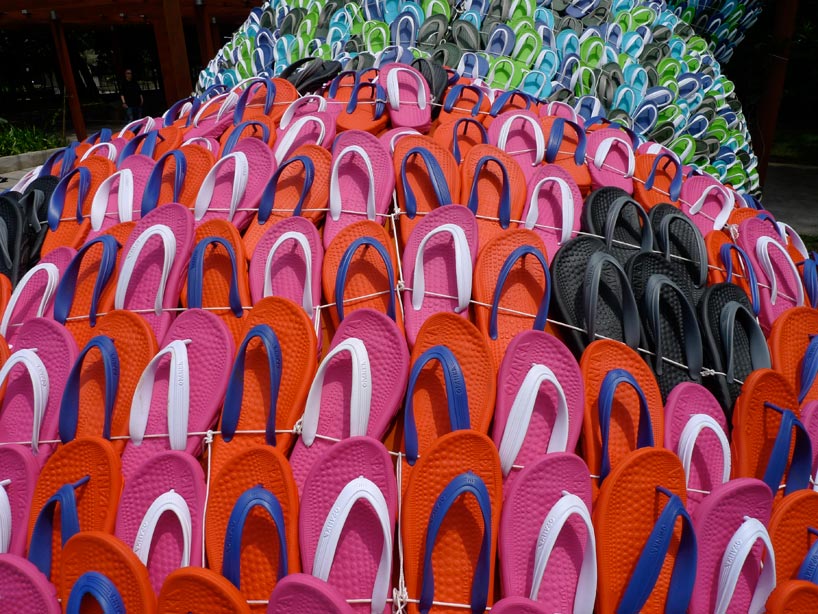 the skin of the monkey is made entirely from flip-flops 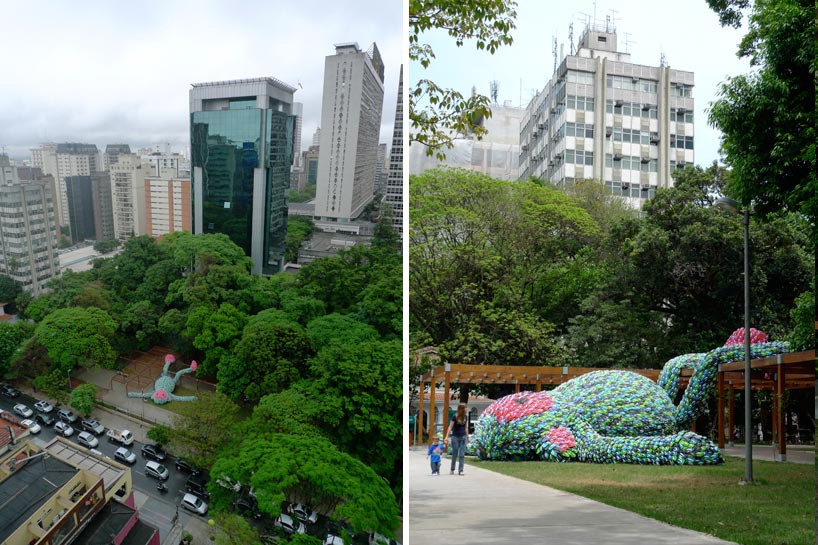 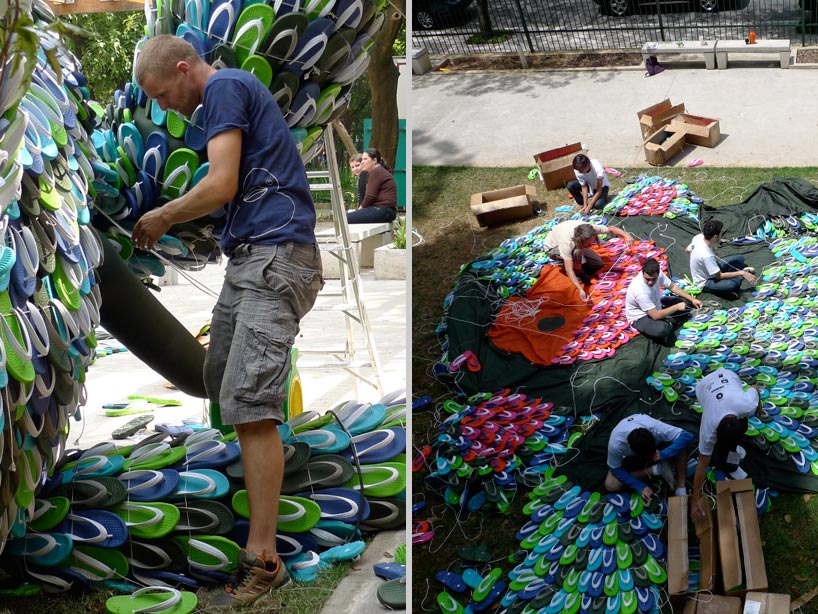 construction shots: florentijn hofman on the left putting the giant beast together 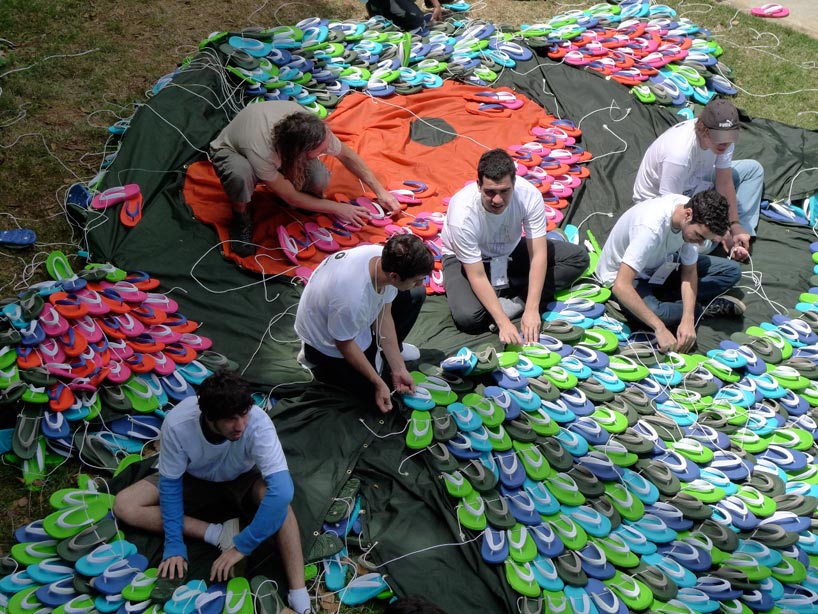 the project was made with the help of local students 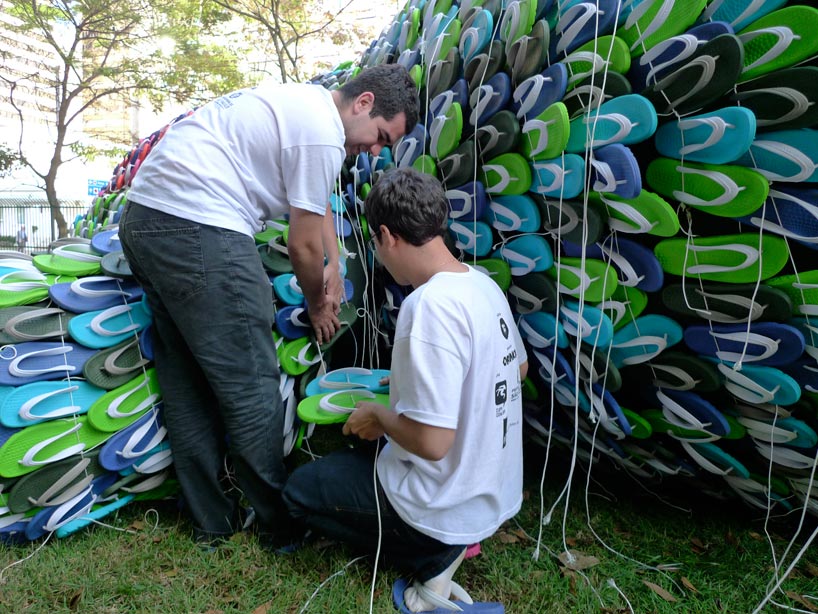 in the past hofman has made a giant rabbit, aardvark, snail and rubber duck 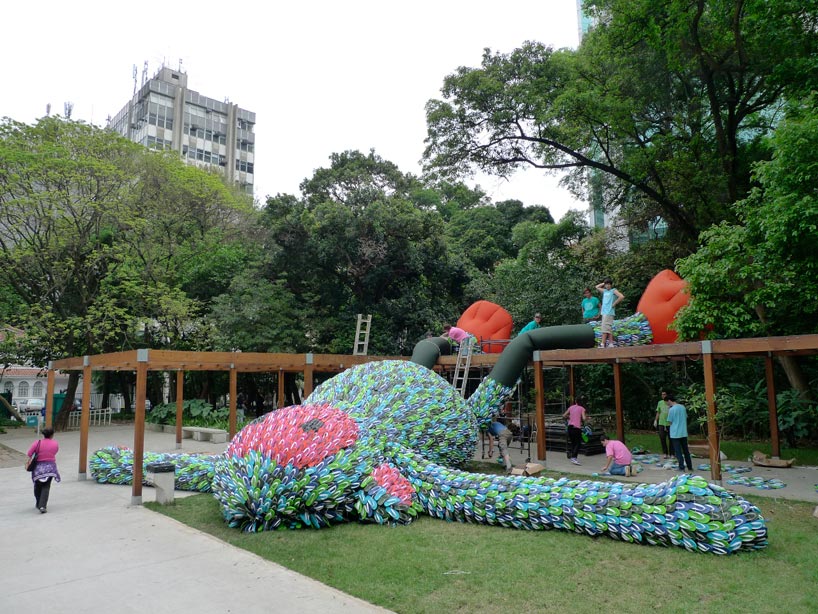