in a new seaside development in shenzhen, china, a larger-than-life sized creature sits in the center of a public park. ‘kraken’ is the brainchild of dutch artist florentijn hofman and takes the shape of an oversized — yet friendly-faced — octopus. hofman is renowned for his scaled up animal sculptures, which have been spotted in cities from london to shanghai. for ‘kraken’, the artist collaborated with the shanghai team of UAP studio on the build of this enormous and immersive playscape. 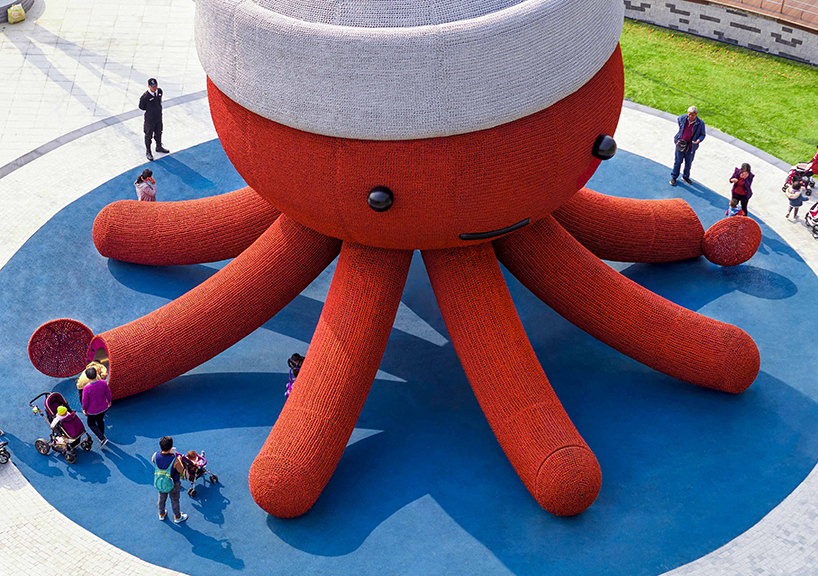 all images courtesy of UAP

commissioned by vanke group’s one city development, ‘kraken’ forms an engaging and inhabitable space for children and adults alike. the enormous figure’s quirky form subtly draws from history of the site, which — until recently — was occupied by a former soviet aircraft carrier-turned theme park. hofman worked closely alongside the team at UAP throughout the design, development, and fabrication of the project, investigating the materials required to bring ‘kraken’ to life. providing an imaginative space for families to explore, visitors enter the playscape through the character’s tentacles, where they climb through a netted abyss. upon arrival to the top, a large playable space awaits within ‘kraken’s’ rounded head. 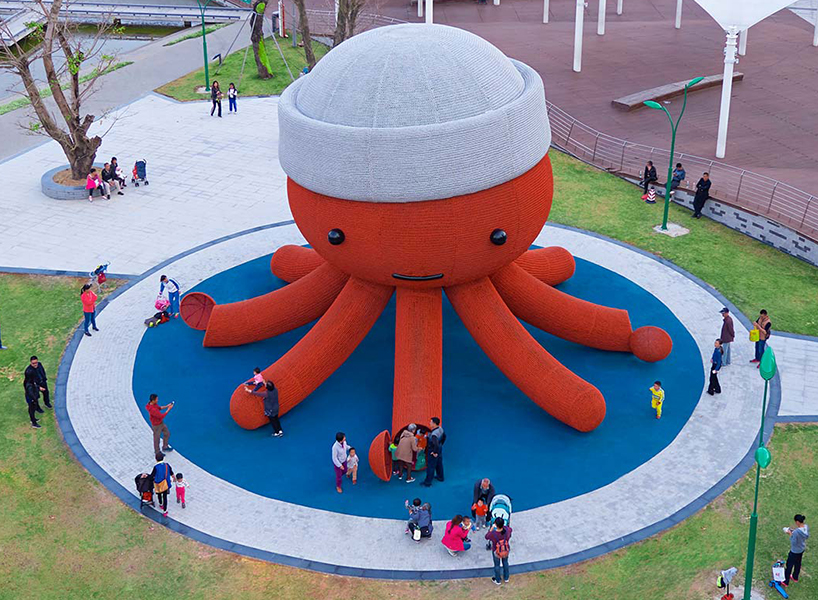 the playscape resides at a seaside development in shenzhen, china 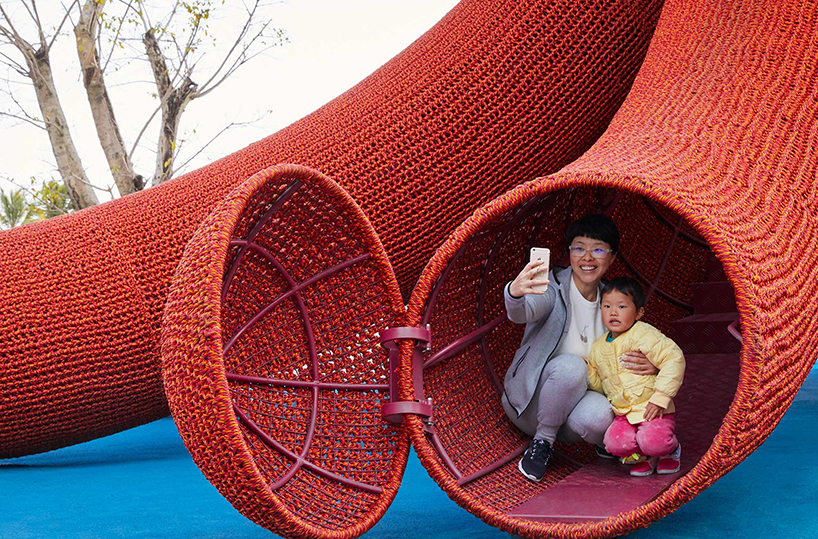 visitors enter the playscape through the octopus’ tentacles 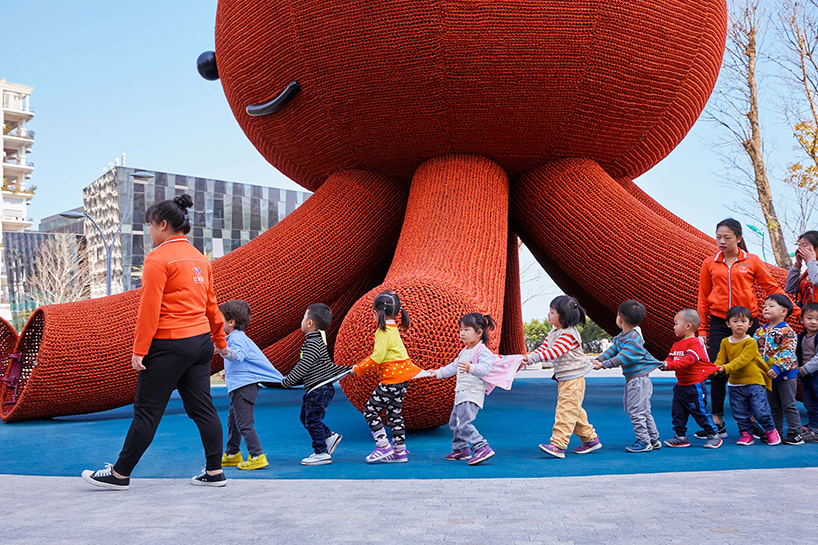 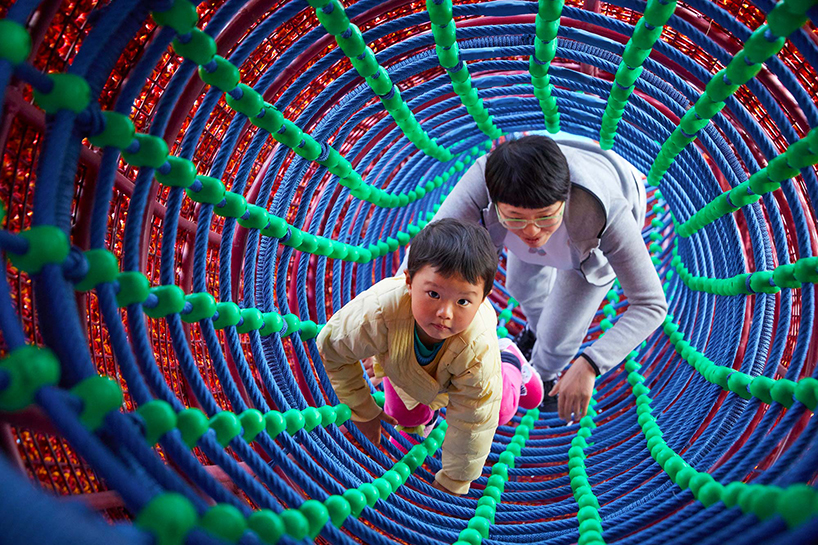 a netted ladder awaits within the tentacles 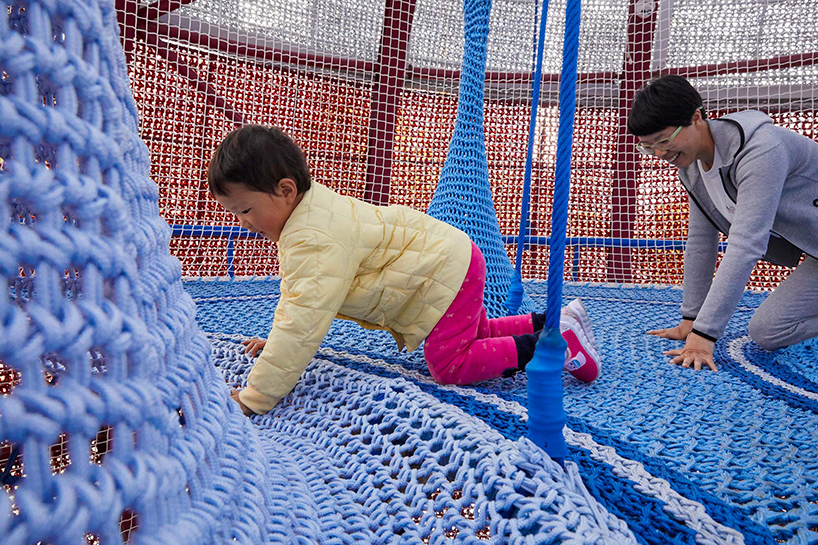 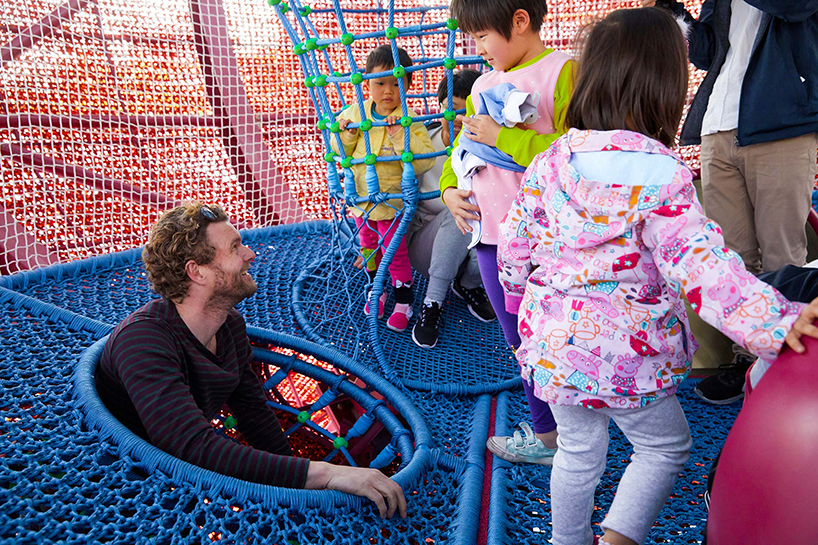 hofman finds himself inside ‘kraken’s’ head 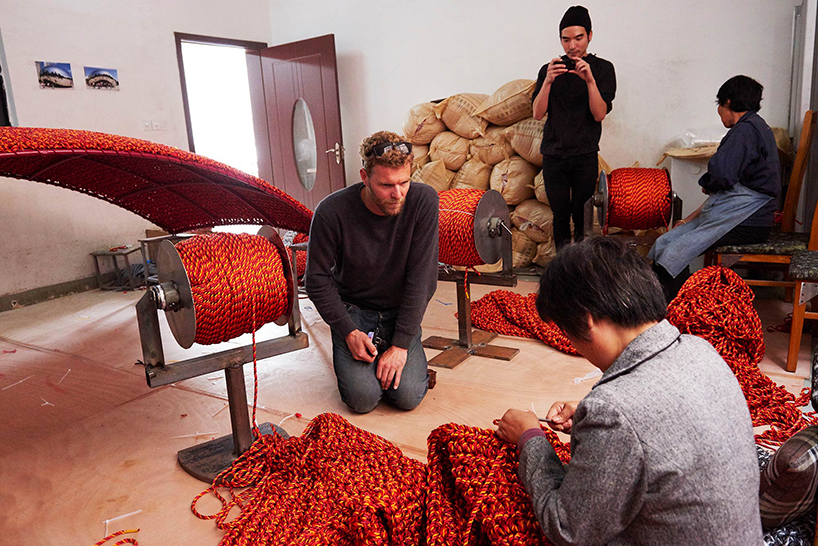 hofman and UAP worked together throughout the design, development, and fabrication of the project 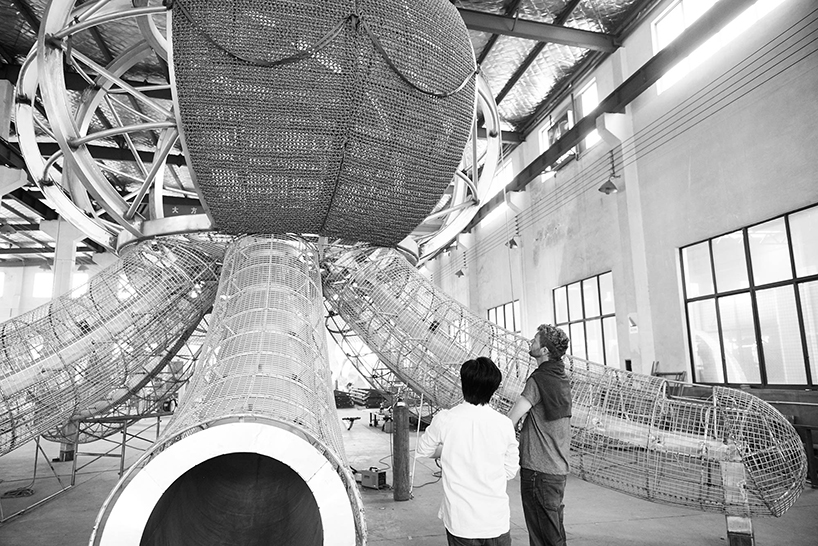 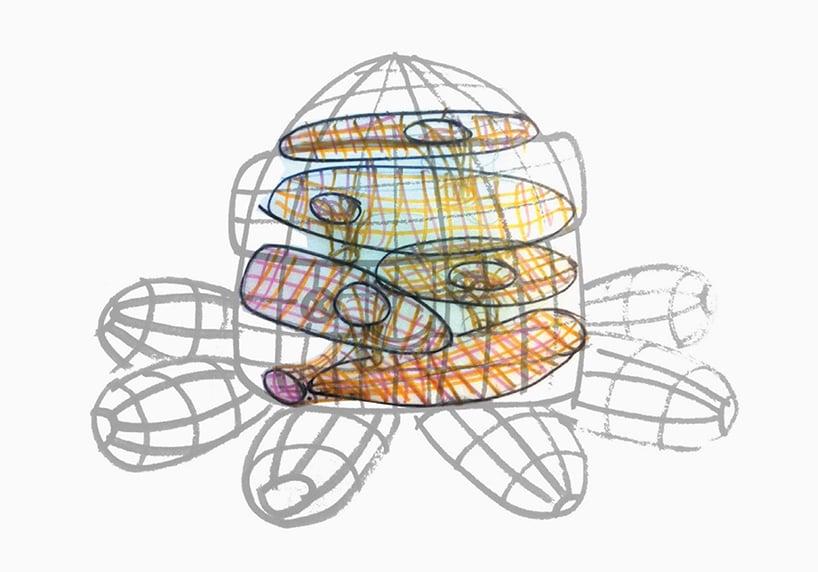 sketches indicate the immersive nature of the playscape