hamburg-based artist, florian borkenhagen currently has his work on show in the ‘transsakrales’ exhibition at gabrielle ammann // gallery as part of the passagen program of imm cologne 2010. the show exhibits his creations of new mobile work tools and religious treasures which he constructs through simple means and materials. continually in motion, while searching for anchorage, borkenhagen devotes himself to discovering the solution to this apparent conflict. he combines traditionally sacred elements together with locomotive constructions. these amalgamations result in new mobility devices and precious religious gems.

here, he has converted a wheelbarrow into a palanquin and replaced the load box with a chair so that one may be seated while being transported. he gives the traveling priest, pastor or preacher a customized, portable church (or mosque), transforming ones original perception of rigid sanctuaries.

portable religious iconography is borkenhagen’s way of poking artistic fun at the recycling trend while further exploring the way in which we relate to the meaning of objects in our immediate surrounding.

his work is a continuation of the arte povera tradition in which the banal becomes an artwork and through the transformation of the simplest of materials, a deeper meaning arises. 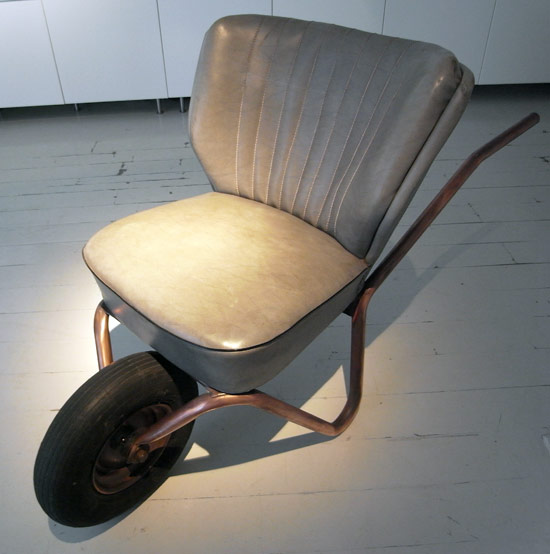 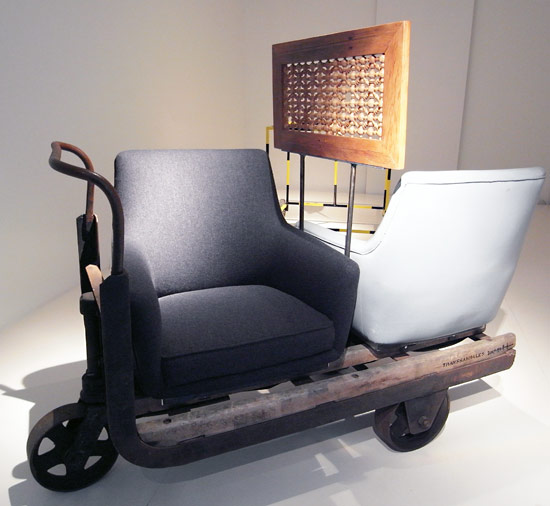 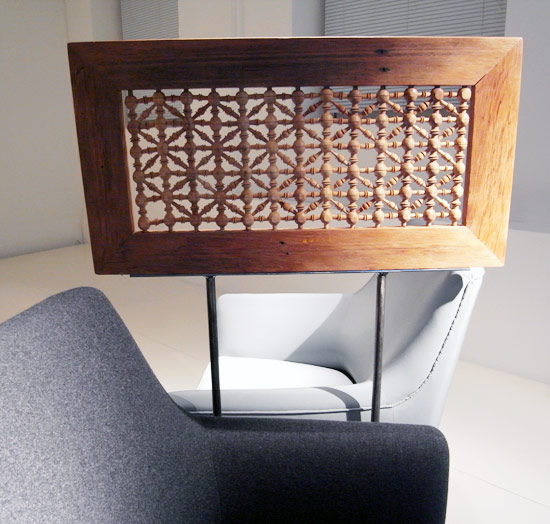 ‘scv ii’ is reminiscent of a confessional booth encouraging the confessions of sins but with a mobile twist. image © designboom 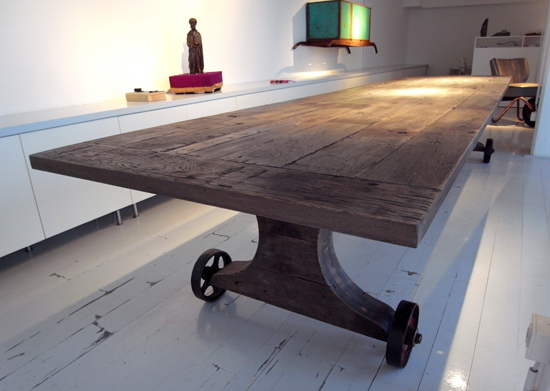 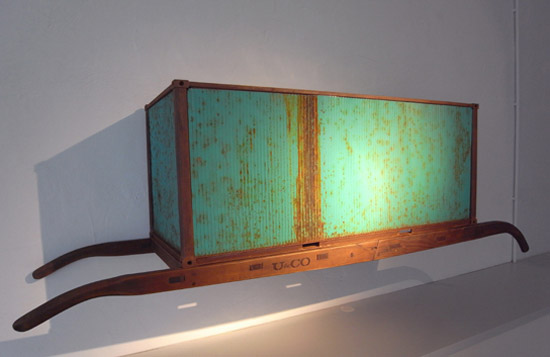 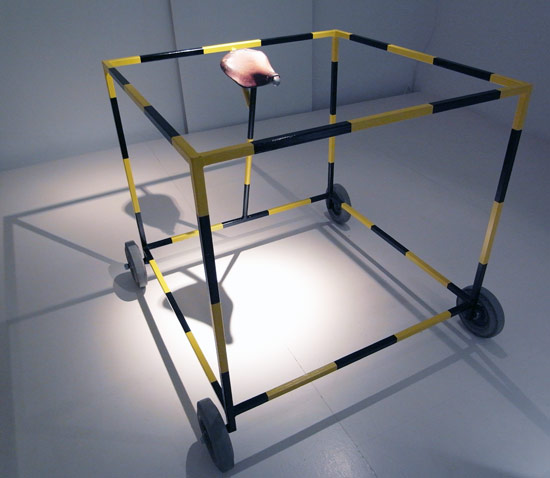 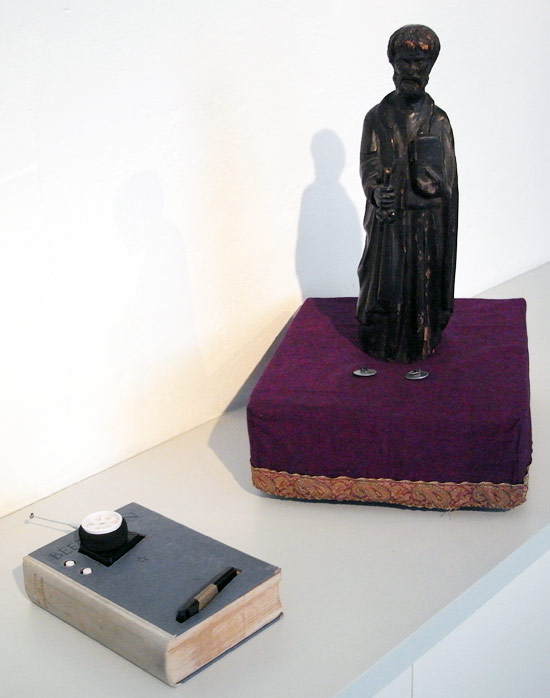 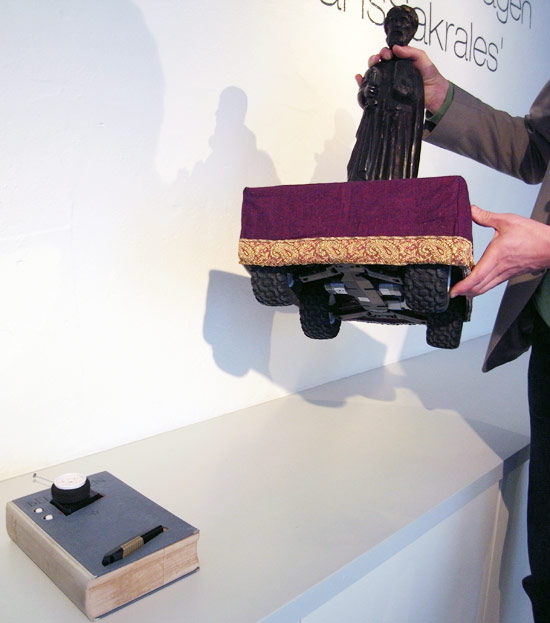 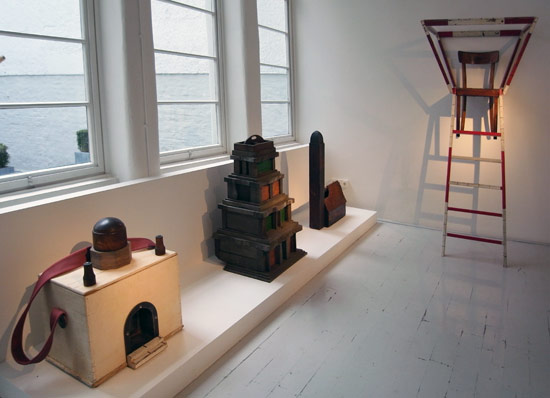 view of the exhibition image © designboom 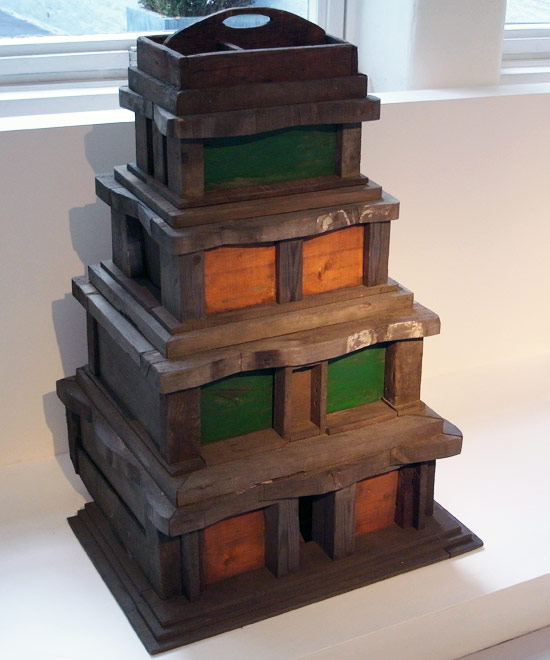 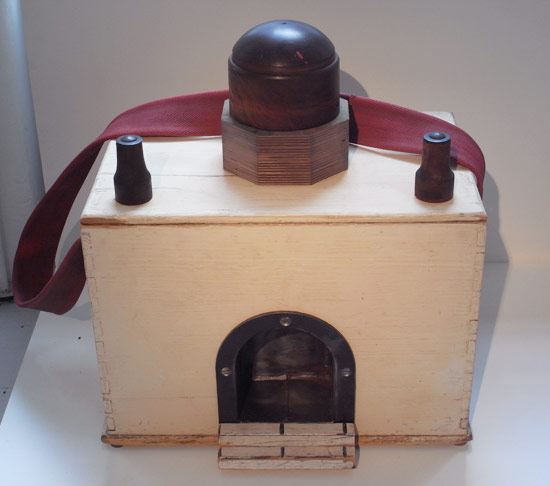 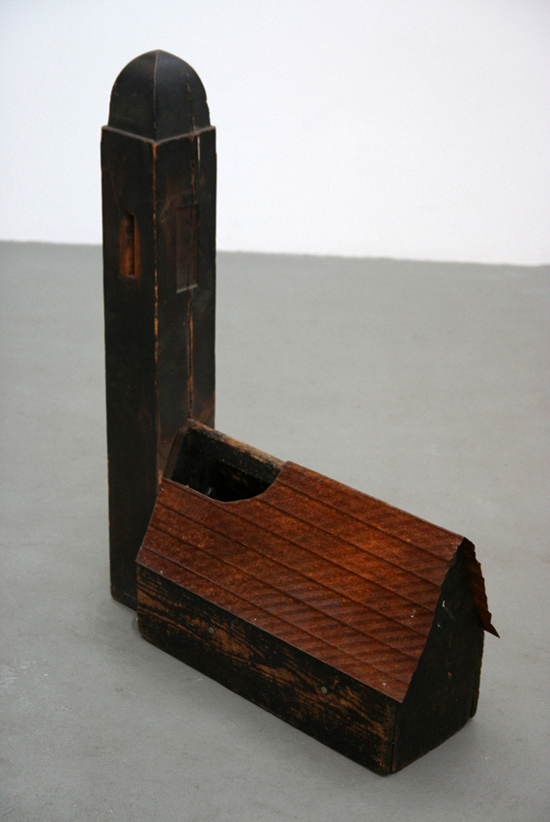 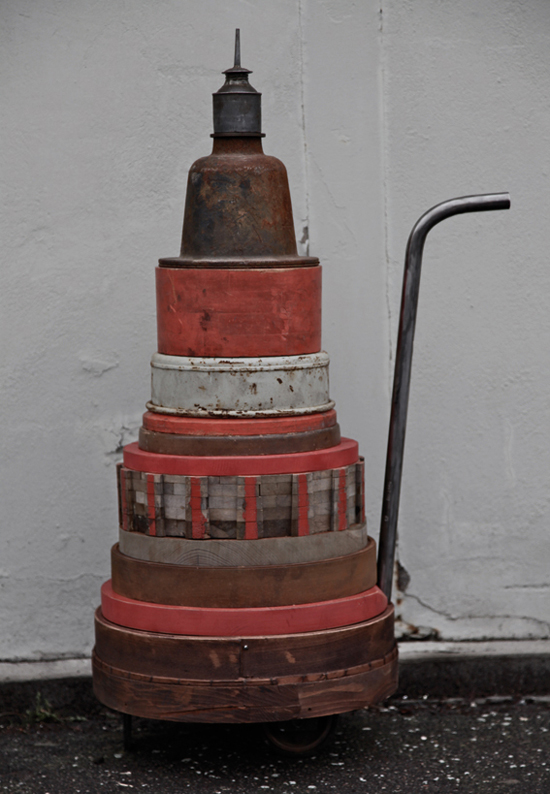 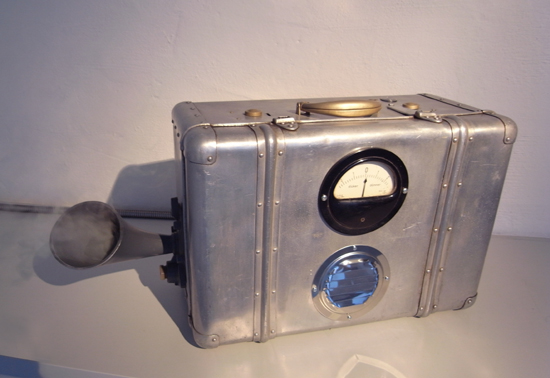 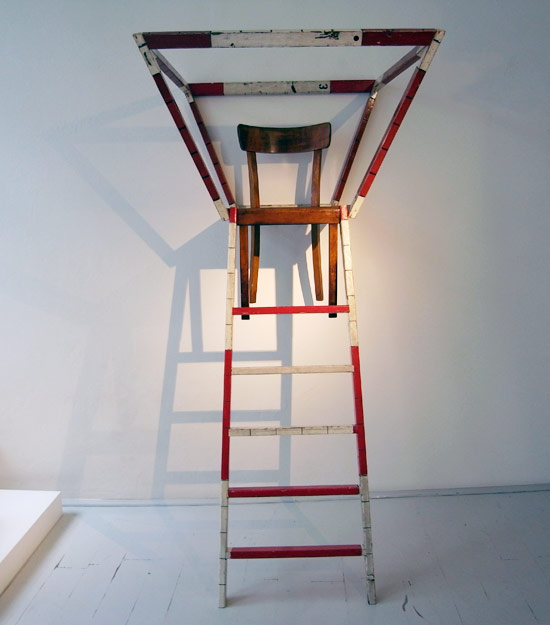 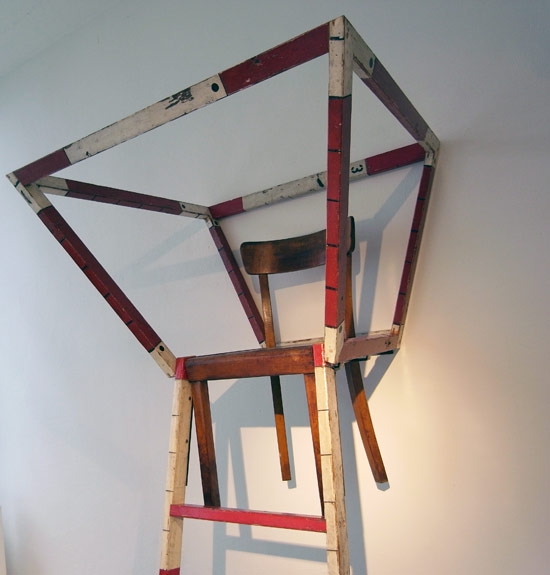 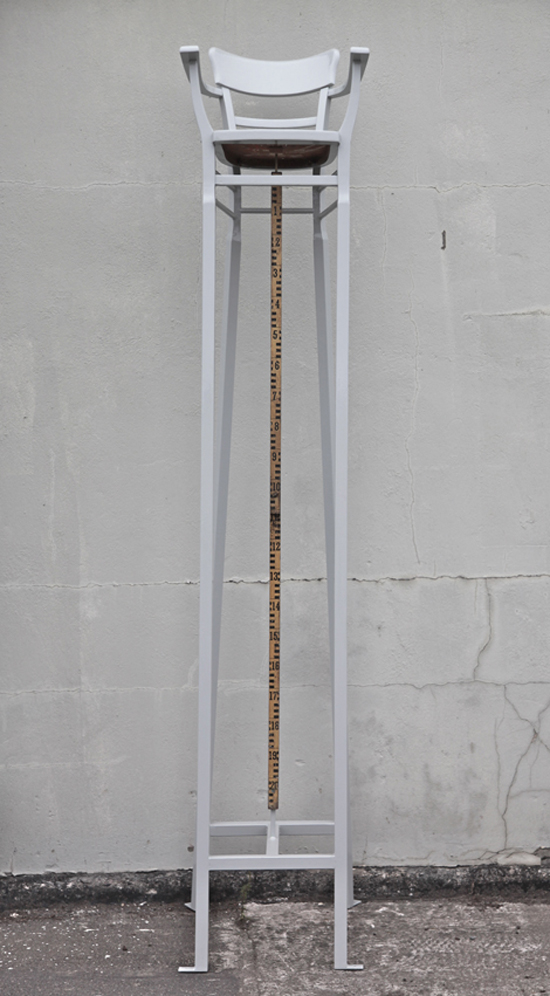 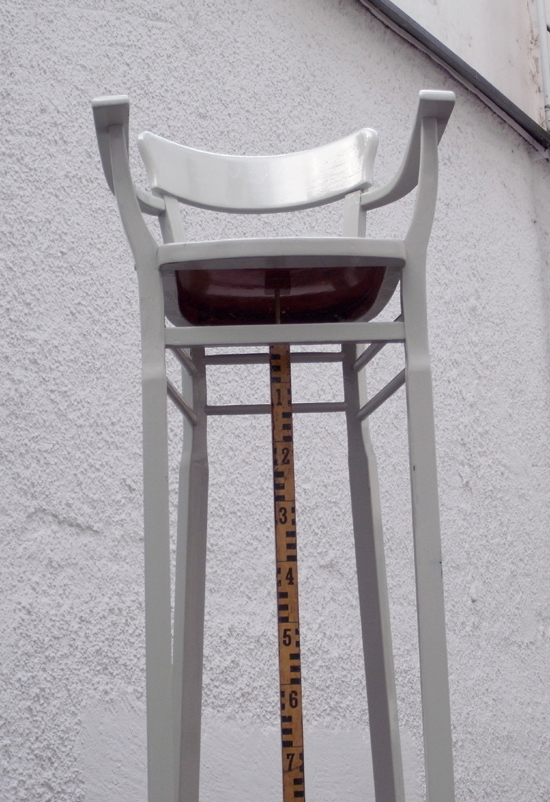 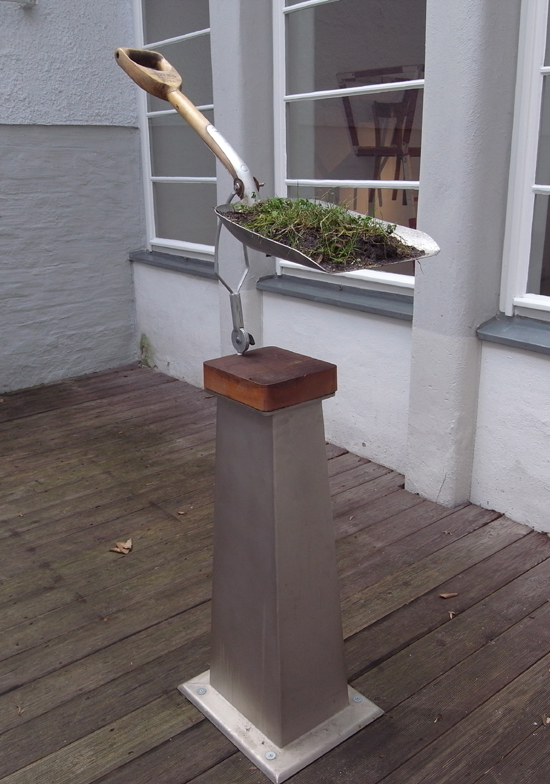