america euthanizes upwards of 1,000,000 pit bulls every year – a startling statistic. the breed falls victim to generalization and prejudice that associates them with violence, making them ‘disposable’ dogs to many unfit owners. for the series ‘flower power’, french photographer sophie gamand aims to soften the impression of pits, and challenge the way people look at and treat them by donning them in colorful crowns of greenery and blooms.

all of the models from the series are shelter pit bulls who were waiting for adoption at the time of the photograph (many of them still are). ‘I realized pit bulls were always portrayed in very urban, gritty photographs,’ gamand says. ‘the imagery associated with these dogs is often harsh, very contrasted, conveying the idea of them being tough. in my opinion, this feeds the myth that these dogs are dormant psychopaths. so I decided to take the other route and portray them like hippies, soft fairy-tale-inspired characters, feminine and dreamy. the idea of flower power blossomed.’ 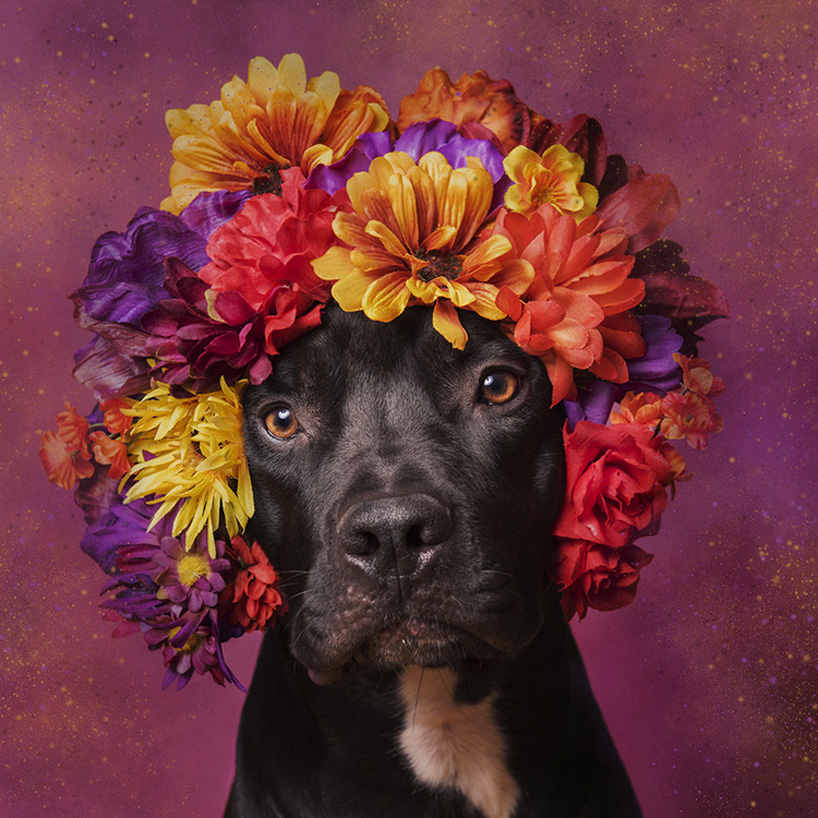 ‘this project started as an excuse for me to discover more about pit bulls, and to see for myself what the debate was about,’ gamand says. ‘were they really all crazy and dangerous? or were most of them simply the victims of a generalization? like many people, I admittedly had prejudices against them. I was savagely attacked as a child by a large dog (a briard) who left me scarred. I had a tendency to tense up around large energetic dogs, and the stories media filled my head with were not helping. but as an active volunteer with many rescue groups, I often came in contact with pit bulls and was slowly warming up to their sweet nature. I decided to confront my apprehensions and explore their soft side in a visual way.’ 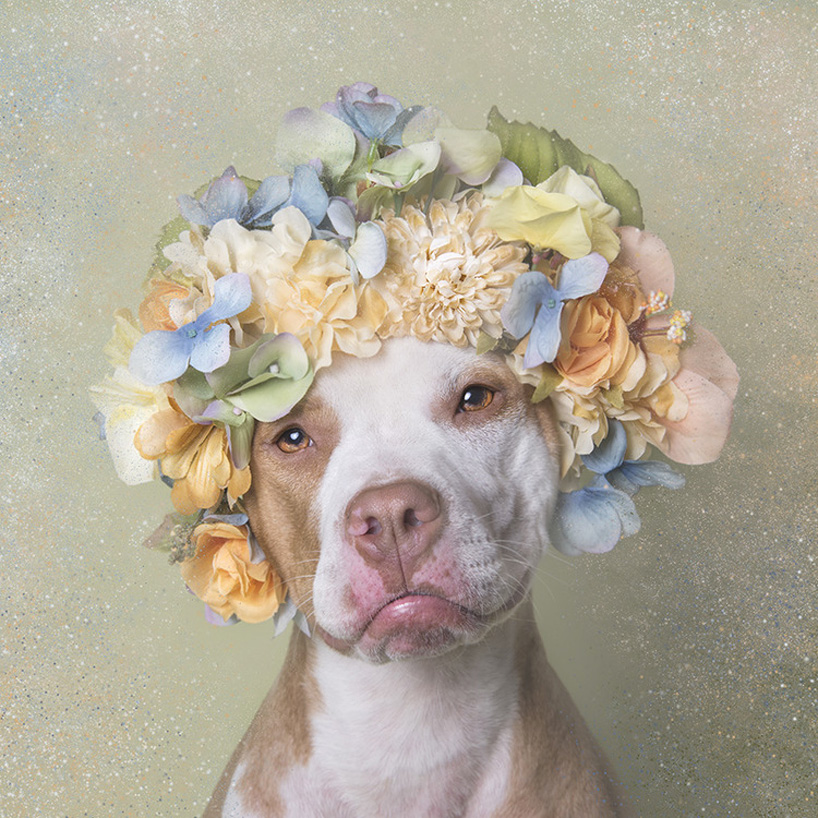 gamand made flower headpieces and approached three rescue groups in new york city with the idea: sean casey animal rescue, second chance rescue and animal haven all welcomed the project with enthusiasm. she set up a studio and photographed some of the pit bulls who were up for adoption. eventually, word spread of gamand’s initiative and she was approached by hempstead town animal shelter to organize a ‘flower power ‘shoot for their most urgent dogs. since then, gamand has continued to photograph the breed in these shelters and for other rescues, and hopes to take the project to other cities across the world. 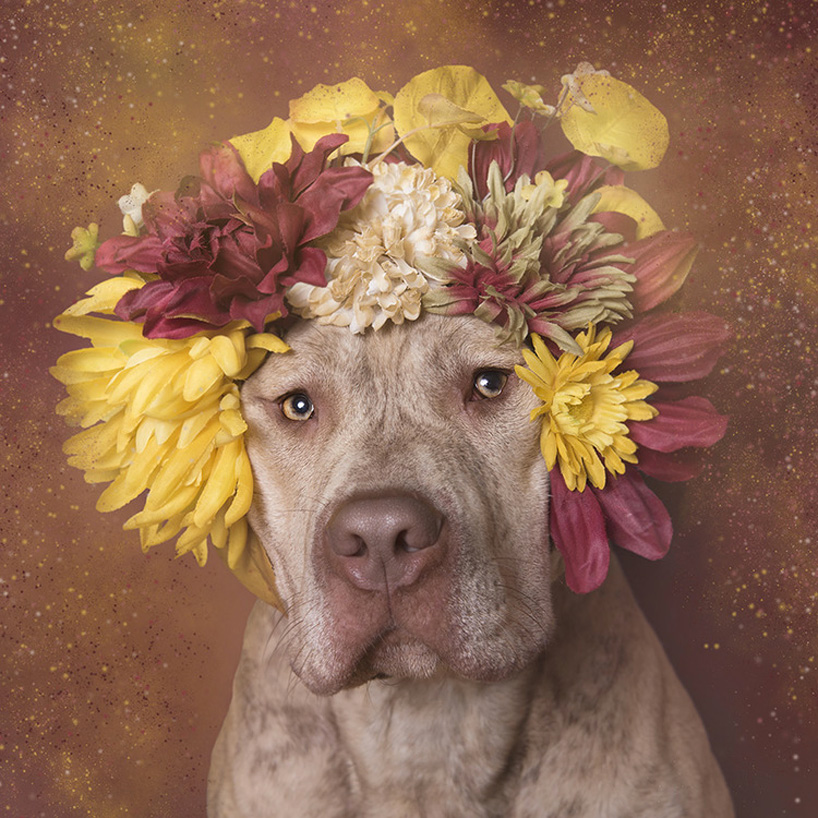 ‘flower power’ is on view at adrien / kavachnina gallery in paris from now until october 12, 2015. 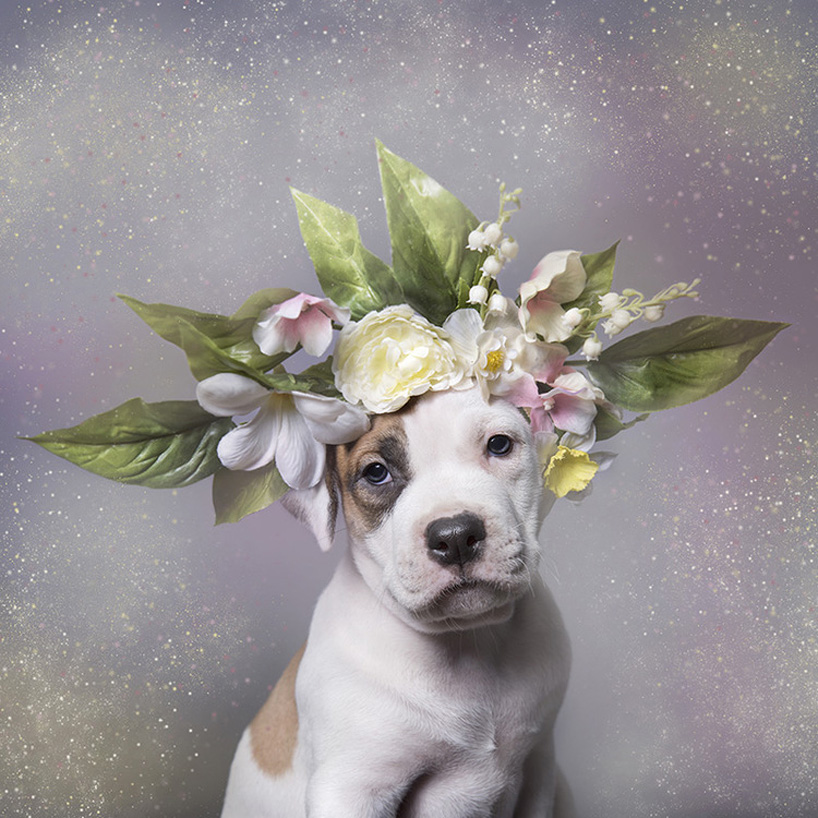 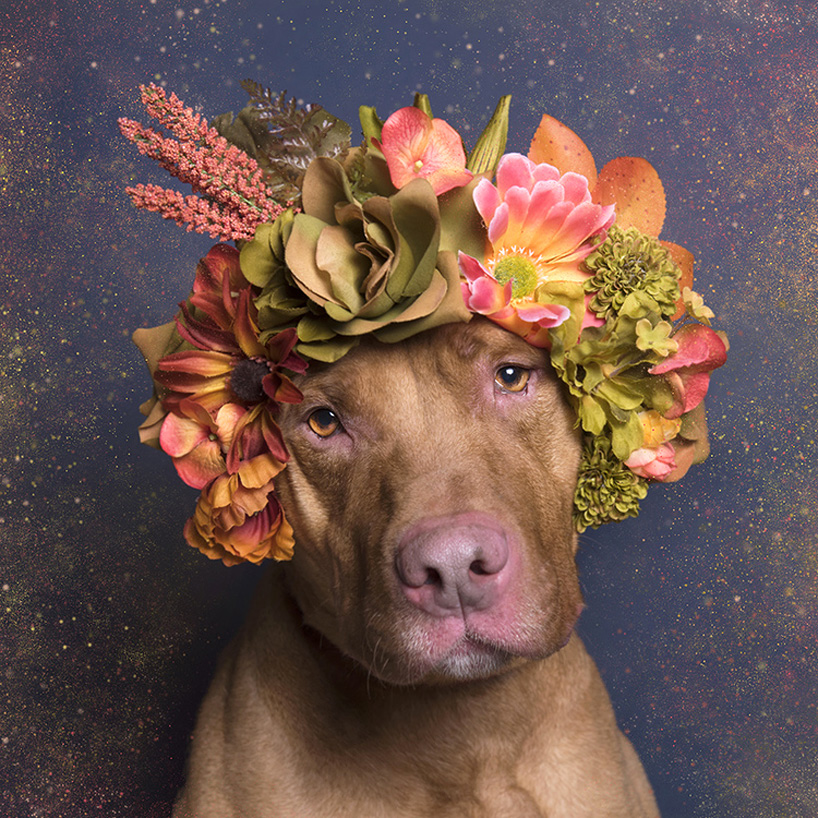 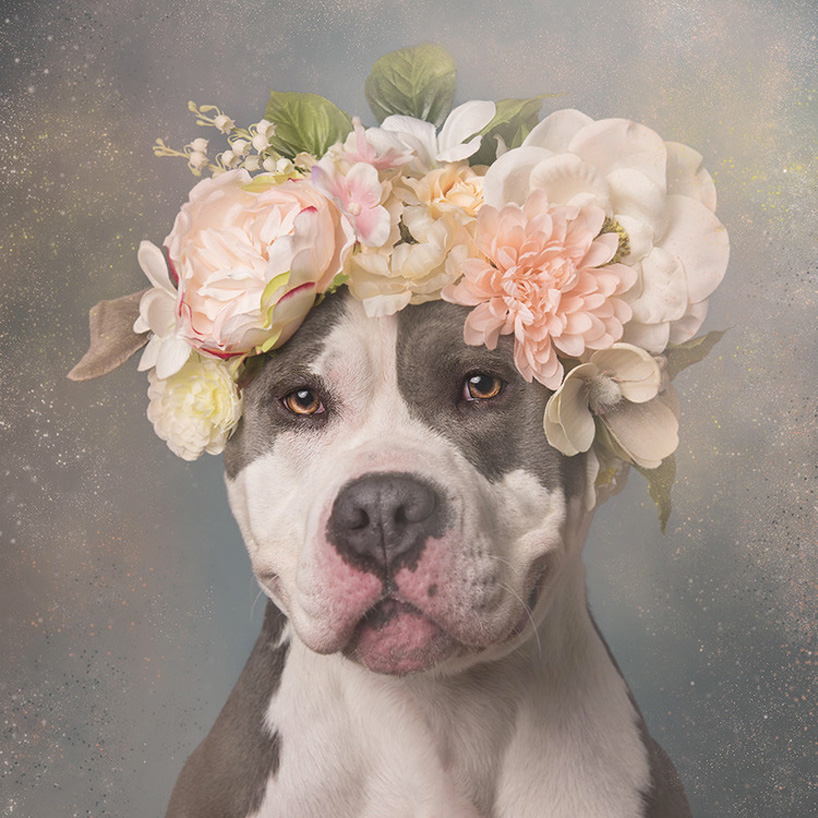 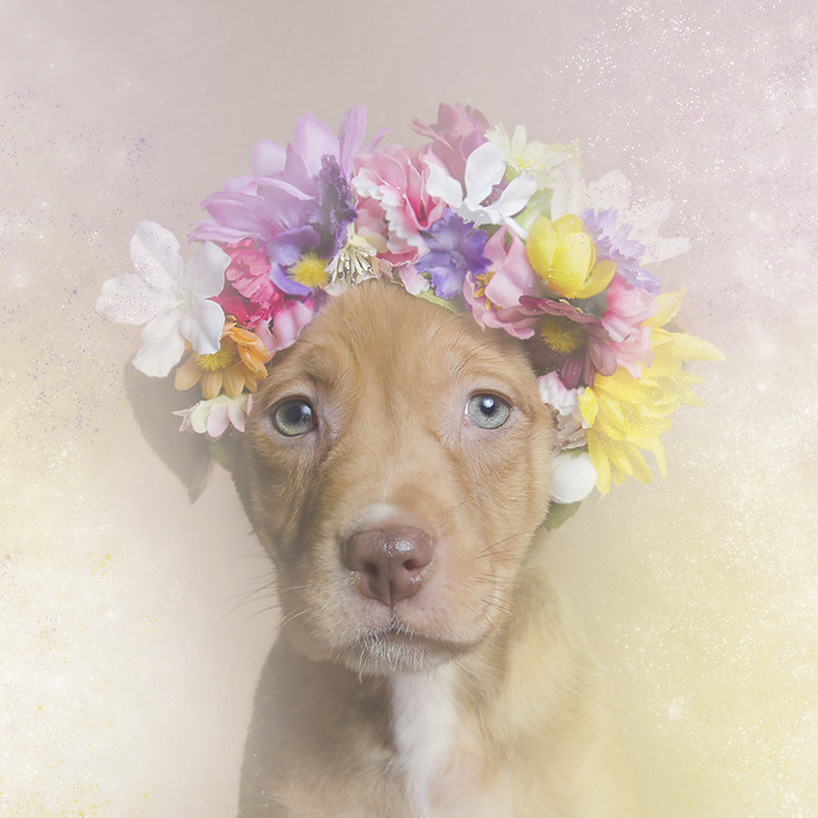 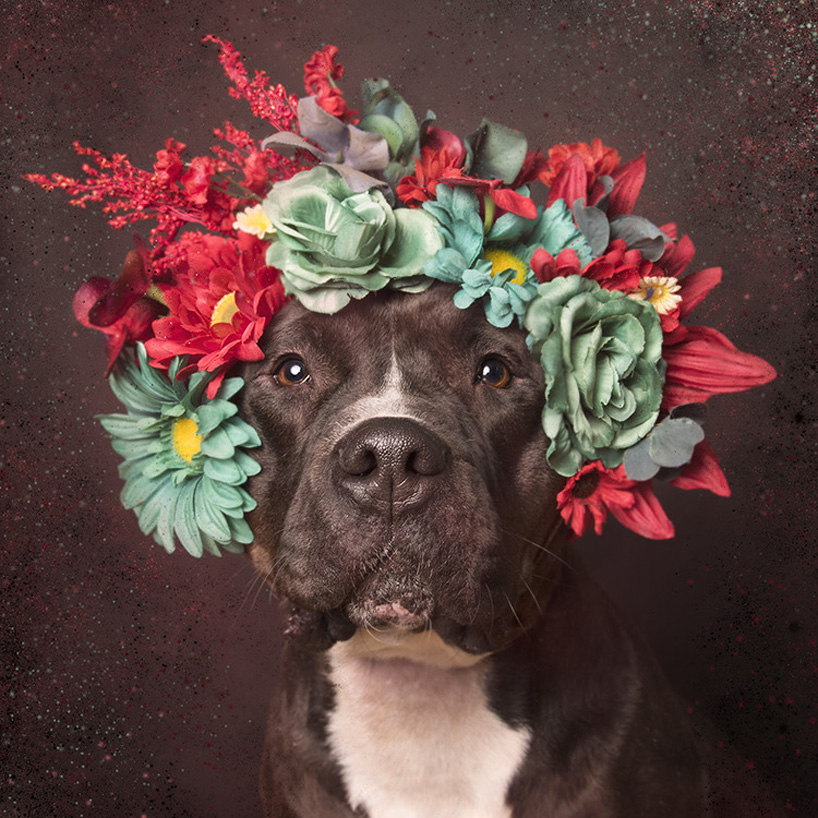 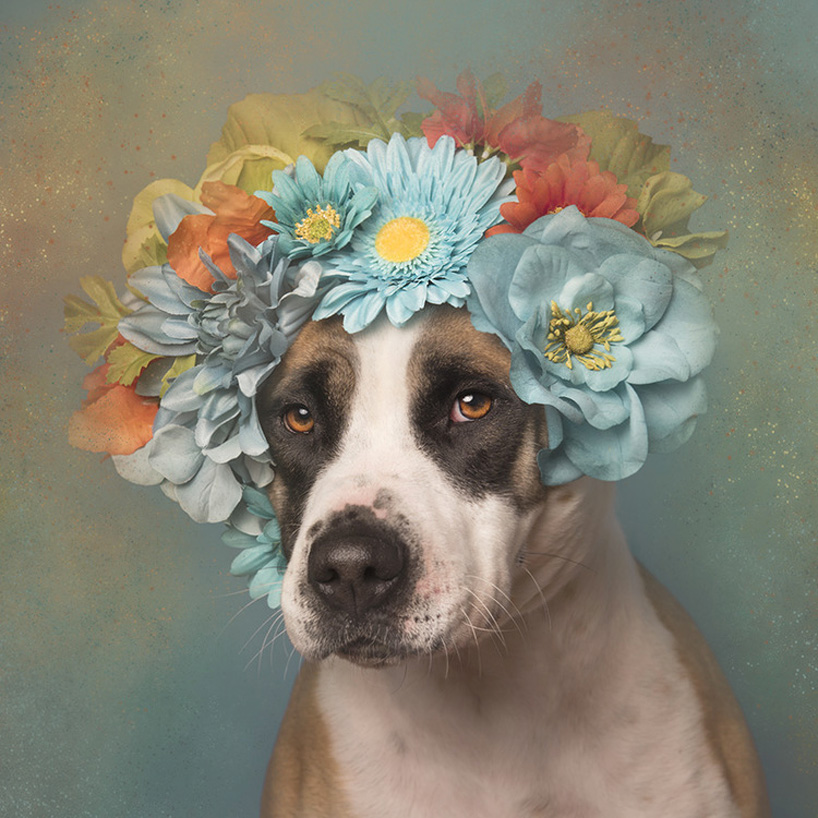 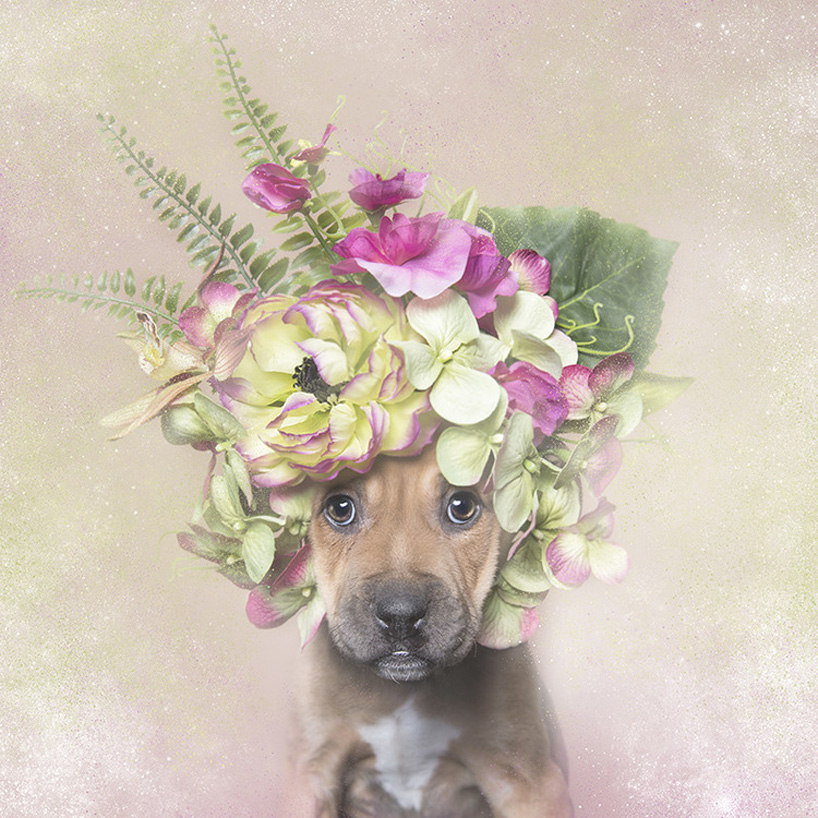 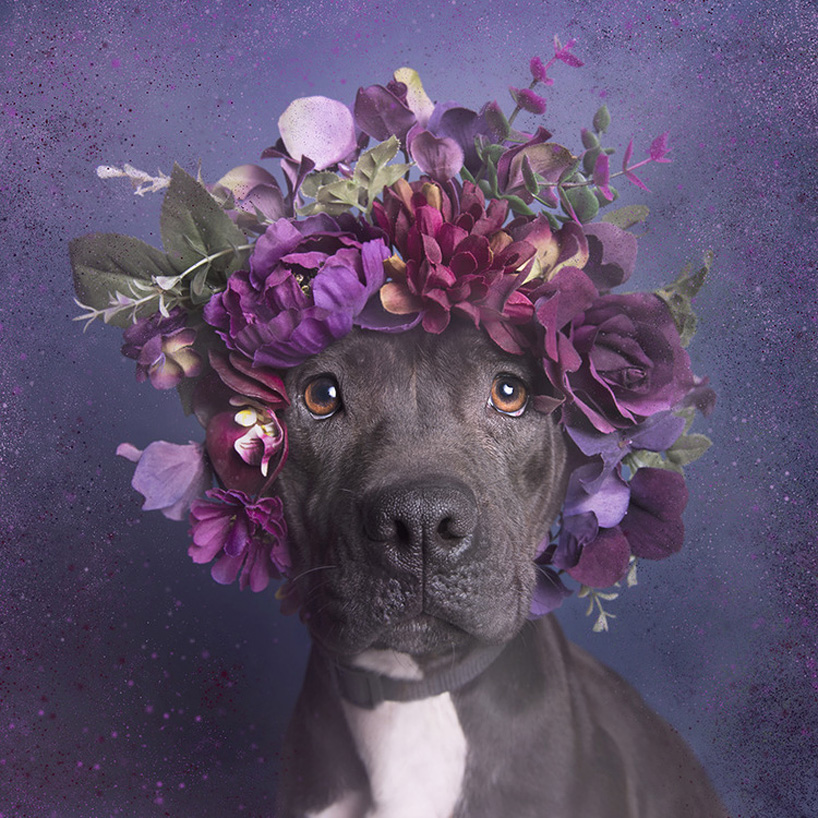 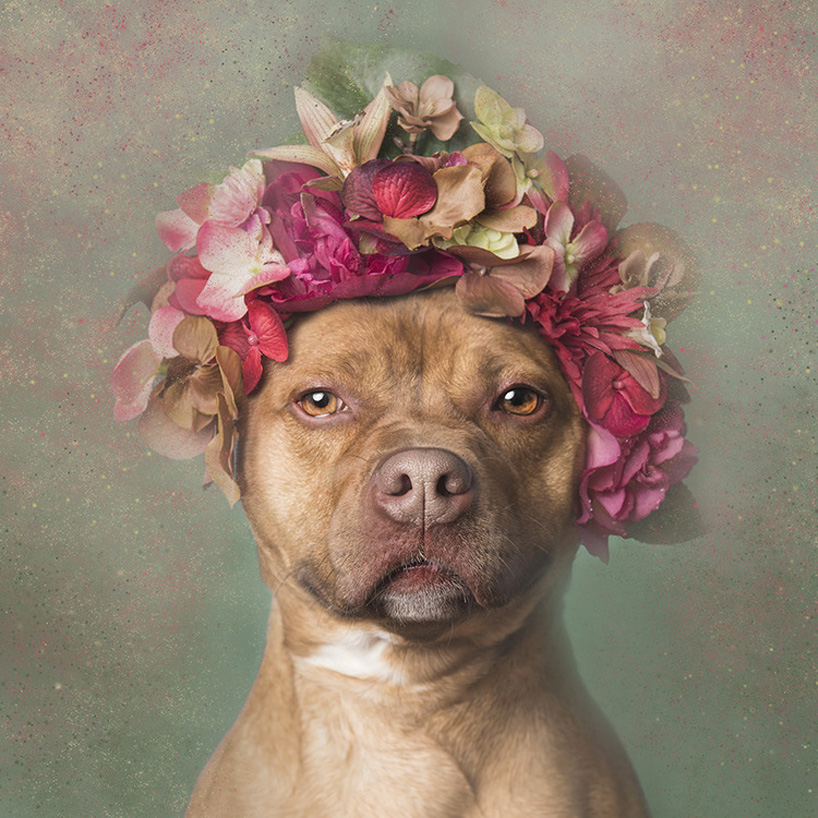