to coincide with the opening of their new OMA-designed campus in milan (previously featured on designboom here) fondazione prada presents an exhibition within the ca’ corner della regina during the venice art biennale 2015. co-curated by salvatore settis and davide gasparotto, ‘portable classic’ presents more than 80 artworks on the ground and first floor of the historic palace, each exploring the origins and functions of miniature reproductions of classical sculptures. 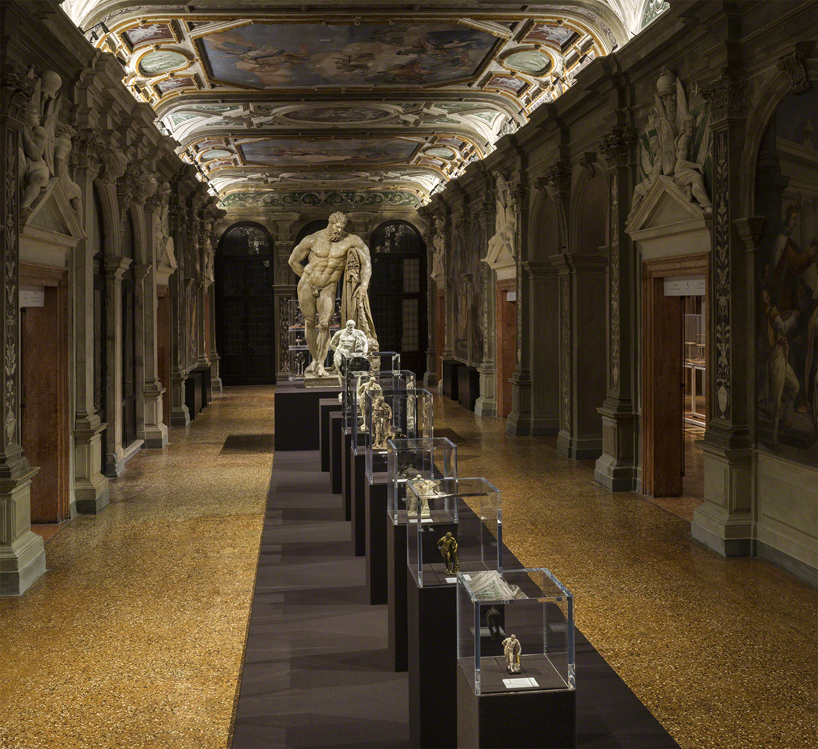 the exhibition responds to the idea of artistic reproductions. both in ancient rome and modern europe, sculptures were considered at such an undisputed peak of excellence that even their  small scale reproductions were eagerly sought after, since it was nearly impossible to acquire the originals; for example, the ‘farnese hercules’, displayed as a 317 cm high plaster cast is exhibited next to a series of modern smaller-scale reproductions in marble, bronze and terracotta, measuring only 15 to 130 cm. 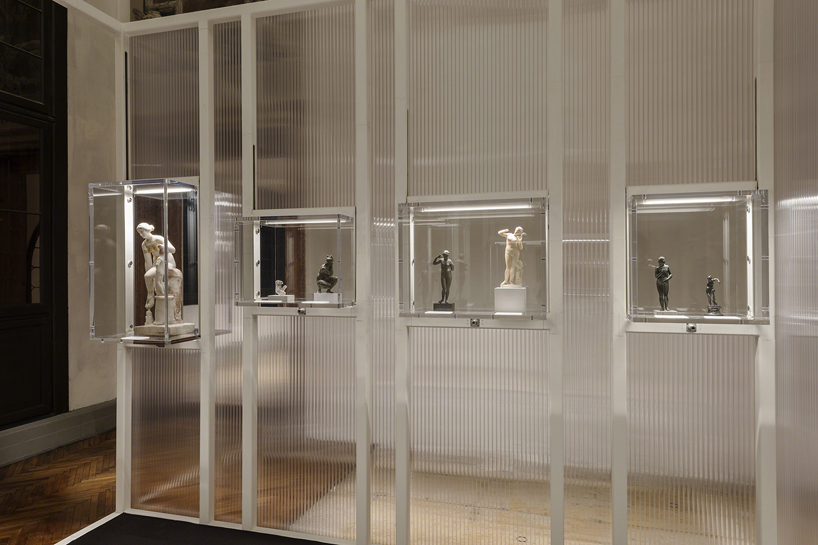 some examples of small-scale masterpieces are presented alongside renaissance multiples

some examples of small-scale masterpieces are presented alongside renaissance multiples — ‘marsyas’ (‘ignudo della paura’) and the ‘crouching venus’, for example. another section of the exhibition is devoted to art collectors from the 1500s. in a selection of paintings by lorenzo lotto, tintoretto and bernardino licinio, the subjects are portrayed among classical sculptures and plaster casts. the exhibition illustrates the ways in which renaissance artists used small-scale copies to elaborate on the missing portions of the originals.

‘portable classic’ runs alongside ‘serial classic’ on show within the new OMA-designed fondazione prada art museum in milan. see more about the architectural space and exhibition on designboom here. the exhibition responds to the idea of artistic reproductions 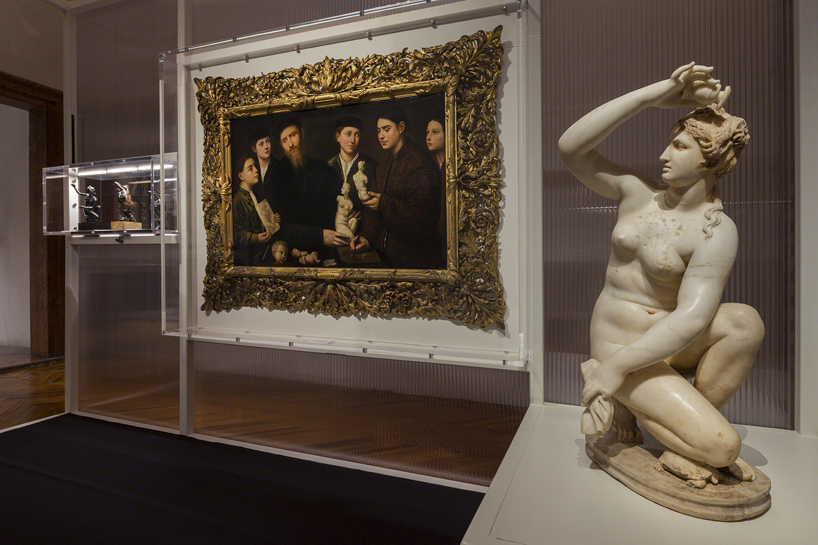