until february 27, 2022, fondazione prada’s podium in milan hosts a two-floor exhibition on the practice of italian painter and stage designer domenico gnoli (rome, 1933 – new york, 1970). conceived by the late germano celant, the retrospective brings together over 100 works produced by the artist between 1949 and 1969, complemented by as many drawings. alongside his accomplishments as a set designer and illustrator, gnoli is known for his analytical paintings, which exist at the intersection of minimalism, hyperrealism and pop art. these large-scale works focus on details of human bodies or objects, accentuating their inherent sensuality and energy. the unexpected appearance on the canvas of apparently incongruous elements, such as busts, locks of hair, shoes, armchairs, drawers, ties and buttons, gives the viewer a slight mental jolt.

his precise painting of physical texture, one that brought out the surfaces, colors and substance of organic and inanimate elements, is also characterized by scrupulous photographic framing. it is a factual approach that ‘puts all things, natural and artificial, on the same plane, expressing an egalitarian desire, the revenge of insignificant and disqualified elements in the ranking of values: the low, the secondary, the auxiliary, the neglectable,’ as celant observed. 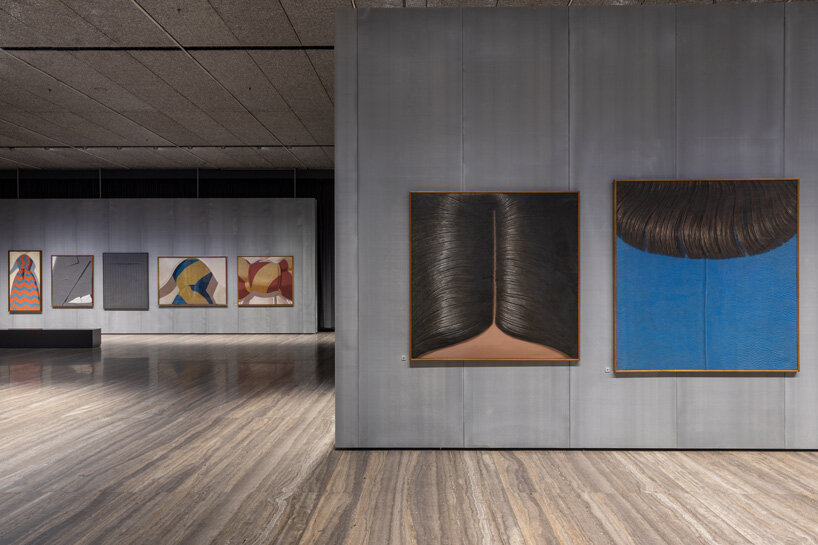 developed by design studio 2×4, the two-floor exhibition setting inside the fondazione prada podium in milan harks back to 20th-century museum environments by tracing linear perspectives that divide the exhibition space into a series of monographic units. domenico gnoli’s works are arranged in themed series that reveal how each painting generated other works following a logical development of expression. the retrospective also expands on the insights of those who, in the past, interpreted the artist’s work from an original historical and critical viewpoint, recognizing the inspiration that he drew from the renaissance and highlighting the narrative value of his works.

grandson of domenico gnoli and son of umberto gnoli—both art critics and historians— gnoli initially followed two directions: his work as a theater set designer, costume designer and illustrator, and his pictorial work. in 1955 his sets for william shakespeare’s ‘as you like it’ at the old vic in london had a great success and made him known also in the united states. from 1959, he lived between rome, new york, where he exhibited in several galleries and worked as an illustrator for magazines and publications, paris and london before settling in 1963 in deià on the island of mallorca. 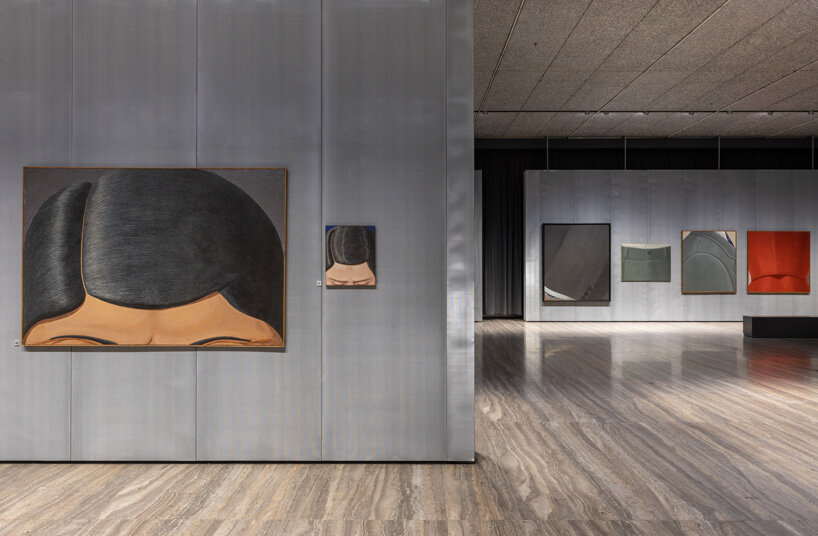 in 1964, the year that robert rauschenberg achieved international recognition by winning the golden lion at the venice biennale, gnoli took a linguistic leap that allowed his analytical painting to emerge alongside his accomplishments as a set designer and illustrator. in a letter the following year, the artist described this turning point in his career: ‘I have always worked [as a painter] as I do now, but it did not attract attention as it was abstraction’s moment. only now, thanks to pop art, has my painting become comprehensible. […] I always employ simple, given elements, I don’t want either to add or take anything away. I have never even wanted to deform; I isolate and represent. my themes come from the world around me, familiar situations, everyday life; because I never actively mediate against the object, I experience the magic of its presence.’

gnoli also felt part of a ‘not eloquent’ tradition of italian painting developed by masaccio and piero della francesca, and passed down via piranesi, de chirico, carrà, severini and campigli. his work was also influenced by great contemporary artists like bacon, balthus, dalí, magritte, shahn and sutherland. as salvatore settis explains, ‘to achieve perfect ineloquence, the impassiveness of things and the suspended magic of an impersonal reality, he had to turn his back on the tradition he loved so much and overturn its hierarchy of values. to deny ‘decoration’ by means of a new exploration of reality through detail.’ 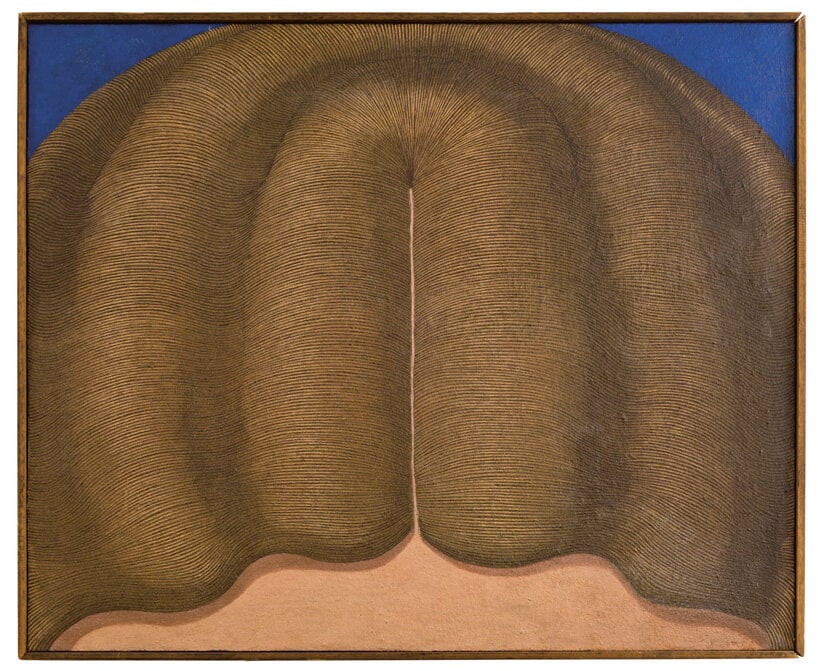 this retrospective is part of the series of exhibitions that fondazione prada has dedicated to artists—such as edward kienholz, leon golub and william copley— whose practice developed along paths and interests that took a different direction from the main artistic trends of the second half of the 20th century. ‘domenico gnoli’ has been realized in collaboration with the artist’s archives in rome and mallorca, which preserve gnoli’s personal and professional heritage. the exhibition is accompanied by a scientific publication published by fondazione prada and designed by irma boom. the book features a new essay written for the exhibition by salvatore settis and two parallel illustrated chronologies that set gnoli in the historical and artistic time in which he worked, providing a reconstruction of the artist’s career and biography. 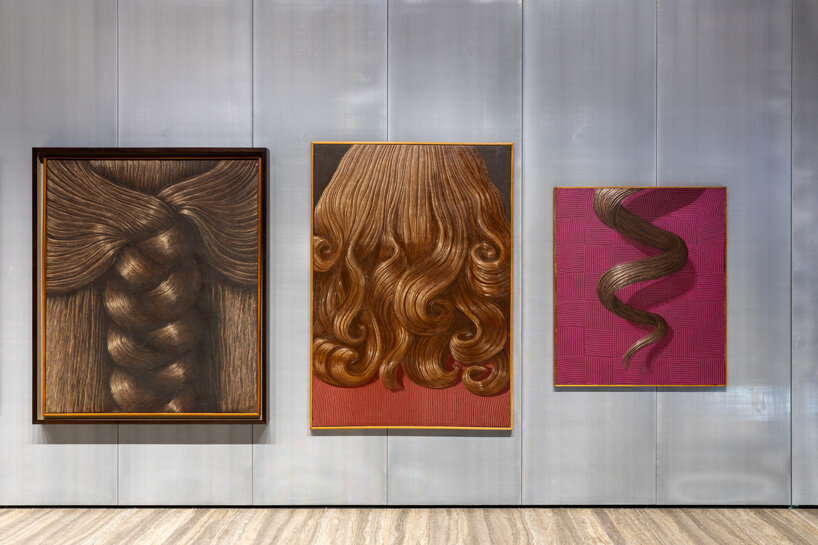 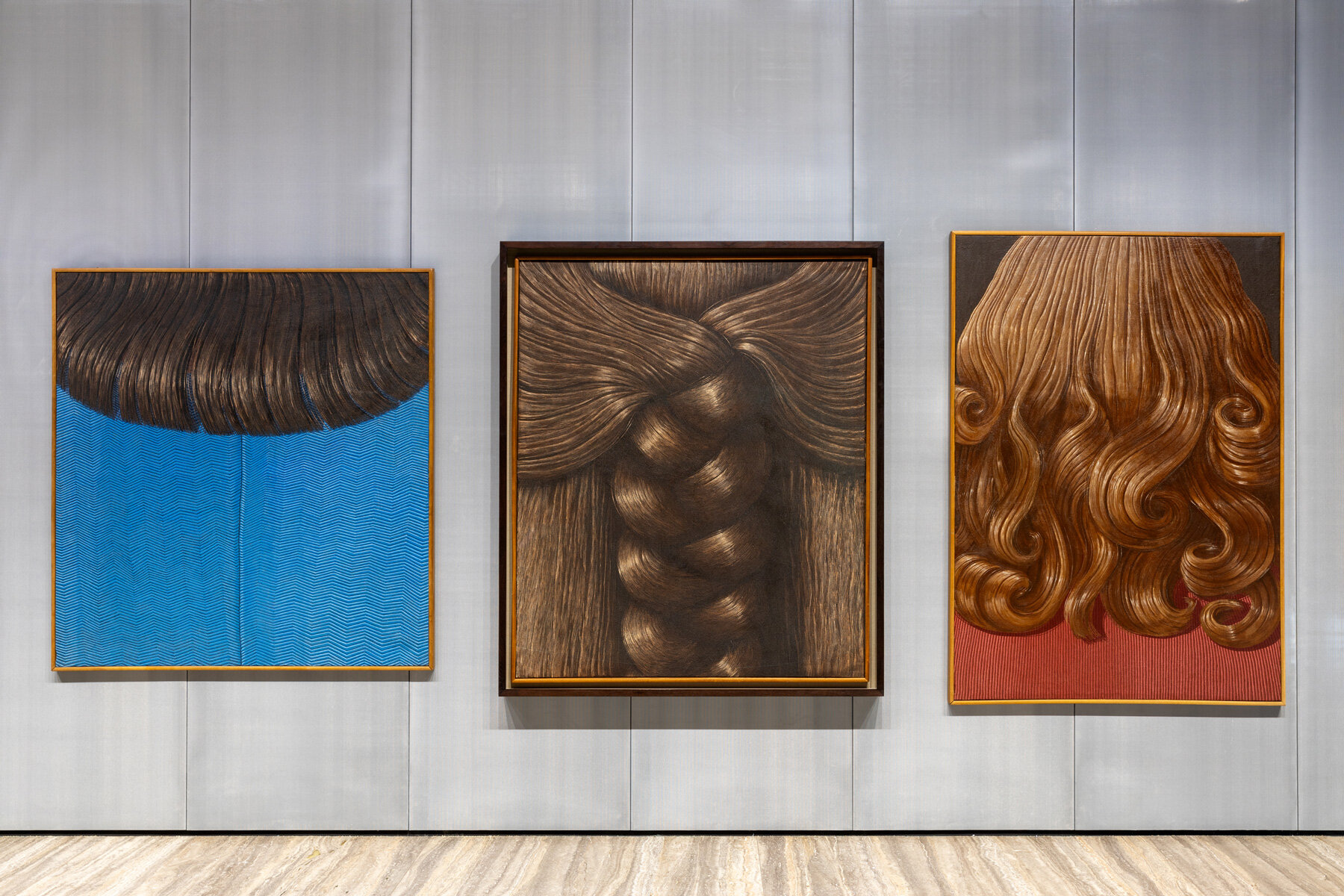 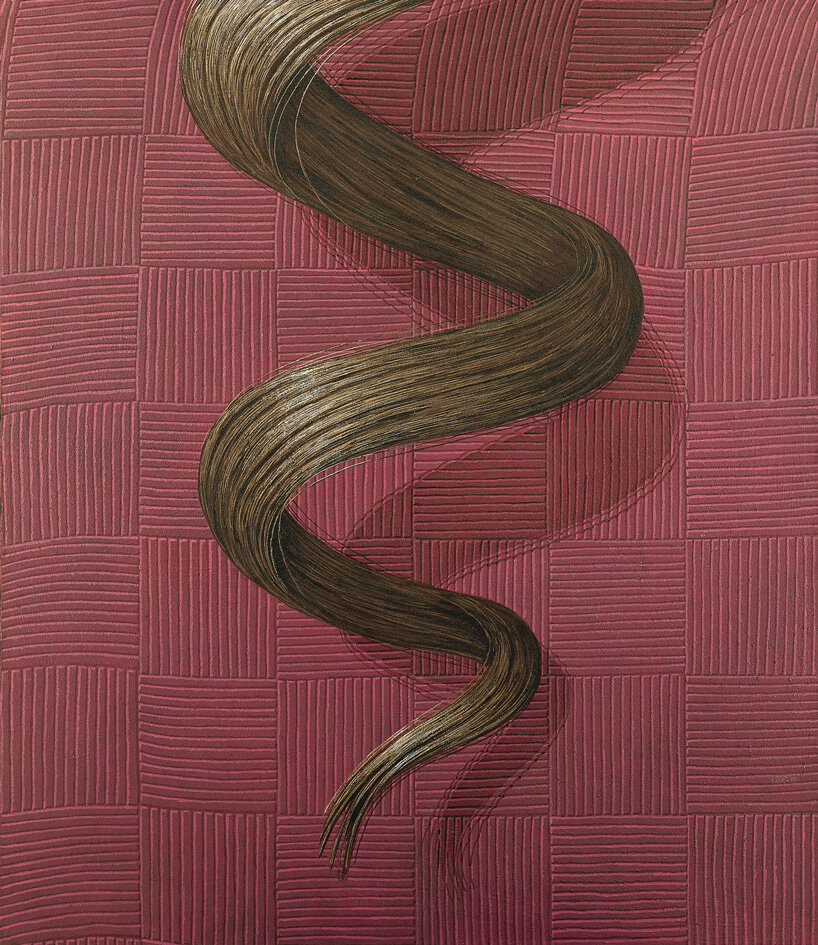 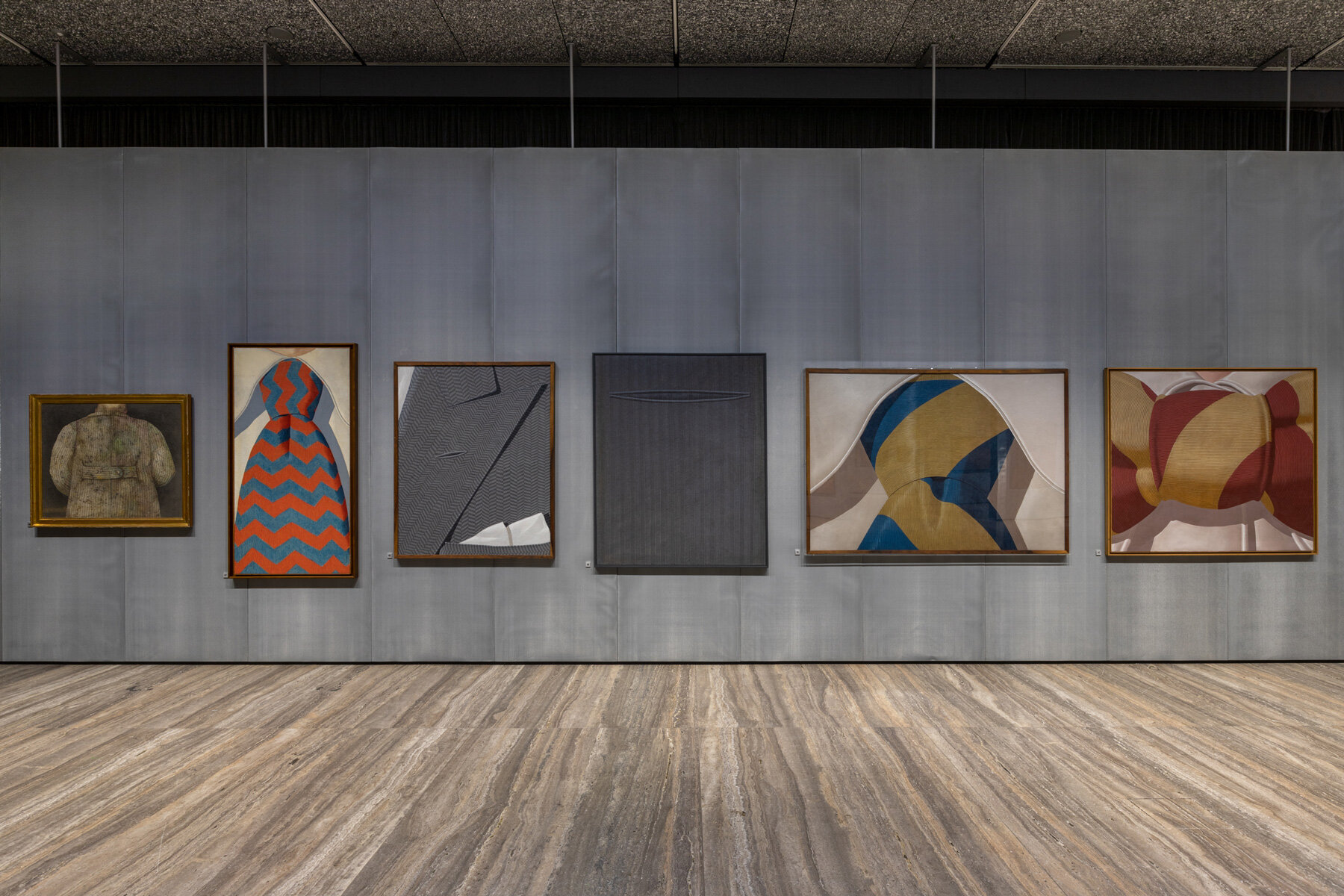 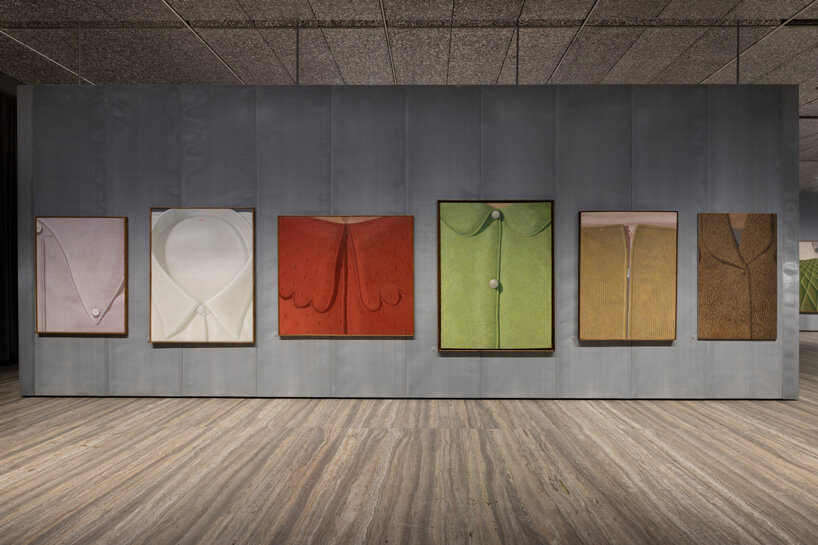 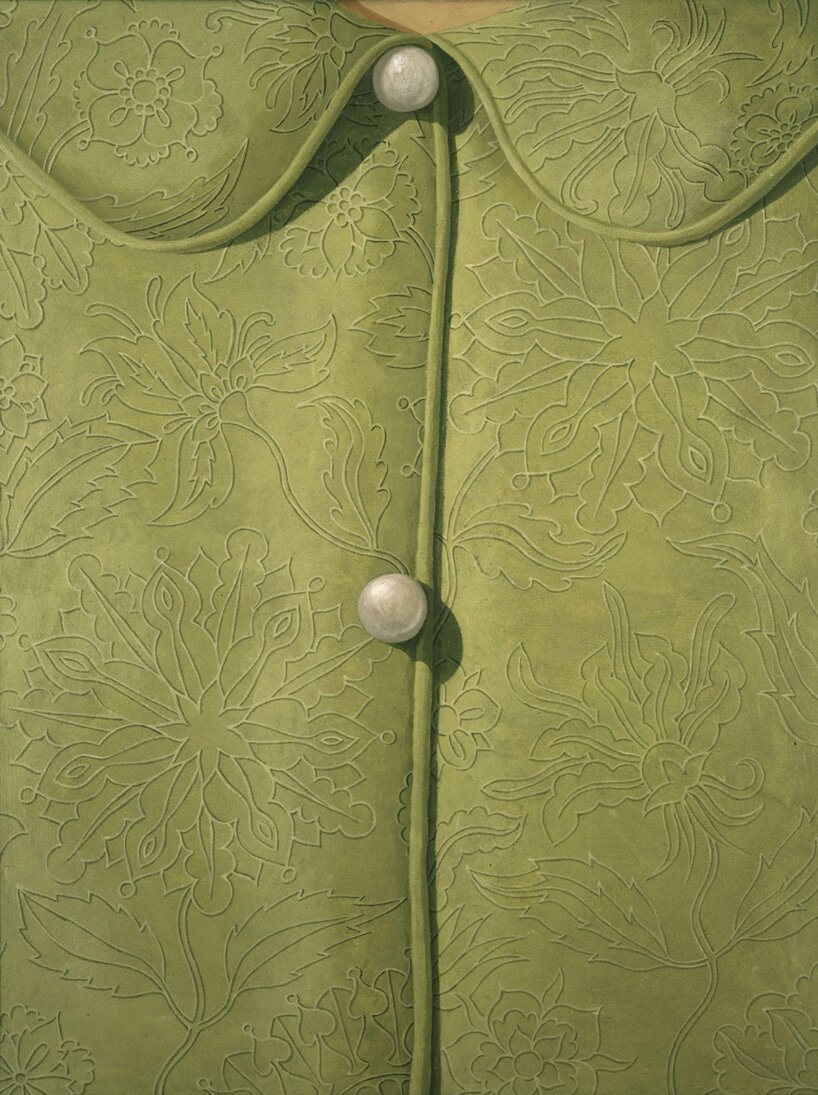 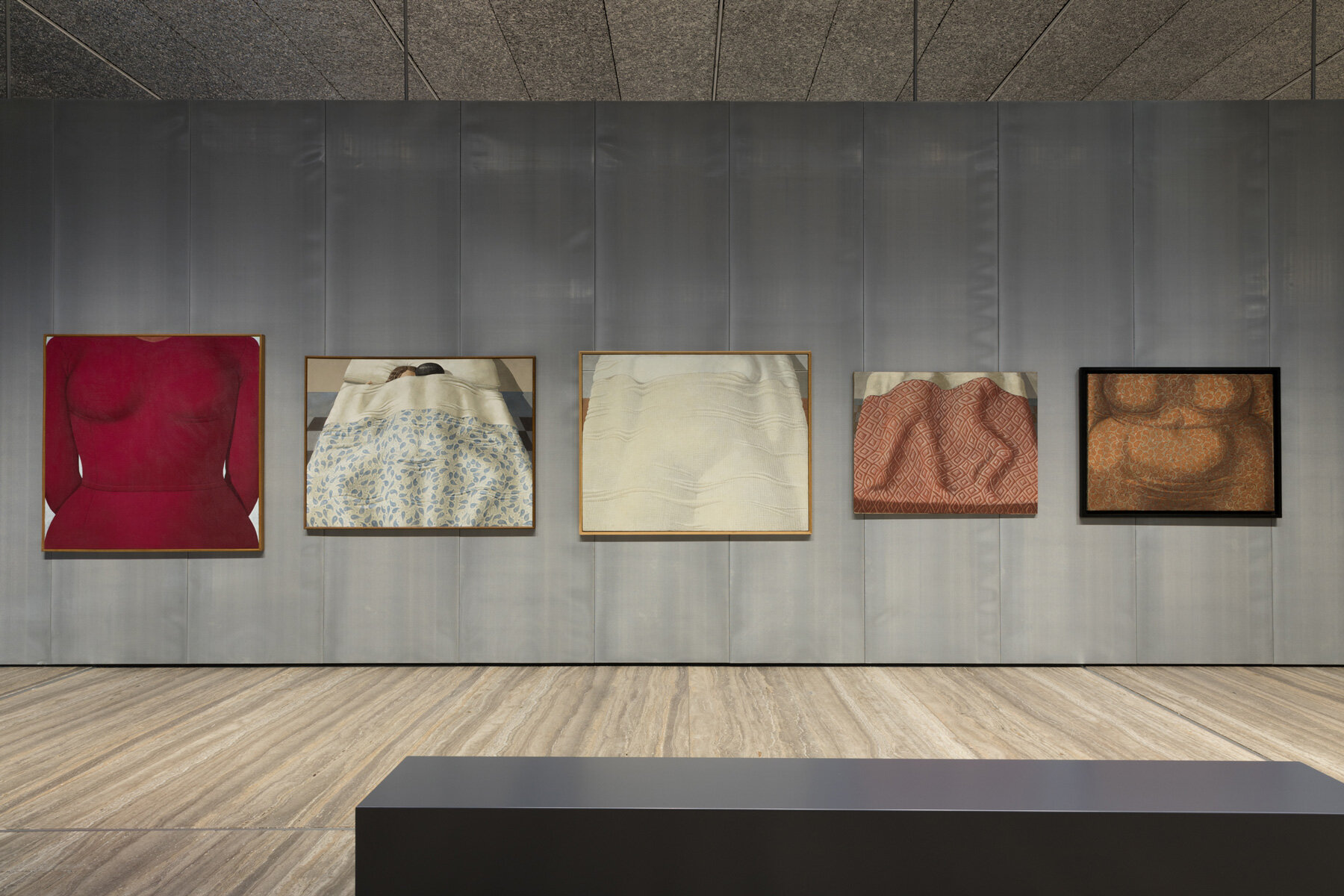 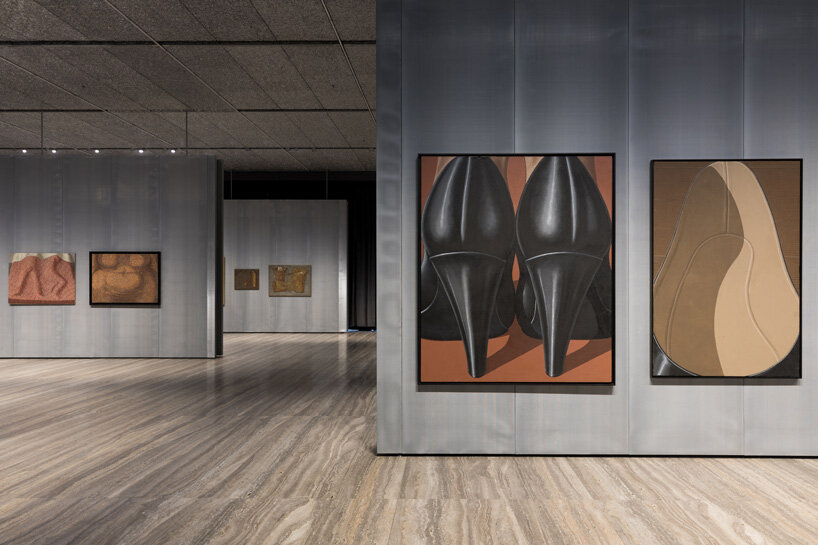 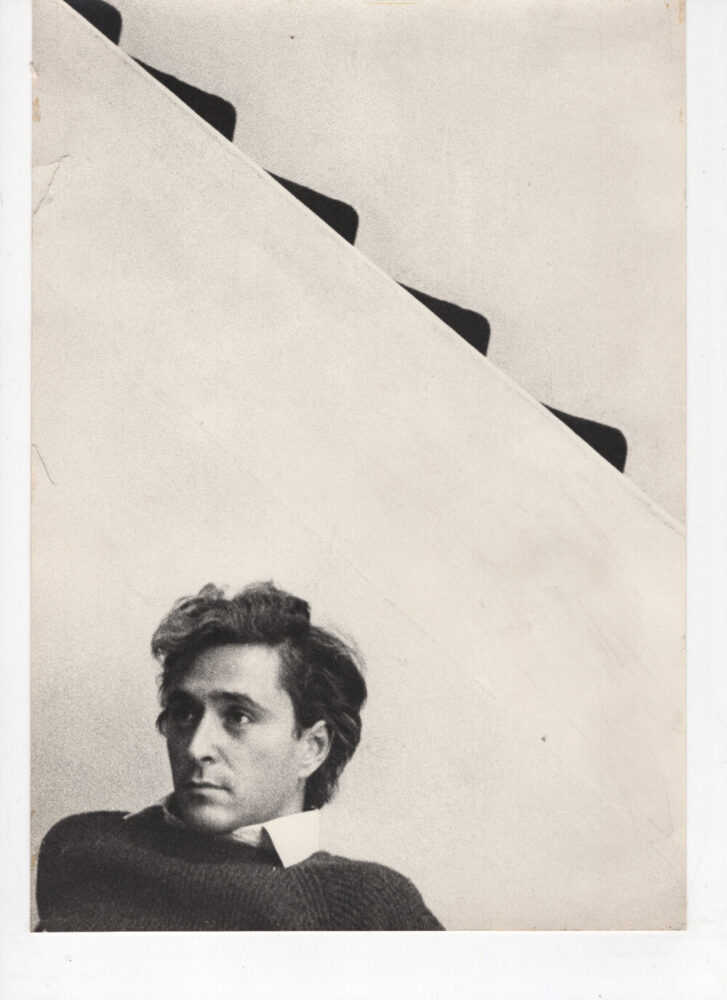 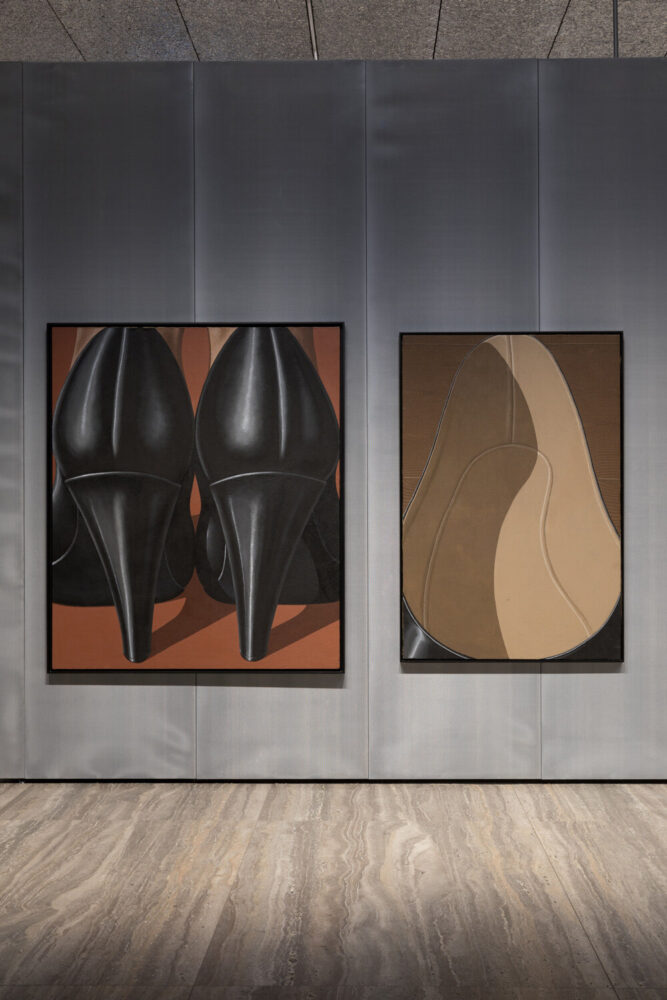 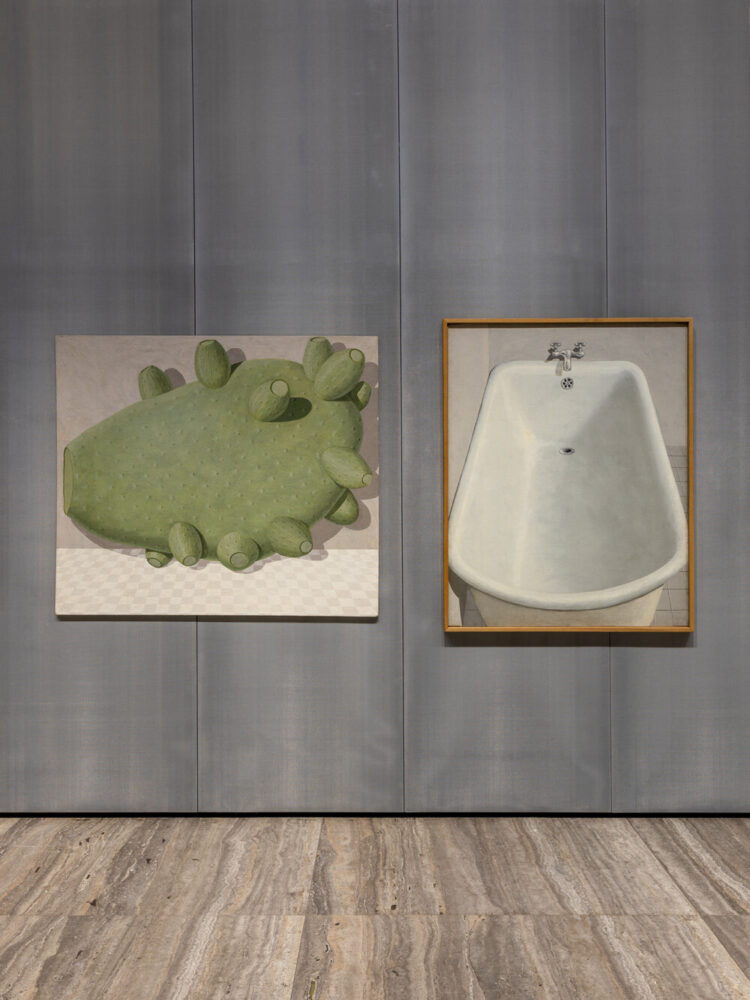 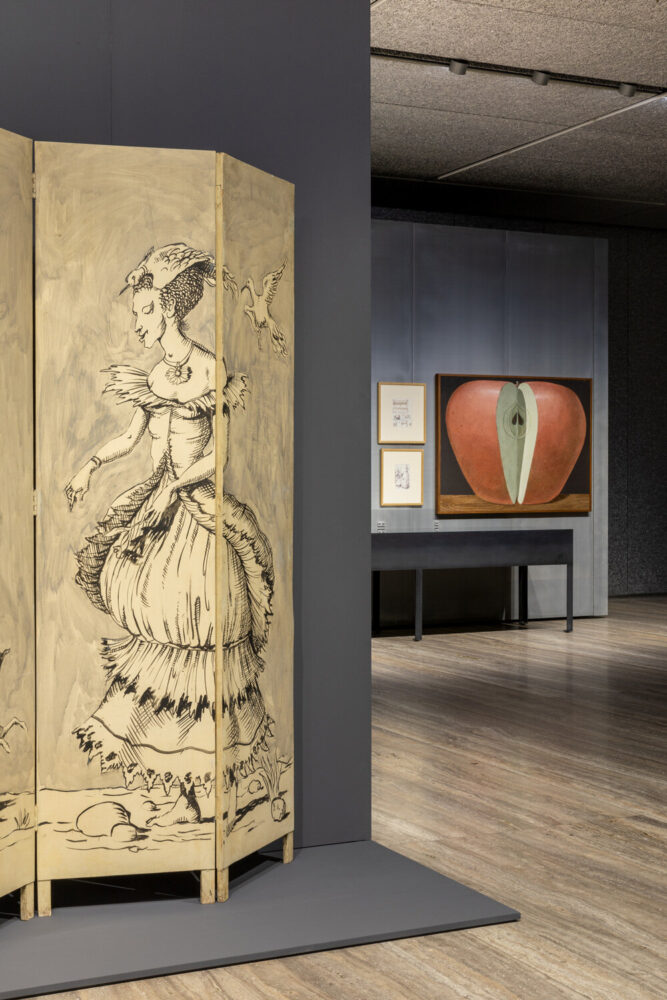 in the foreground: senza titolo (paravento), 1949 circa; in the background, on the wall, from left to right: sketches for open drawer, s’estaca, mallorca, 22 september 1968 | sketch of the palace of culture and science, warsaw, february 1968 | apple, 1968 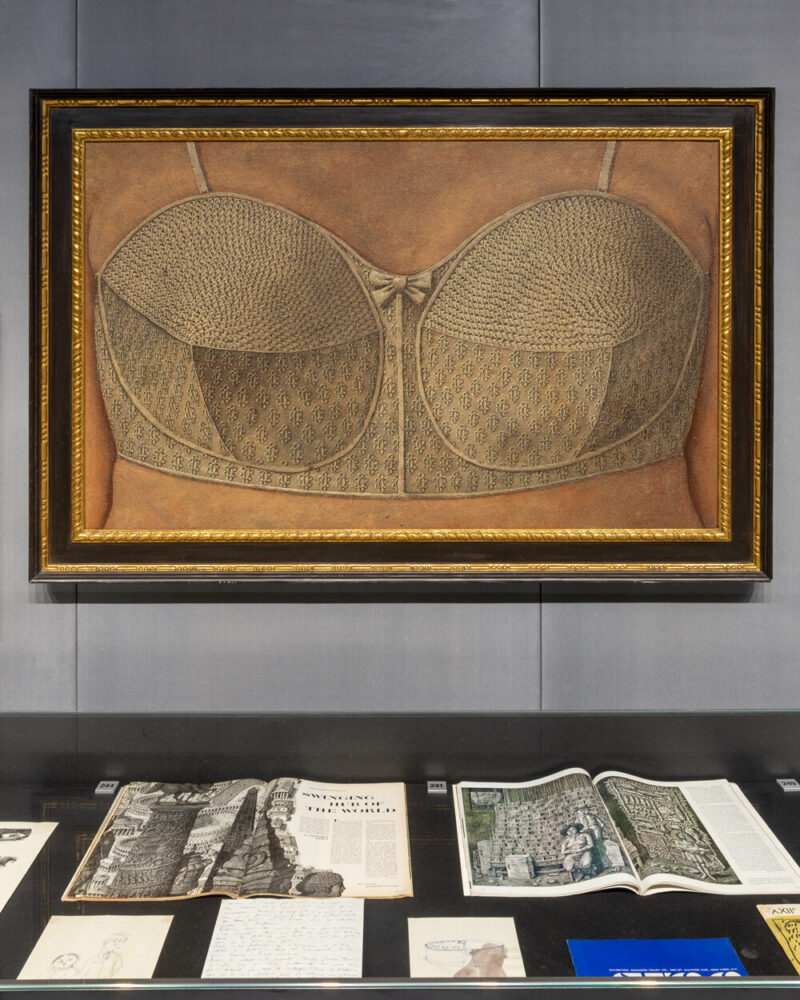 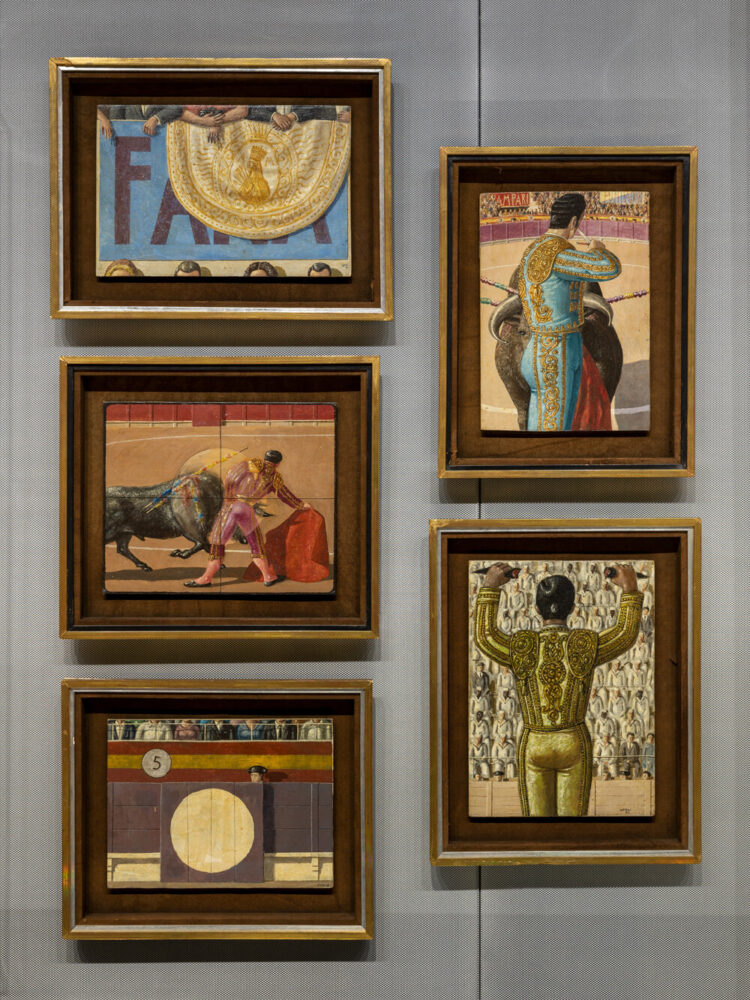 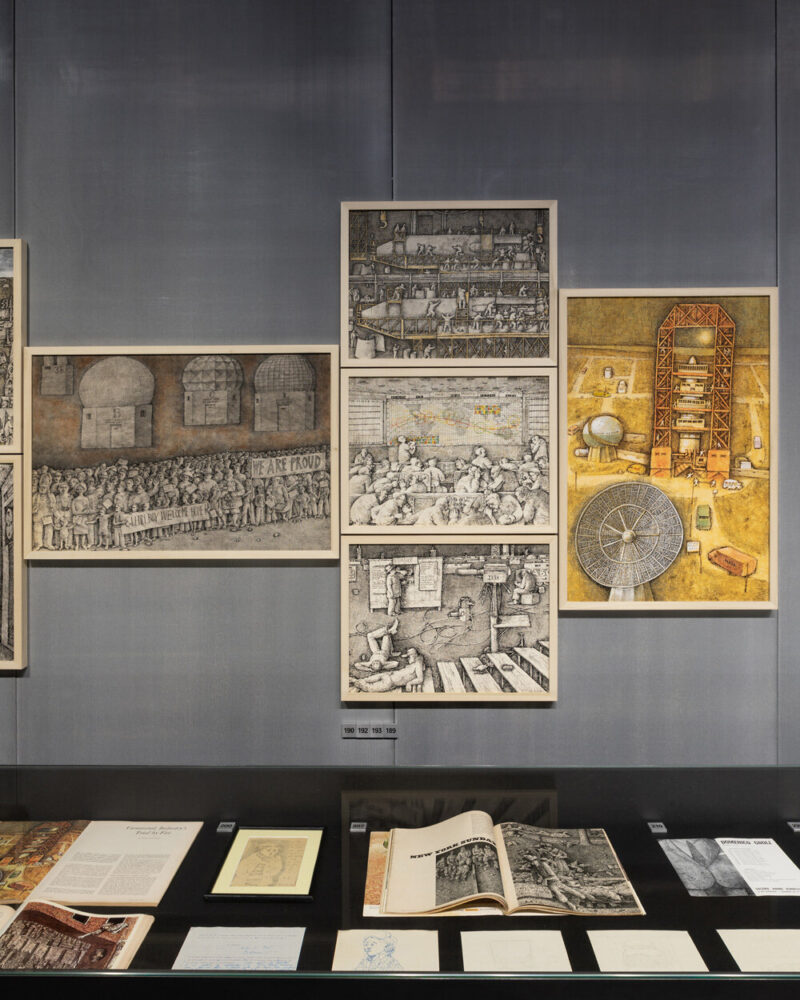 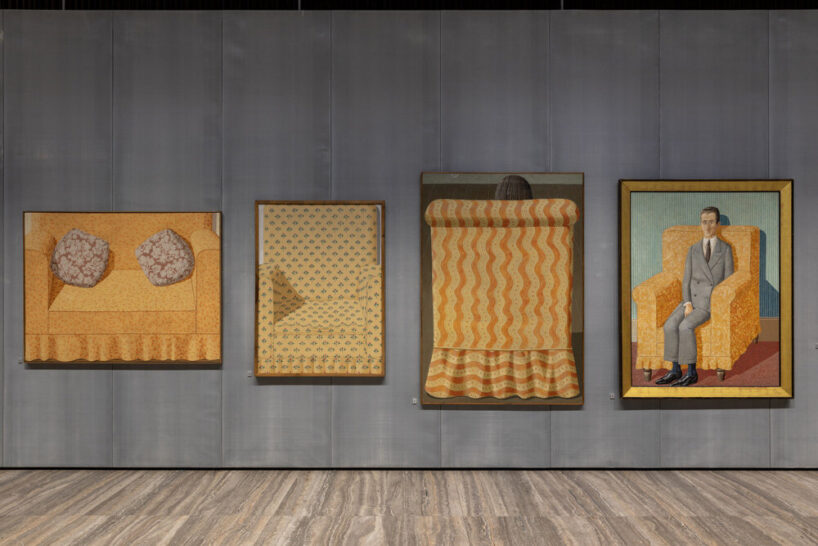 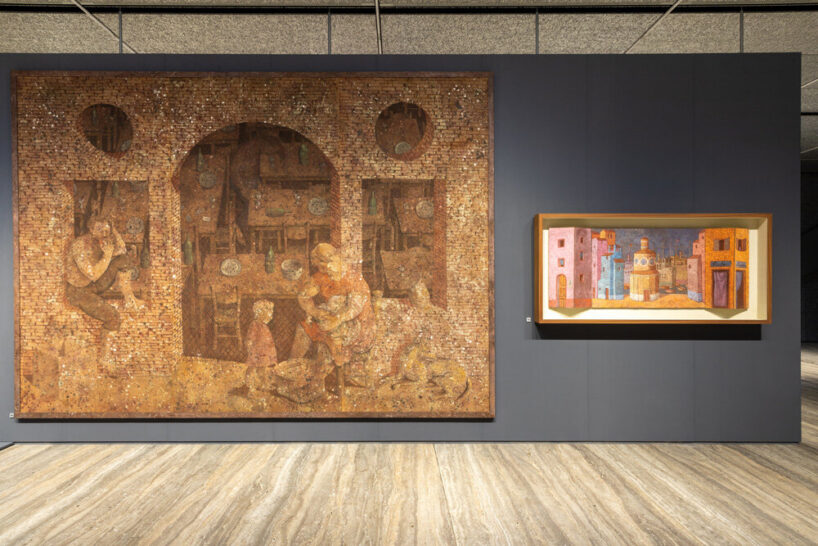 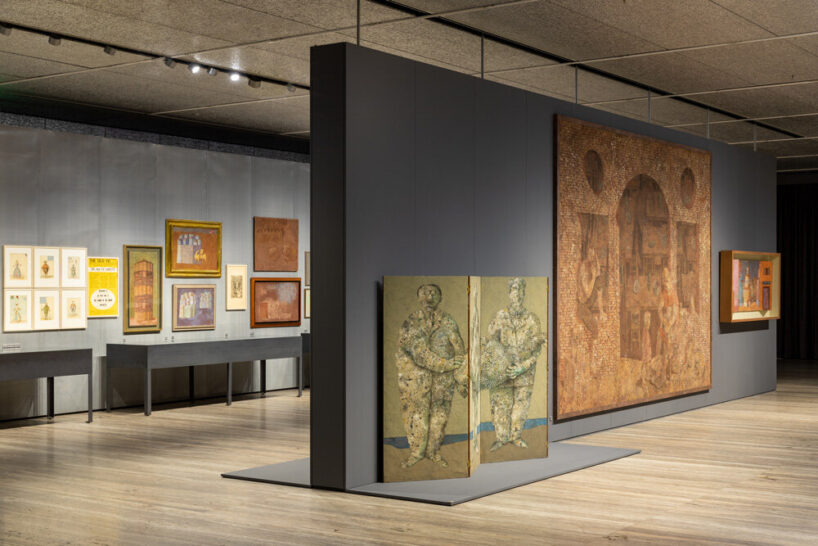