singapore-based photographer fong qi wei has visualized a series of short animated gifs, which compress a full day — from dawn to dusk — into a single, looped gif. ‘time in motion’ has originally been captured as still images, shot from the same position at various hours of the day. overlooking cityscapes, skyscrapers and ocean panoramas, qi wei snapshots both bustling metropolises — lights in apartments wildly flickering on and off — and serene ocean vistas.  spiraling in infinite circles that fold into each other, or folding in place and dramatically shifting in chroma, the artworks thread together the assorted compositions, bringing them to life through the digital gif format. 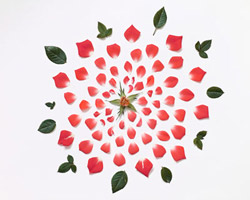