when traveling to a foreign country, people tend to find innovative ways to communicate with locals, despite not sharing a common tongue. universal languages, gestures and symbols help bridge cultural divides and connect otherwise disparate individuals. the advent of ubiquitous technological devices has allowed digital pictures to convey a host of topics. emoticons — simplistic faces and figures that illustrate emotion, temperature, travel and time — have become a common and clear way for people to exchange ideas. on a more tangible level, food can also be considered a ‘language that people from all corners of the globe can identify with — a common thread that ties together culture and community. 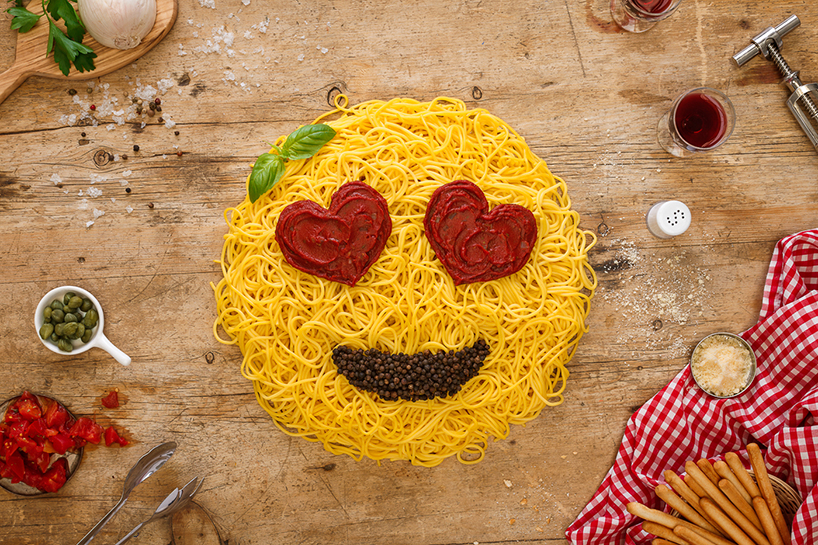 these two universal languages became the focus of the project ’emojis & food’. stylist anna keville joyce teamed up with photographer agustín nieto to create a sequence of compositions that illustrate a hybrid of emoticons and edibles based on three different countries. for italy, the team have created the ‘heart-shaped eyes face’ using spaghetti, tomato sauce and peppercorns; ‘dizzy face’ for japan is made up of sliced salmon, seaweed and a side of soy sauce; the spread for mexico sees the smiling figure with sunglasses made from rice, beans and red peppers. the blend of ingredients — both digital and tangible — form quirky and curious creations that speak to the universal lingo of both food and faces. 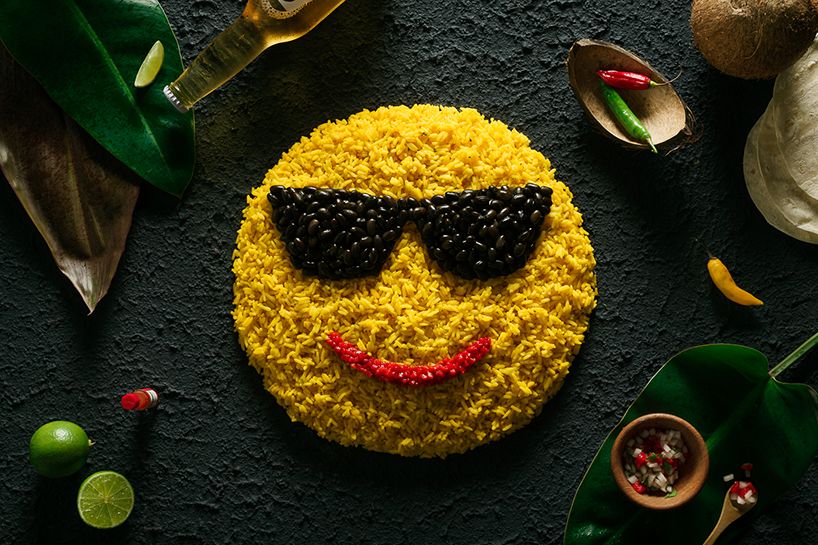 emojis rendered in the styles of italy, japan and mexico 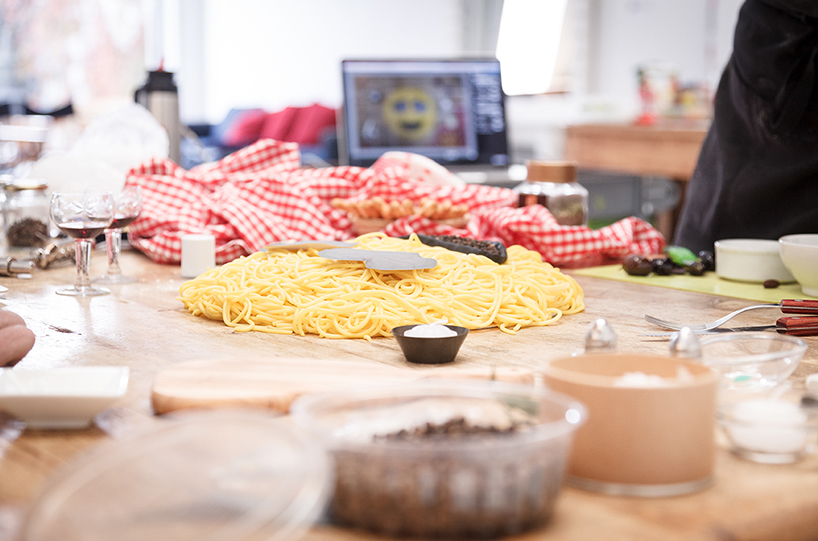 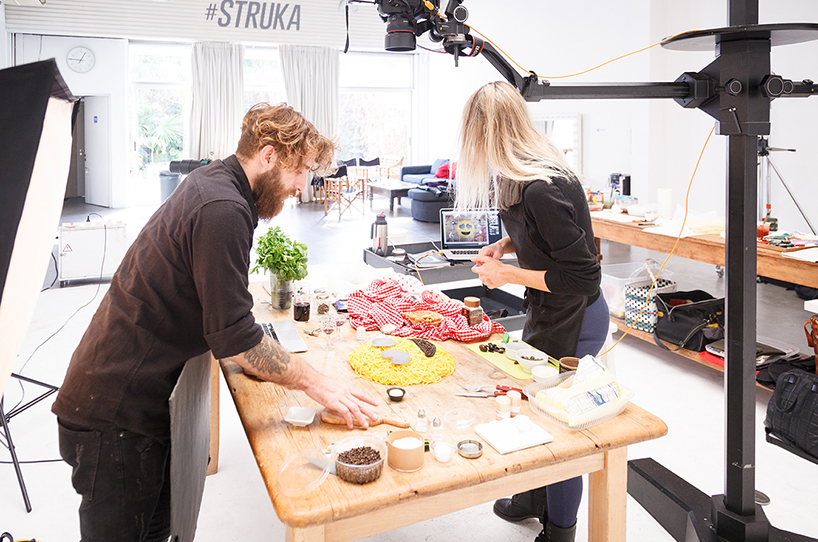 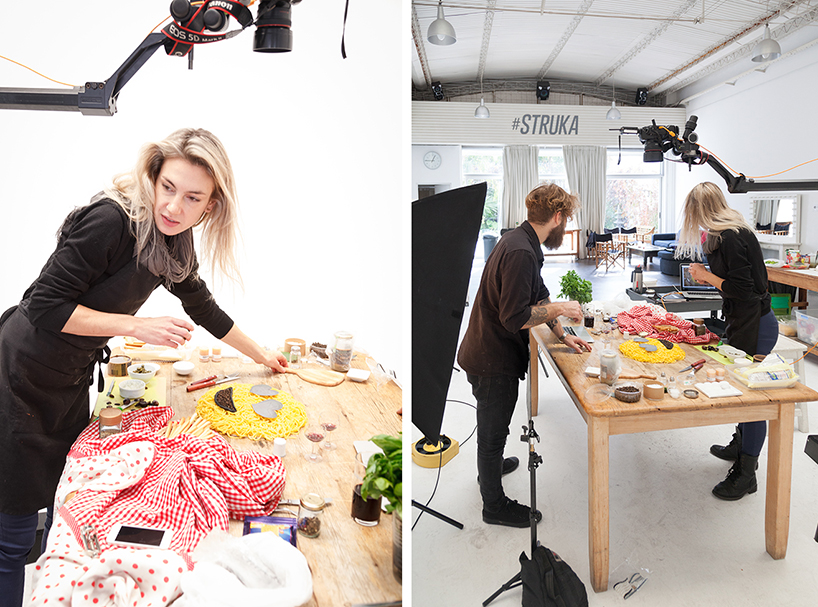 the styling involved the careful creation of faces from food