in the late nineteenth century, a typewriter salesman builds a modest family home in the città studi district of milan. in this house, a labyrinth of corridors and rooms, his son piero fornasetti grows up, spending afternoons drawing, flicking through magazines and collecting image cuttings. when still a young man, piero decides to convert the walls of his unassuming family residence into an extraordinary workshop dedicated to his then-emerging creative craft. the typewriter salesman could not have known then that the fornasetti house would become a magical place filled with a wunderkammer of delicate treasures, antique furniture, paintings, prints, collections of colored glass, small sculptures and books.

today, barnaba — piero’s son — has embraced and enhanced the heritage of the house, collecting and displaying his father’s most beloved artworks throughout each of the ornately-embellished rooms. barnaba has opened the doors of the fornasetti house to italian director virgilio villoresi, who tells its story through a whimsical stop-motion video. the imaginative universe villoresi has created for the film is free from gravity — objects like fornasetti’s famous plates bearing the face of italian opera singer lina cavalieri dance to music composed by cesare picco; butterflies break free from a meticulously illustrated table and fly daintily through the air; a hypnotizing wall of mirrors tips over and the living room is turned upside down. enter the artistic, whimsical world of fornasetti through the video ‘welcome home‘ below. 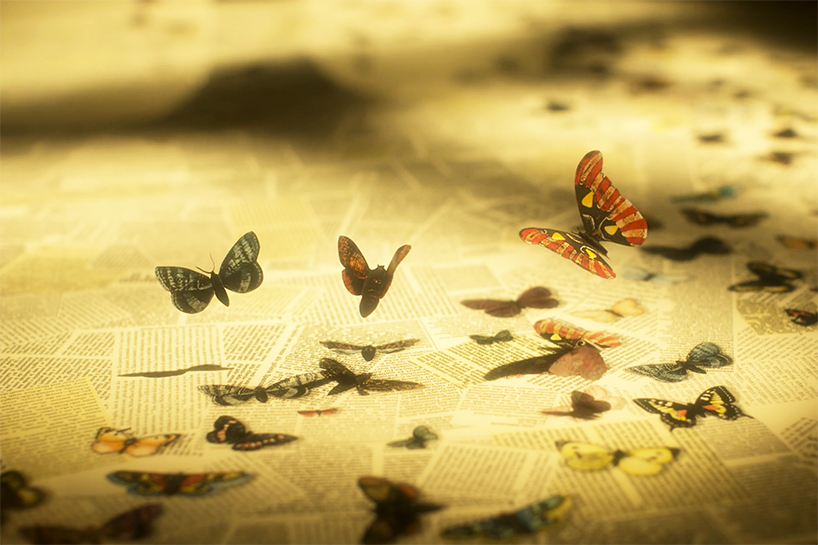 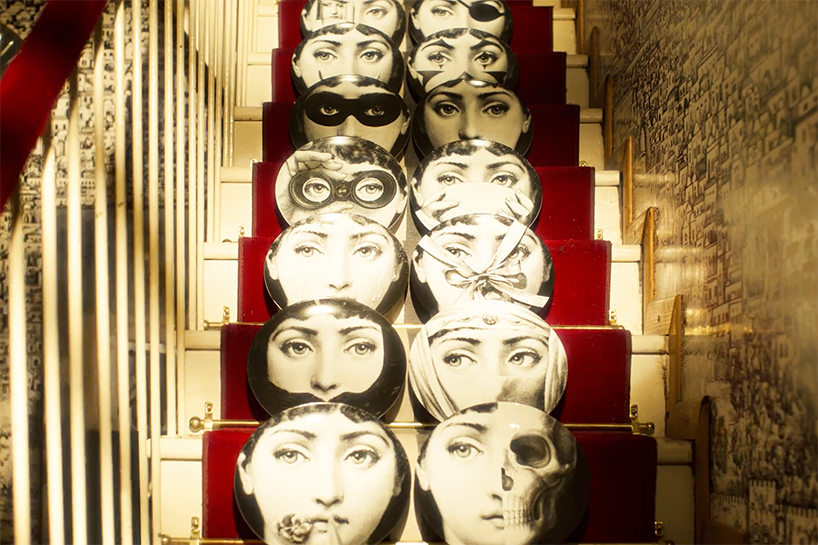 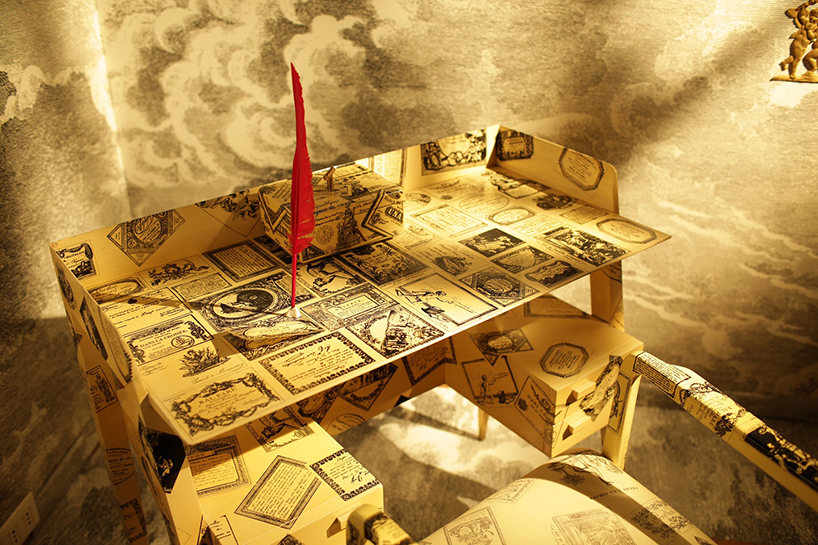 a red feather floats around an illustrated fornasetti desk 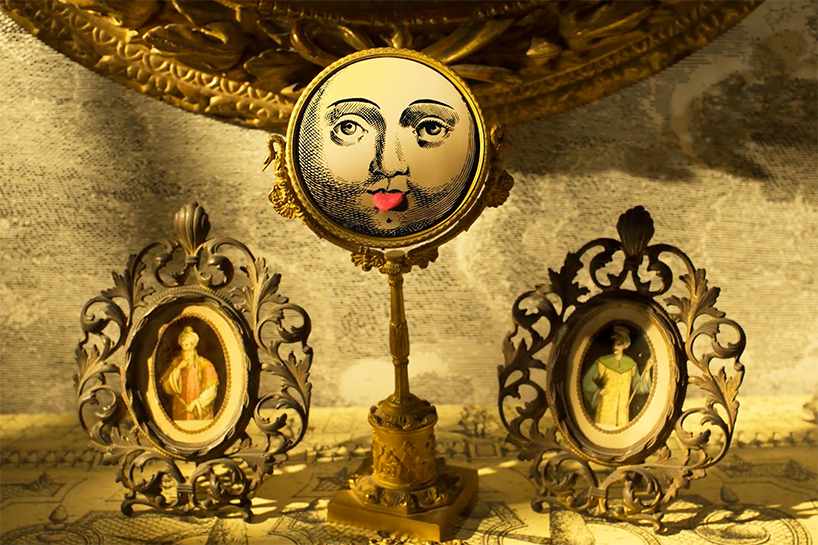 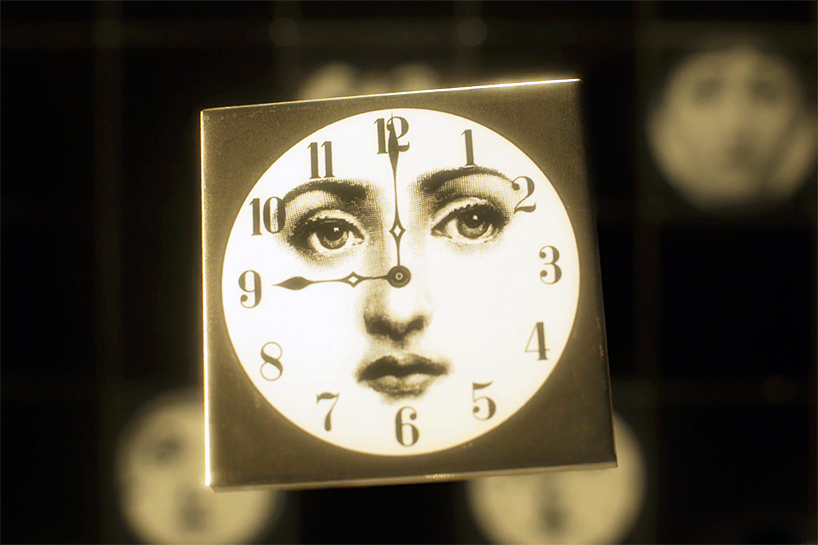 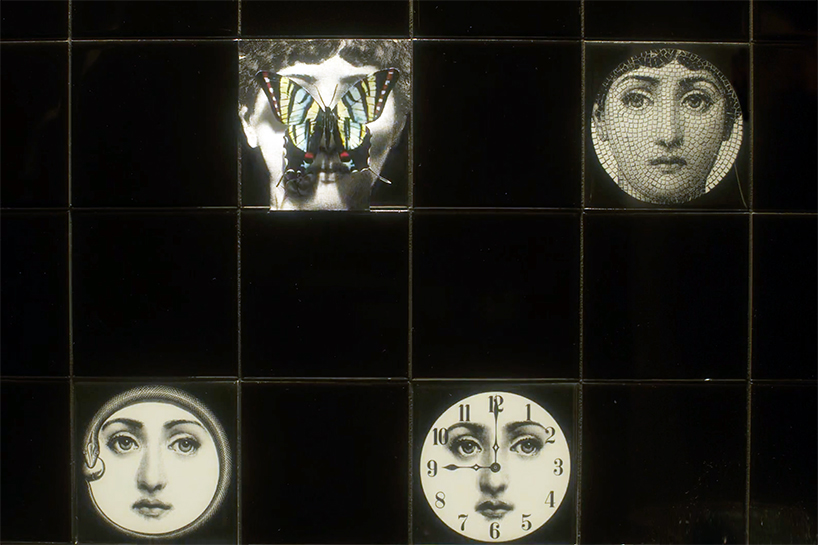 one of the paper butterflies lands on an illustrated tile 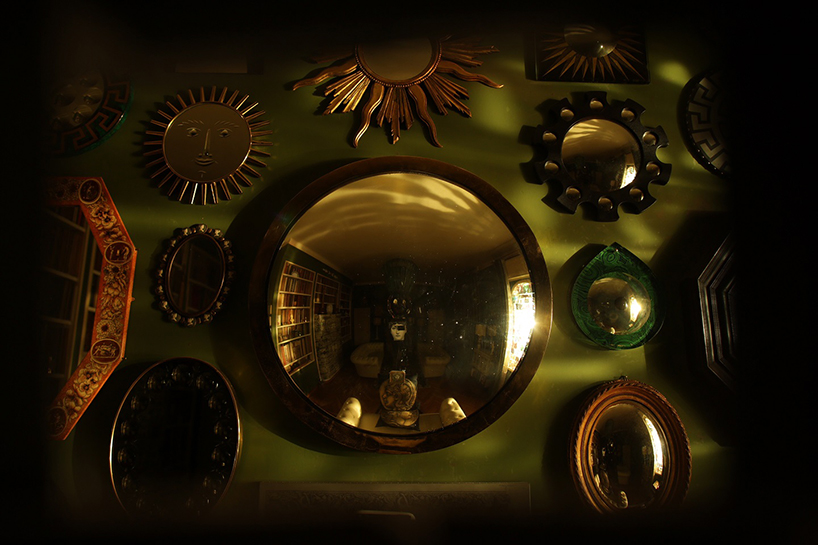 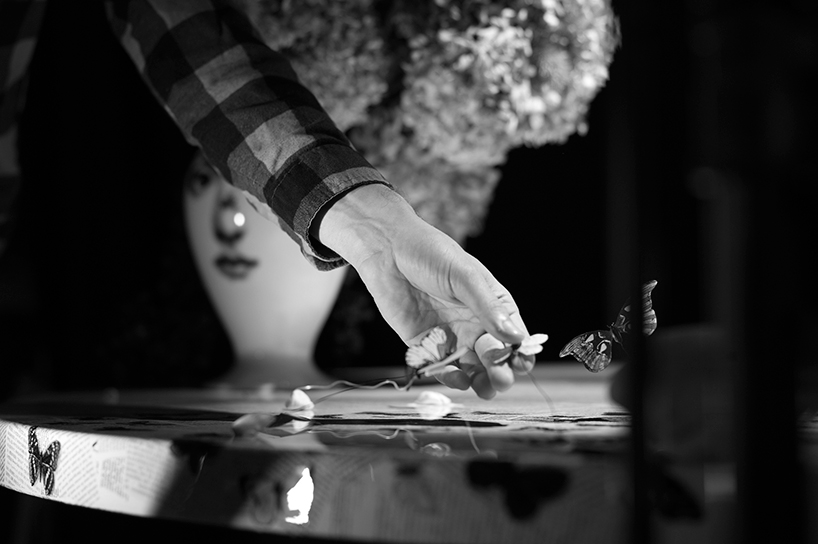 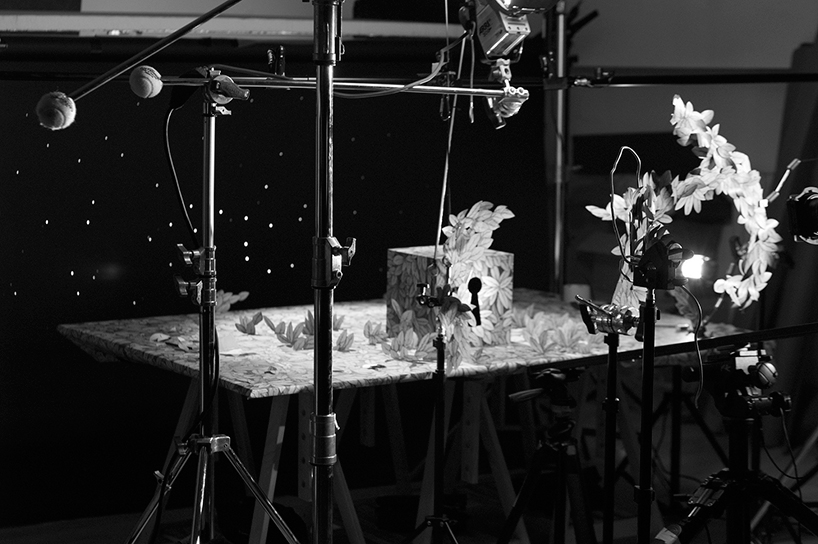 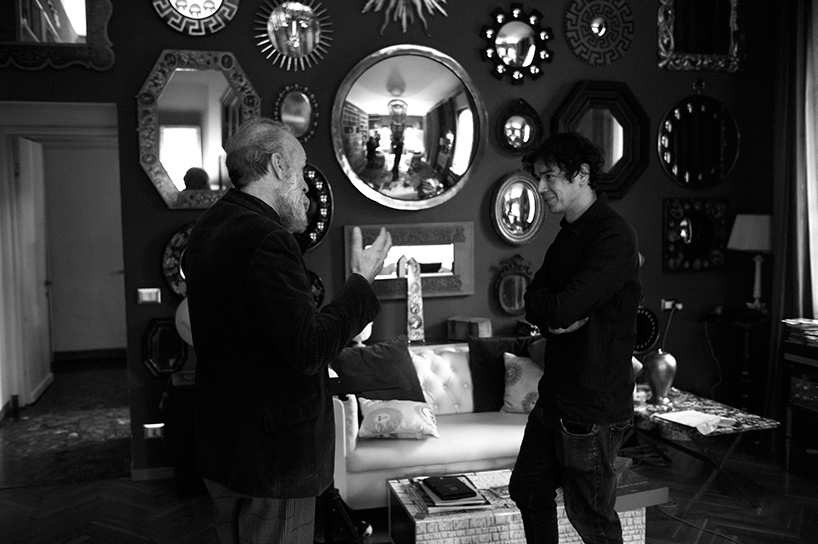