‘fos’ by (fos), madrid, spain
all images courtesy of (fos)

(fos), a multidisciplinary team of interior designers and art directors based in madrid and barcelona, created an ephemeral installation that gives a visual perception of a projected beam of light. the installation is named (fos), the name as the team itself, appropriately translating to ‘melted’ in catalan and ‘light’ in greek. the protected façade of the rayen restaurant in ‘barrio de las letras – madrid, has been illuminated for 4 days and nights. in this project the intention was to give the illusion of an artificial light shining from above made by using over 250 meters of yellow tape, pineapples, painted pieces of art, lawn furniture and … a lamp, creating a visual spectacle between perspective and colored volumes. the tape covered both vertical and horizontal surfaces creating a skin which followed the beam’s shape, covering all the objects in its path so that a spectator standing directly in front of the installation will see the visual illusion line up perfectly over the several planes that make up the scene – a vibrant game of perspective that will catch the eye of any passerby on the grey street, 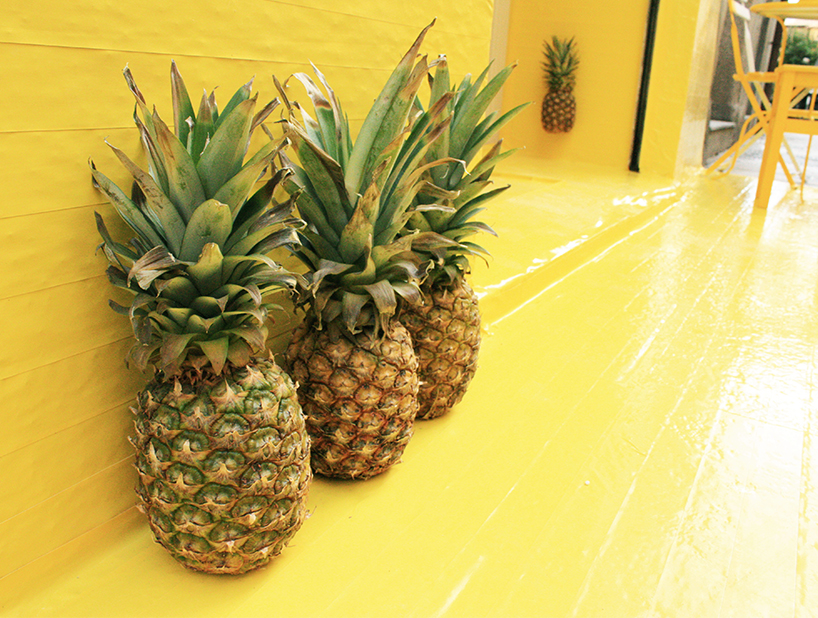 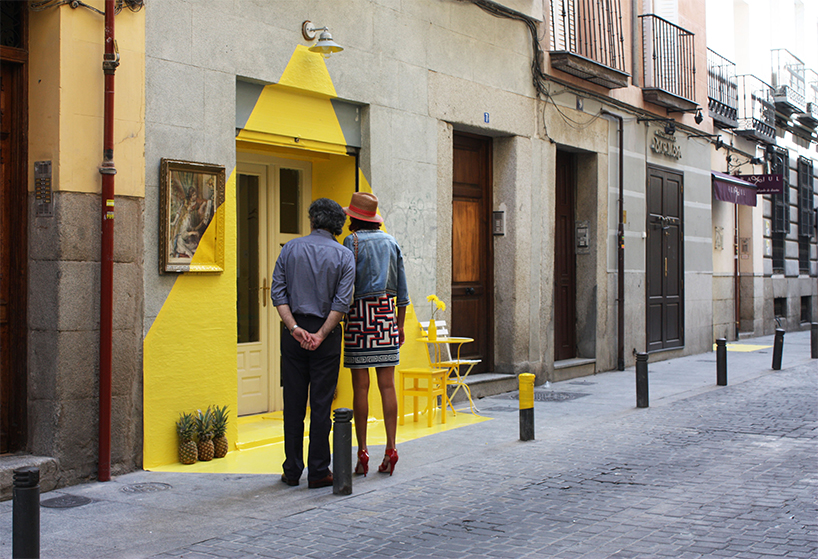 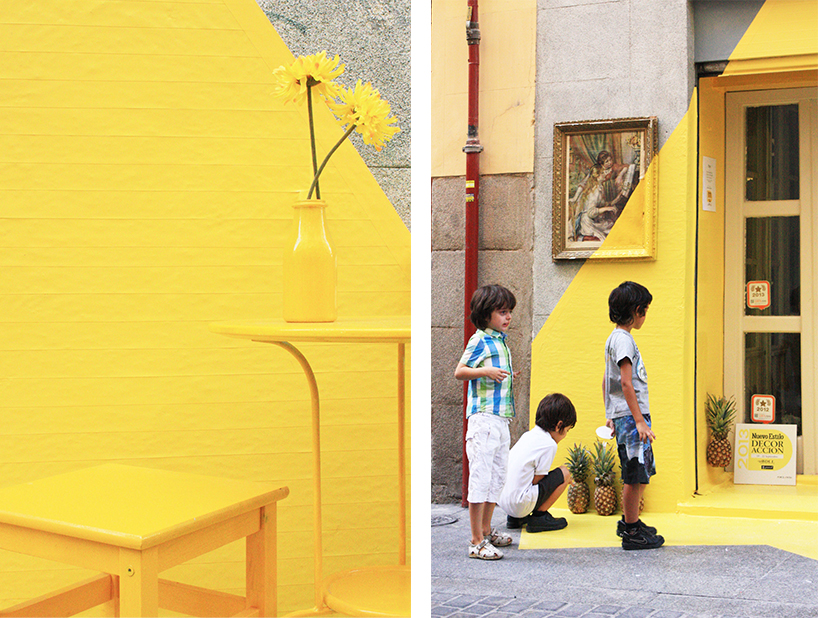 (left) detail of the furniture
(right) kids observing the installation 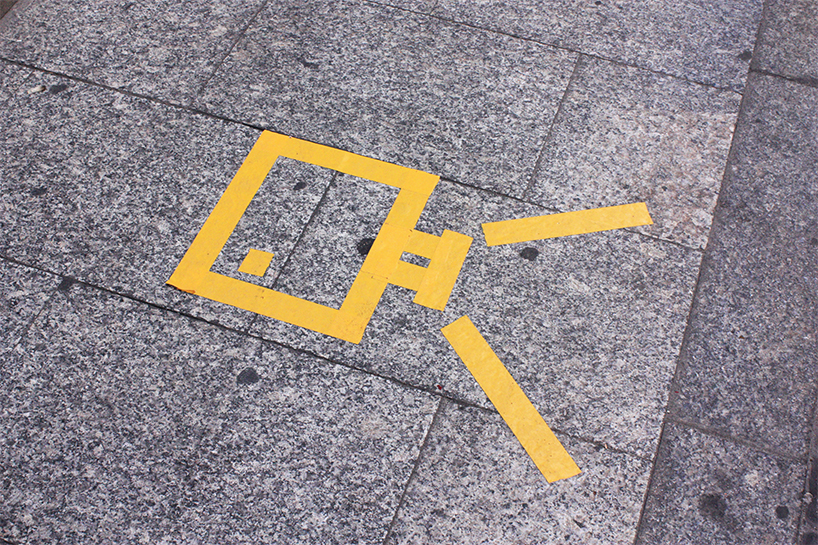 photo-point from where the perspective is the correct 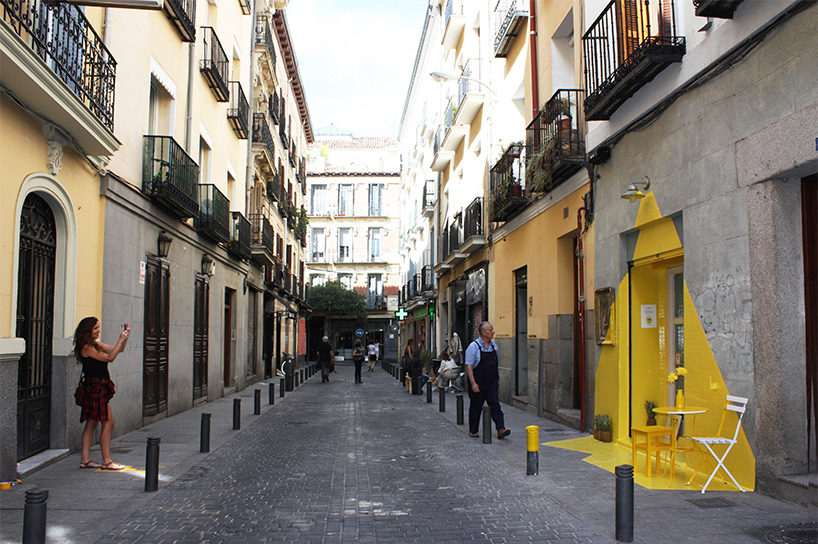 view of the entire street 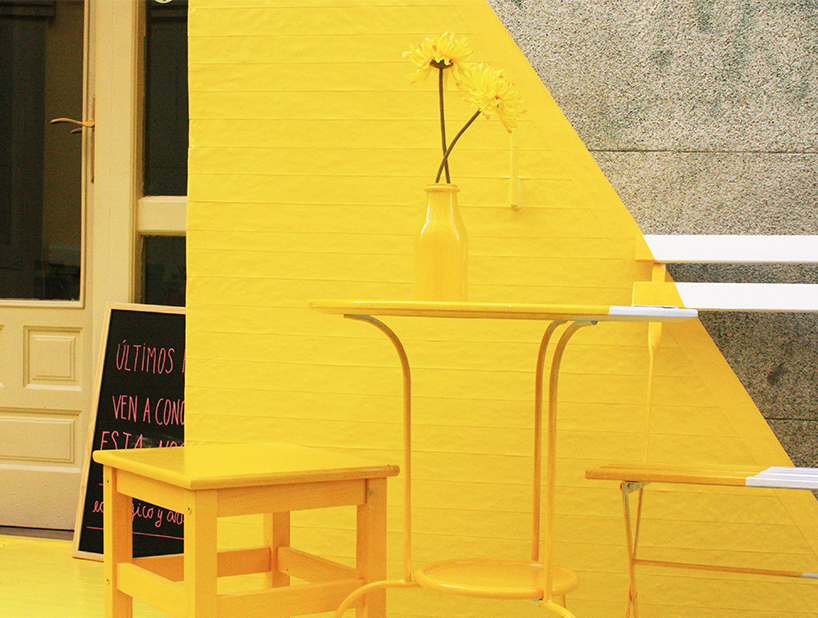 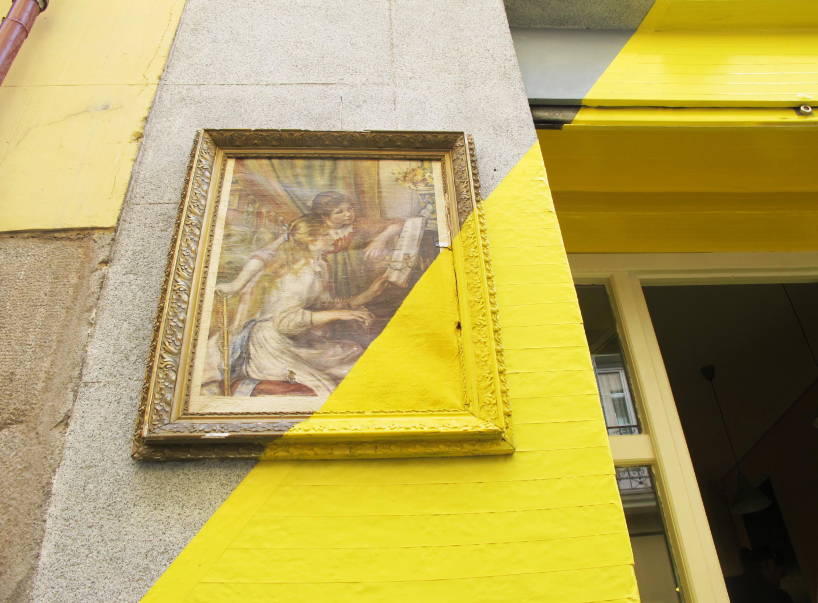 detail of the tape covering the objects 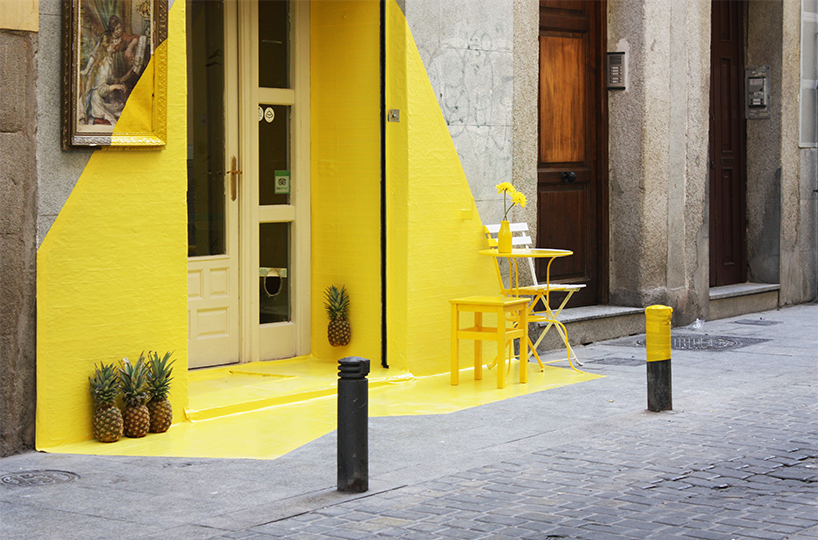 view going through the street 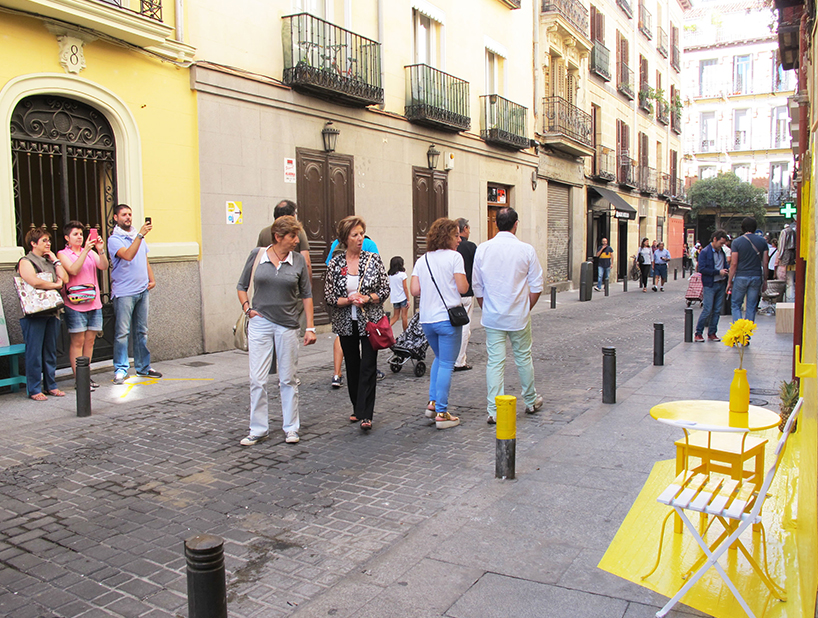 observers taking pictures of the installation 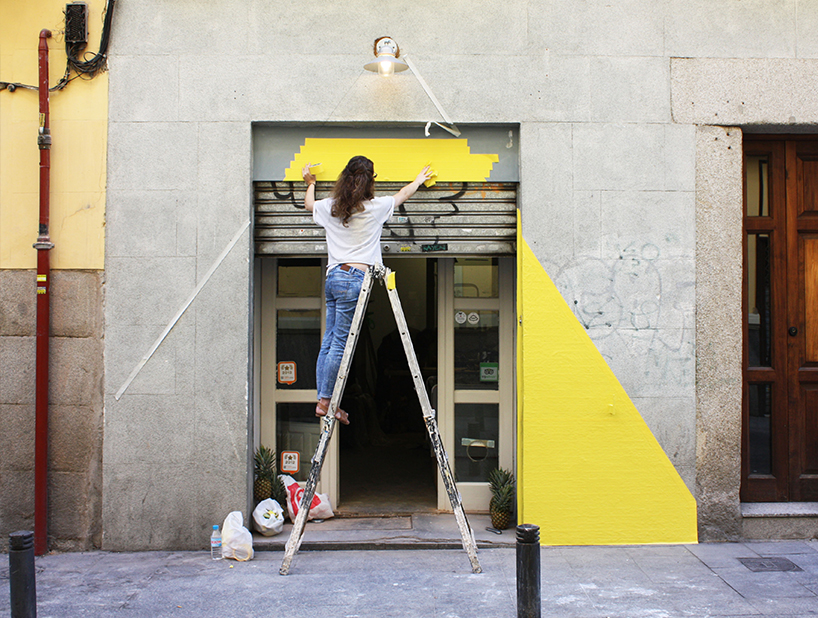 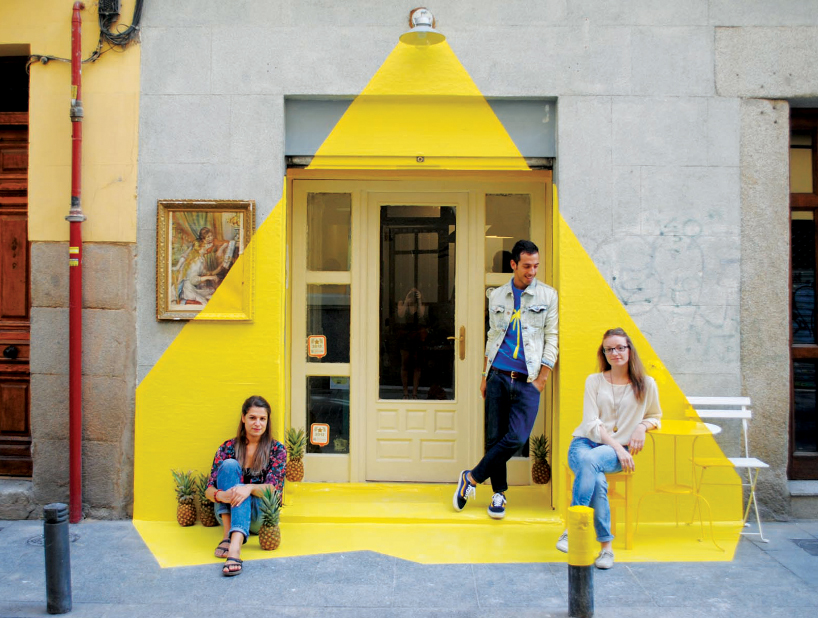