in an effort to bring world famous art to the masses, SNCF — france’s national state-owned rail service — has applied renowned works to one of the most heavily trafficked locations in the country: its public train system. in collaboration with 3M, the interior of a commuter train has been covered with graphic film that mimics impressionist art from the musee d’orsay; an imitation of the architecture of the palace of versailles; and images from cinema gaumont — the oldest film company in the world. during their commute, passengers can admire ‘morning, sun’ by camille pissarro, claude monet’s ‘blue water lilies’, or the vibrant stained glass wall of the musée d’orsay. 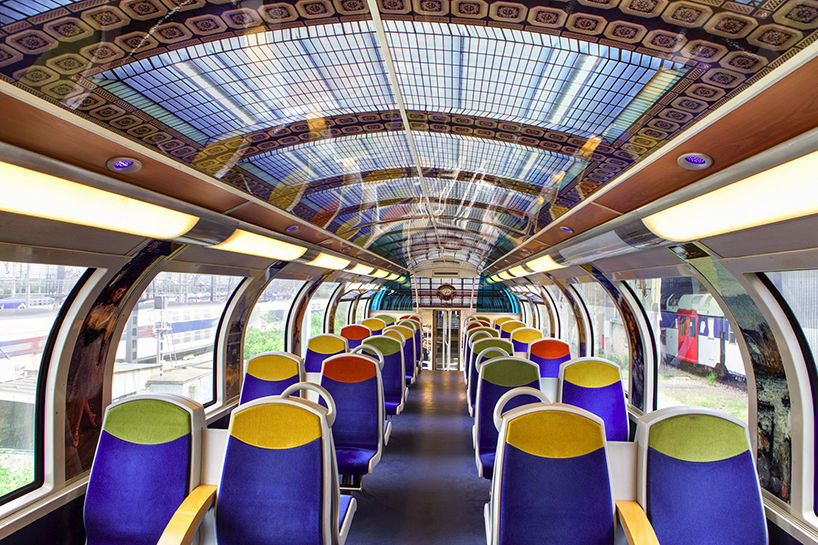 the project brings world famous art to the masses

while serving as a simple method to add beauty to an ordinary ride, the project also reflects the close ties between railroads and art. for example, the J line — which links paris’ gare saint-lazare and vernon stations — travels through landscapes that served as inspiration to many artists. similarly, the musée d’orsay began life as a railway station before it became a museum. as a result of the creative intervention, the artwork has dramatically decreased the amount of graffiti and criminal damage on trains, giving passengers greater peace of mind as they travel from one part of the city to another. 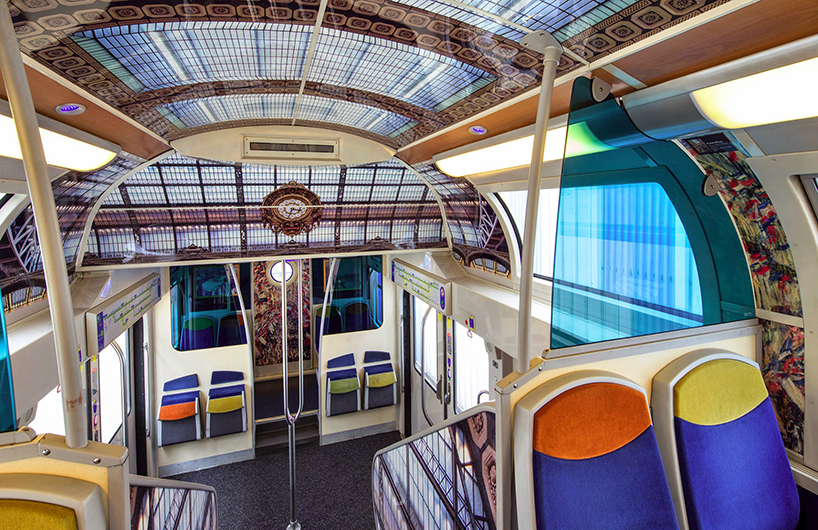 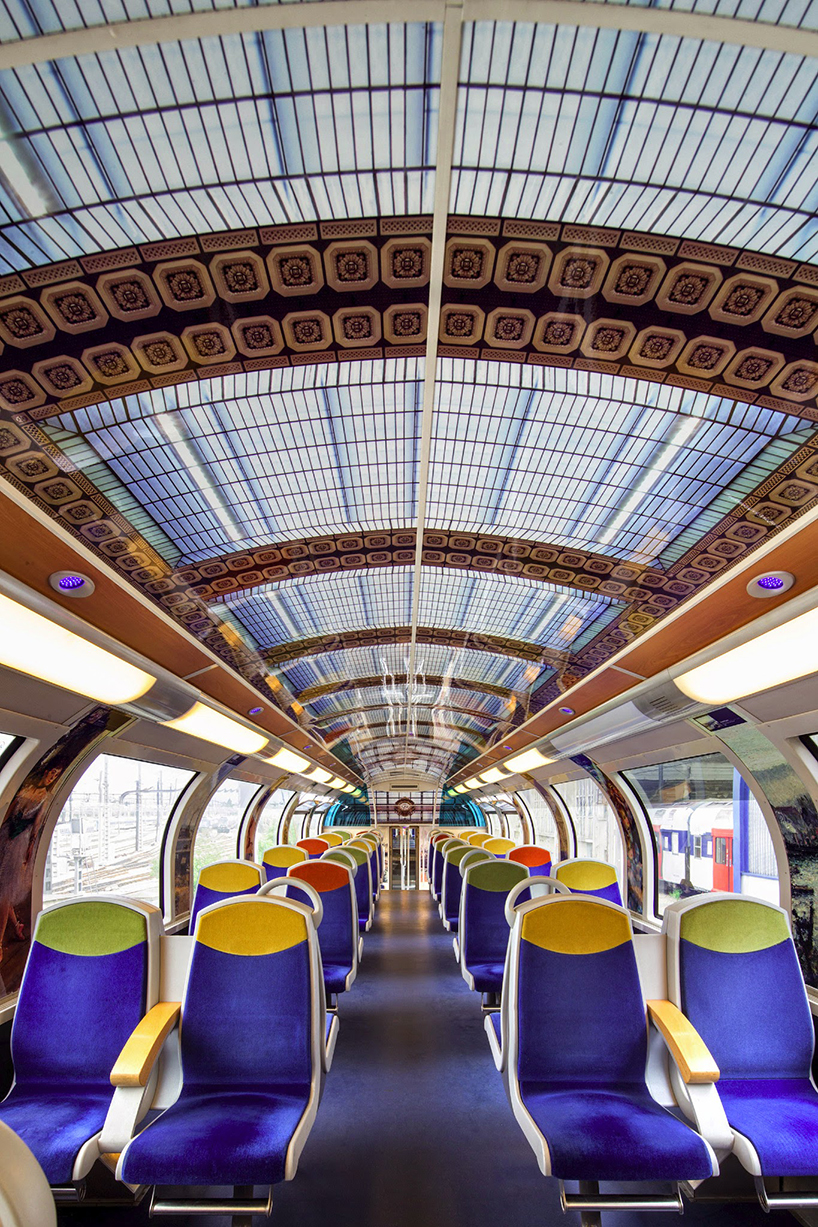 the project has been realized in collaboration with 3M 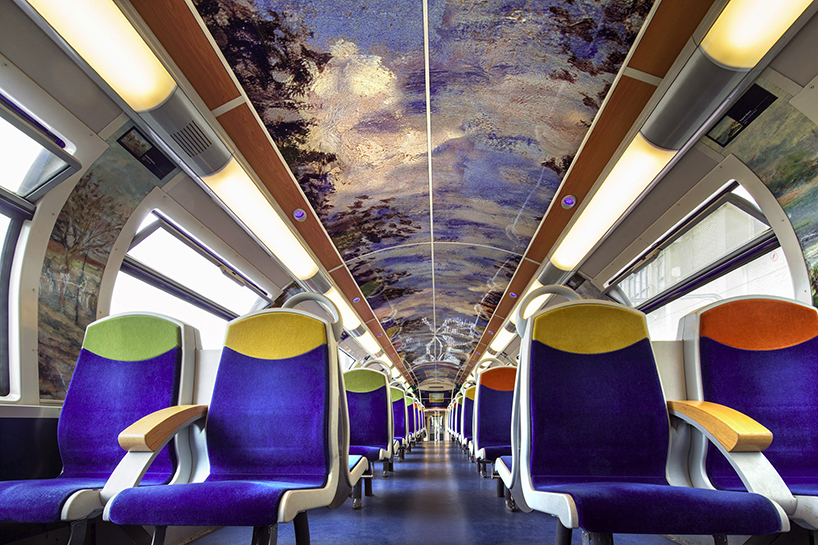 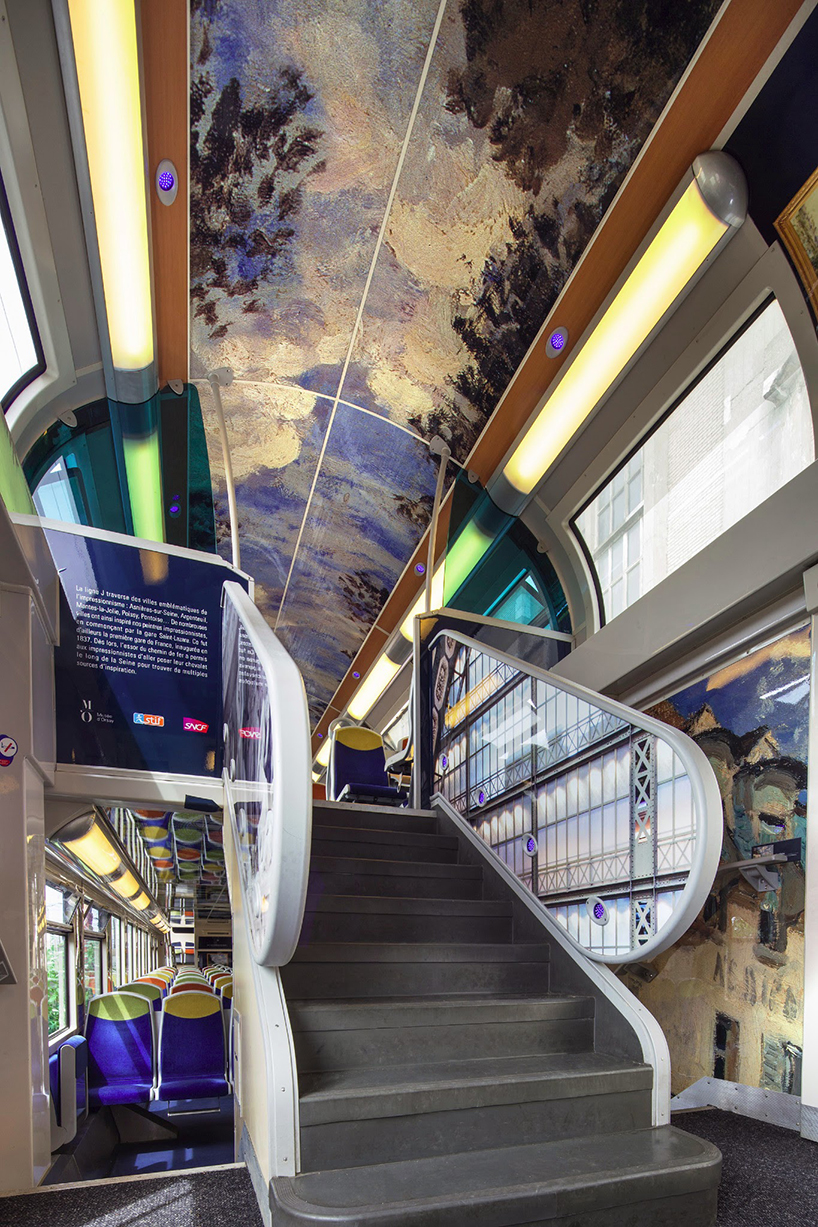 during their commute, passengers can admire works of art 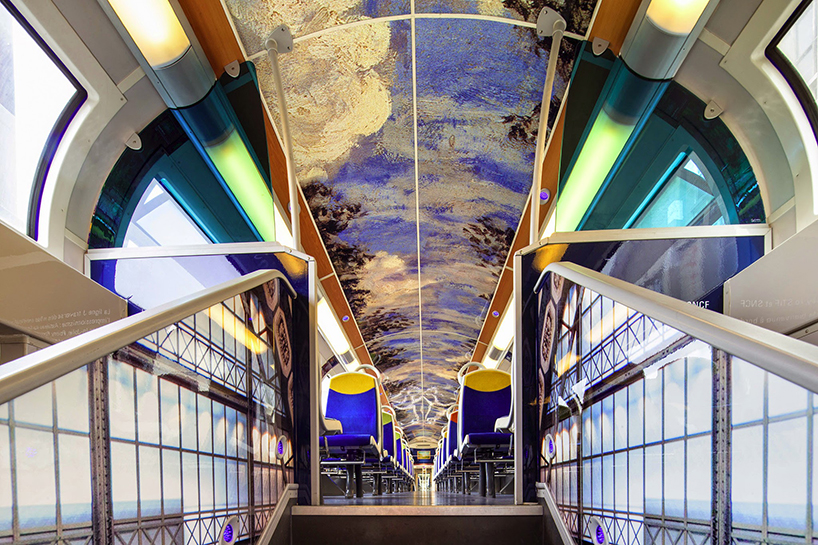 the graphics feature impressionist art from the musee d’orsay 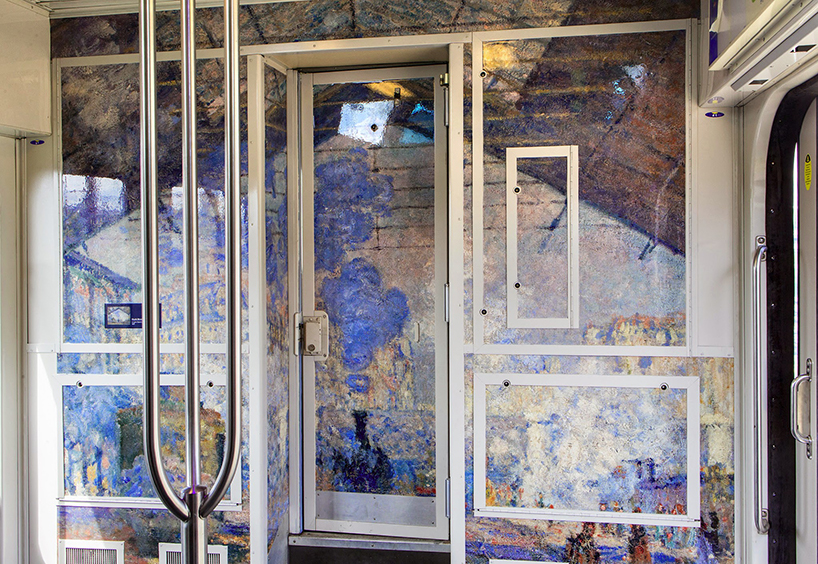 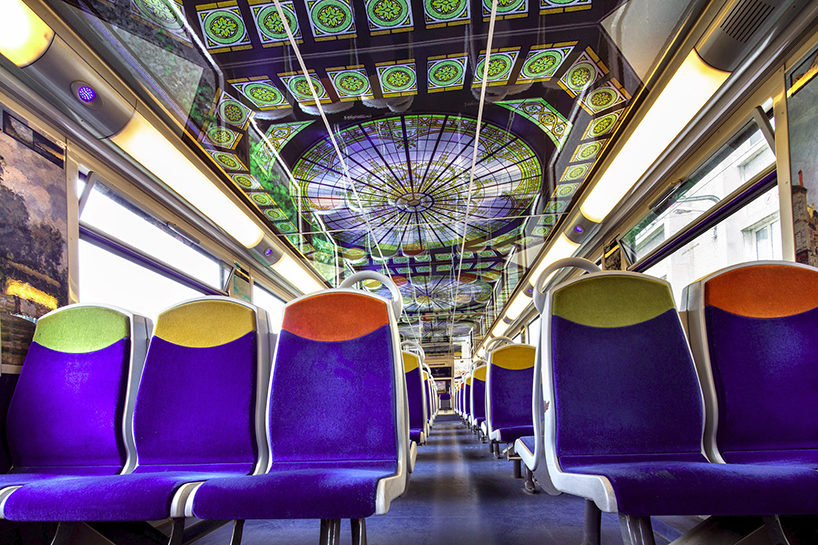 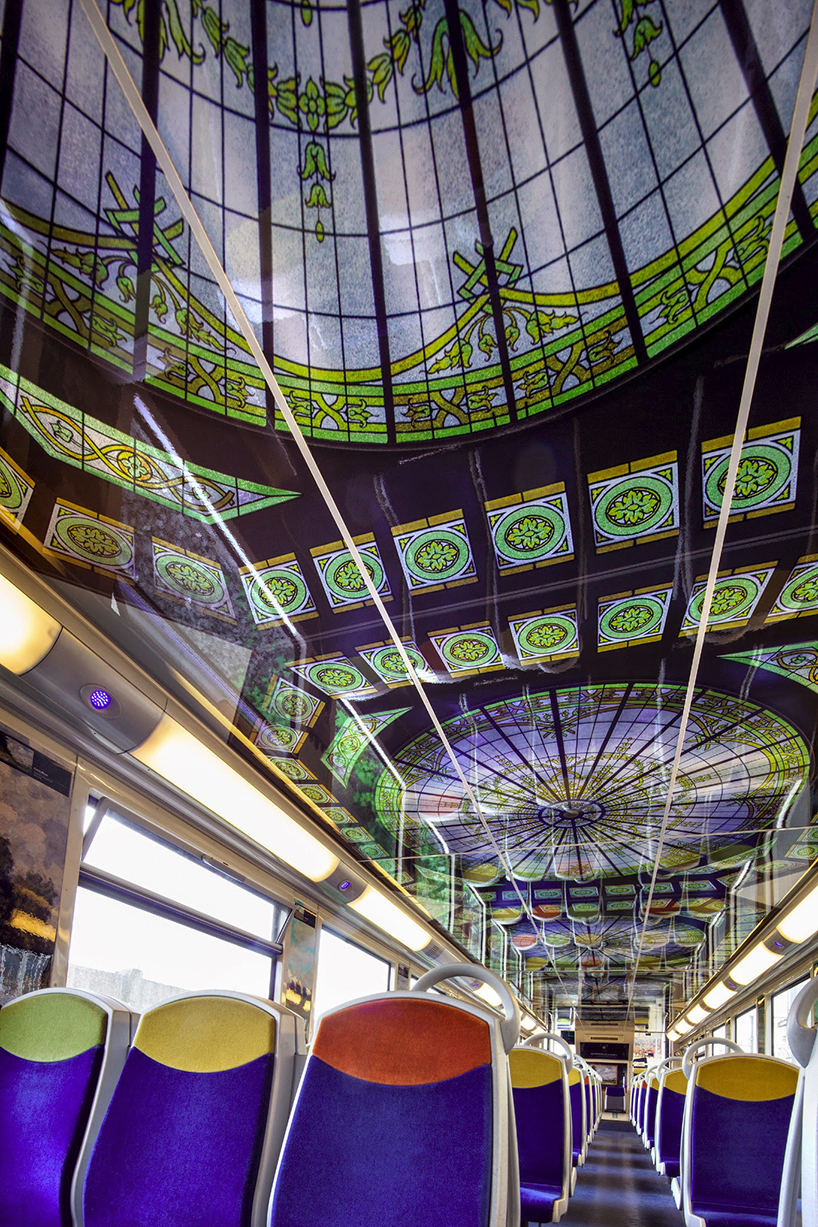 the series also reflects the close ties between railroads and art 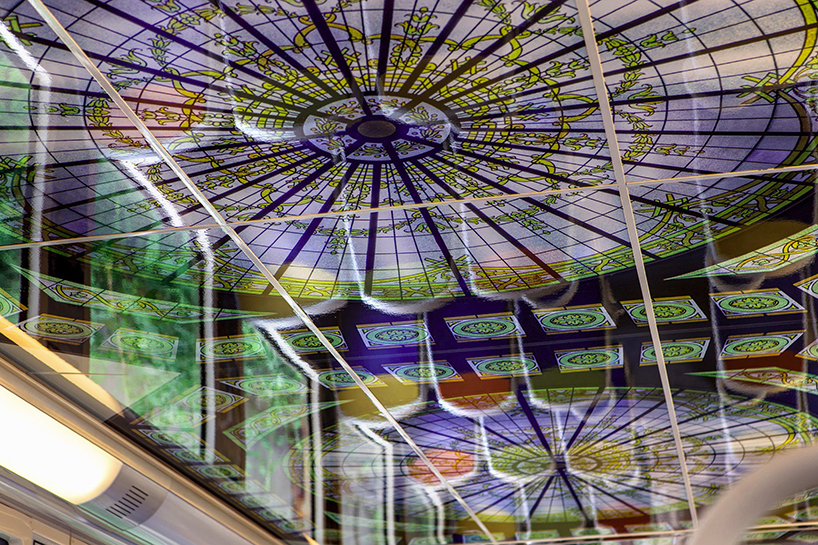 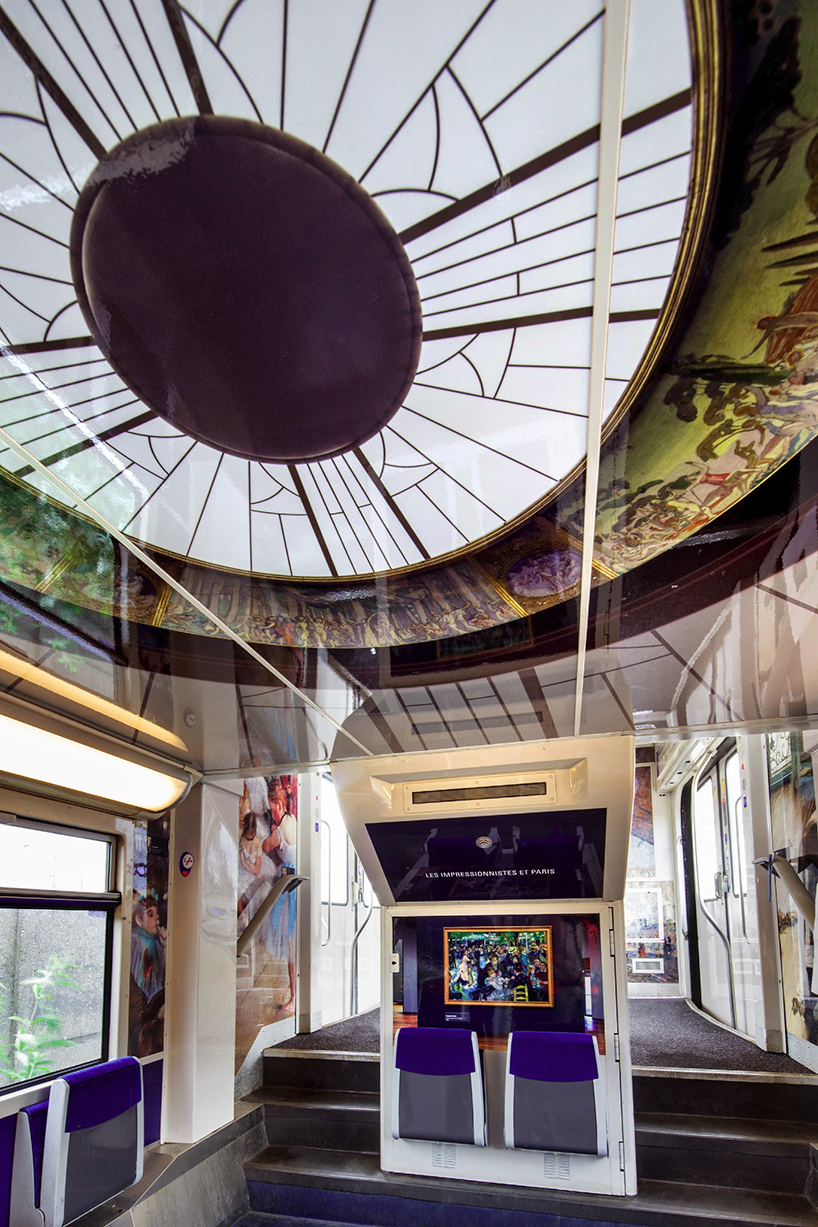 the artwork has dramatically decreased the amount of graffiti on trains