francesco capponi’s ‘pinhegg’, a pinhole camera created out of an egg

seeking to develop a camera that would be its own photograph, italian artist francesco capponi created the ‘pinhegg’, a pinhole camera composed of an emptied eggshell, which must be broken to reveal the image inside.

to create the camera, capponi drilled a small square hole in the egg, washed it out, and coated the interior of the shell with photographic emulsion liquid, in order to make it light-sensitive. he recovered the opening by taping a wrought-brass plate to the exterior, and because of the translucency of the shell, wrapped the entire egg-camera in black cloth,  with only the pinhole exposed. his photographic exposures lasted about thirty seconds, at which point he brought the camera to the darkroom, removed the pinhole plate, and filled the egg with processing and then fixing acid as with any photo development, revealing the image (as a photo negative) inside. he documents his process step-by-step in a lomography.com web tutorial.

capponi, who has created pinhole cameras from hats, pianos, origami, birdhouses, and even a living tree, reflects:

‘since I started pin-holing the world, I have had the strong desire to make a special camera, with the purpose of shooting just one photograph. the purpose was to sacrifice the camera in the process of photo creation: I wanted the camera to become the photograph. the process from the camera to the photograph is the same that ties the baby bird to the egg:  the bird grows protected from the shell and when it’s ready breaks it and comes out. this is why I decided to create the pinhegg, an egg pinhole camera.‘ 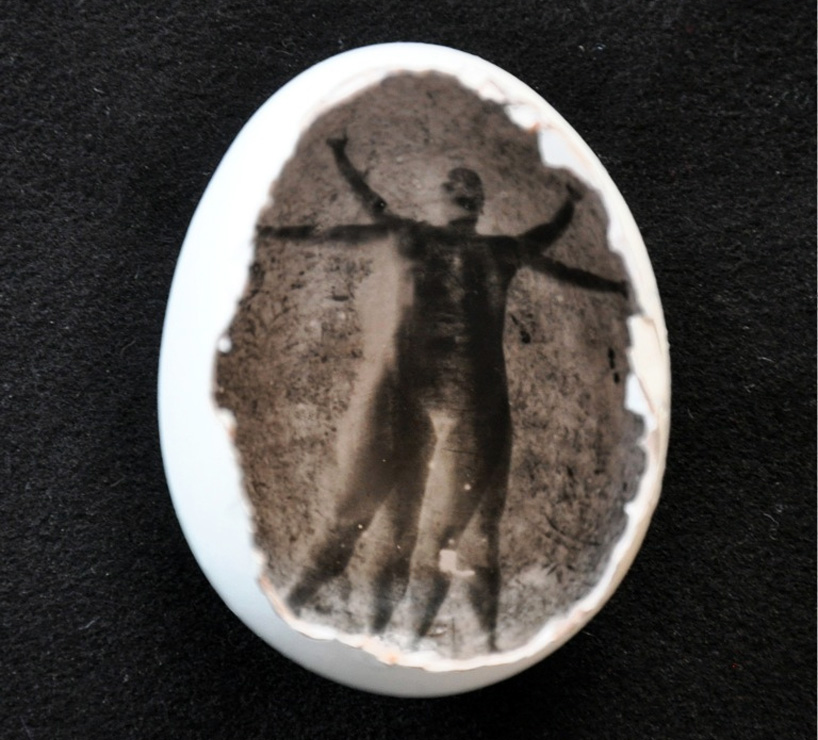 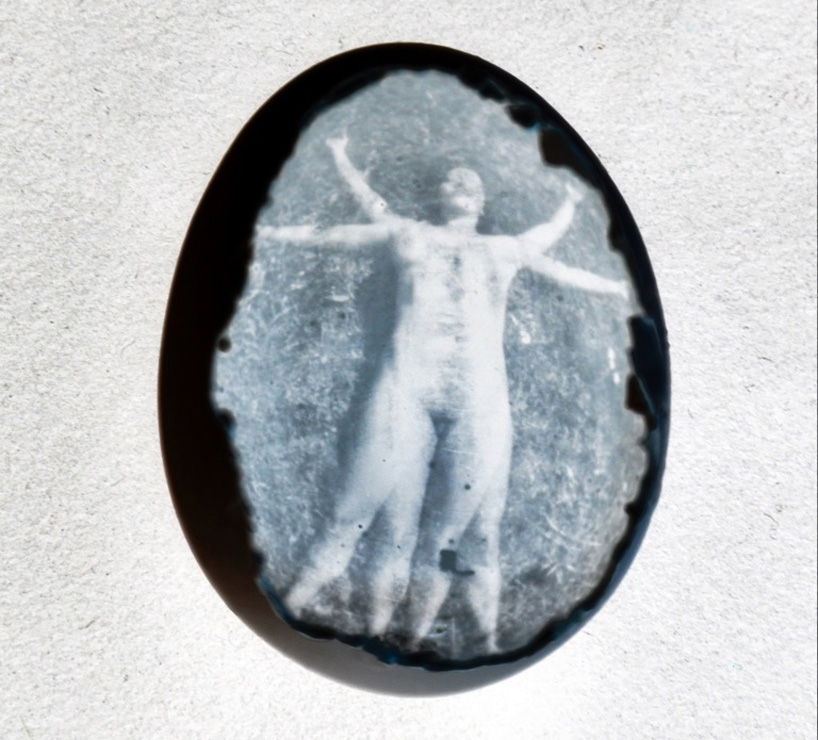 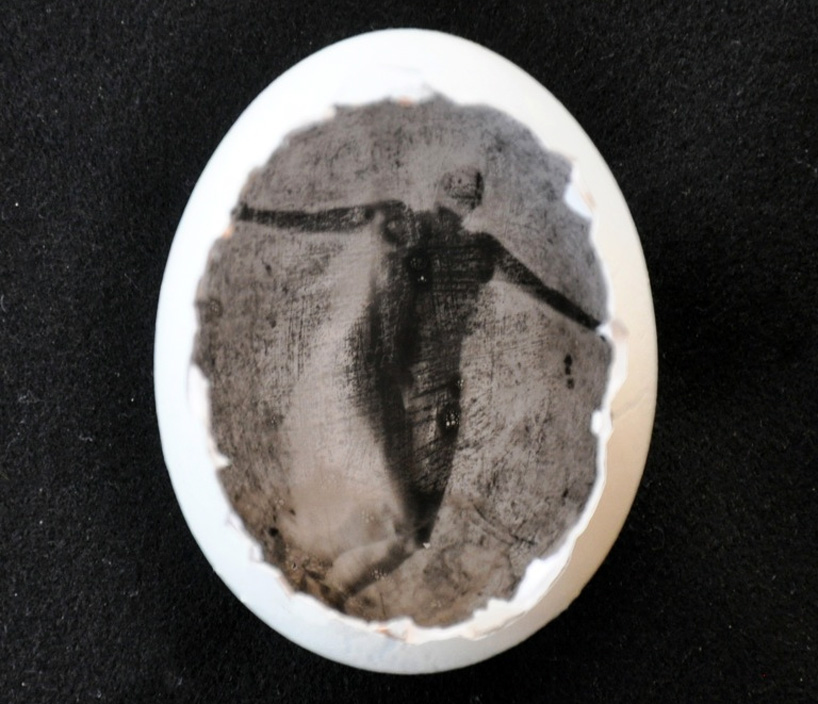 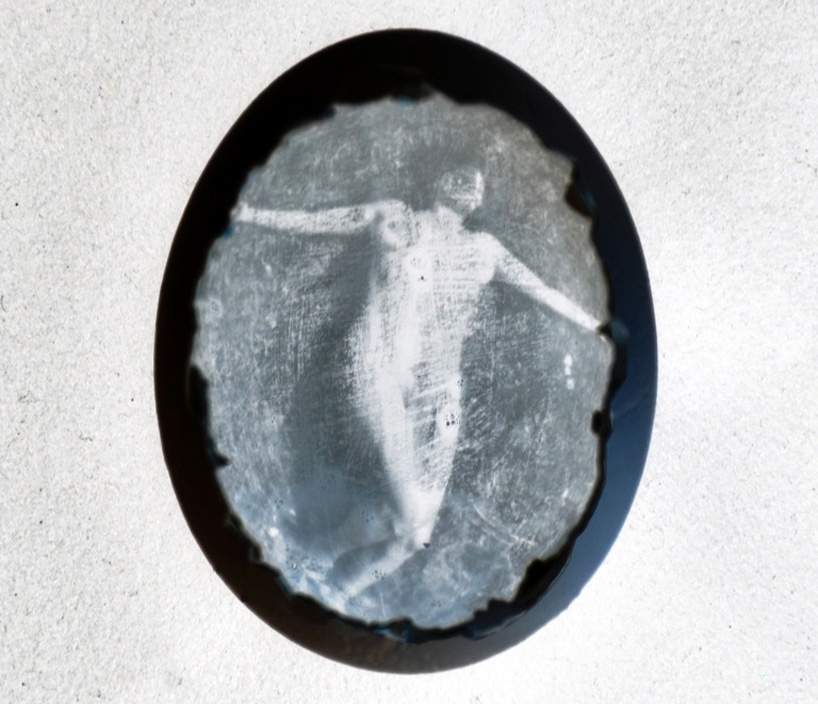 ‘god is female’ : photograph of egg inverted to see the positive image

‘I don’t wanna grow up [i]’: original egg (left) and inverted photograph (right), to see the positive image