in spanish photographer francisco reina‘s ‘the silent enigma’ series, the audience enters a scenario of noticeable calm, whether the architectural structures depicted are ethereally floating in the sky or hovering about the surface of the earth. the mysterious scenarios invite the viewer to question what may, or may not, be happening within the lofty walls, surrounding the scene in a mystifying ambiance. ‘silence surrounds everything and turns tranquility into an apparent reality.‘ reina describes ‘nothing is happening at first sight but we see a floating edifice where something could (or not) be taking place inside. this edifice seems to be the hidden mystery of the scene, though it is merely the fortress hiding the enigma. attention is focused on the interior of the house. mystery lies where our eyes cannot see.’ 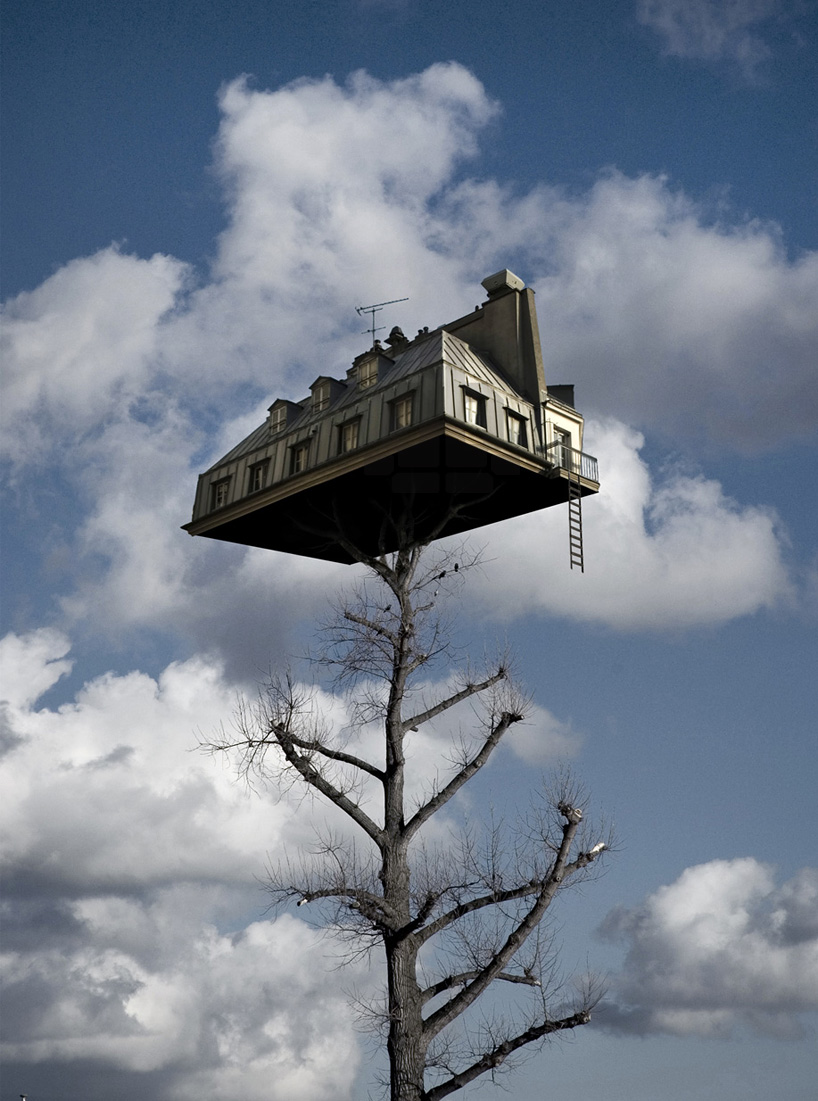 the sense of secrecy and curiosity is magnified by a set of stairs or a ladder placed with the context of the scene, almost allowing for the possibility to peek inside. but at the same time, the stairs’ lack of earthly contact limits the way up, keeping the viewer distanced from the enigma. ‘this work reflects on the problems that arise in the viewer when a certain perception of reality is formed as a result of more questions than answers coming out of what we see.’ 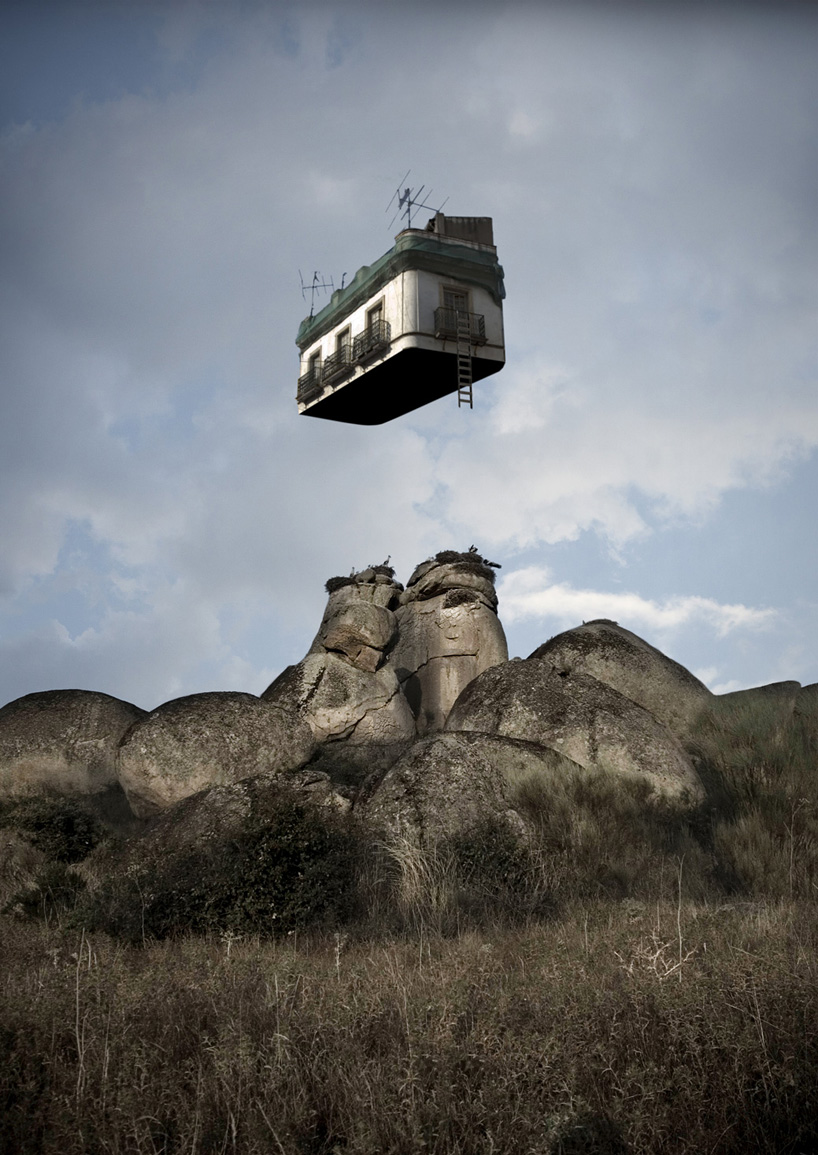 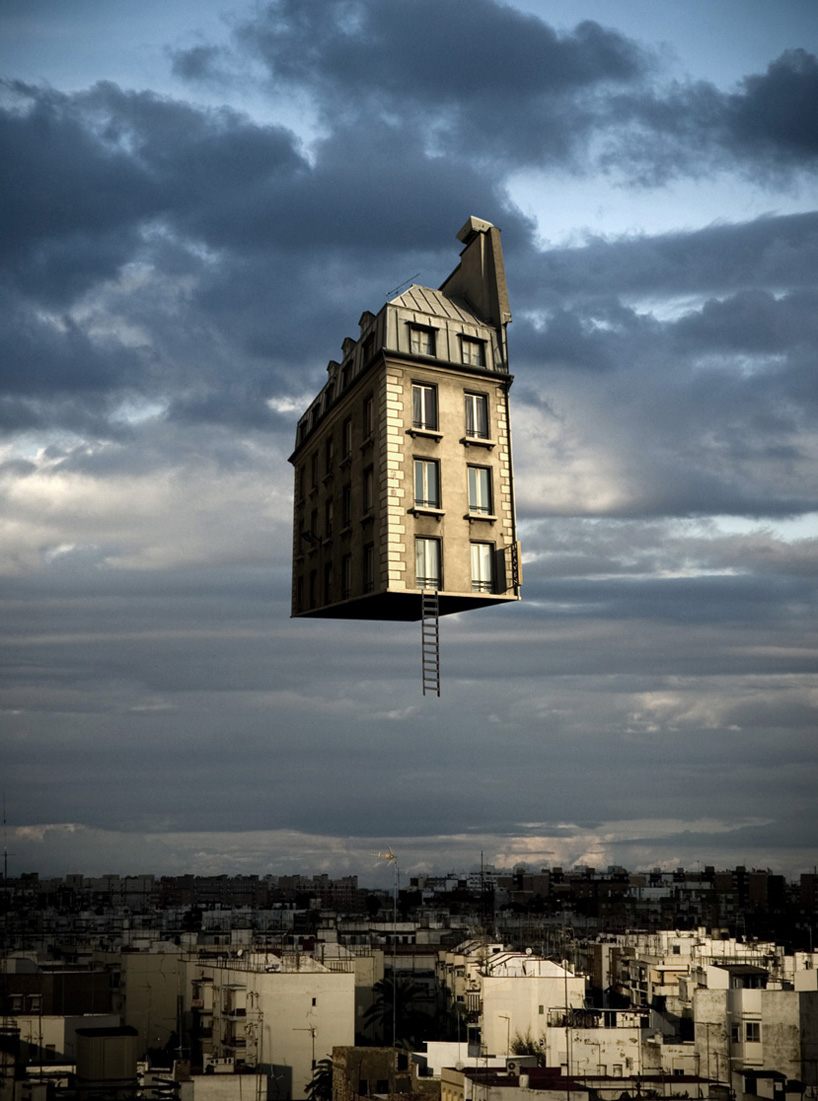 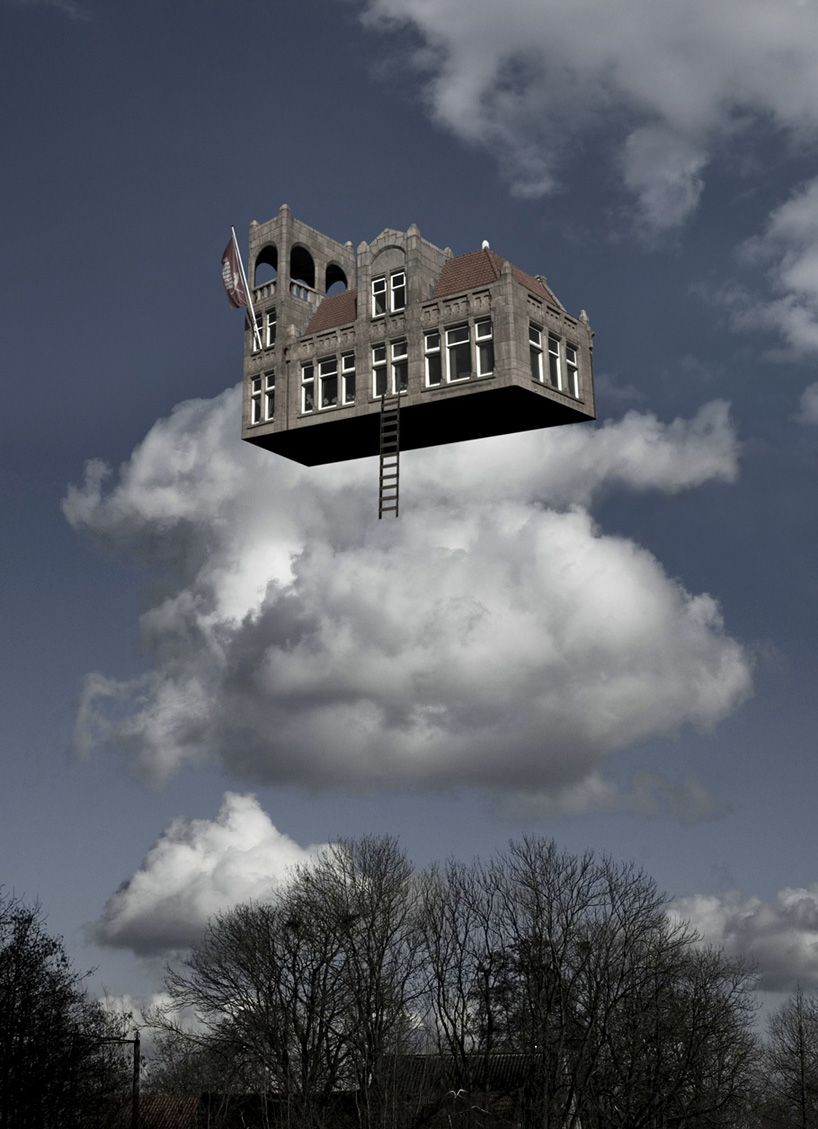 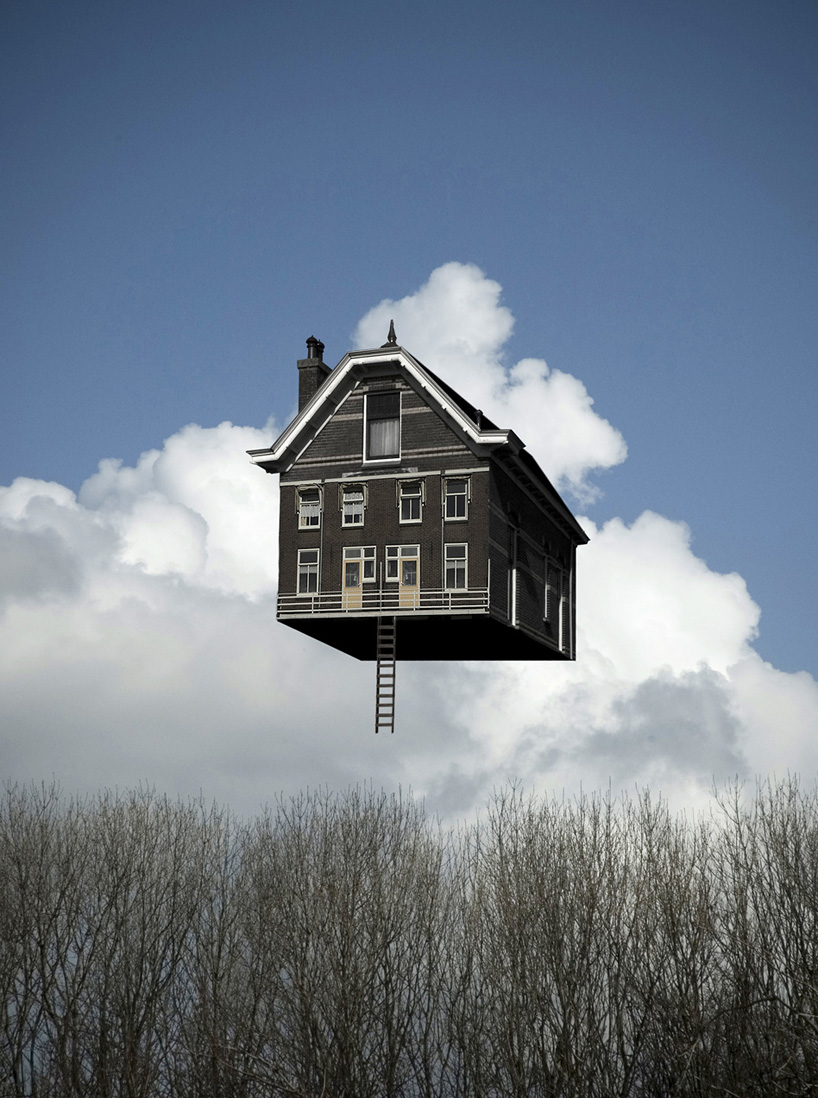 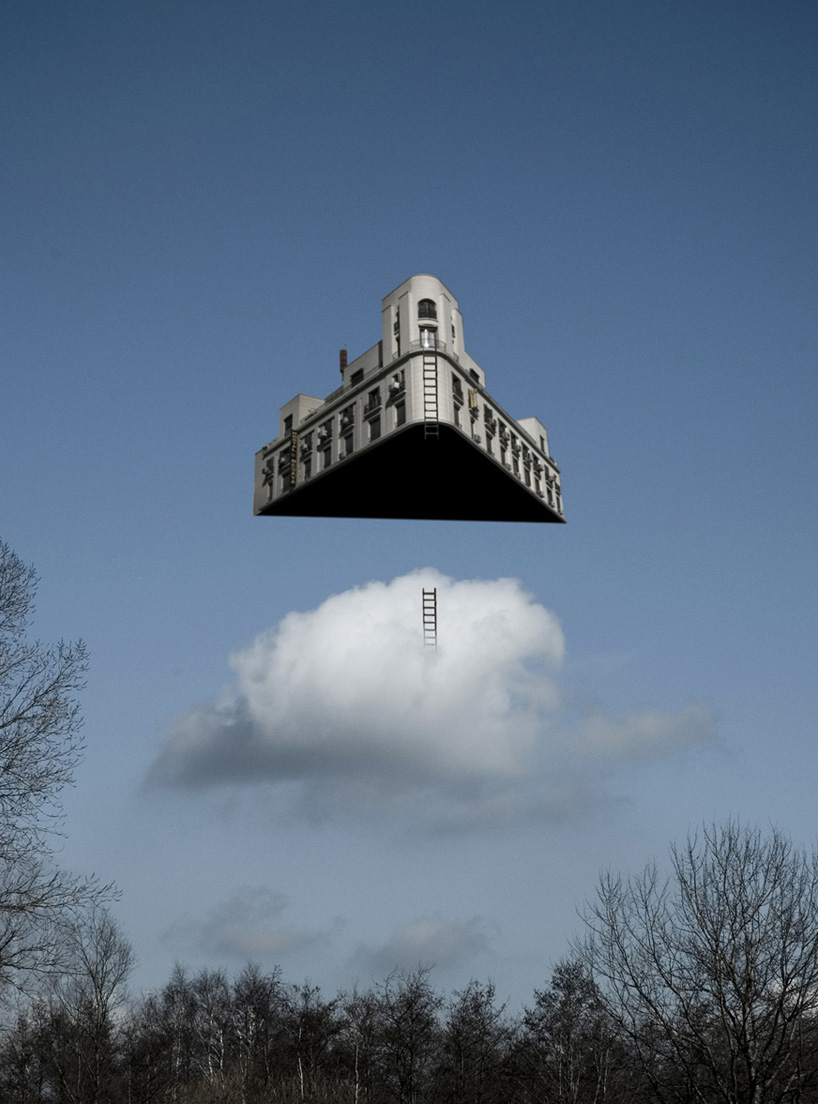 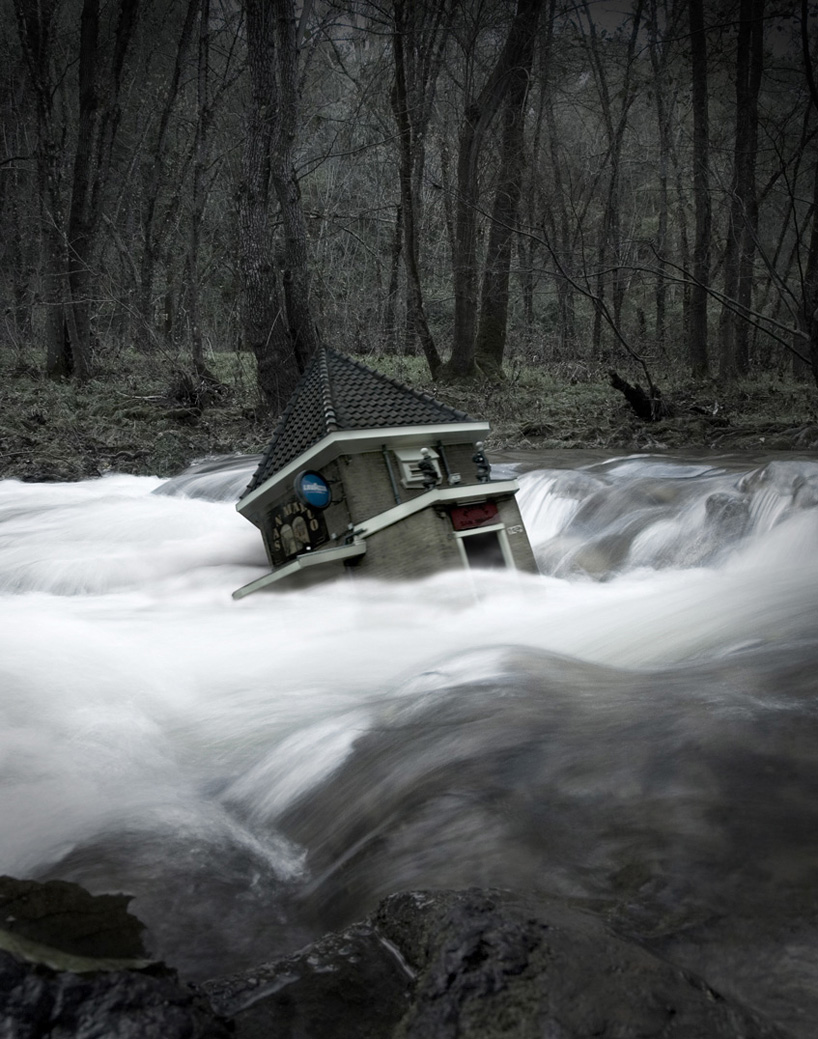 May 10, 2021
virgin mary. supermarkets. popcorn: miles aldridge on his cinematic and chromatic tableaus
designboom spoke with the british artist and photographer about his cinematic heroes, the magic of film photography, and slowing down the image making process.
art
167 shares
connections: +280