leave on the walls a photographic trace of your fleeting visit, 1972 exhibition in real time with photomatic kiosk

in 1972, franco vaccari (b.1936 modena, italy) set up a photo booth at the venice biennale as part of a work entitled, ‘leave on the walls a photographic trace of your fleeting visit’, (1972). over five thousand visitors complied with the work’s directive; having their pictures taken in the photo booth and fixing the resulting strip of photographs to the wall. as the exhibition progressed, however, vaccari ran into some trouble with the venetian police, who were concerned about some of the activity going on behind the photobooth’s floor- length curtain. in order to curtail what they believed to be inappropriate behavior, the police took scissors to the curtain, shortening it to a more revealing length.

for the gwangju art biennale 2010, vaccari has been invited to re stage this work, which is a kind of image- generating machine that creates a visual history of its use and of the show itself, but which also relies entirely on the participation of the viewing public and their willingness to donate an image to the gallery walls. in this regard, the work can be seen as a precursor to the relational artworks of the 1990s, which focused on creating works that remained incomplete without the direct engagement of the viewer. within the context of contemporary culture, the work takes on a new set of associations in light of social networking and photo- sharing websites, where users voluntarily share their images with a wide audience on an almost daily basis – cultural development that would no doubt have been foreign to viewers in the early 1970s, but which is now a prominent aspect of our image-saturated media environment. 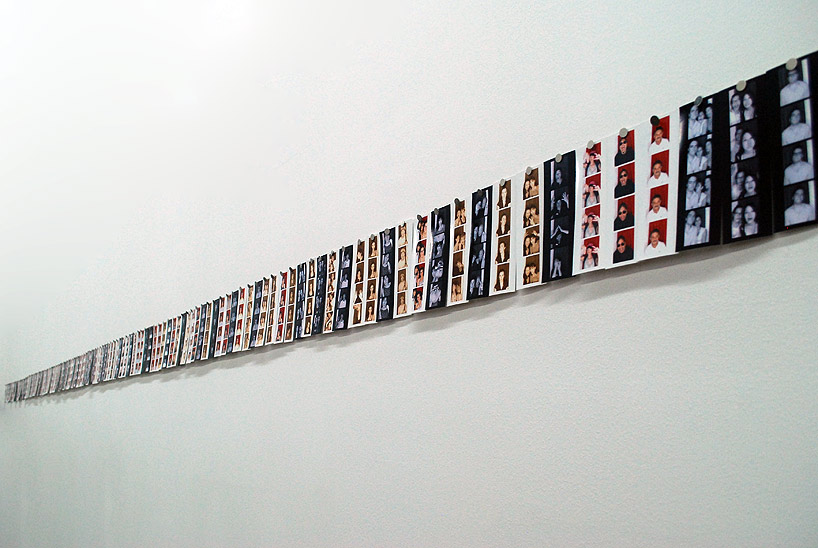 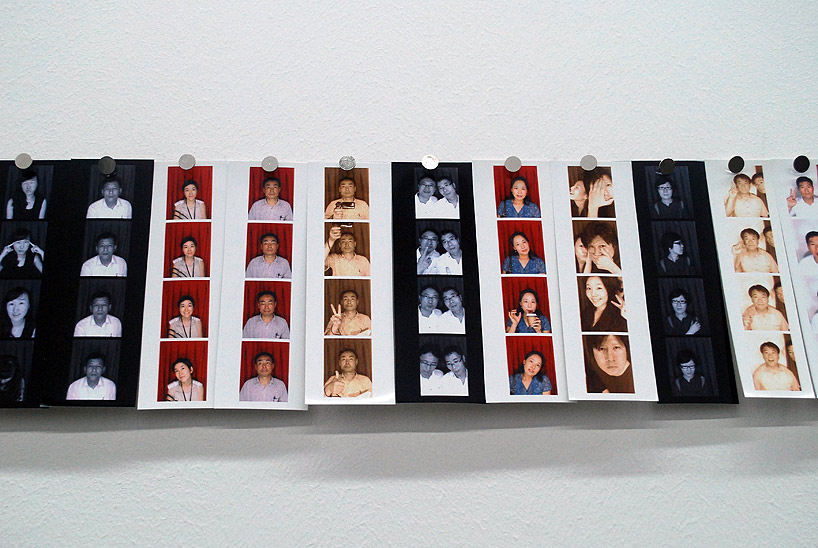 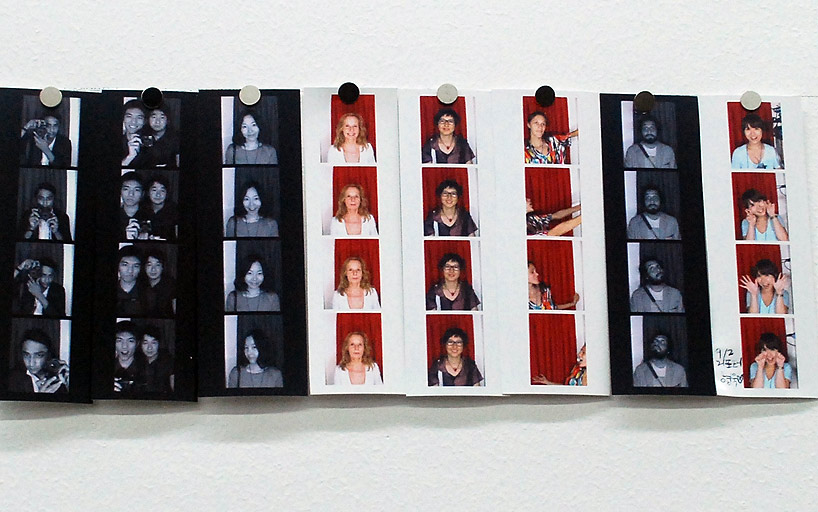 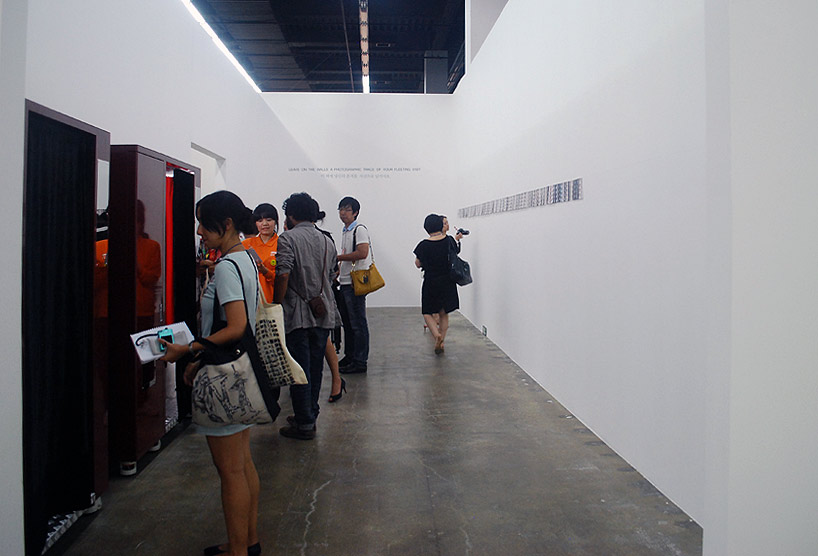 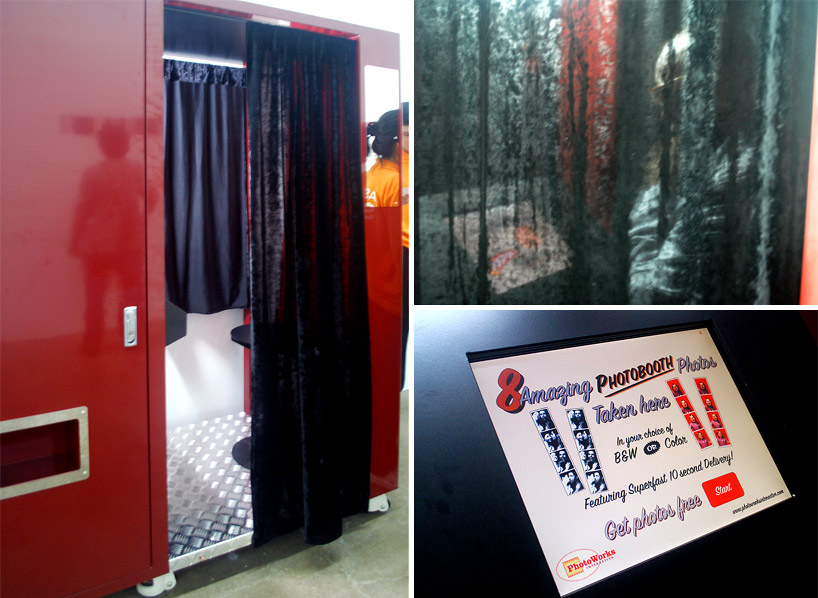 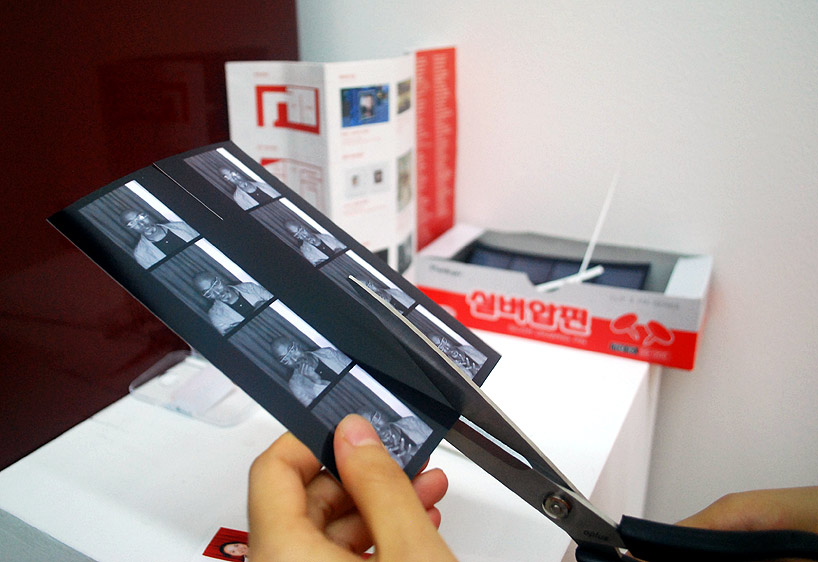 a viewer participating in the exhibition image © designboom 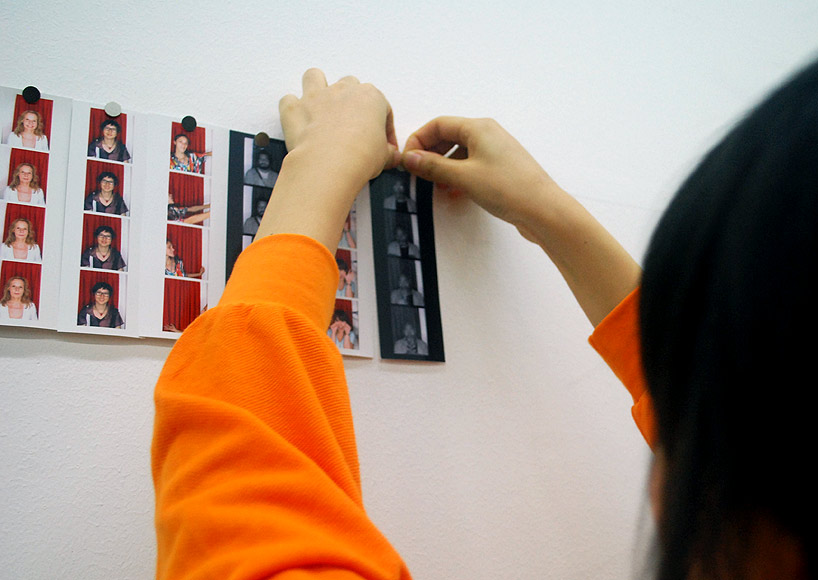 attaching a strip of pictures on the wall image © designboom 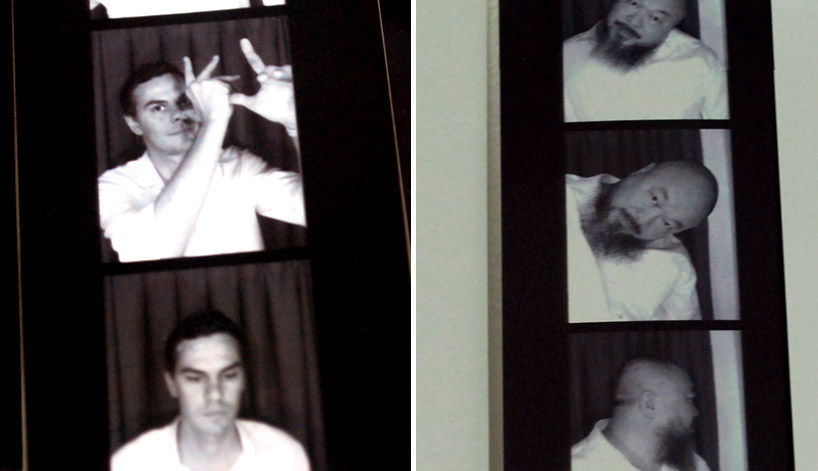 pictures of massimiliano gioni, the curator of gwangju art biennale 2010 and chinese artist ai wewei, next art director of gwangju design biennale 2011 among many portraits of people on the wall images © designboom