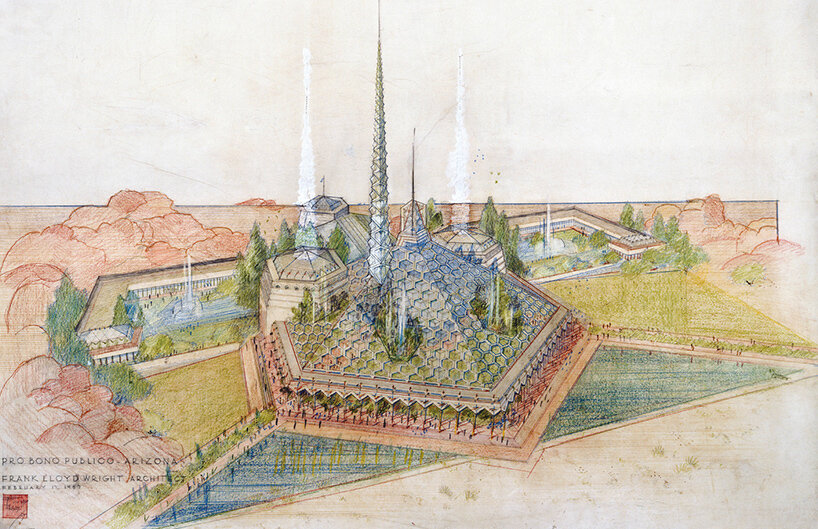 frank lloyd wright introduced plans for the ‘oasis’ state capitol in 1957 as a gift to his adopted home state of arizona where he had lived for two decades. the unsolicited proposal, an homage to desert-derived architecture, was presented for the city of phoenix who was embroiled over the widely published designs. through his good intentions, the architect had caused months of public contention, ultimately leading to the design’s denunciation. the frank lloyd wright foundation continues: ‘state officials denounced the design, calling it ‘too ornate’ and ‘too expensive,’ even though its estimated cost was $5 million, $3 million less than the originally proposed skyscraper. one legislator went so far as to say that the oasis looked like an ‘oriental whorehouse.’ 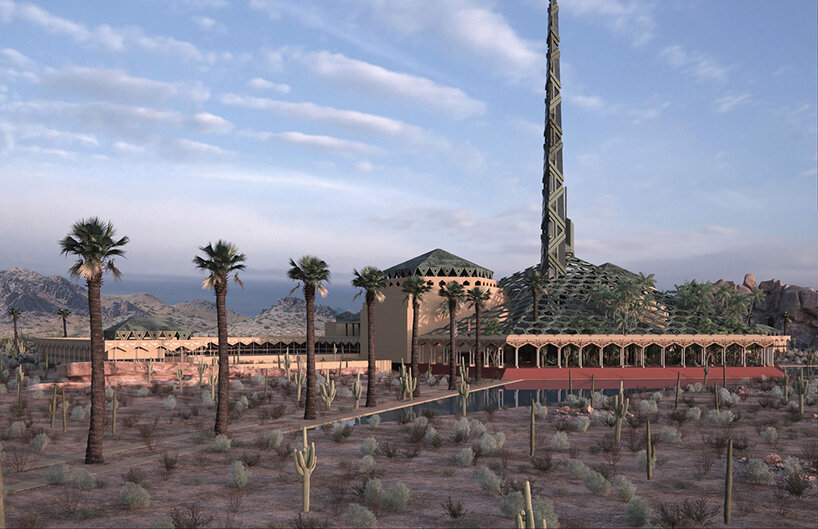 frank lloyed wright envisioned his proposal as an ‘oasis’ within phoenix’s so-called valley of the sun. honoring the spirit of the aizona desert landscape, the masterplan is characterized by a monumental canopy of copper-plated latticework, featuring permeable openings for sunlight, fountains, and trees. birds would be allowed to roost, to nest, and to fly through. this element would have created an integration of interior and exterior space, hybridizing the building and the landscape. a system of pedestrian transportation was designed, with moving sidewalks and shuttles across an expanse of gardens with fountains. 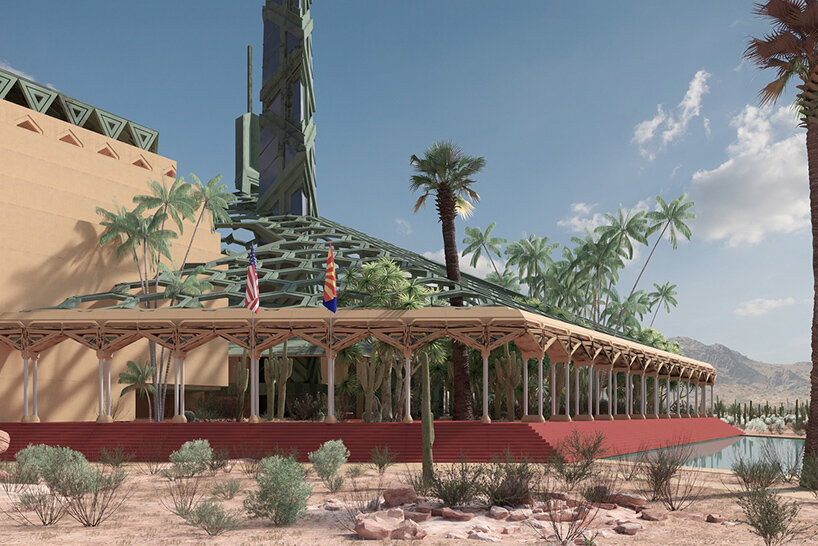 the ‘oasis’ state capitol further expressed influence from the desert landscape in its massing and layout. a continuation of his typical design language, the design was to be low, broad, horizontal — the architect decisively avoided a vertical tower — which ultimately defined the selected proposal. the few vertical elements in wright’s proposal included a set of radio and television broadcasting spires, expressing wright’s belief that these forms of communication were vital ‘to the social life of the people.’ the overall massing and layout was horizontal, with respect for the scale of the surrounding landscape, and the expansive valley that he believed the city of phoenix should be in unity and harmony with. 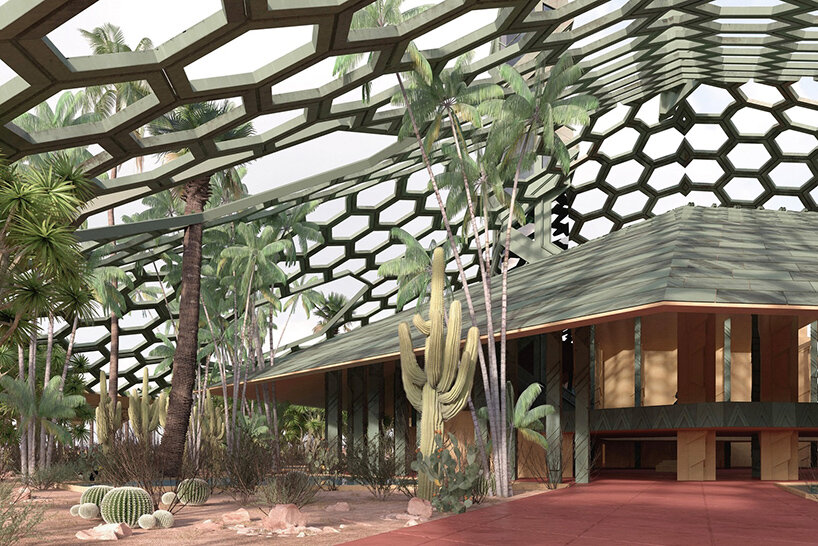 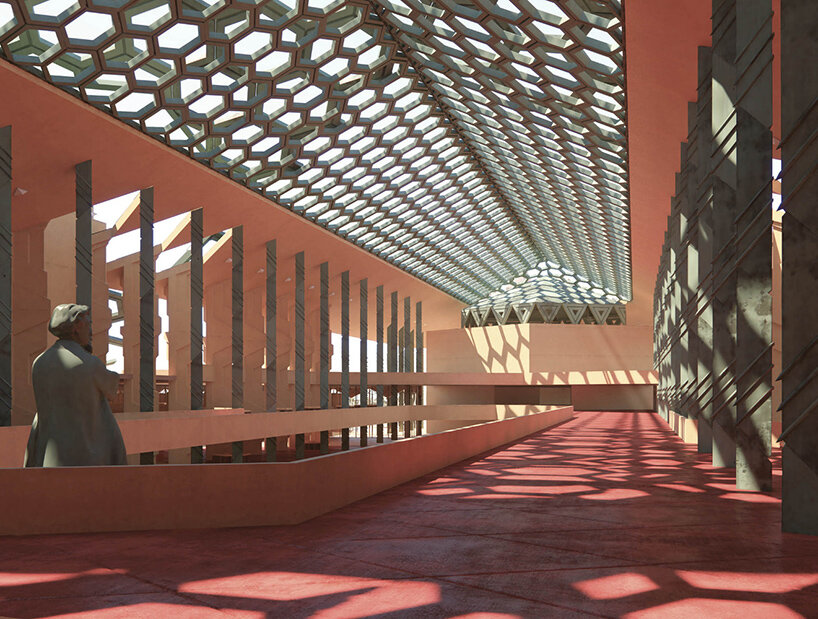 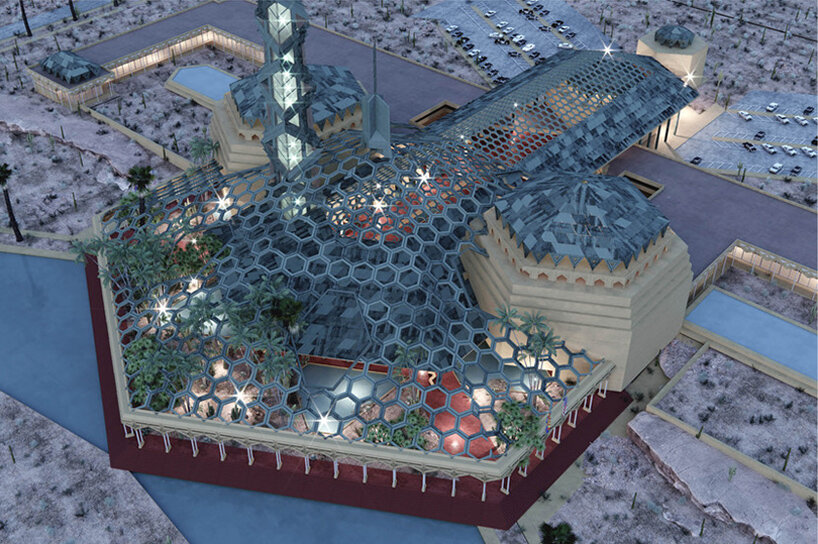 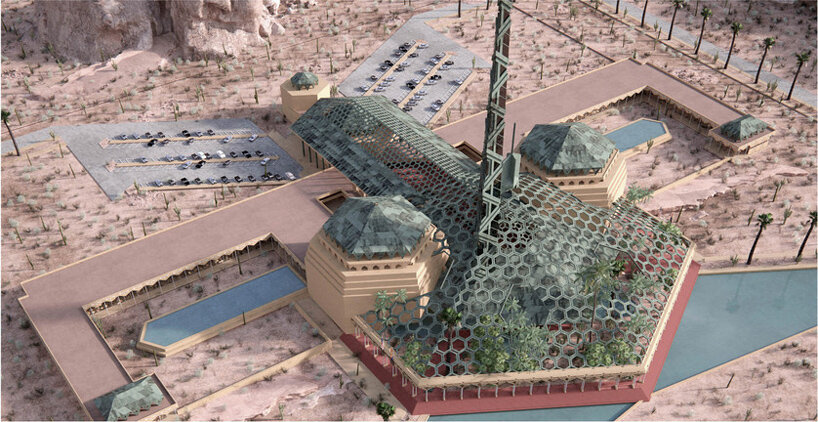 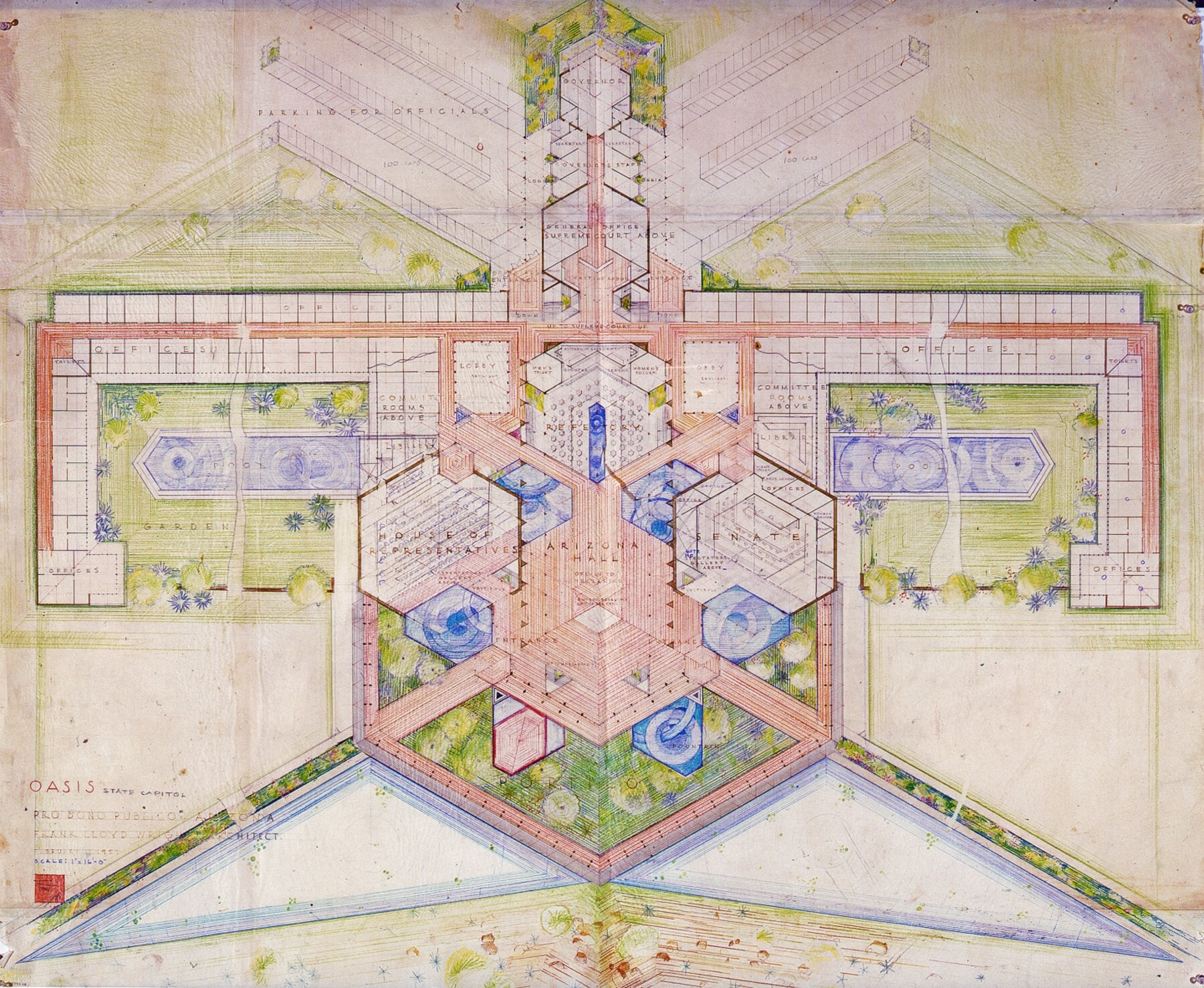 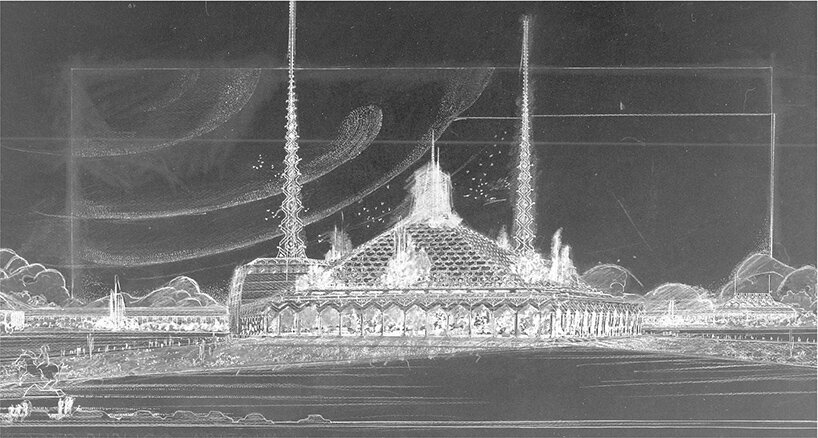