austrian artist franz west presents ‘extroversion’ as his para-pavilion at the venice art biennale 2011. he is one four artists that were invited by bice curiger, curator of the biennale’s 54th edition, ‘ILLUMInations’, to create a site-specific structure designed to host works by other artists.

acting as a miniature exhibition, the resulting installation is based on the idea of domestic space, a type of kitchen-studio turned inside out that features works from west’s personal collection: usually on display in his home, it includes pieces by friends such urs fischer, mike kelley, gelitin, and many more. decorated with a wallpaper pattern created by west’s wife and artist tamuna sirbiladze, the structure’s exterior acts as a gallery wall, while the photographic series ‘dream villa’ by photographer dayanita singh is projected on the inside wall. 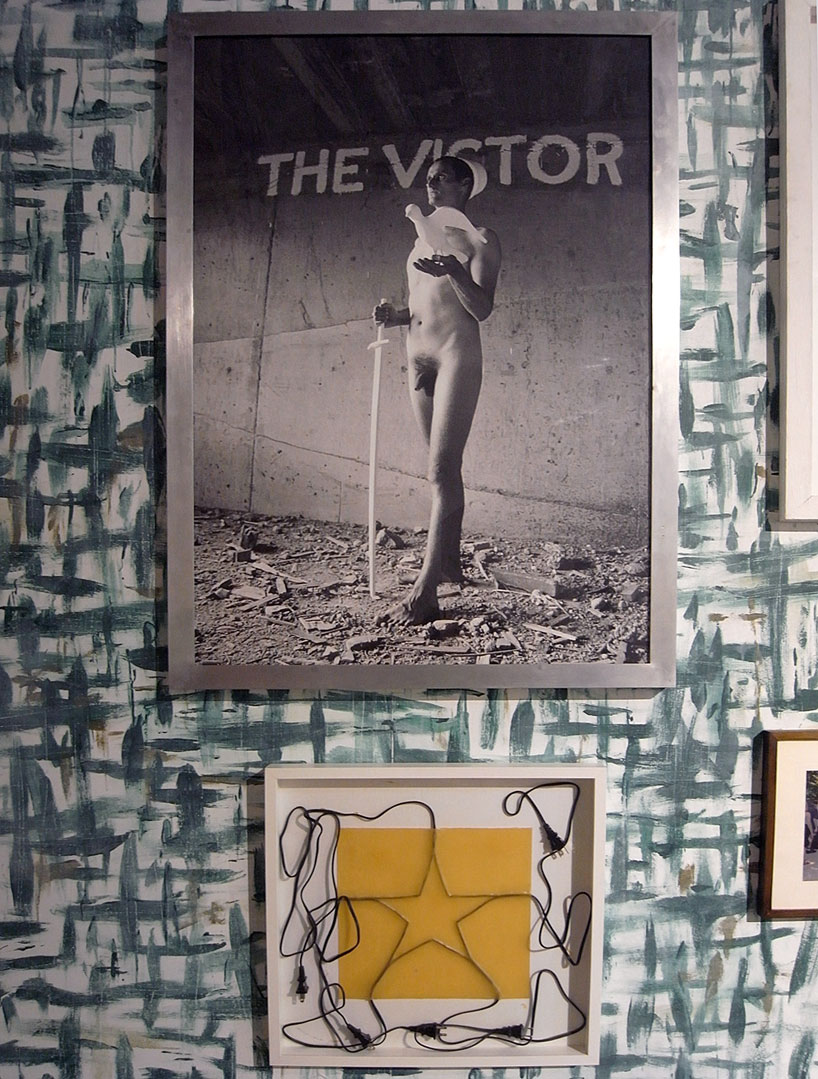 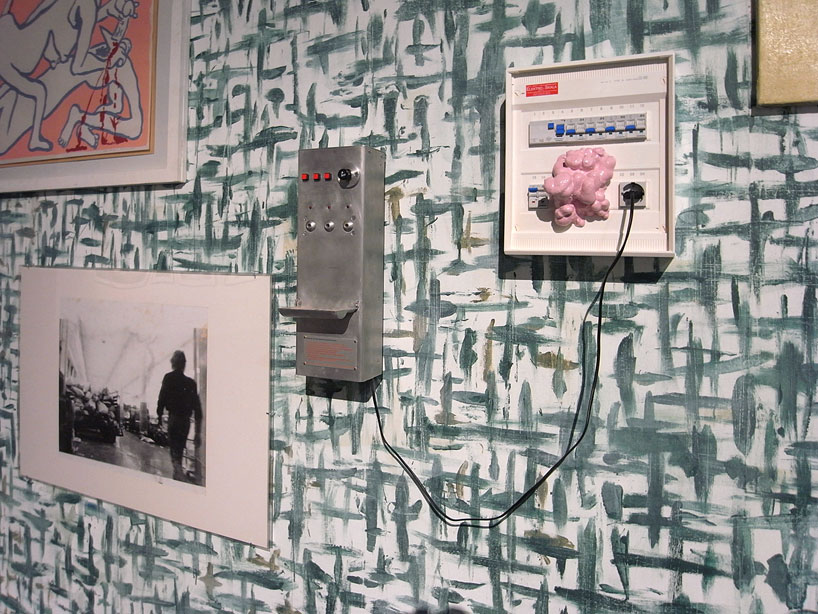 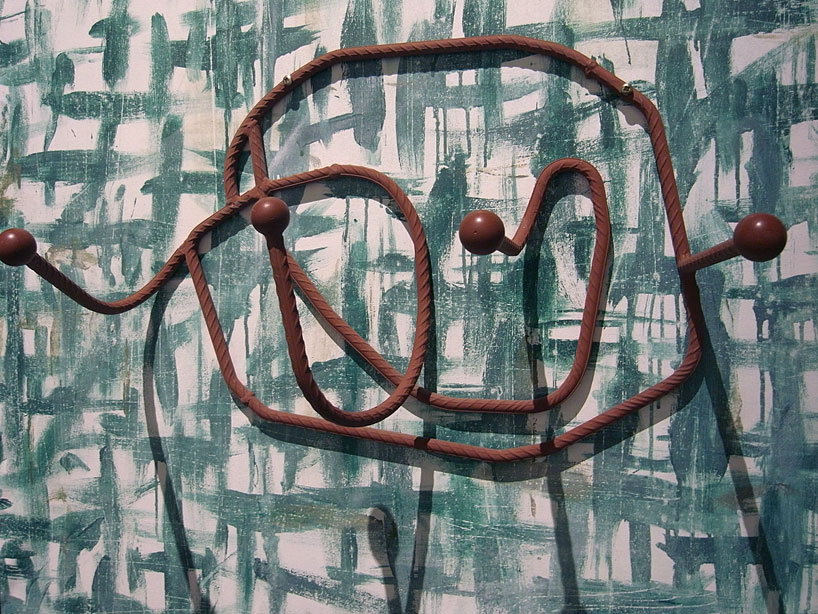 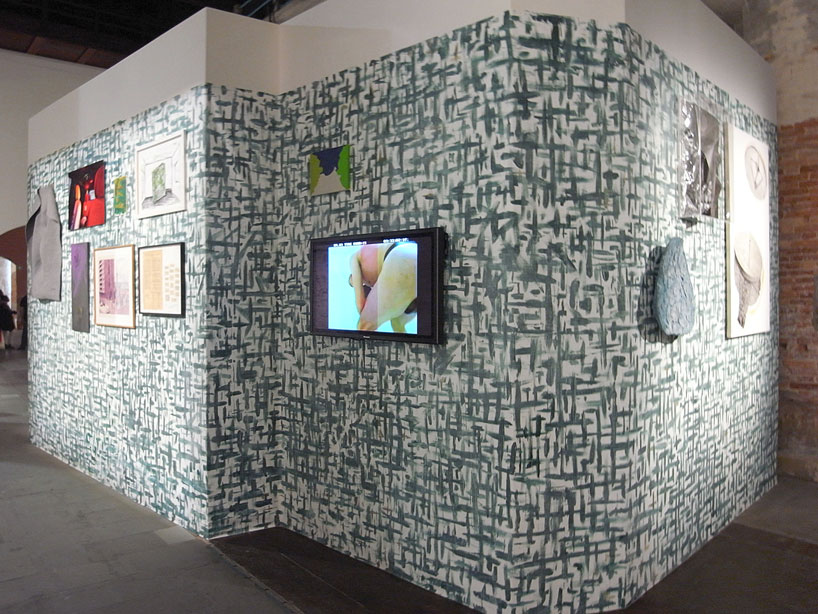 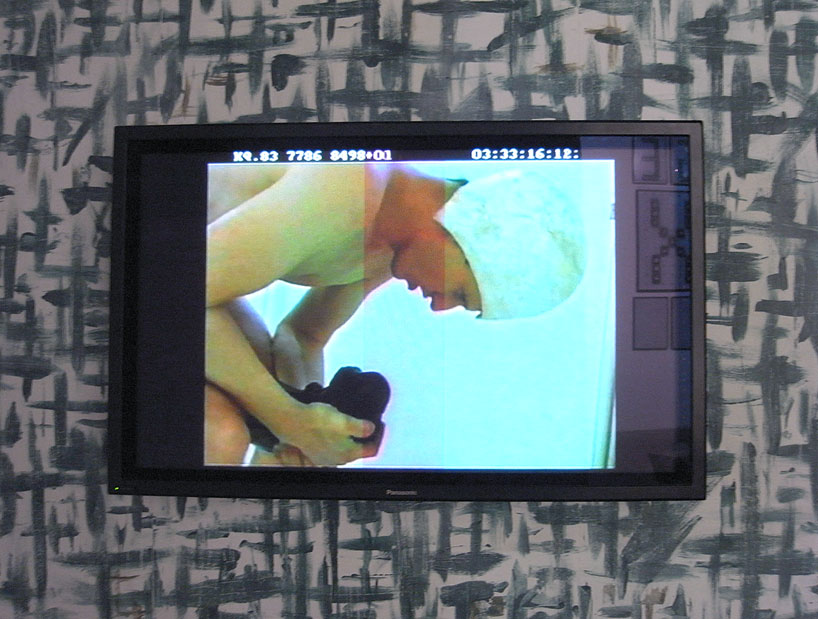 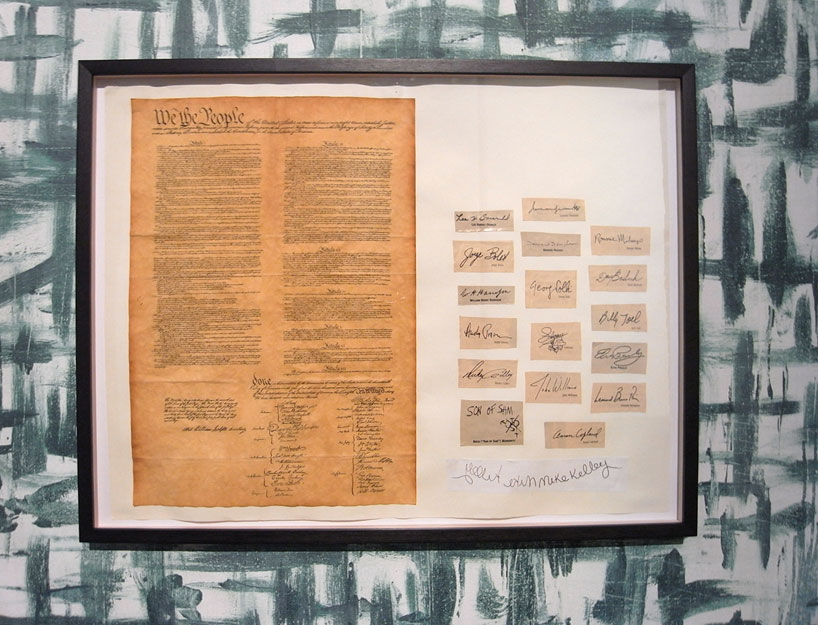 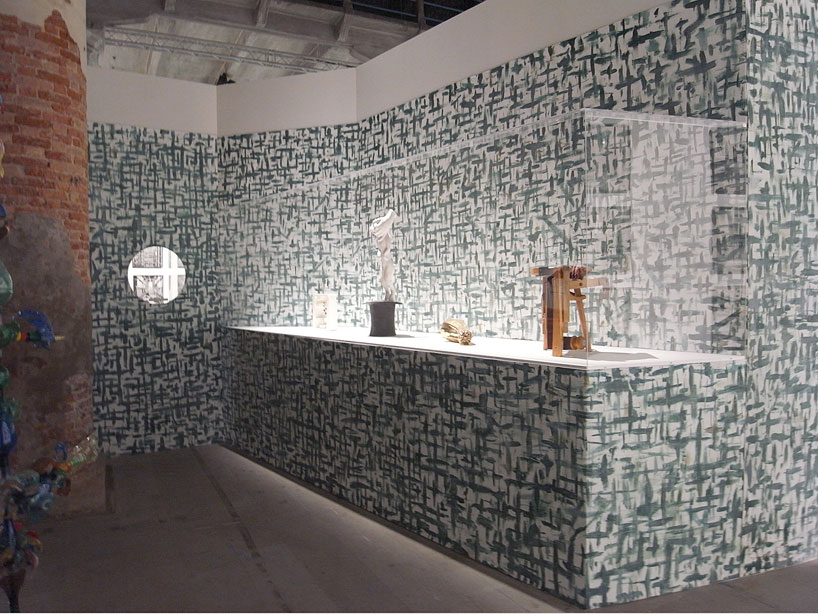 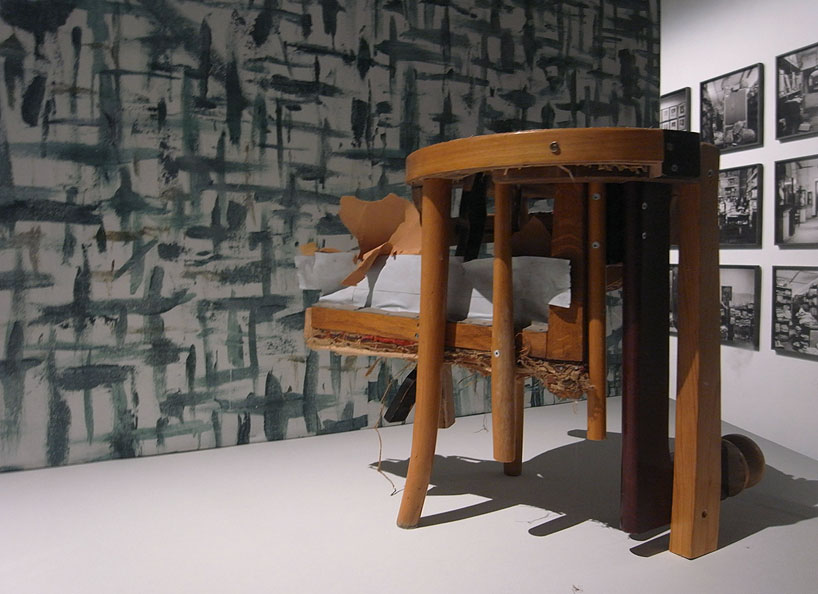 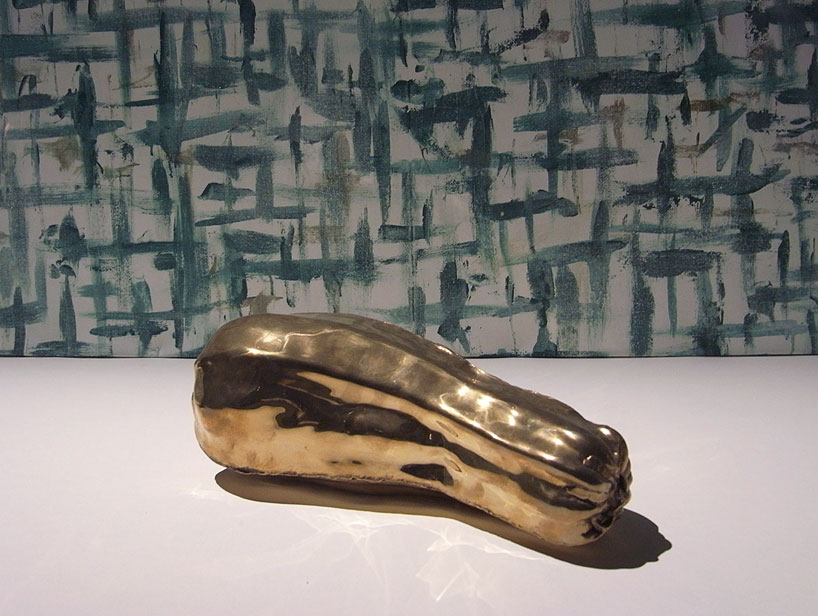 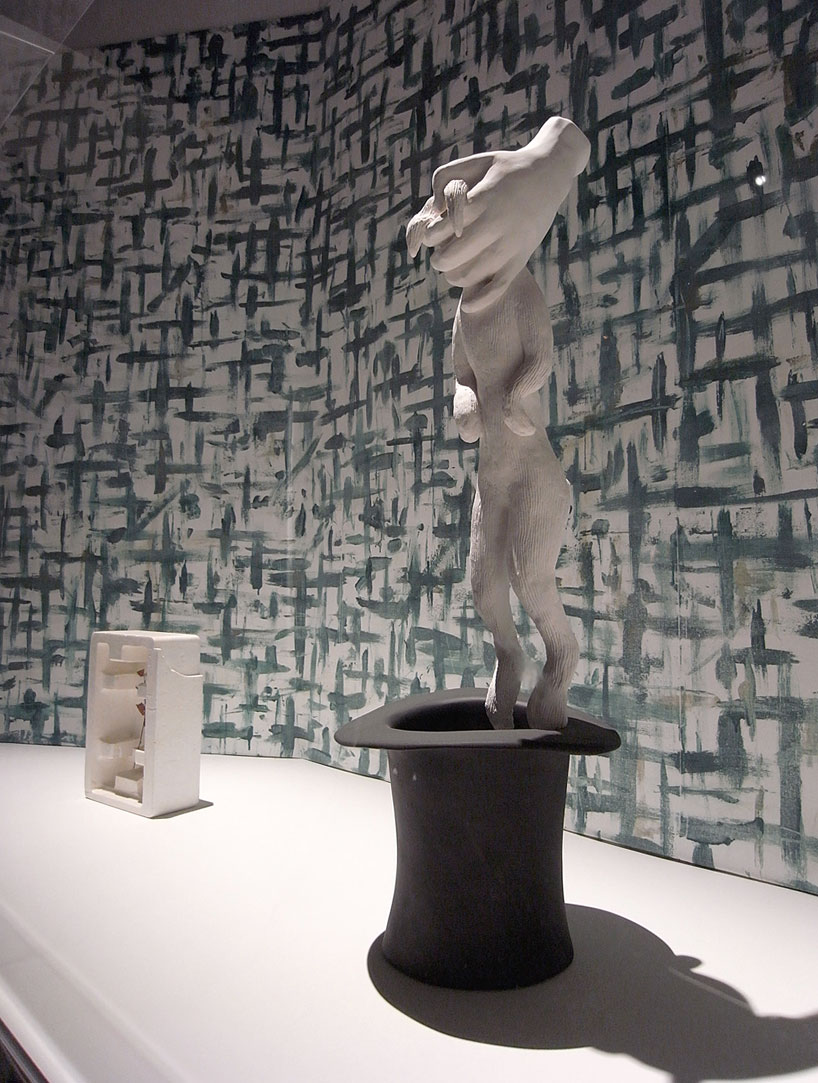 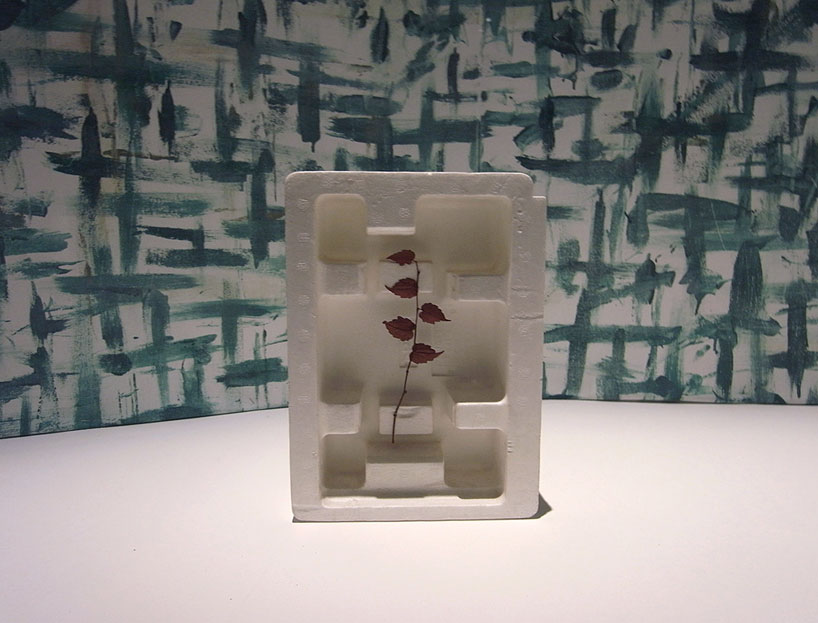 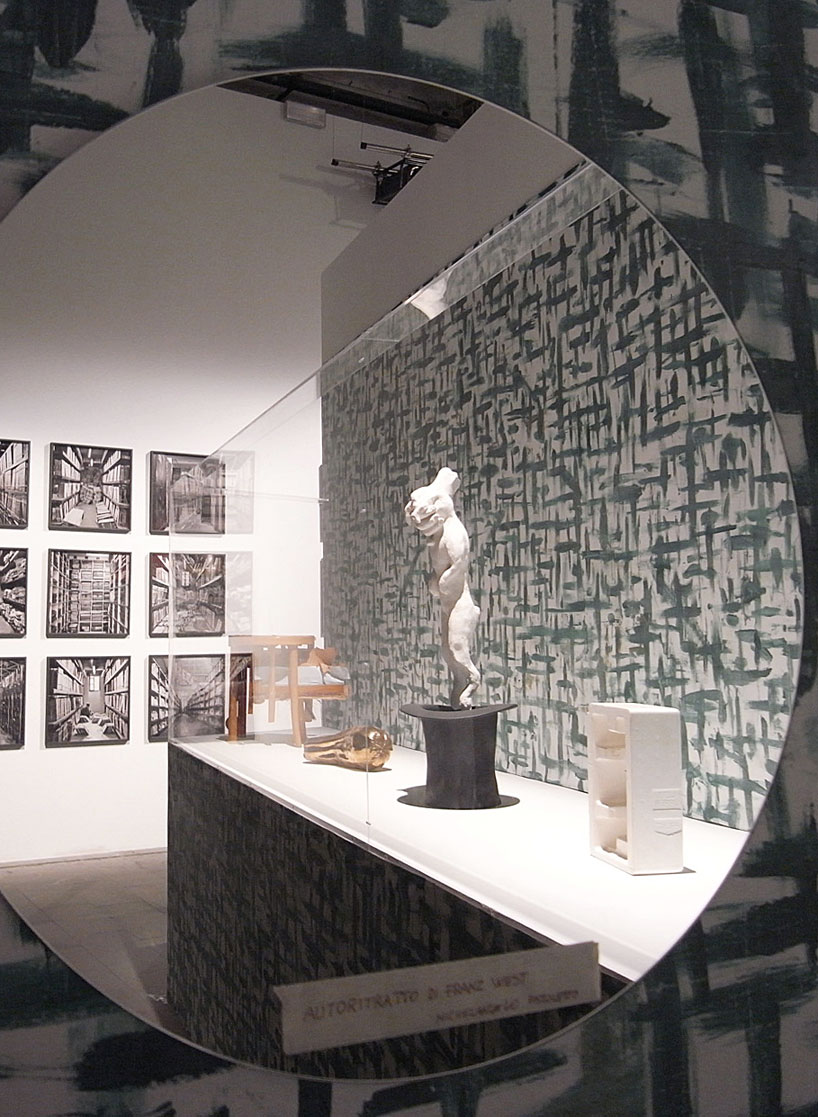 ‘autoritratto di franz west’ by michelangelo pisoletto, with a reflection of the photo series ‘file room’ by dayanita singh on the back wallimage © designboom

along with sturtevant, franz west is a winner of the golden lion for career achievement at this year’s biennale. the selection was proposed by curiger and approved by the biennale’s board, chaired by paolo baratta.

born in 1947, west studied at the academy of applied arts, vienna. influenced by action and performance art of the 1960s, he rejected viewing art passively, stating ‘it doesn’t matter what art looks like, but how it’s used.’ in the early seventies, he created small portable plaster sculptures and required that they be held near a human body to become ‘complete.’ his works have continued to encourage viewer engagement, both physically and mentally, in an often grotesque way, such as in his seven-part work titled ‘the fragile at its cloaca, created for the venice biennale in 2007. 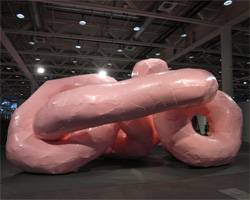