for the collective inside out exhibition hosted an old dental school in rennes, french illustrator known as freak city has completed an immersive mural that spans all four walls surrounding visitors to the site. each of the creatives curated by teenage kicks were invited to paint an entire room, without any hinderance to a specific motif or theme. open doors between the spaces generate unique interactions between the multiple artists’ works, creating surprising views and juxtaposing perspectives between each of the hand-painted areas. 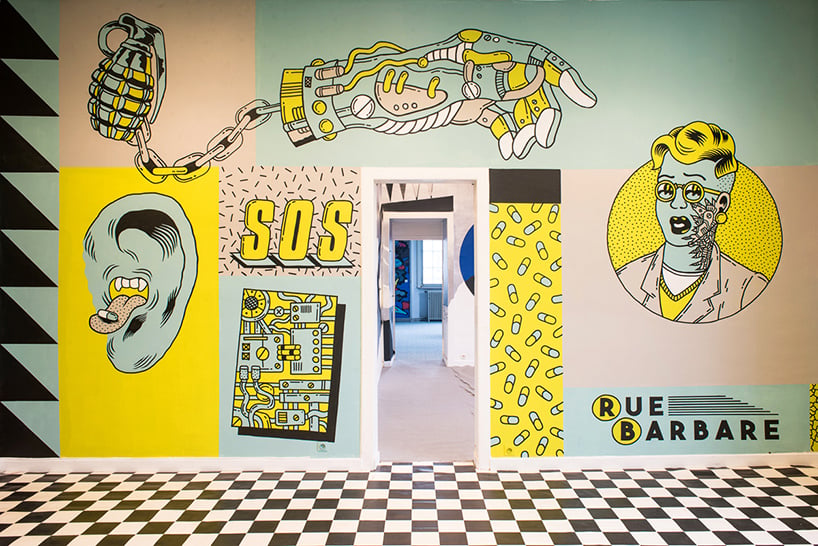 the graphics express the duality between technology and humanity

for his interpretation of the space, freak city partnered with marianne of bordeaux-based atelier kobalt to create a punk rock-inspired mural replete with patterns, rhythms, and funky geometrical compositions. the imagery expresses the ever-present battle between technology and humanity, featuring faces half consumed by robotic parts, pills scattered across the walls and the acronym ‘SOS. ‘we wanted to spread a powerful message to be read all along four walls, making it a real story, but also mimicking the cycle of life,’ the artists describe. ‘this is all about the duality between natural forces and modern technology, that instead of evolving hand in hand, tend to be in conflict.’ 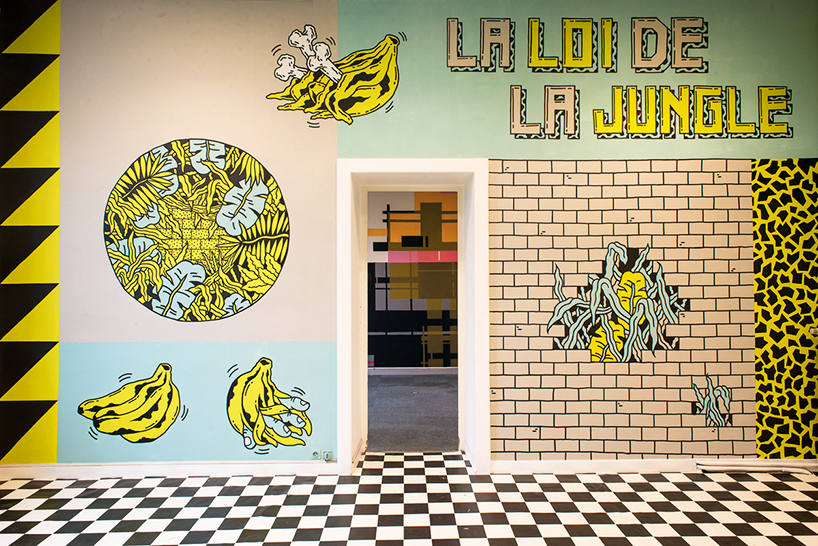 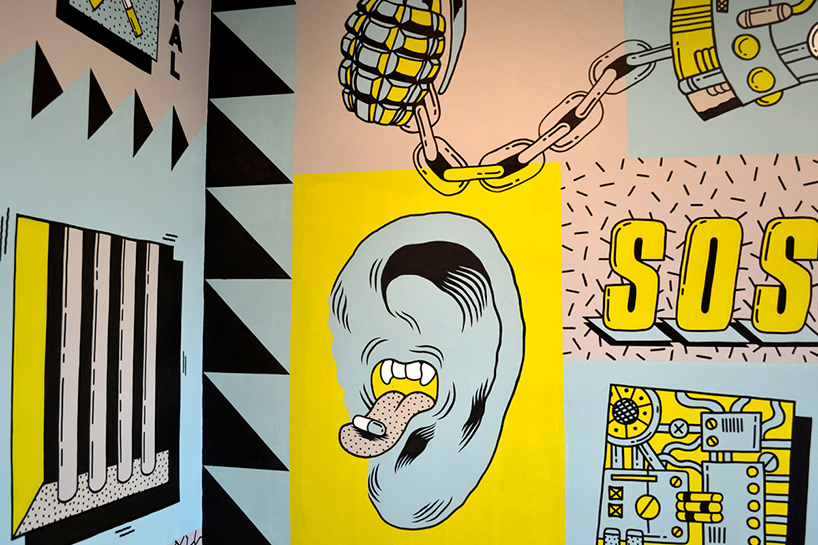 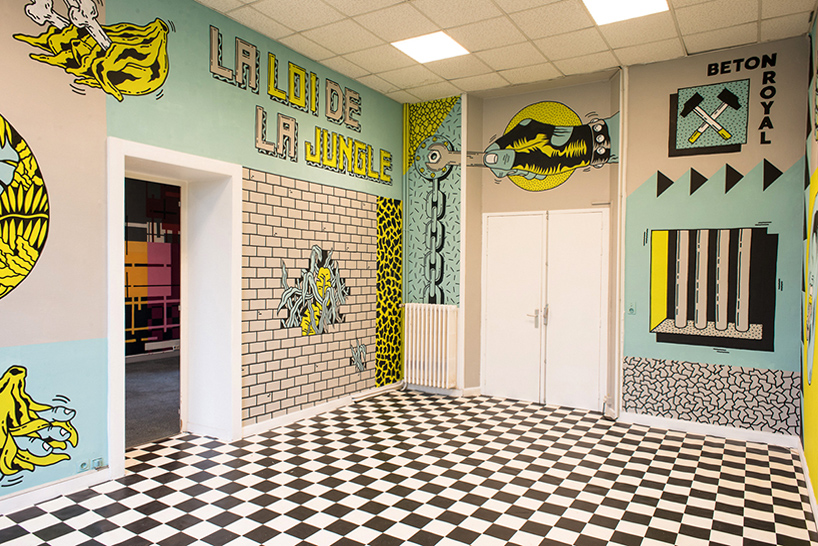 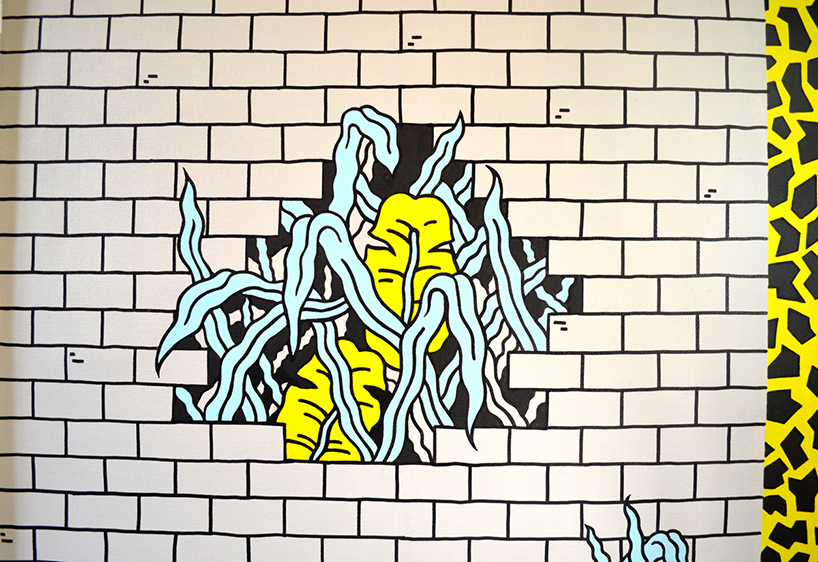 the wall has painted to resemble bricks, hiding a colorful jungle that can be seen hidden behind 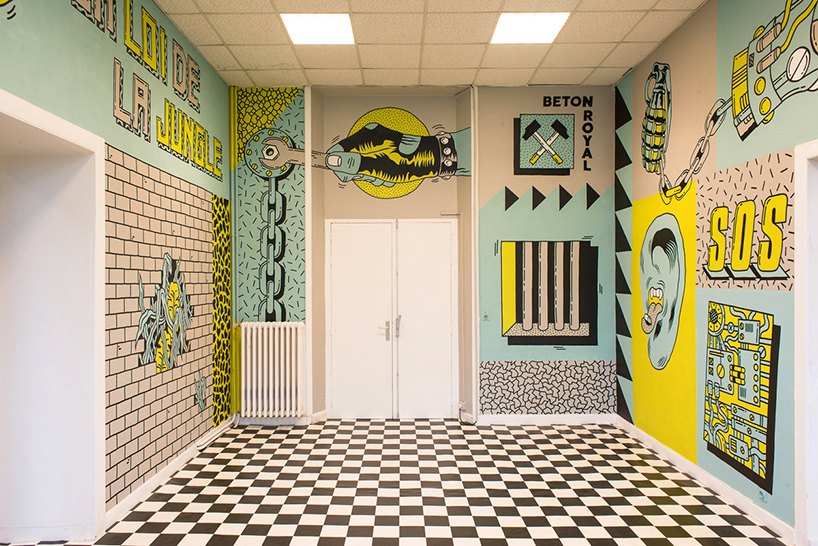 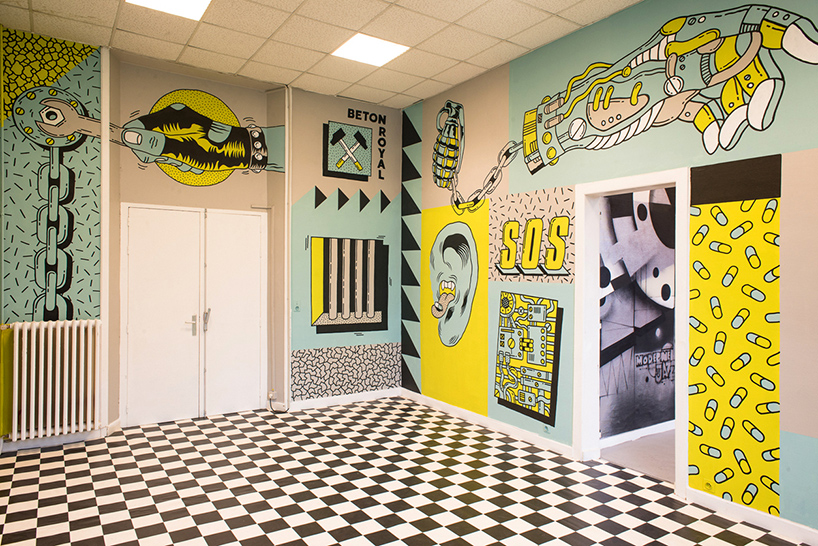 the mural is replete with patterns, rhythms, and funky geometrical compositions 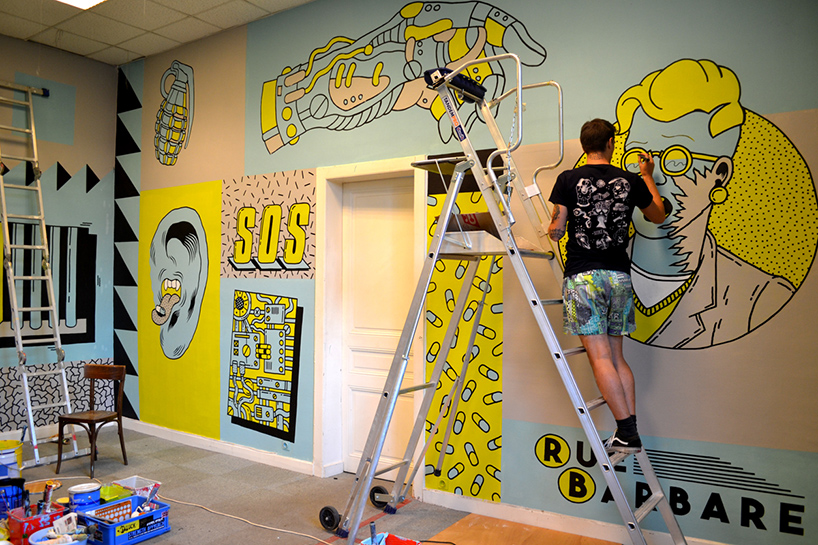 making of: freak city works on a portion of the mural 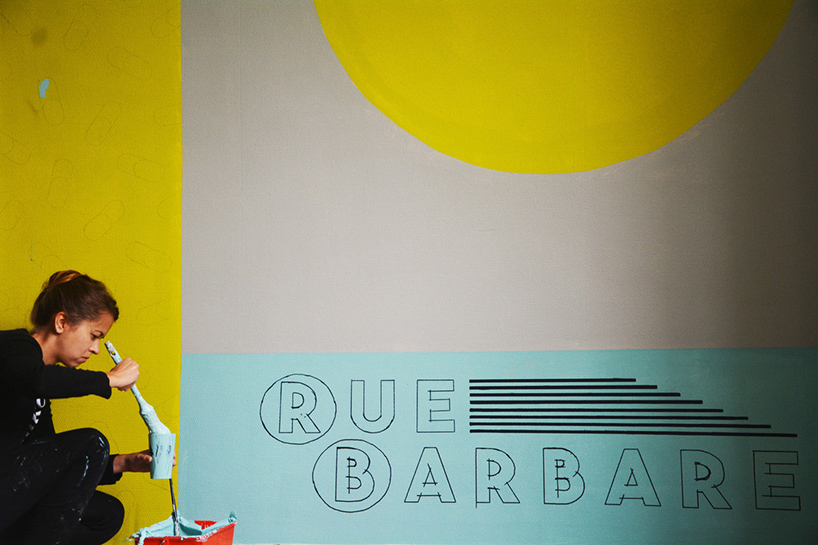 in process: painting the words ‘rue barbare’ onto the wall 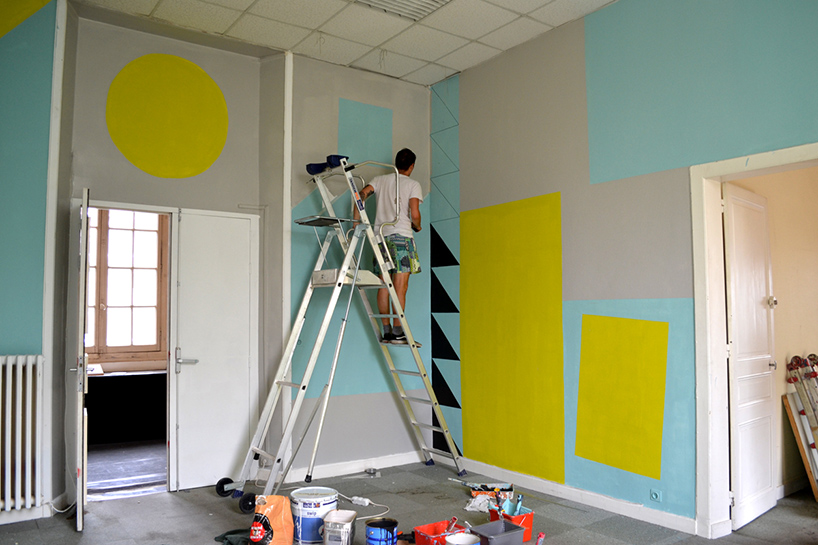 shapes and geometries are the initial stages of the design development