the story of ‘supervenus’ unfolds frame-by-frame in a hilarious and horrifying sequence of scenes. the darkly humorous short film by french experimental filmmaker and animator frédéric doazan puts the viewer in place of a deranged plastic surgeon who, in real time, cosmetically creates ‘the new goddess of beauty.’

rendered as if torn from the pages of a vintage medical book, the movie opens with a drawn female figure probed and poked at by human surgical hands looming above. needles enlarge her cheekbones and remove girth from her neck, while scalpels slenderize and dissect her bodily anatomy. leg lengthening, sun tanning, breast enhancing, hair transplanting and brain lobotomizing ensues, finally forming a cosmetically-concocted, make-up painted personality that could hardly be considered human — and it doesn’t end there. see supervenus’ demise in the full feature below, and a look at doazan’s process in making the video at the bottom of the page. 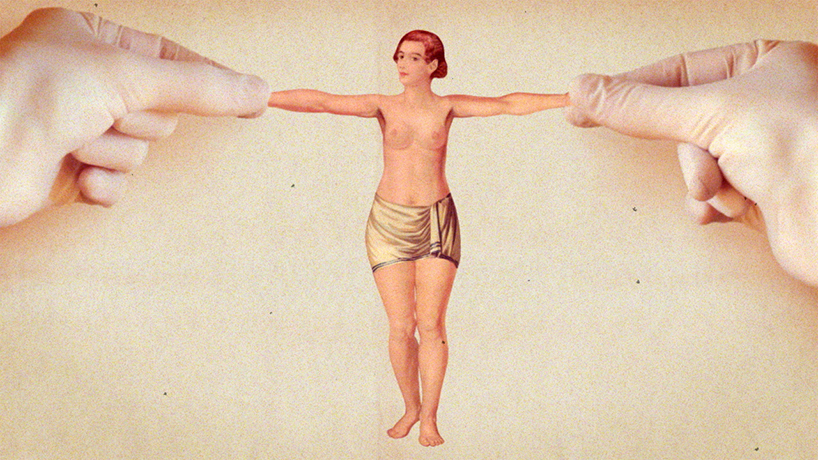 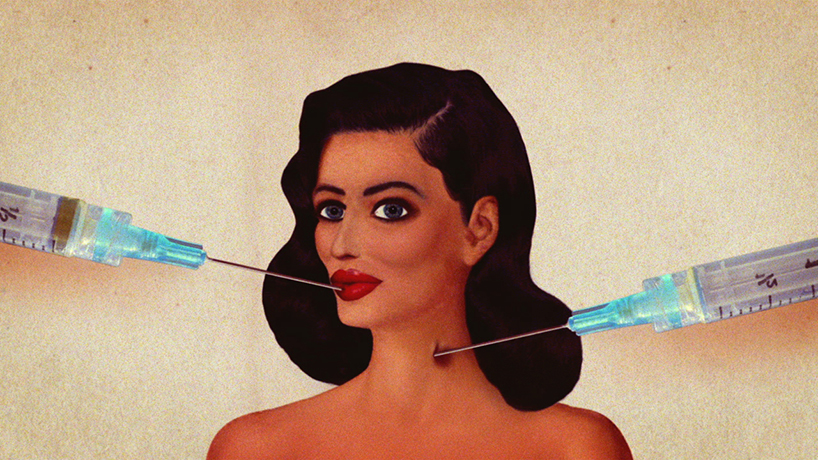 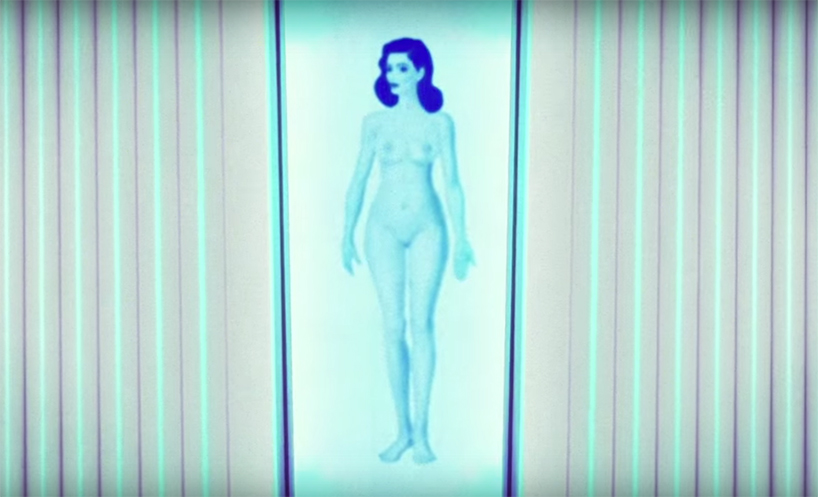 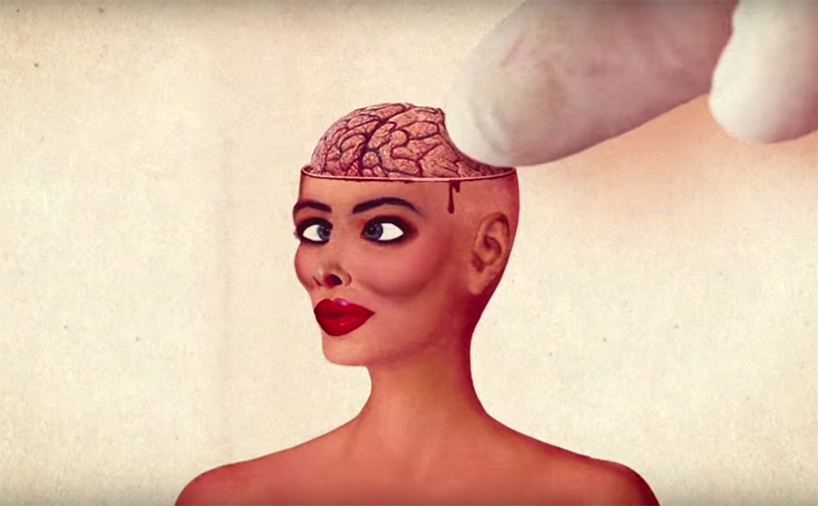 as the surgery continues, the ‘supervenus’ is lobotomized and her brain turns hot pink 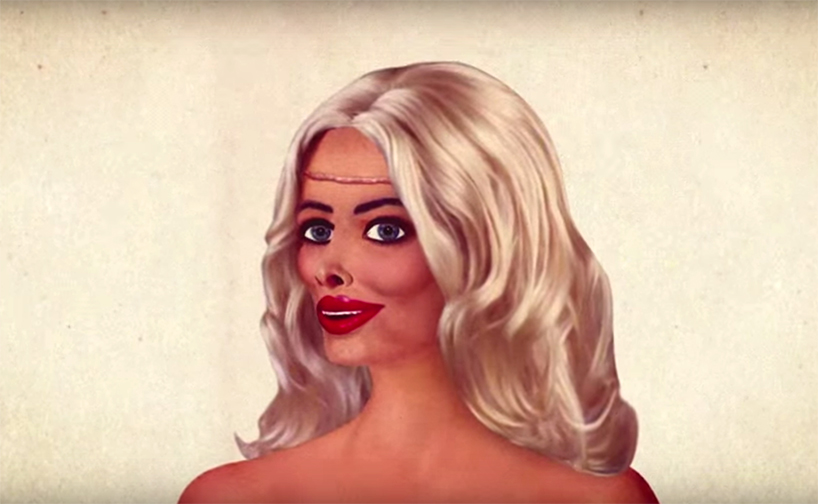 a barely-human figure results from the overdone cosmetic concoctions 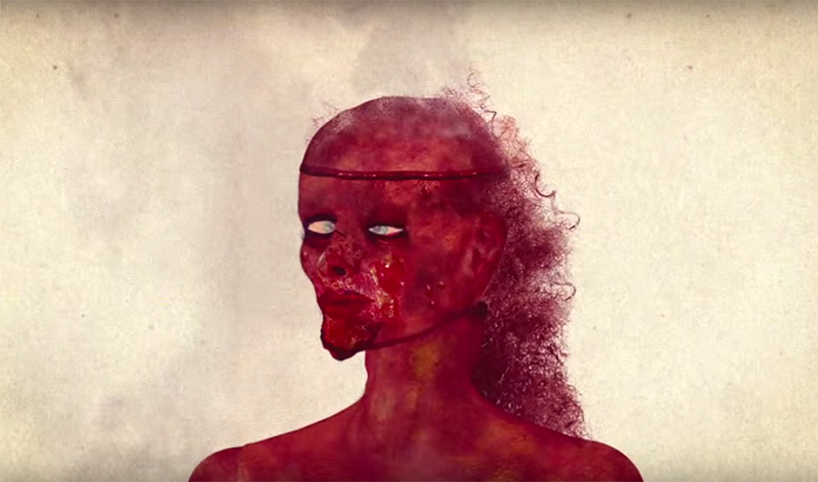 at the end, ‘supervenus’ self implodes in a spark, while her limbs fall off from over enhancement

‘supervenus’ has been made for a animation project called 12fps.net in collaboration with friends and animators paul rodrigues and sylvain cappelletto.