freelandbuck, a new york- and los angeles-based architecture firm, has completed the installation ‘parallax gap’ at the renwick gallery at the smithsonian american art museum in washington, DC. the site-specific intervention consists of a series of nine hanging ceilings, each representing stylistically eclectic examples of american architecture. 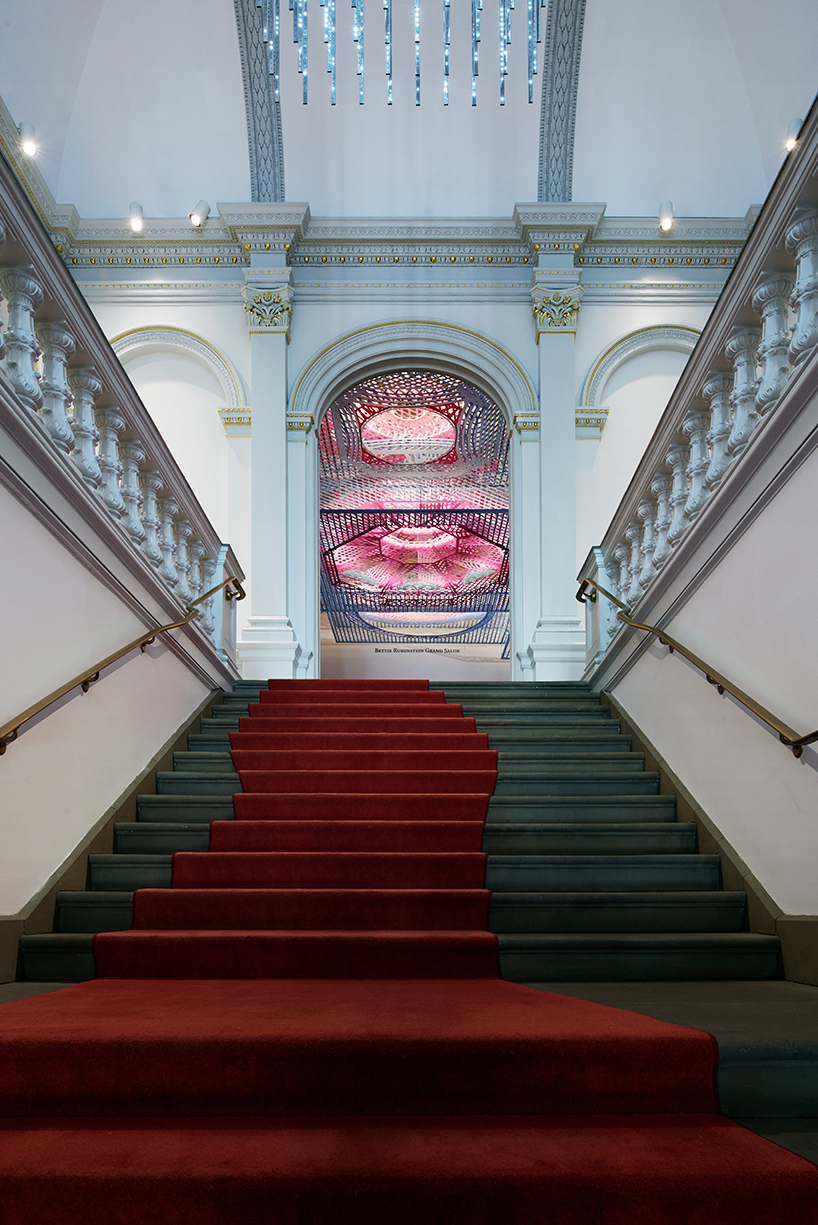 all images by kevin kunstadt

the work catalogues notable american architectural styles including victorian gothic, greek revival, beaux arts, romanesque, neoclassical, art deco, and second empire. like renaissance­-era trompe l’oeil ceilings, ‘parallax gap’ uses the illusionary depth of perspective to explore beyond the existing architecture. the nine ceilings are each drawn in perspective from a specific sight-line, creating a series of distinct viewpoints to be encountered as one moves through the space. 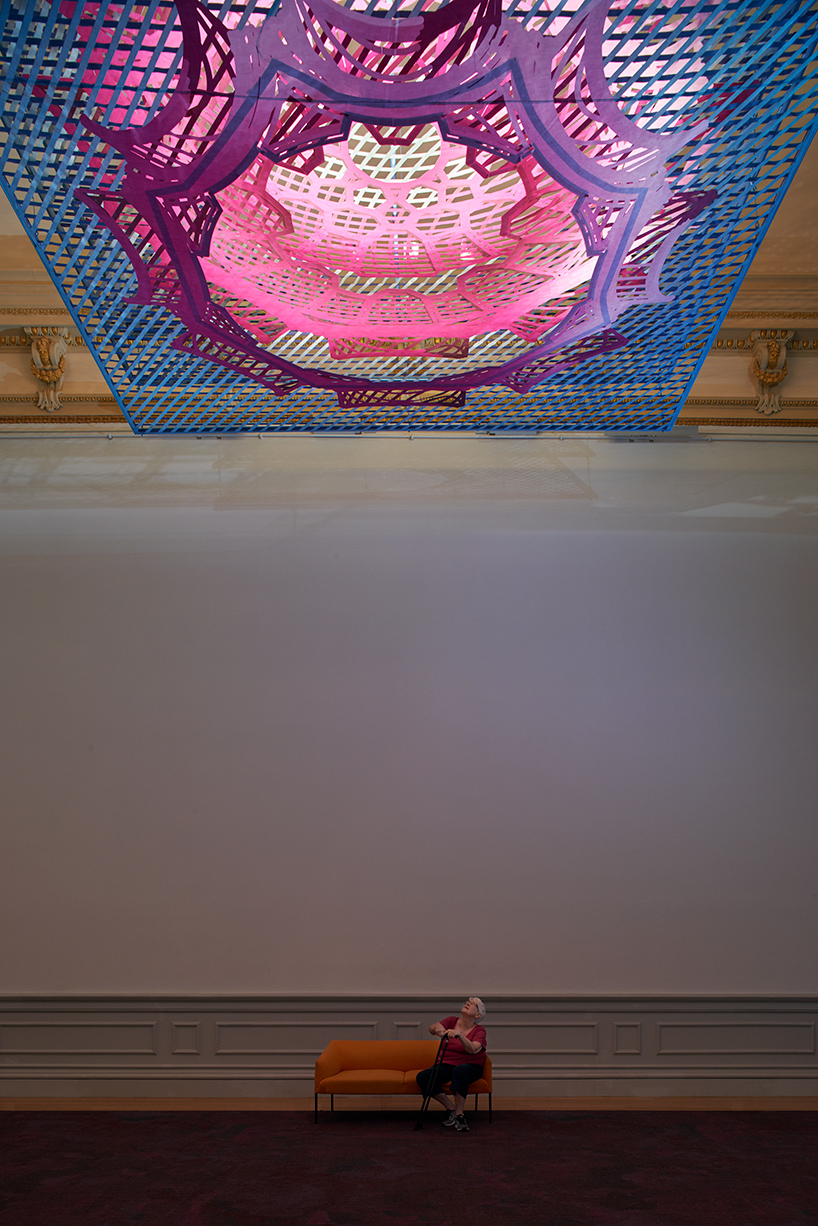 the work was installed in the renwick gallery of the smithsonian art museum in washington, DC

‘a drawing is built as a specific object in three ­dimensional space, producing an artifact that is both abstract and tectonic, representational and tactile‘, explains freelandbuck. the design was selected ahead of seven other proposals from award-winning designers. ‘parallax gap’ will remain on view at the renwick gallery at the smithsonian museum through february 11, 2018. 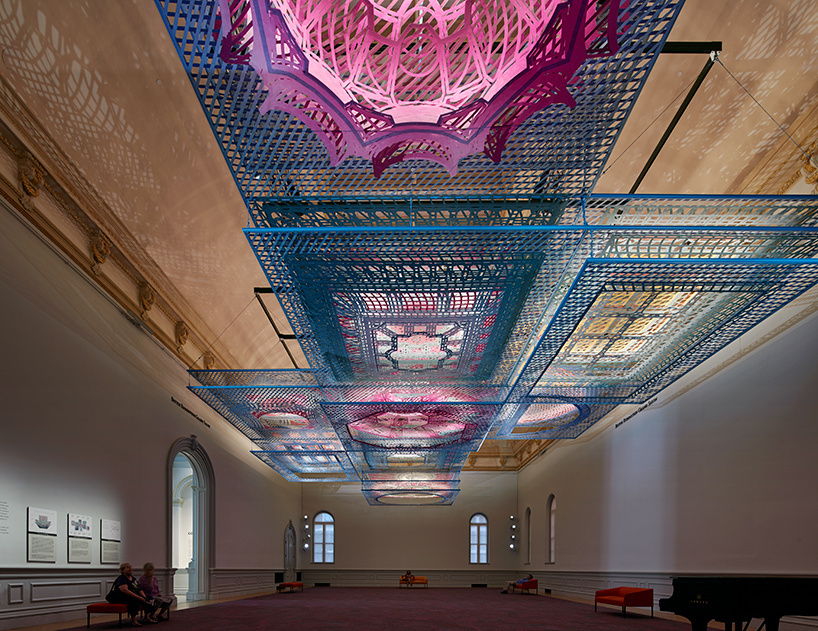 the ceilings catalogue a range of american architectural styles 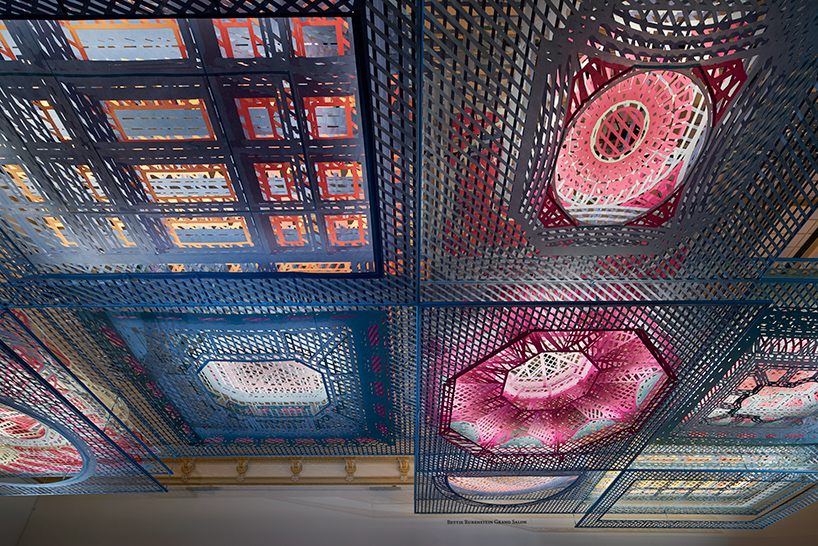 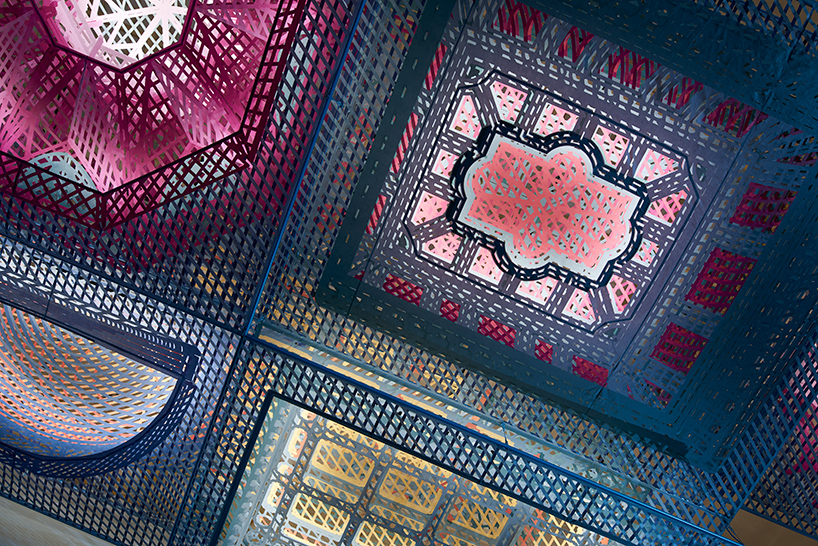 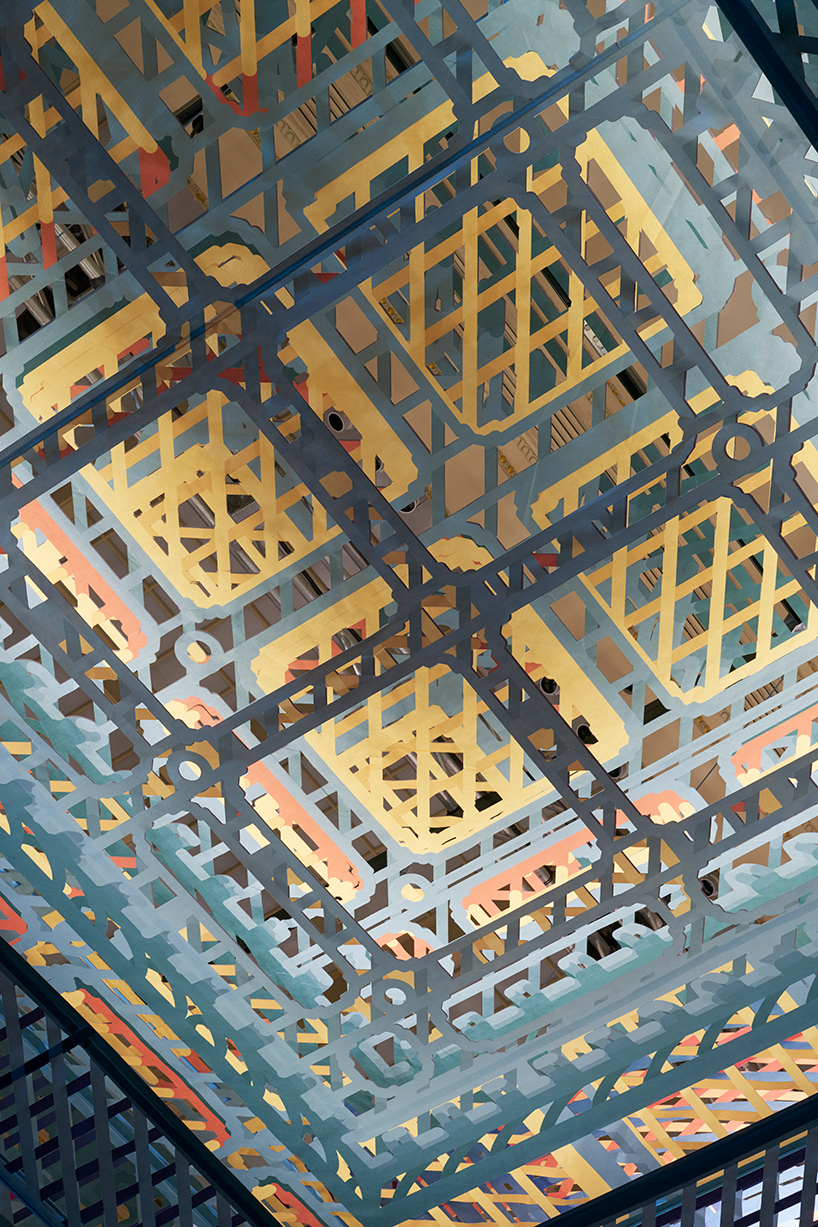 the layering effect amplifies the sense of depth within the work 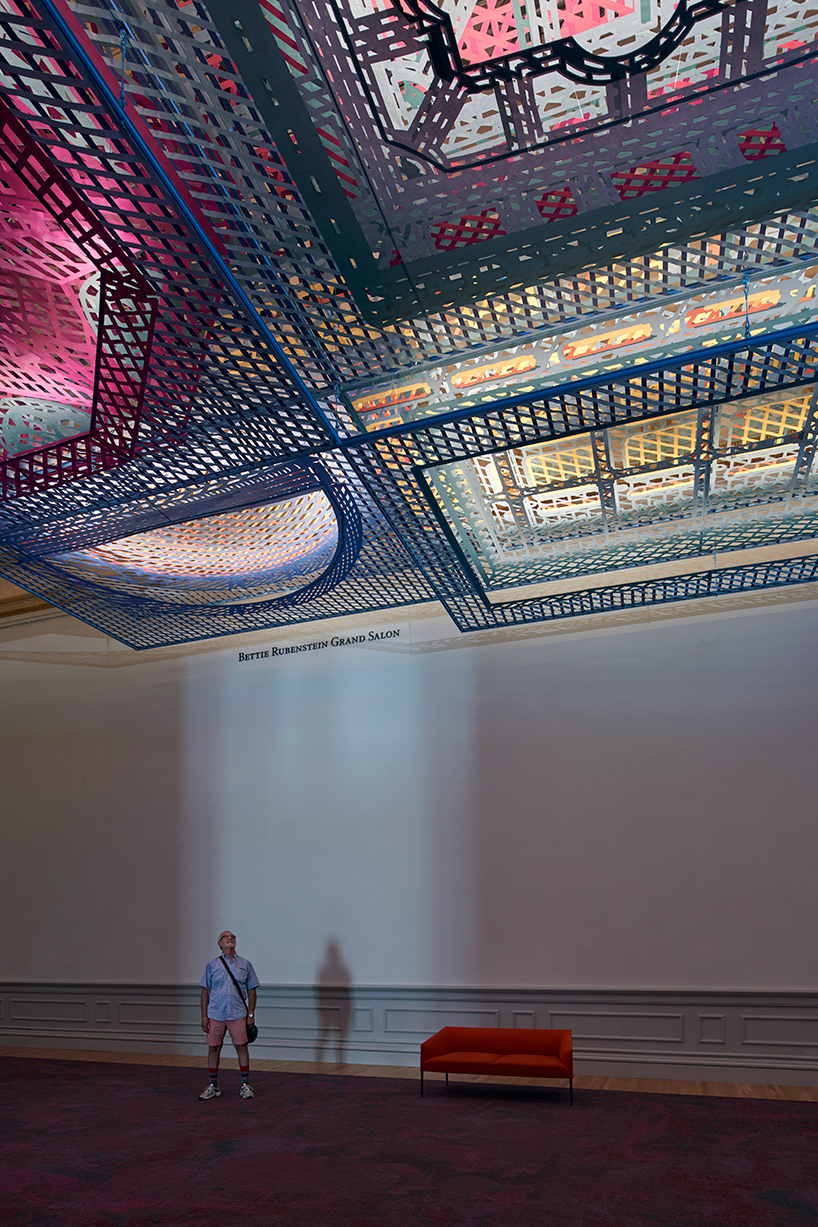 the exhibit will remain on view through february 11, 2018 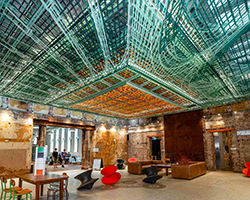 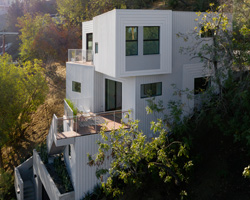 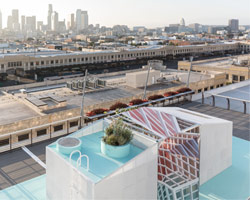 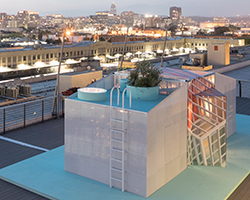