JR is a 25-year-old parisian (from tunisian and eastern european parents), living in a middle-class background. he describes himself as a graffiti artist, but started taking photographs when he found a camera on the paris metro as a 17-year-old. he is now, in his own words, a hybrid ‘photograffeur’, who pastes enormous black-and-white photographic canvases of eyes and noses and mouths in various urban environments. 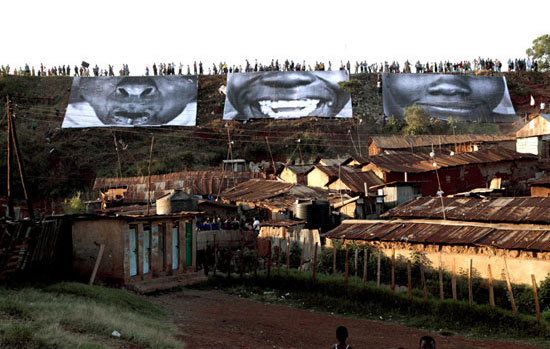 JR has just returned from kenya, where he and his 10 unpaid assistants transformed kibera, one of africa’s biggest slums, into a vast exhibition space. they plastered the people’s portraits on train carriages and on the roofs of their houses. 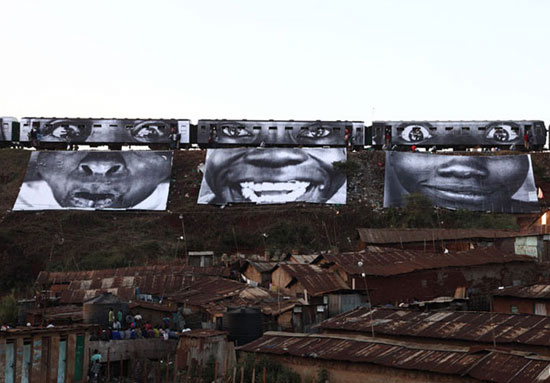 JR is described as the most exciting new ‘outsider’ artist since banksy. ‘all the money is going back into the work’ he says, ‘I planning a cultural center for kibeira, it will be a place where the people can post photographs on the walls.’ 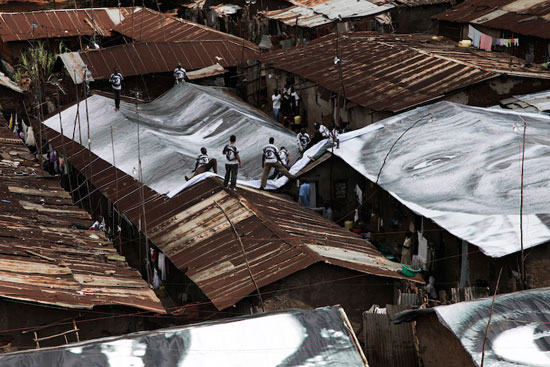 by using waterproof vinyl material, JR ensured the art intervention might have a practical purpose too. ‘they don’t understand art just for the love of art. it has to make sense. by helping their roofs to become rainproof, we did made sense and they loved it.’ JR 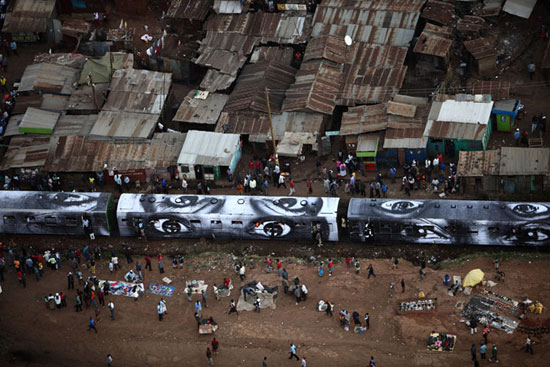 artwork by JR, viewed from above. JR competes with the billboard ads of coca-cola and levi for attention. 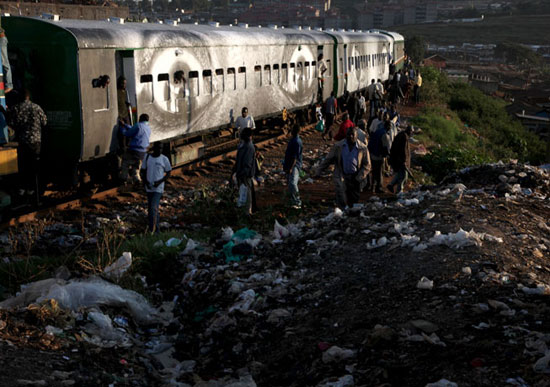 JR’s work in kenya is only the latest in a number of ambitious community projects he has undertaken to include ‘ordinary people’. JR says he is not political, rather than being an artist with a cause, he is an artist who causes people to think. 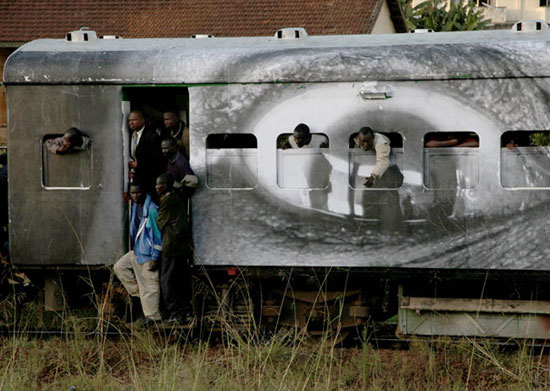 the times online magazine stated in a recent article ‘the trade in JR’s pictures, created in third world slums and bought by affluent westerners, is reinvested in the slums, this makes him a robin hood figure’.