using discarded mattresses found on sidewalks around paris, local street artist lor-K has formed a quirky collection of oversized ‘street food’. for the ongoing project ‘eat me’, lor-K transforms abandoned cushions into sweet and savory sculptural creations, such as waffles, pizza, sandwiches, sushi and a selection of plump pastries. dissected pieces of the mattresses are spray painted and assembled into pizza toppings, like mushrooms and peppers, cheese slices for sandwiches, and a side of wasabi set beside the sushi. while left in their original environment, the food sculptures relay an entirely new context, as passersby observe giant ‘edibles’ rather than discarded domestic objects. see a selection of ‘edible’ objects from the series below, and lor-K in action on the streets of paris at the bottom of the page. 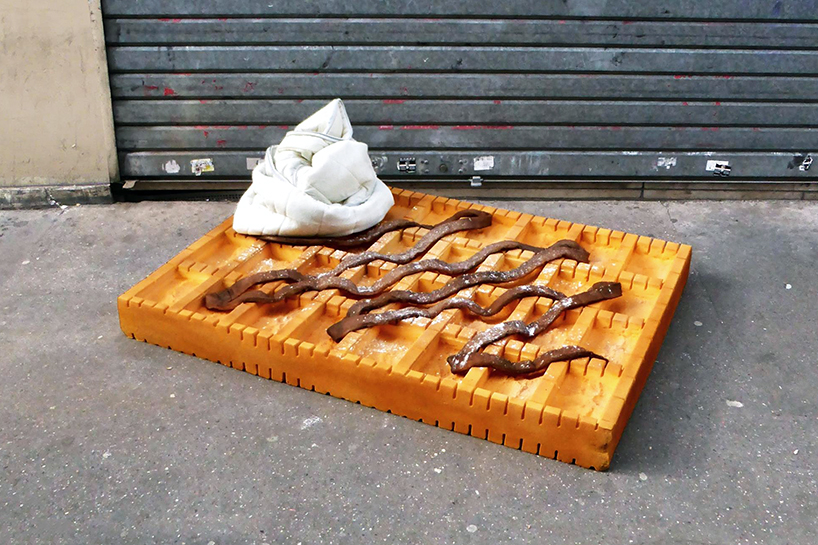 a discarded mattress is turned into a waffle 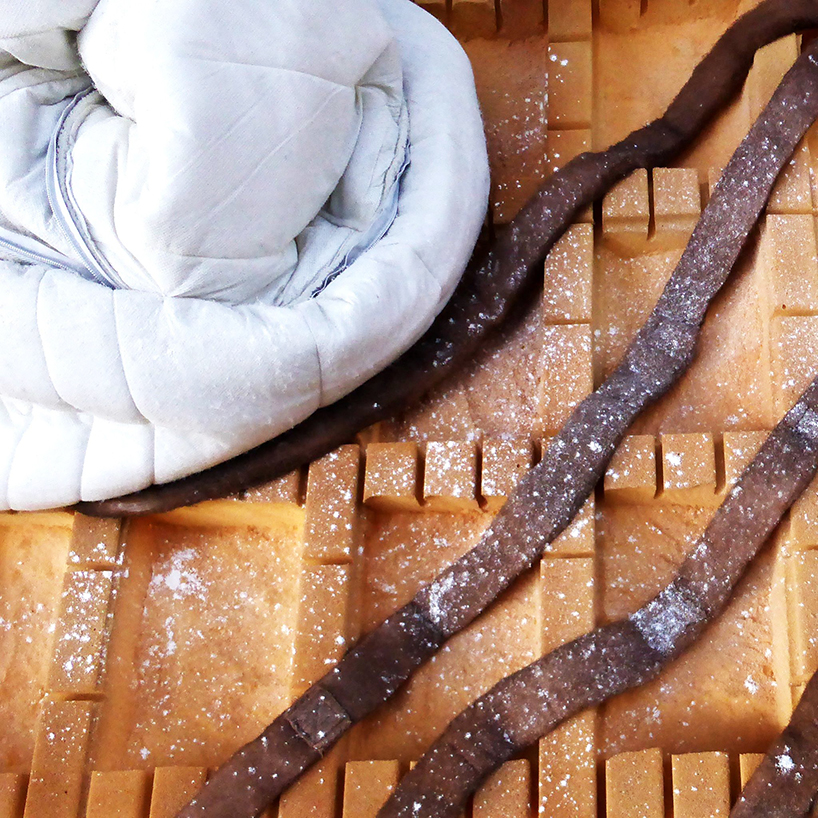 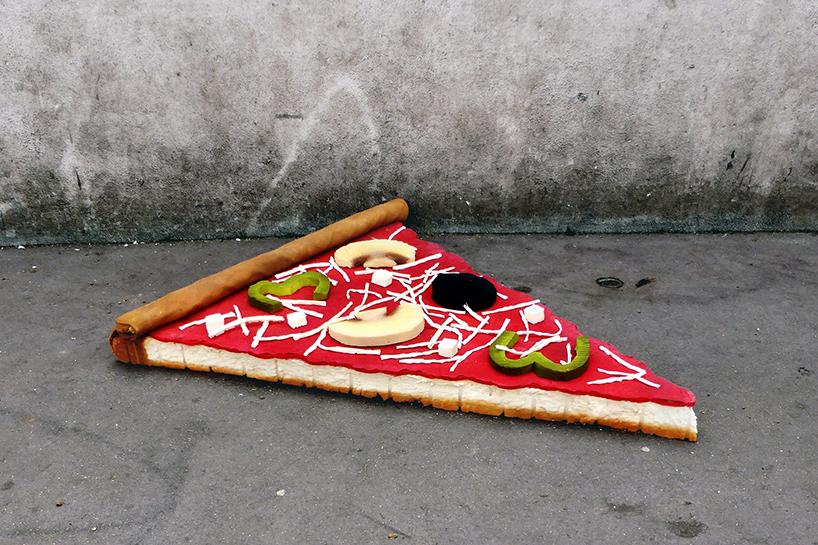 the abandoned cushions have been turned into a sculptural pizza slice

lor-K in progress on the pizza slice sculpture 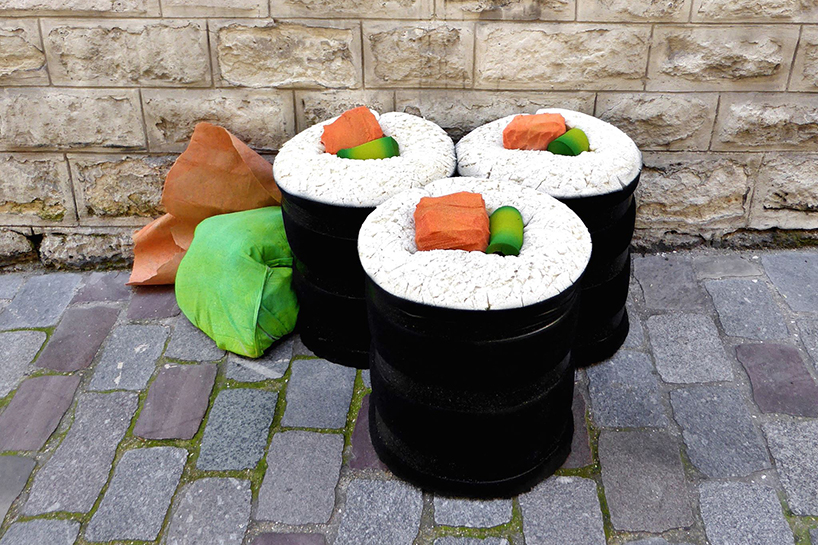 three pieces of sushi are joined by a side of wasabi

the artist cuts and paints pieces of discarded domestic objects 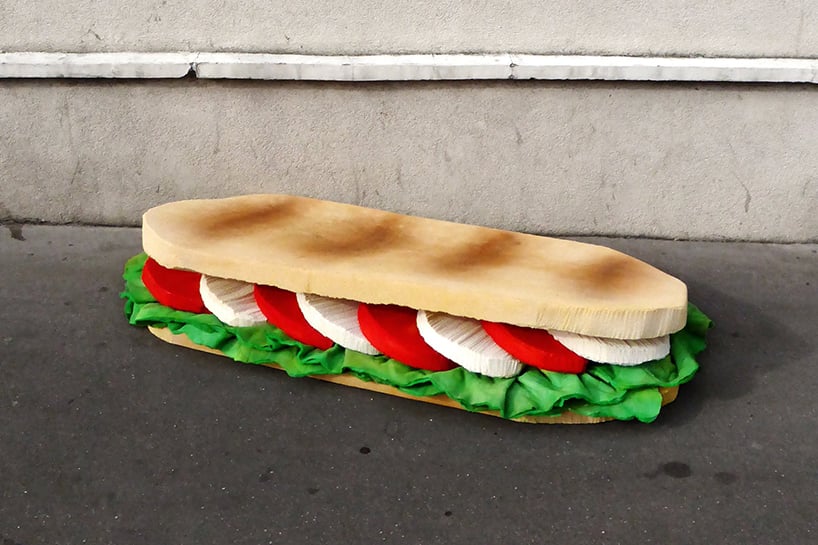 a mozzarella and tomato sandwich, placed on toasted cushion baguette 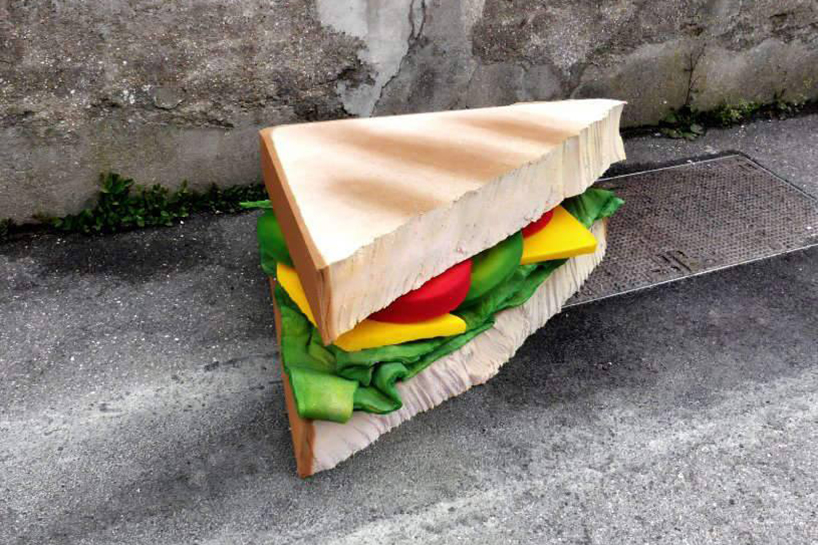 a half of a sandwich with sculptural lettuce, cheese and tomato filling 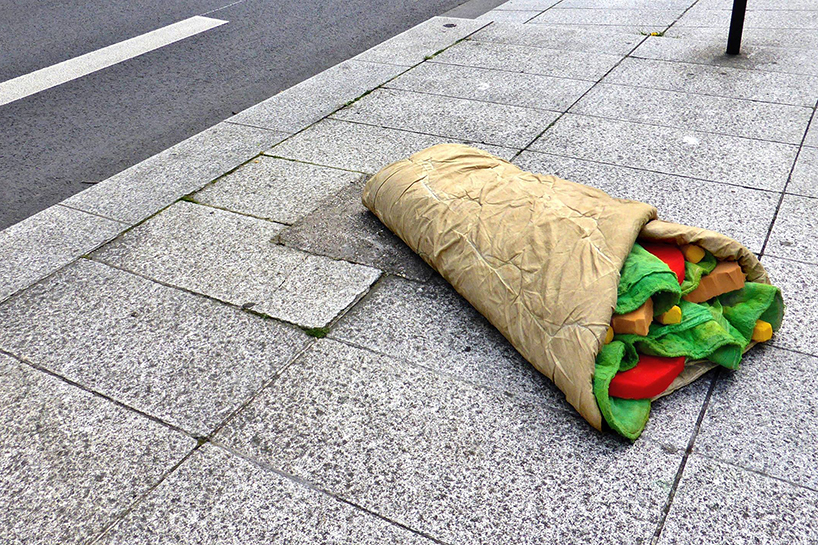 an old mattress has been turned into a wrap 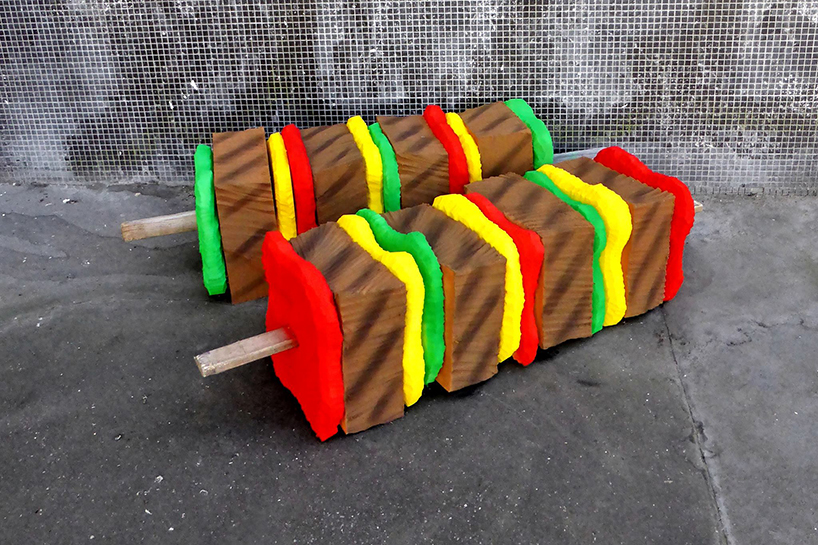 foam cushions are transformed into a layered kebab giant french pastries are placed on the streets of paris 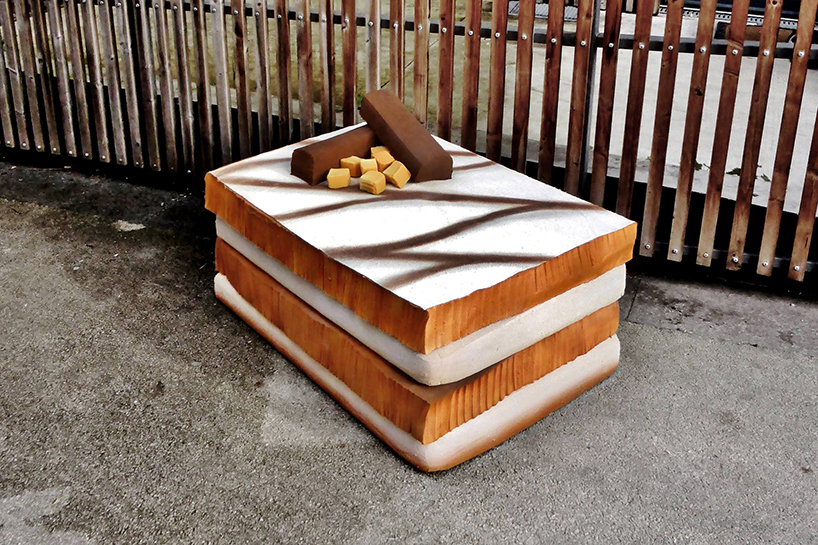 a multi-layer cake has been made with the discarded foam 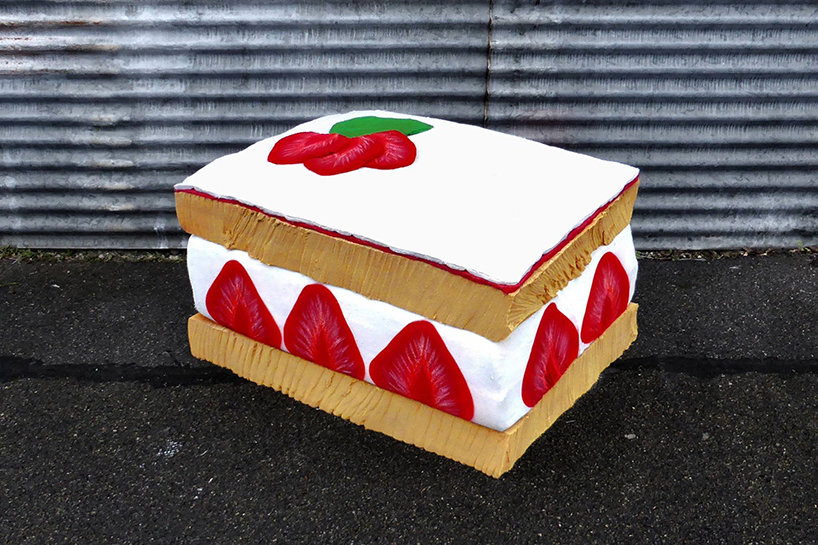 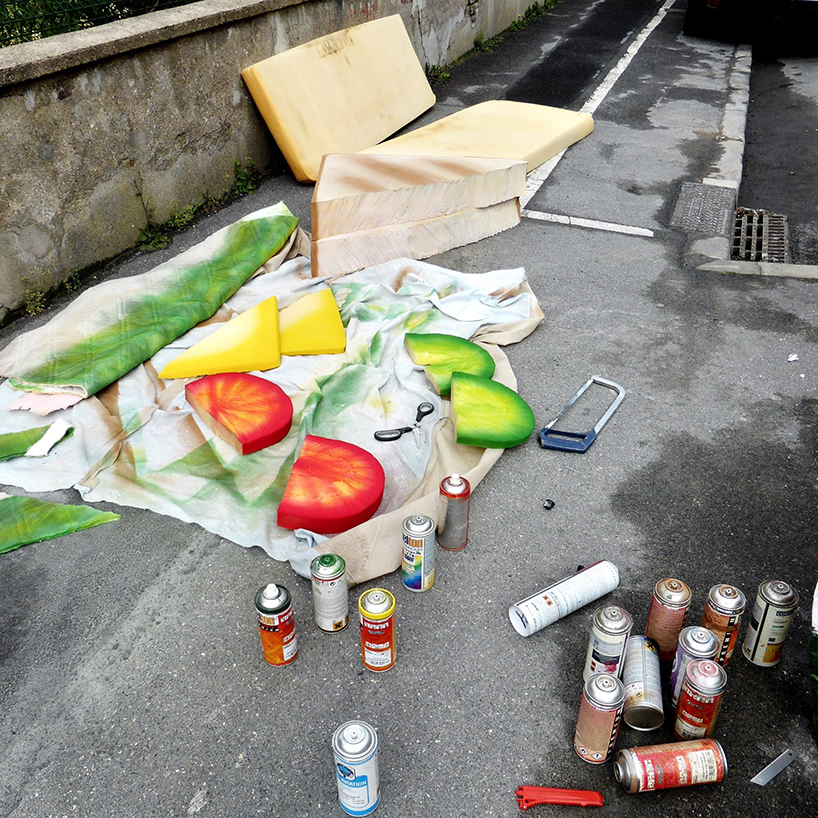 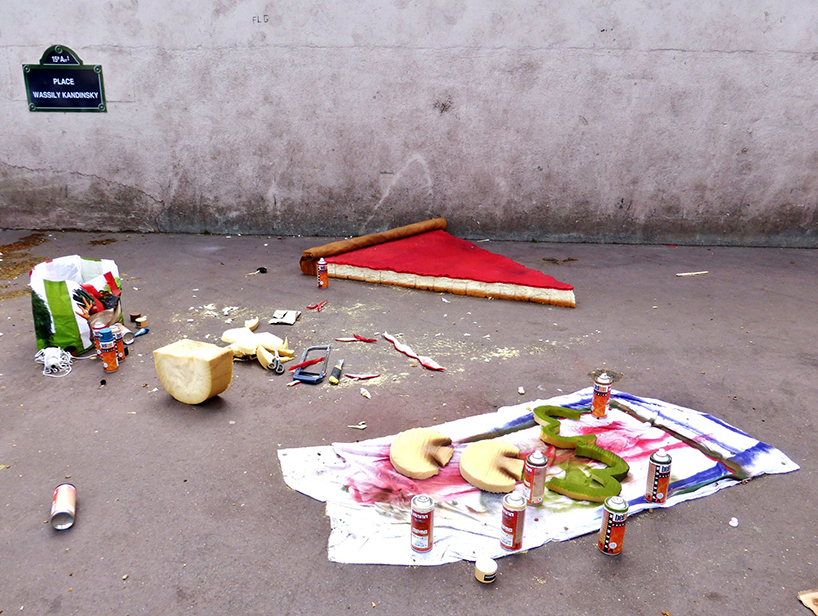 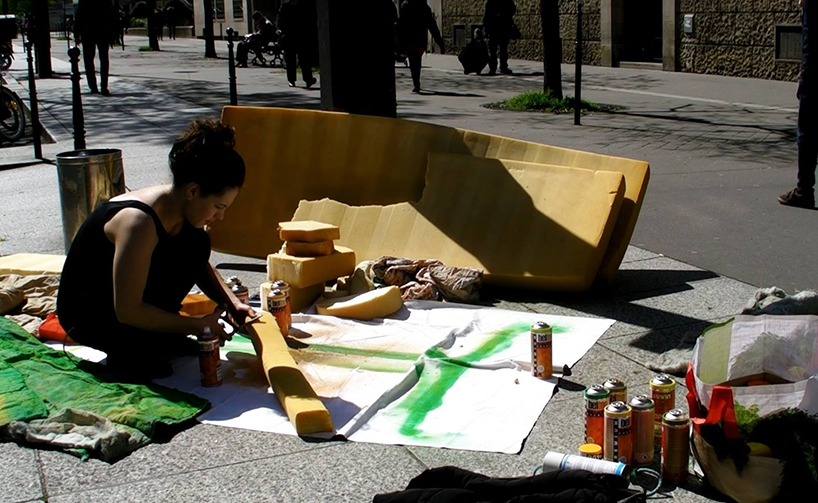 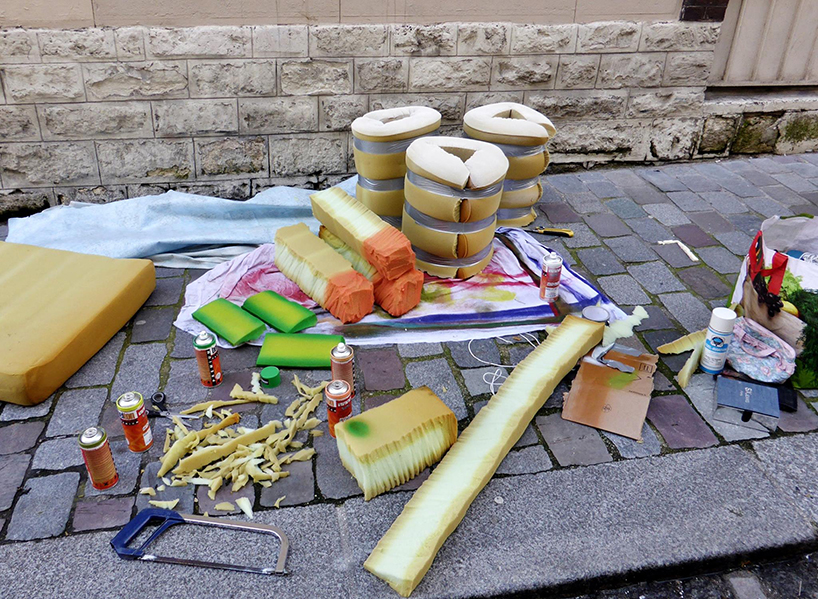