with his project ‘the light inside’, photographer radu zaciu shows ordinary fruits and vegetables in — quite literally — a different light. using bulbs and tools with strawberries, pineapples, potatoes and pears, zaciu illuminates the inner core of each edible, allowing both a faint and fiery glow to naturally emanate. the skin of each organic item acts as a shade, casting its own hue onto the inner illumination. the thick and warn exterior shell of a celery room offers little transparency — rather, the hazy warmth it emits likens itself to a photo of a planet in the solar system; a strawberry’s delicate skin exposes a hot red glare, polka-dotted with seed showers; when light is placed inside a cauliflower, an almost atomic-bomb-like impression is created. 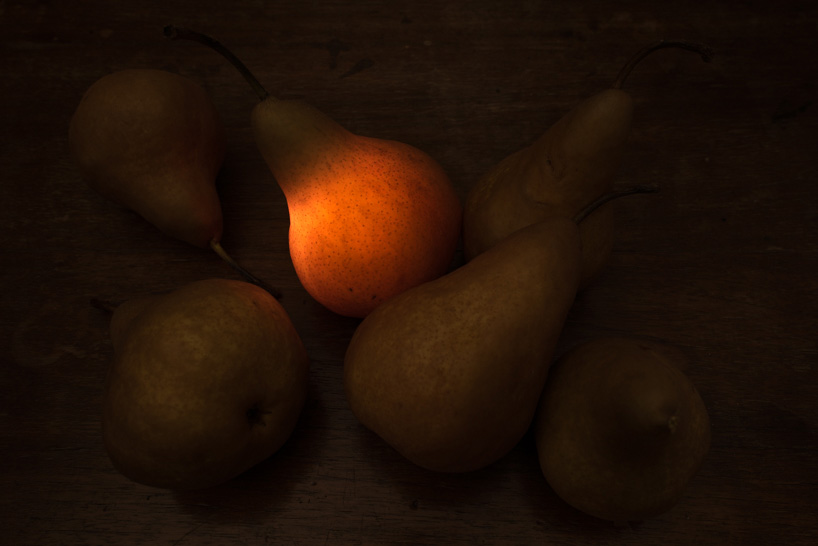 pears emit a warm glow through its delicate skin

zaciu starts by introducing both small andd big bulbs into the fruit of vegetable. then, the artist carves directly into the base, or stem of the object, meticulously done so that the light source is somehow central — for harder vegetables, a drill has been used to chisel a perfectly-sized symmetrical channel. since each piece of produce transmits the property of light differently, some examples required more, rather than less powerful sources of illumination. the series is both a cross of artistry and edible, and an unexpected application of technology, photography and food. 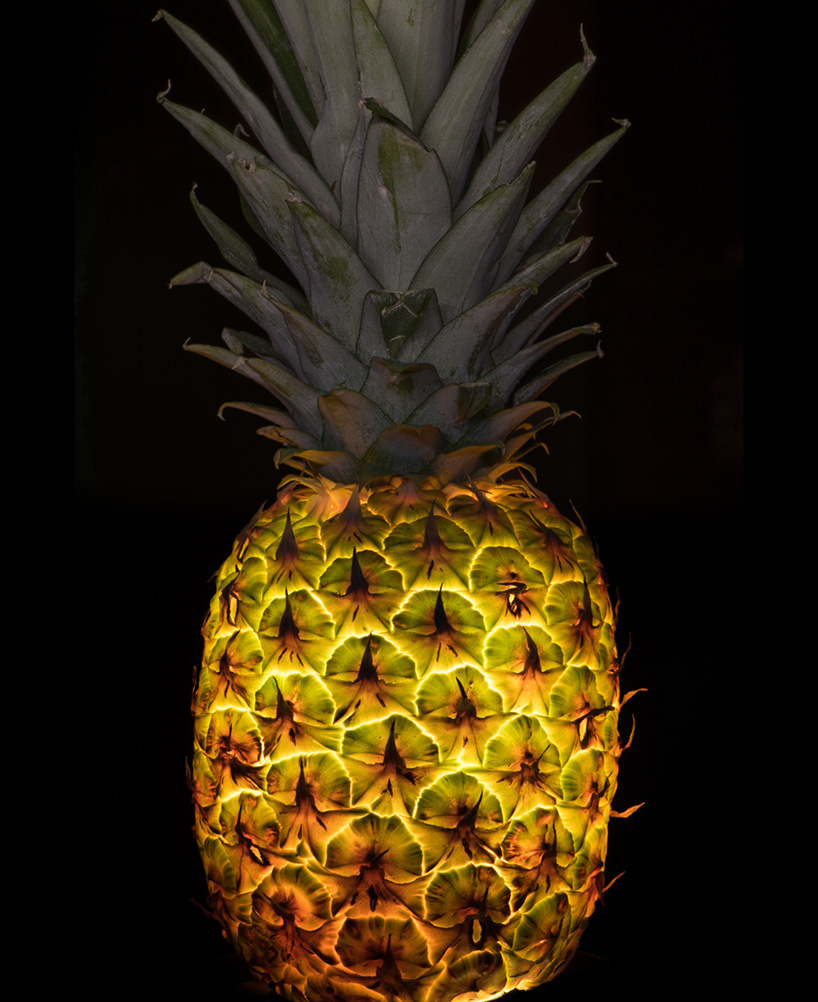 a fiery yellow blaze is cast though the pineapple’s shell 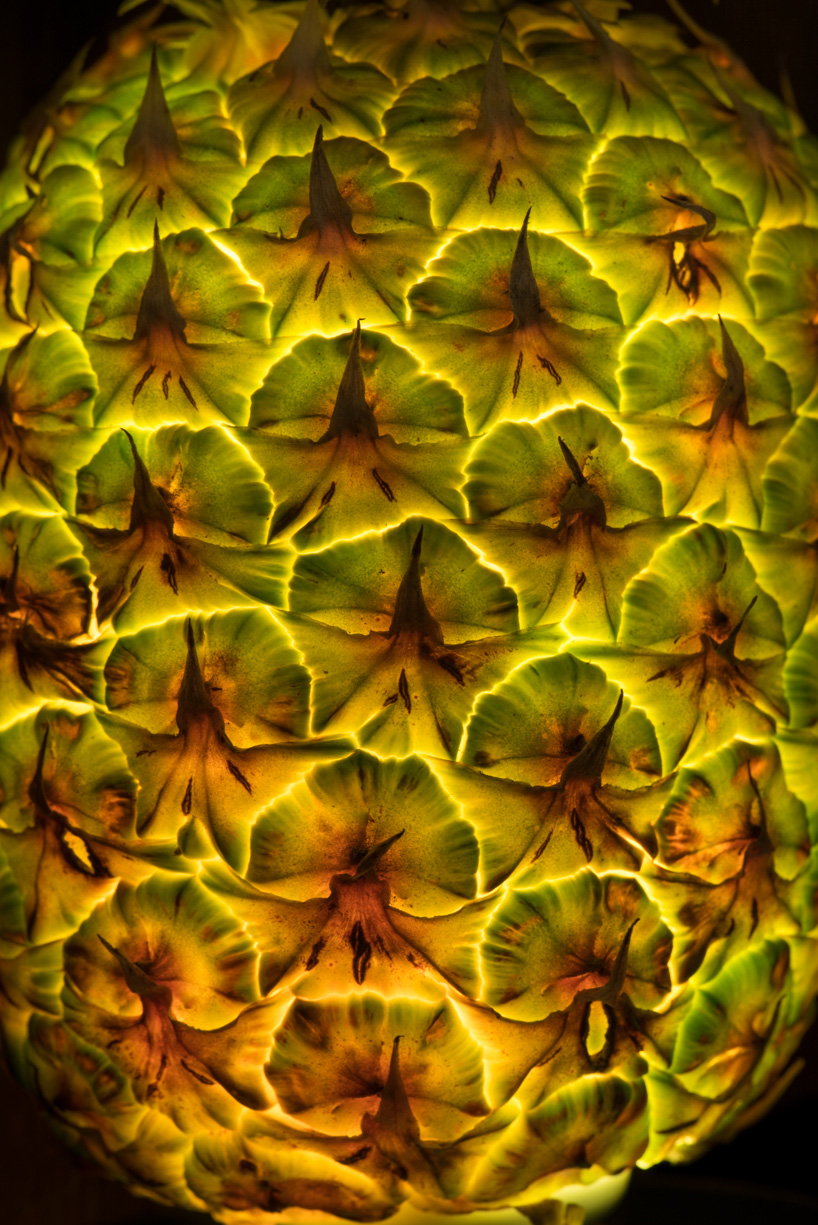 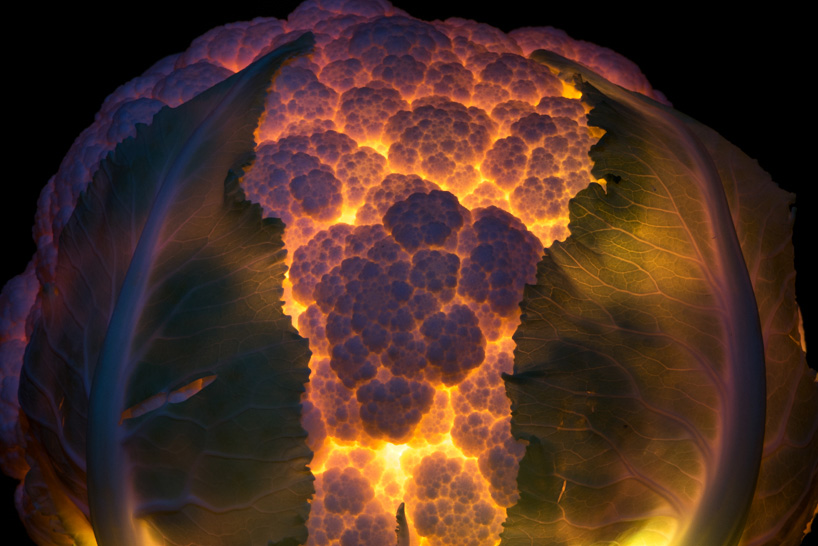 a cauliflower bears different intensities of light throughout 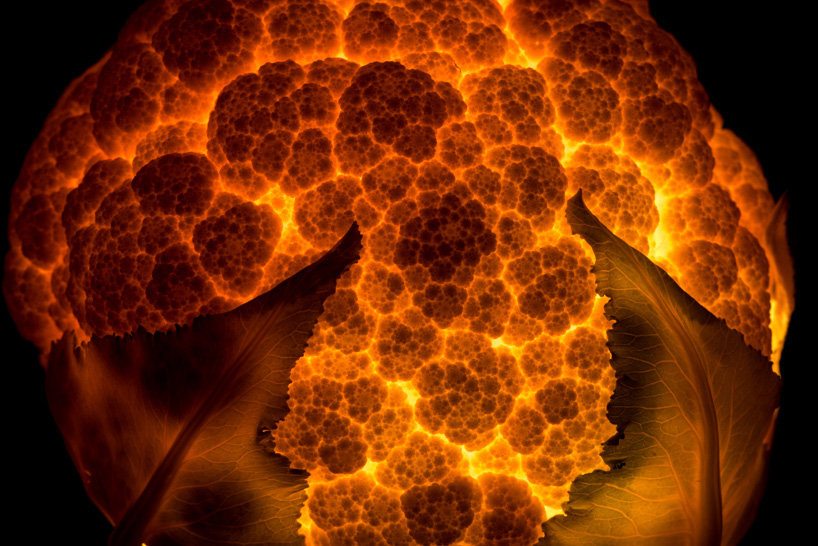 an almost atomic-bomb-like impression is made with the cauliflower 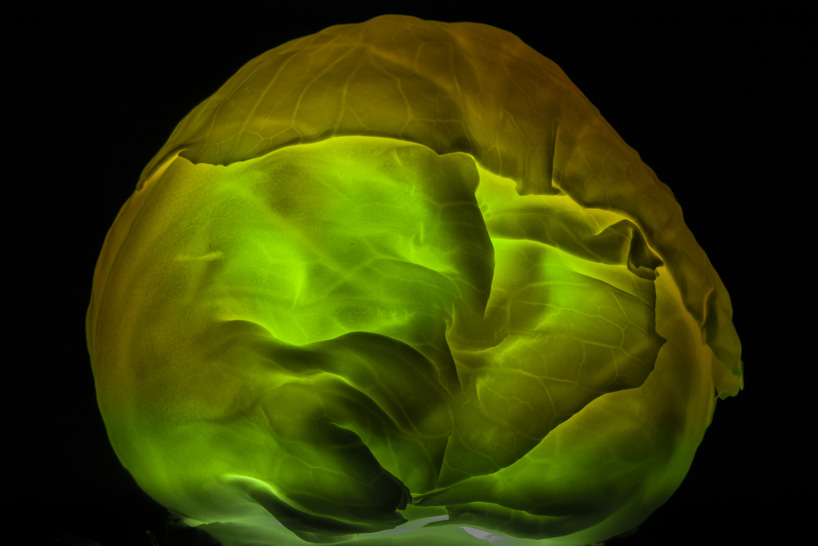 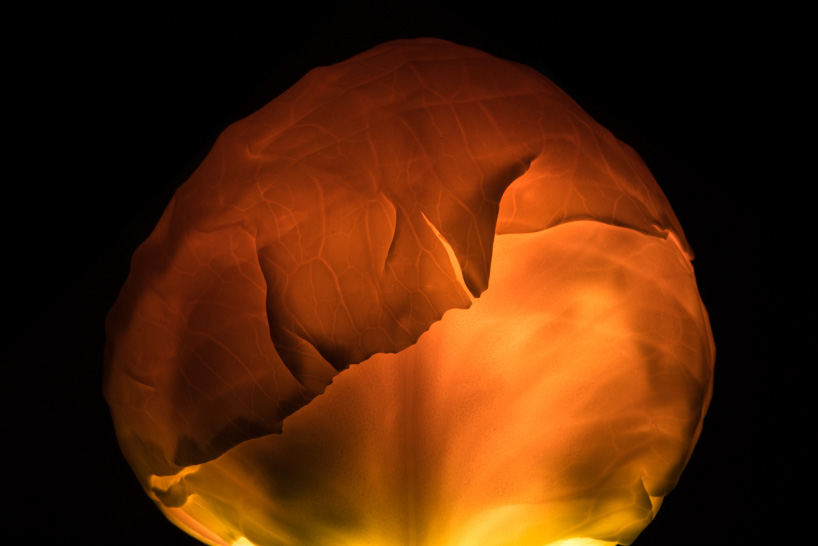 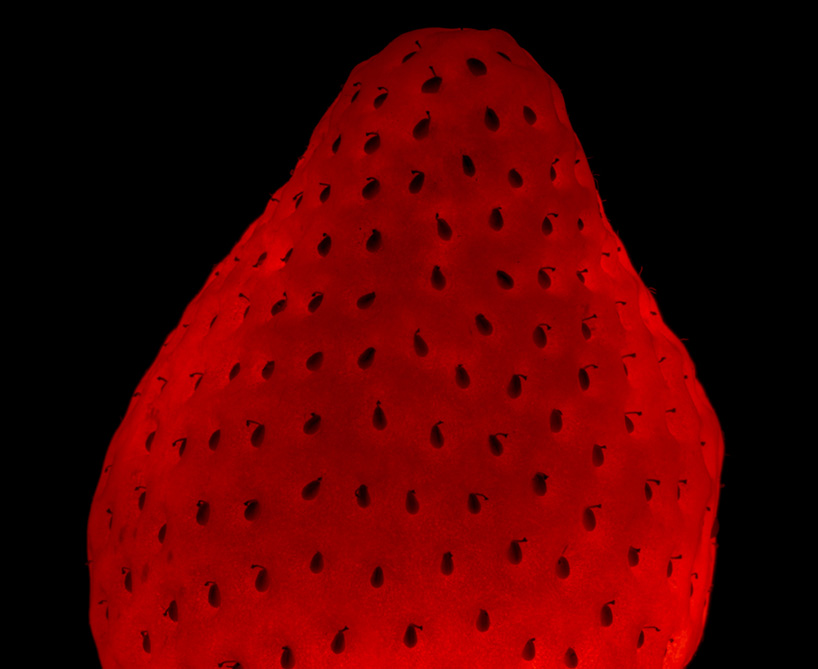 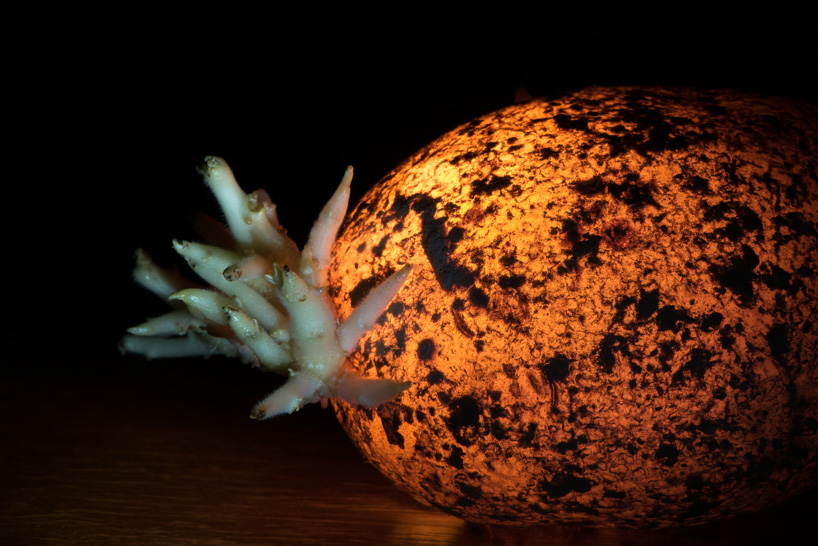 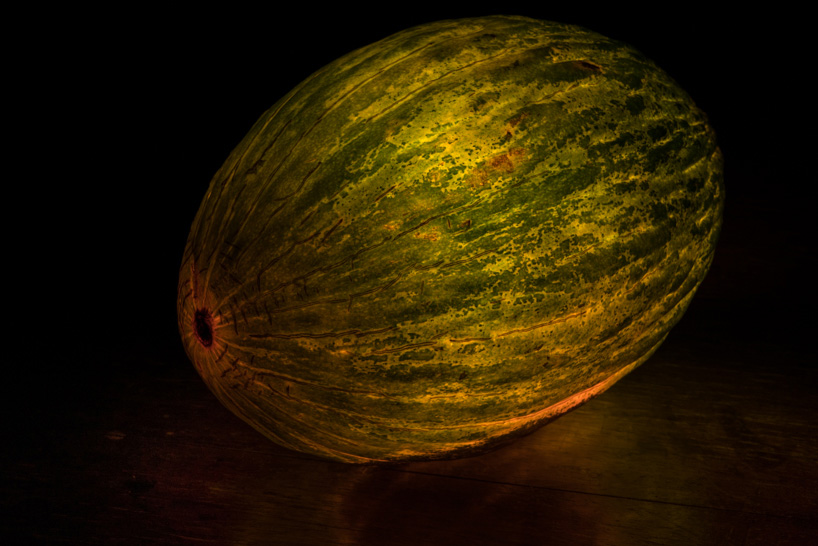 a watermelon emits a diffused glow through its thick shell 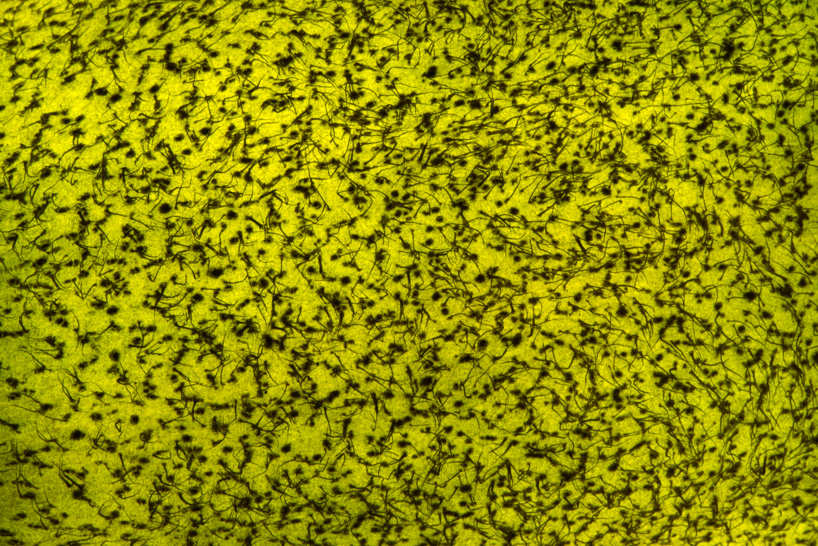 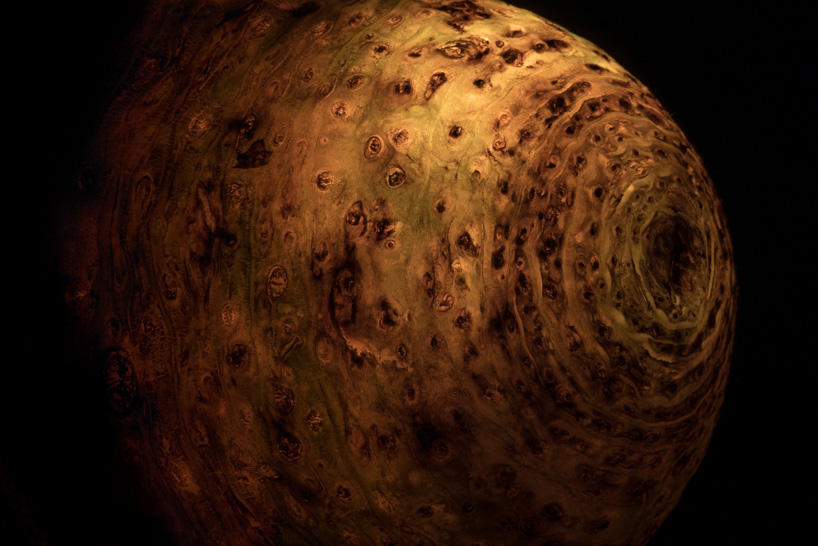 a celery root could be mistaken for a planet 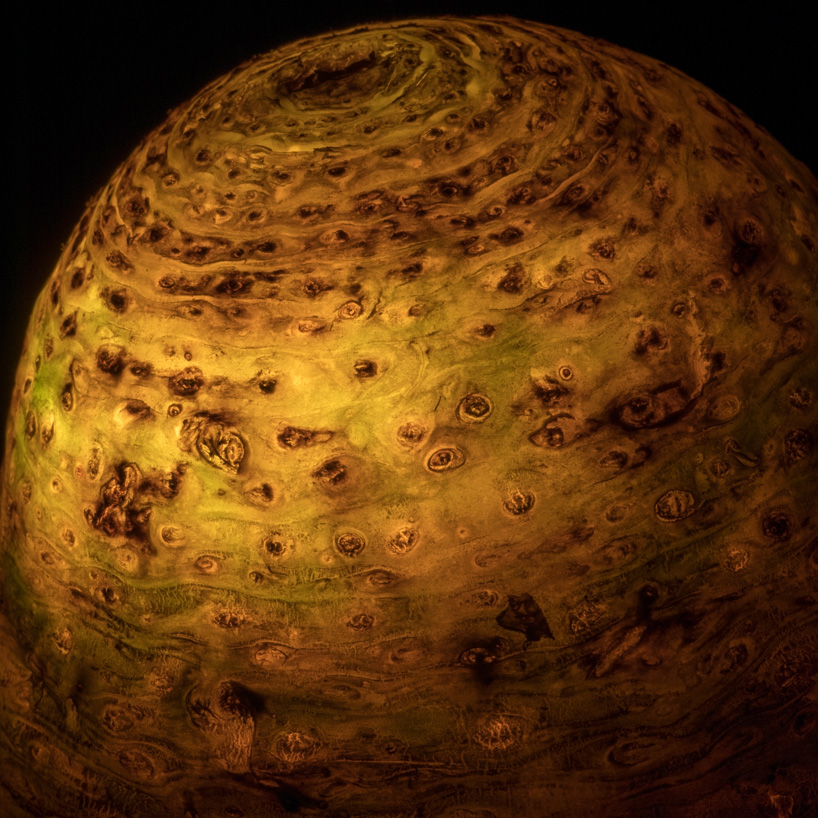 the light inside adds a hazy warm glow to the image 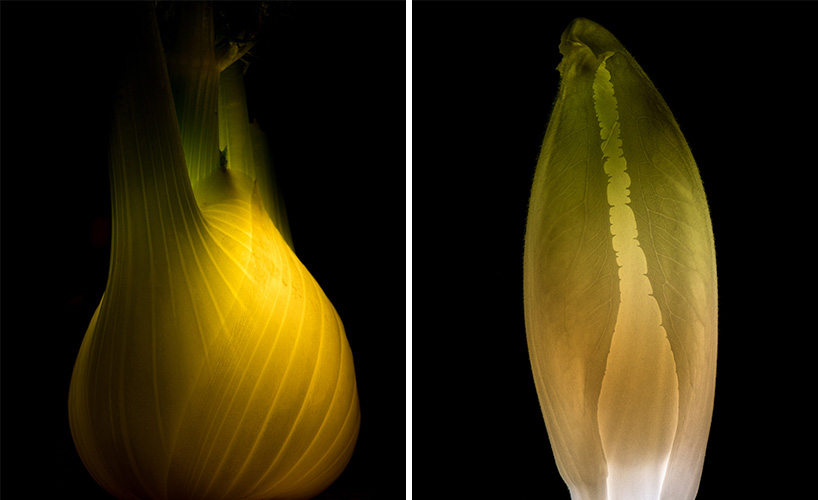 fennel and endive, respectively, emanate a faint green glow through their thin leaves 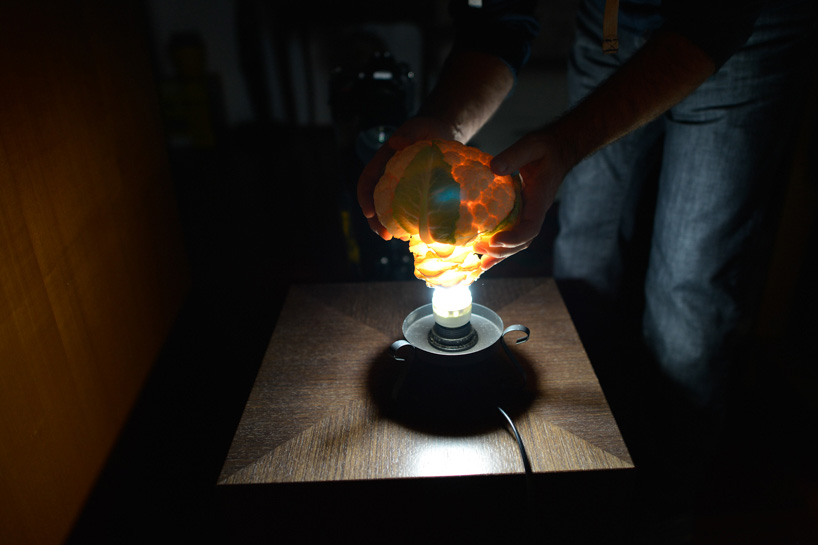 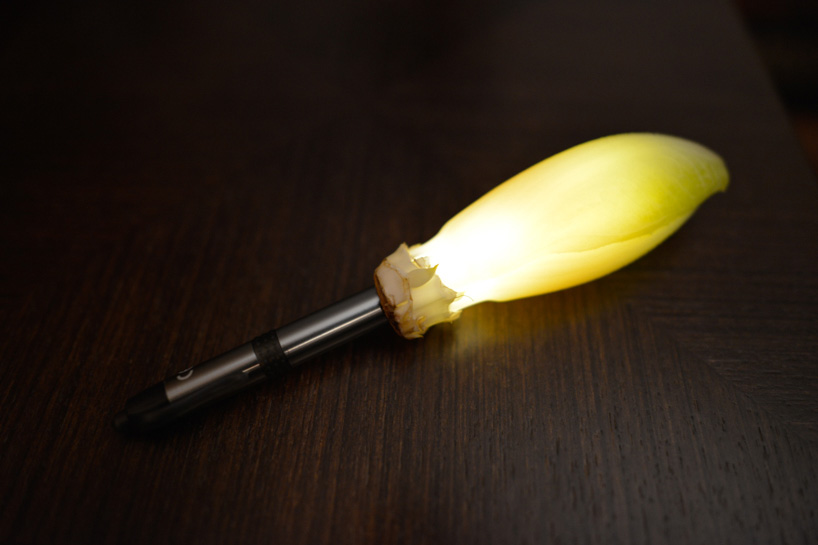 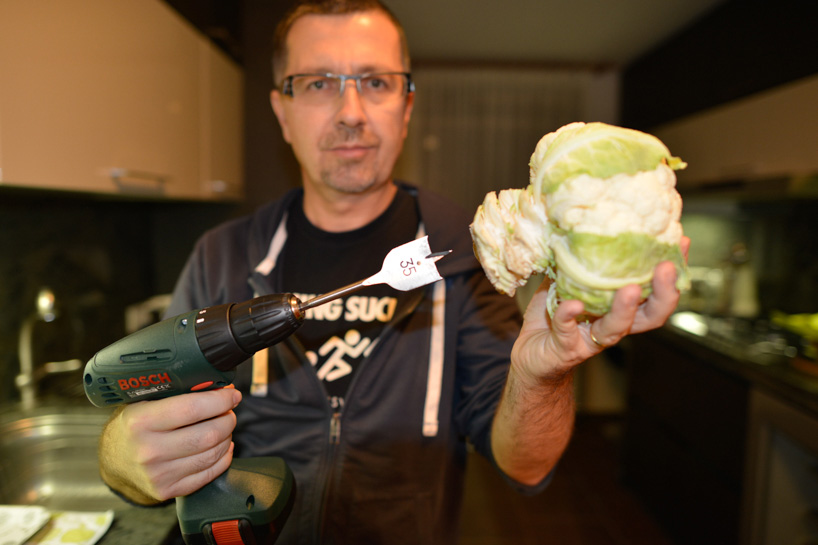 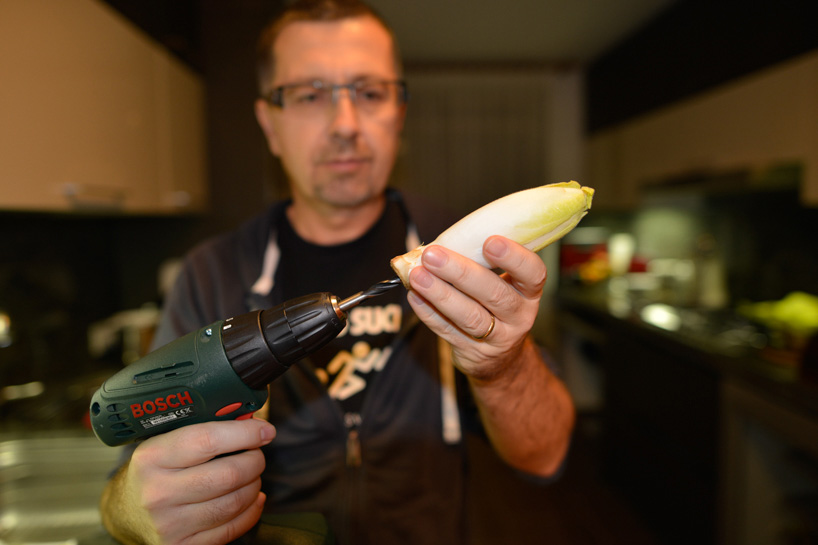 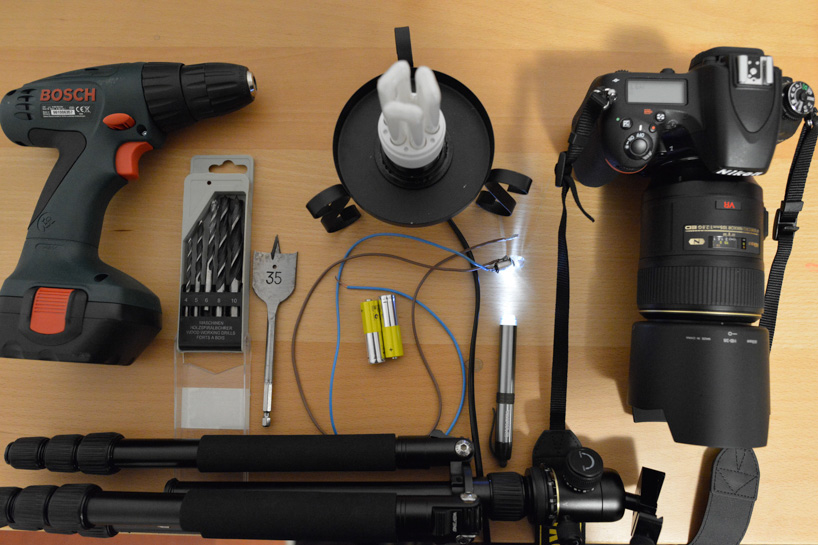 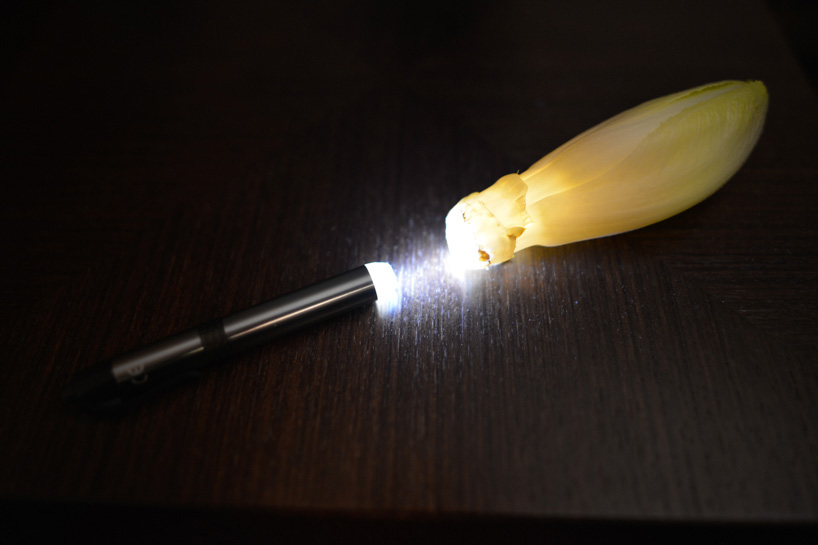