fully-functioning musical organ is made from 250 pringles cans

brooklyn-based collective fall on your sword has created a duo of mouth-watering, pop-art masterpieces created entirely from pringles chips and their familiar tubed packaging. they have crafted a fully-functioning pipe organ — motivated by eccentric aesthetics of the goonies’ bone organ — from nearly 250 pringles cans. stacked and assembled yellow, red and green cylinders form the life-size instrument, which plays music sourced from recorded sounds made from the crisp packs themselves, which transmit a range of tones and notes.

the second piece formed by the team of artists is a hanging chandelier made from 150 silver-colored casts of potato crisps, constructed to suspend above the organ and move from the wind created while the instrument is being played. the shimmering, sparkling mobile designed directly from the food pieces gently sways overhead, creating an engaging and kinetic experience when the pipe machine is interacted with. the designs have been made as inspiration for a competition presented by pringles and gawker media inviting anyone to share a sketch or photo of what they would create if they had unlimited access to pringles crisps and cans. 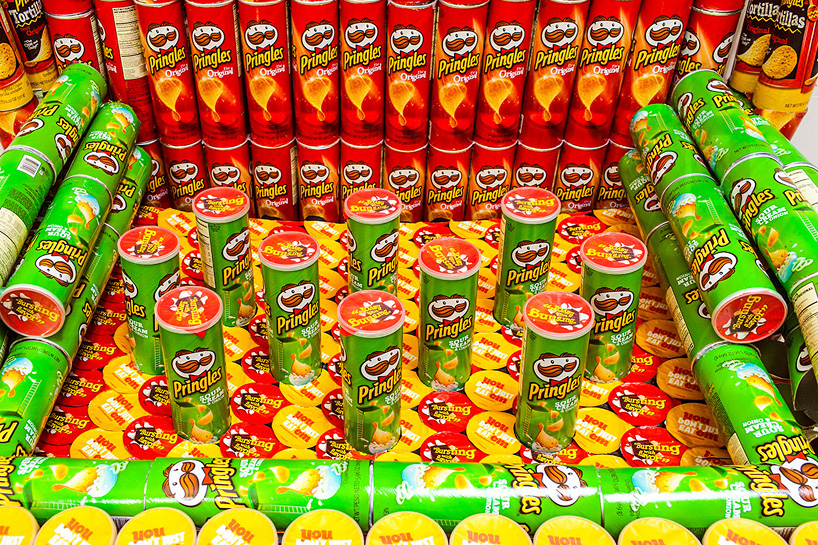 red, green and yellow cans are stacked and arranged into the playable organ 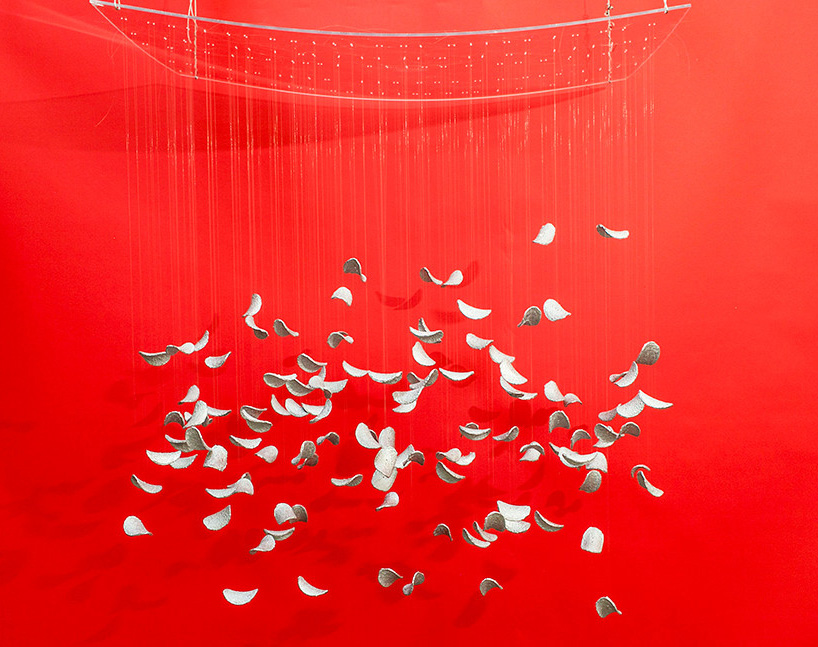 the chandelier sways overhead from the wind created by the organ 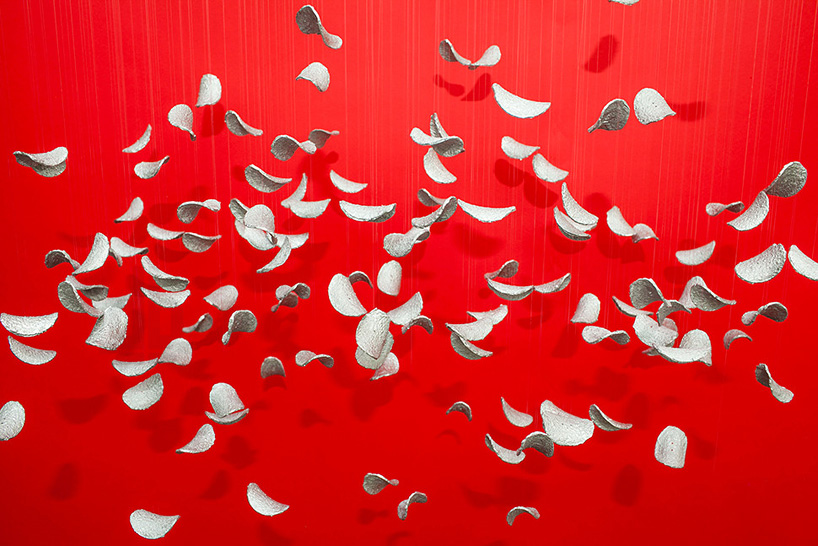 the molds are made from the original pringles shape 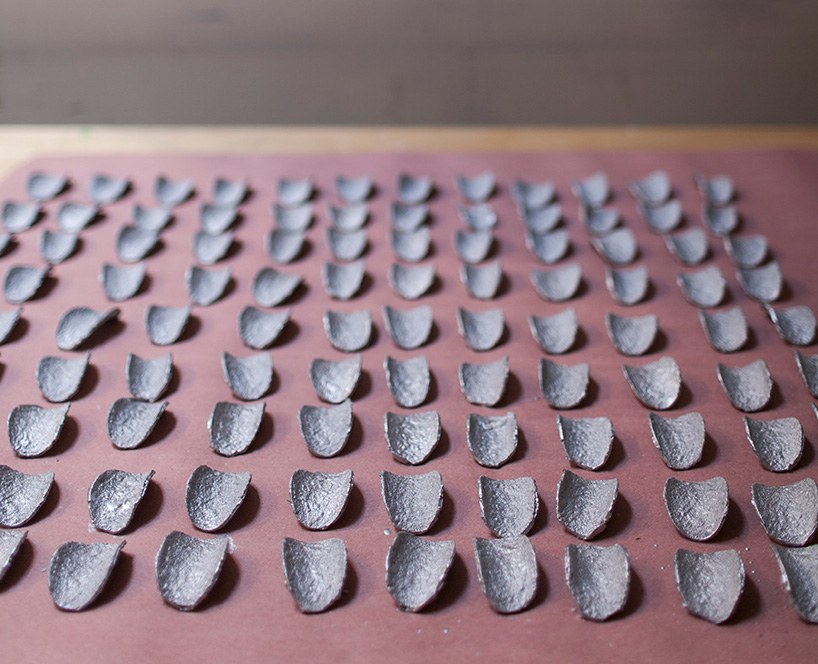 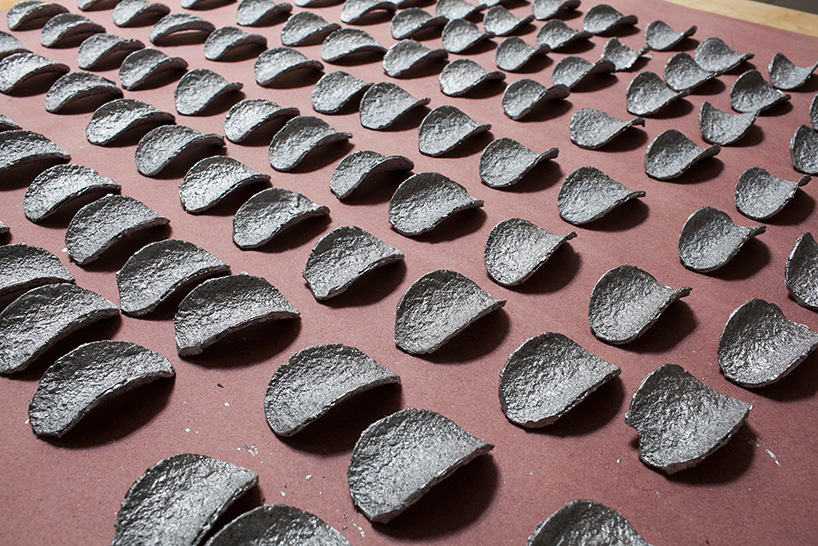