colombian illustrator fulvio obregon pins past and present against each other for a series of digital drawings named, ‘me and my other self’. the portfolio of illustrations depict celebrities and cultural influencers in two distinct phases of their lives and careers: as young professionals, up-and-coming actors and budding businessmen, and seasoned tech tycoons and media moguls. the two portraits posed alongside various versions of themselves offer a quick visual timeline of each figure, showing the similarities, and differences, of the qualities of the two characters. 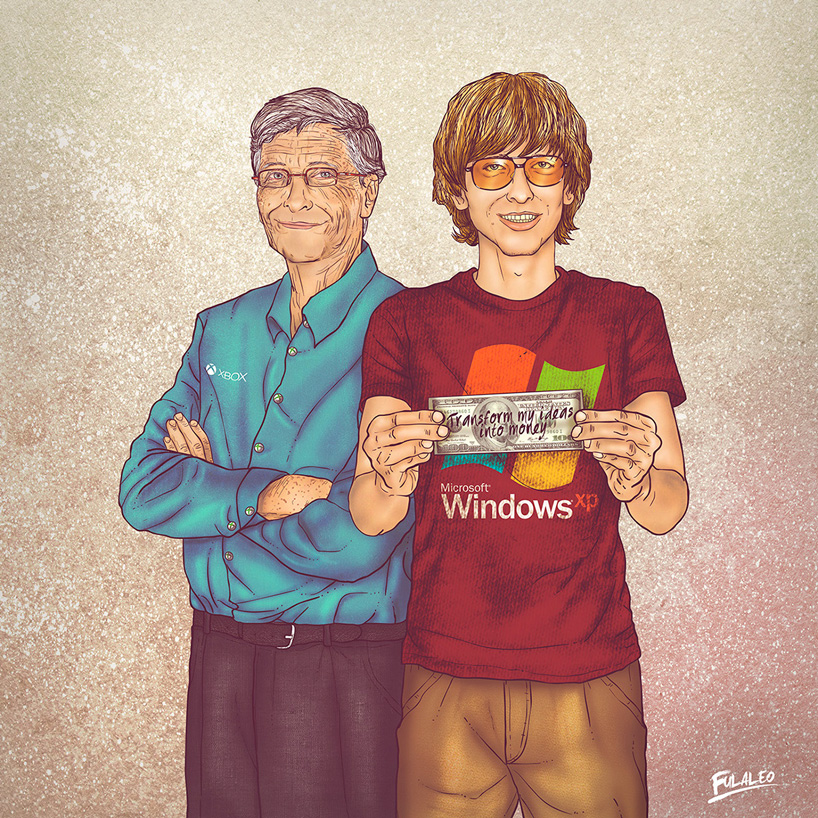 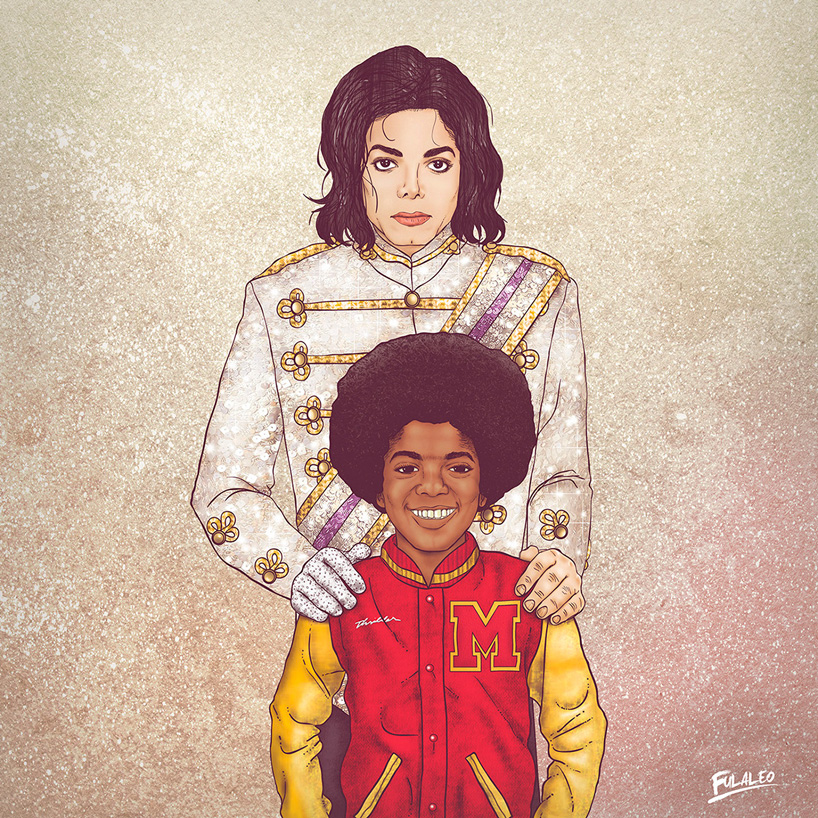 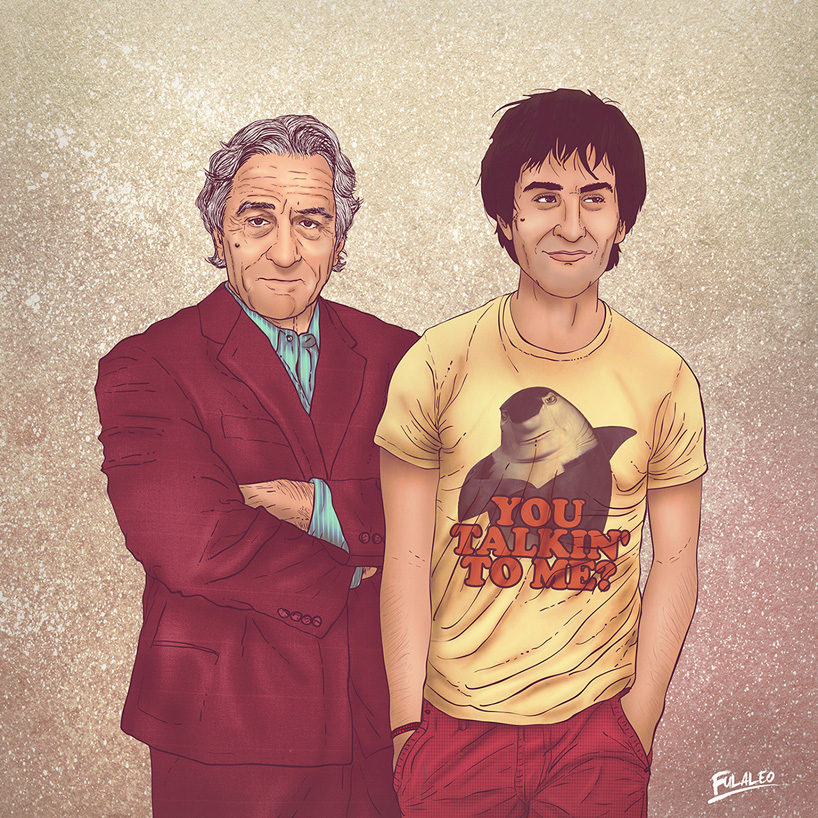 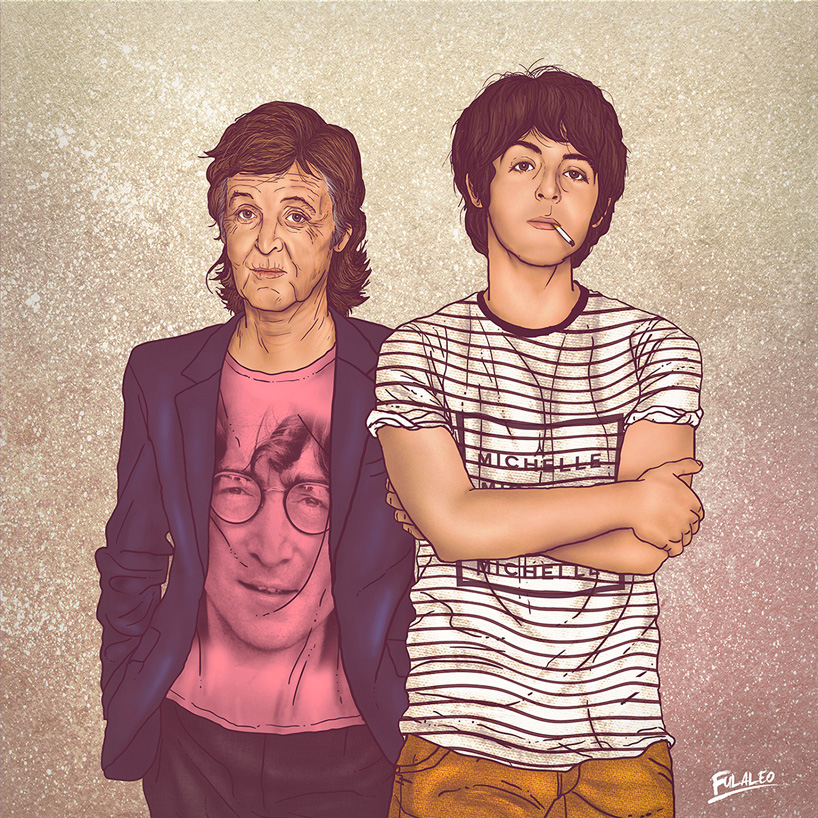 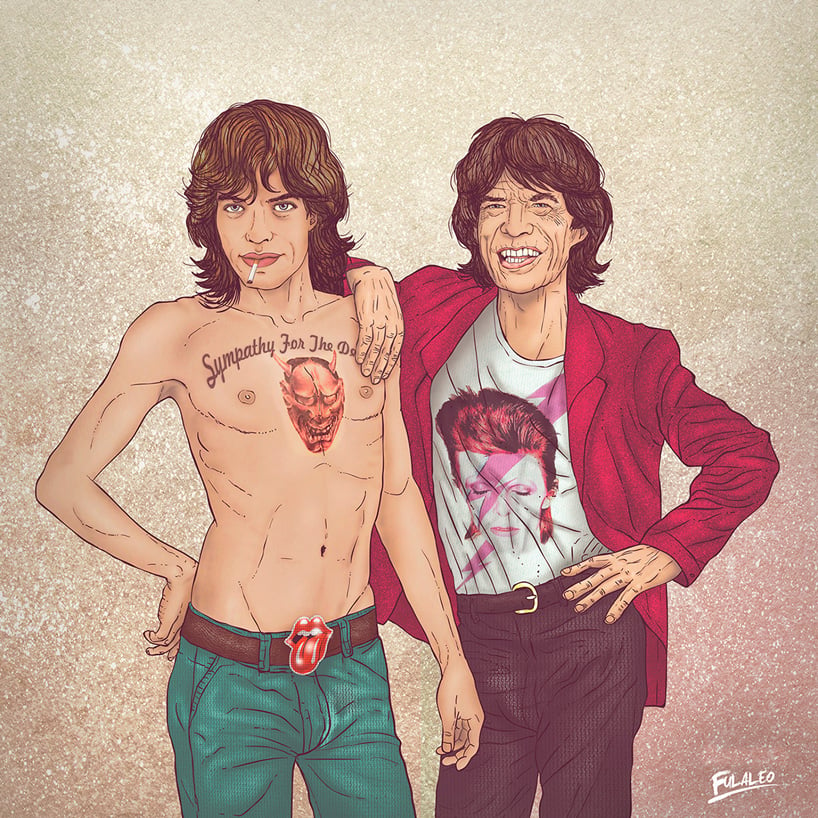 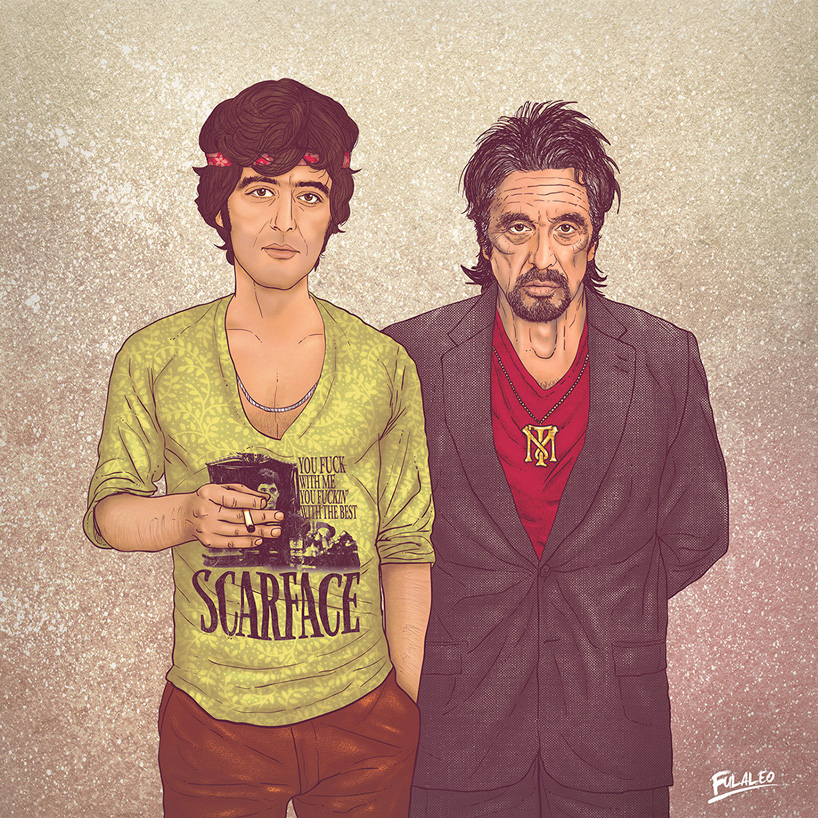