kanazawa, japan-based artist masakatsu sashie creates intricate large-scale oil on canvas paintings which feature a post-apocalyptic urban environment. sashie’s paintings are nostalgic, emphasized by notions of destruction and abandonment in an anti-utopian futurescape. many of his works include a city-like sphere which seems to levitate above a failed civilization. these fantastical and futuristic pieces incorporate aspects of post WWII japanese architecture with a more nihilistic end result. in the collection of orb paintings, sashie creates an intricate world which functions with limited mobility– a fragments of commerce and architecture are spun into a single sphere which exists after the modern world has been eliminated. masakatsu sashie’s work is featured at the ‘seven dilemmas: emerging contemporary japanese artists’ exhibition at mizuma and one gallery on now until the 15th of january. 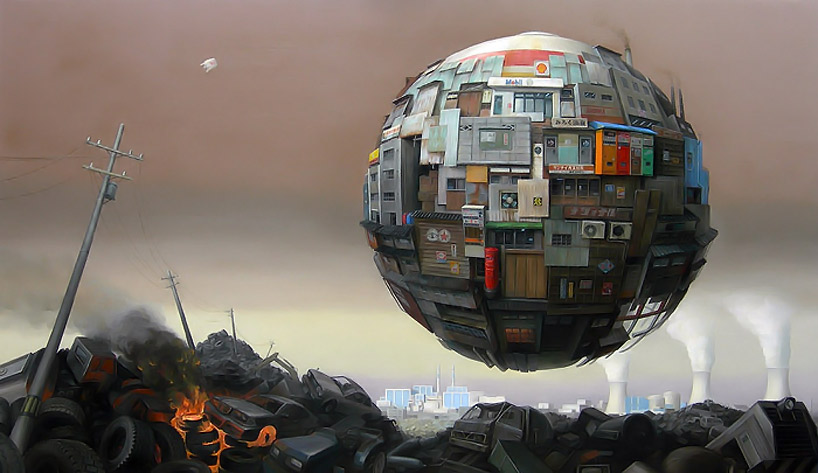 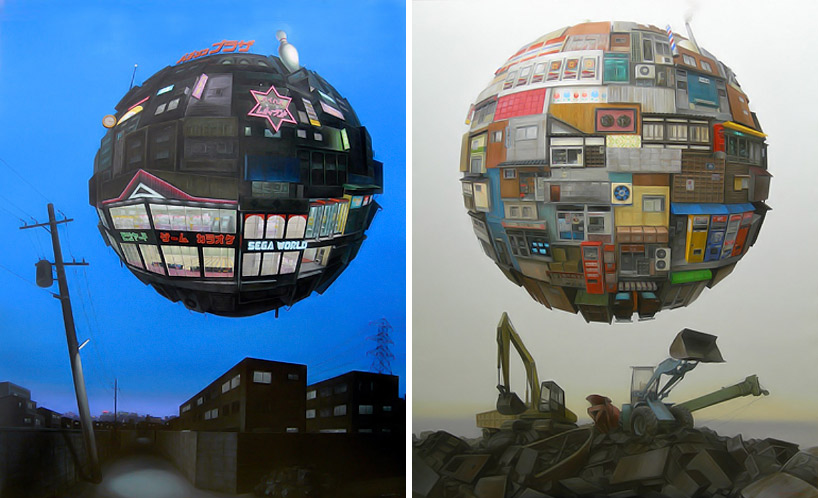 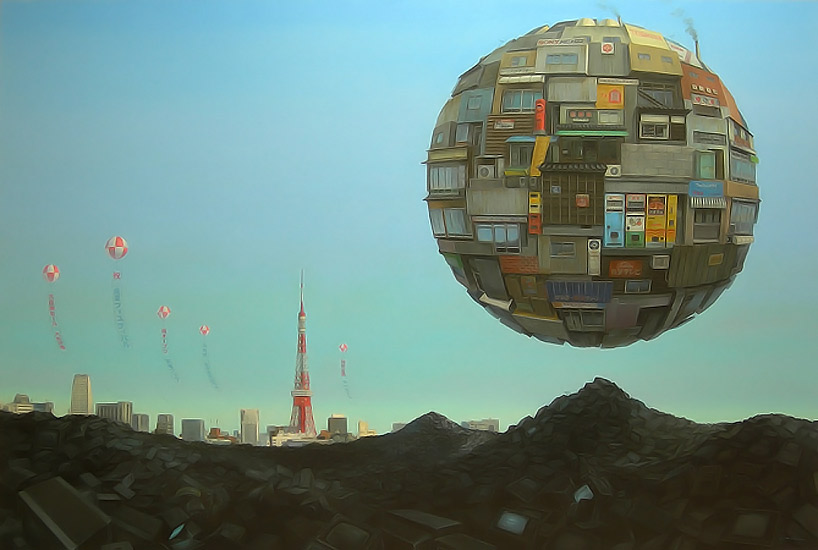 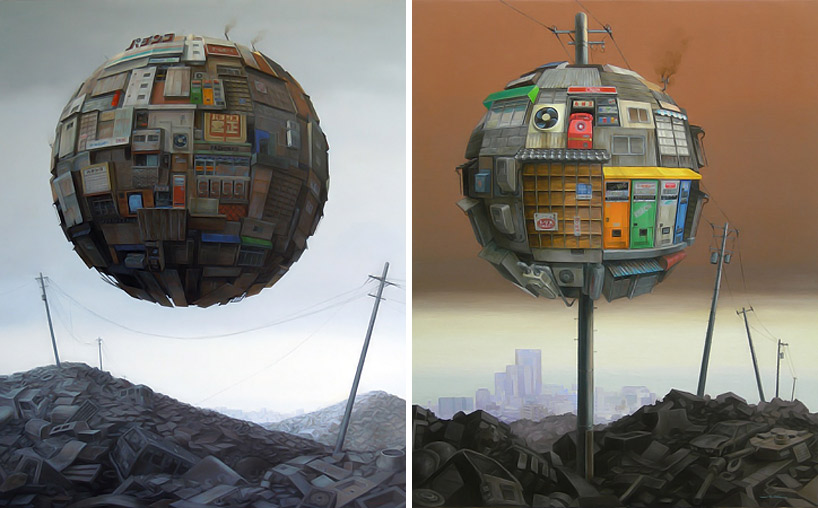 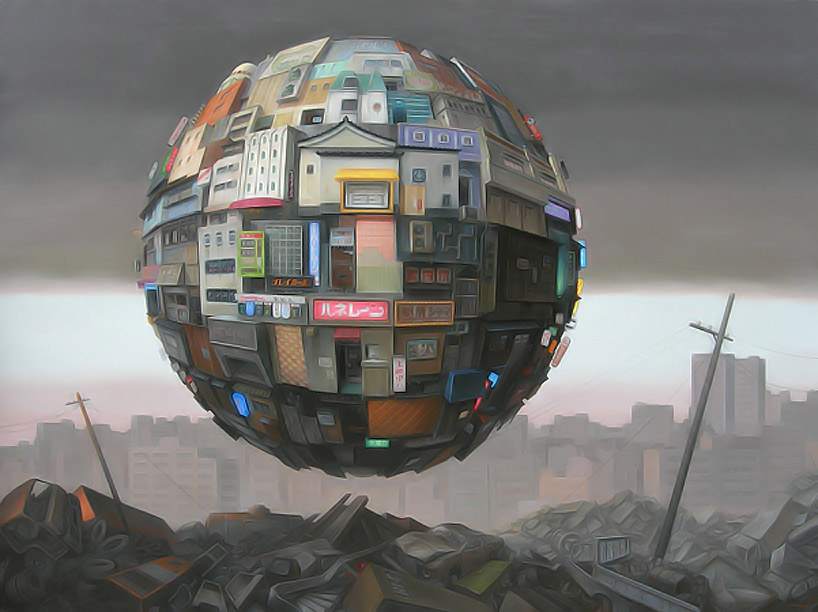 Sep 28, 2021
a dialogue with artist jeff koons: trust in yourself!
in our recent interview jeff koons also reveals that, as a logical extension of his practice, he will soon foray into NFTs.
art
263 shares
connections: +310