a dialogue with artist jeff koons: trust in yourself!

for its latest global campaign, getty images shows the limitless capacity of a picture, and the depth of its photographic database with the realization of ‘millions of images. endless possibilities’. created by brazilian agency almapBBDO, the film, print, poster and microsite feature the portraits of several famous figures amalgamated in an unexpected way. the faces of angela merkel, prince charles, the dalai lama and pope francis have been meticulously reconstructed using only clippings of creative stills from the getty image index. despite their facial features being collaged from disparate sources, the characters’ portraits are virtually indistinguishable from their actual identity.

‘four months of extensive research and testing were spent, without using any editorial images, to produce the result. for each face to be recognized, every detail required a massive search, but as getty images has such rich content we were able to find the exact details to the faces that we wanted to portray,’ describes benjamin yung jr, creative director of almapBBDO. 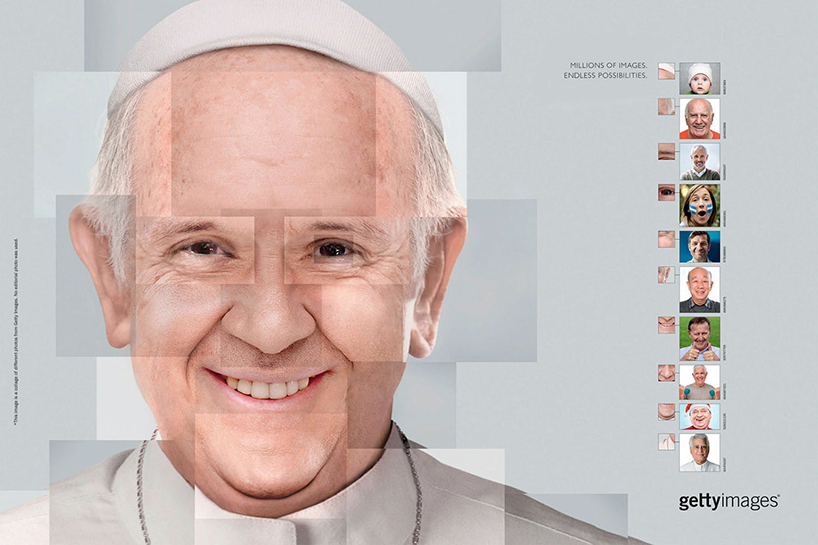 the portrait of pope francis is sourced from various faces 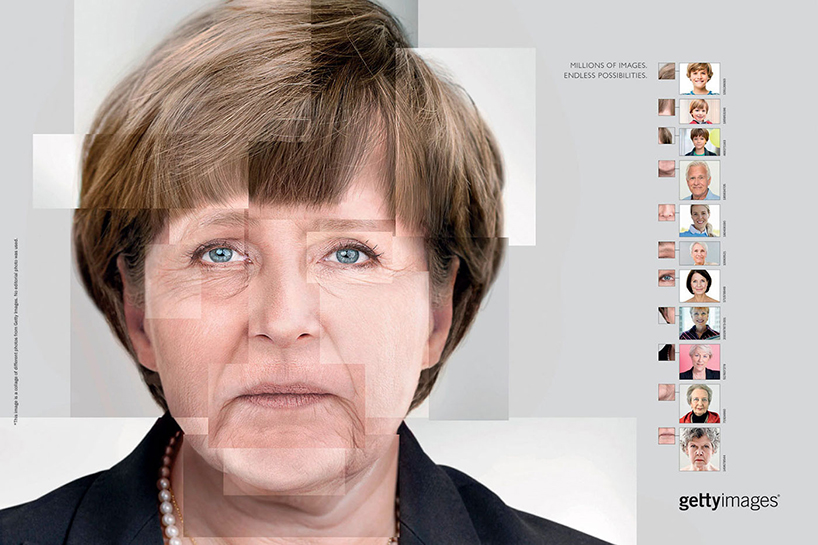 angela merkel is part of the ‘millions of images. endless possibilities’ campaign 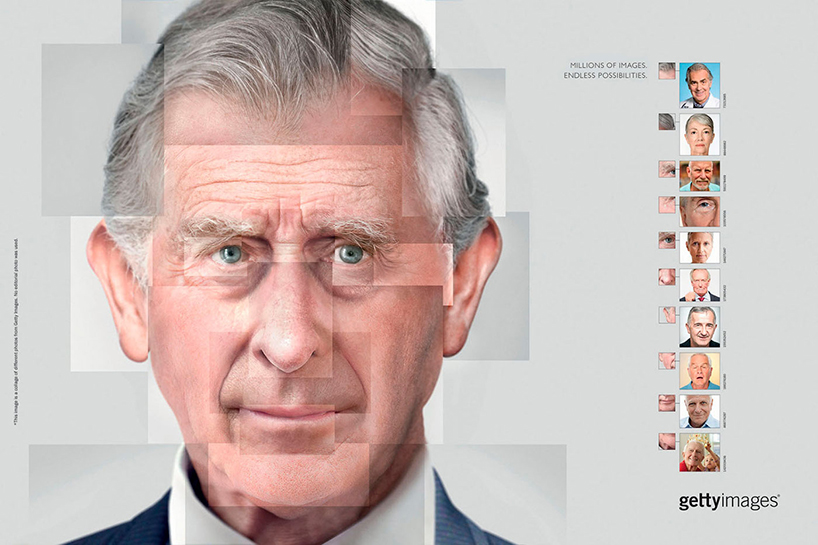 Sep 28, 2021
a dialogue with artist jeff koons: trust in yourself!
in our recent interview jeff koons also reveals that, as a logical extension of his practice, he will soon foray into NFTs.
art
+2.3K shares
connections: +310