for this edition of the amsterdam light festival, romanian architecture collective visualSKIN builds upon the martime history of the city by projecting an eerie apparition along the surface of the surrounding water. ‘ghost ship’ is an illusion of a 3-dimensional, 17th century boat, rendered by two intersecting planar projections — beamed onto vertical, perpendicular planes of water.

with a specialization in the creation of additional, optical dimensions, the four young creators have been able to materialize not only nocturnal mirage in the low-lit urban landscape but also a retro-futuristic hologram, simply using water curtains and old-fashioned stage lights. the wind plays an important role in achieving the dreamy and haunting quality  — when it picks up and blows against the arching streams of water, the image wavers, appearing to the viewer as sort of tactile magnetic field. 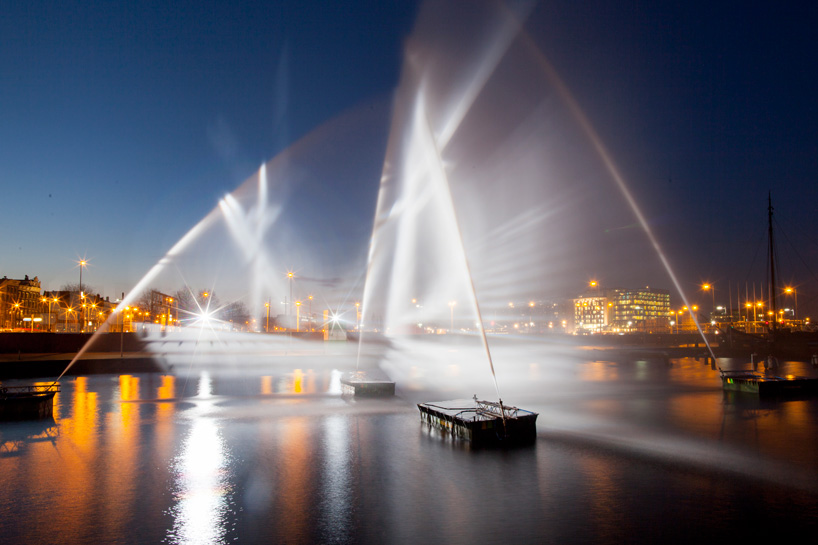 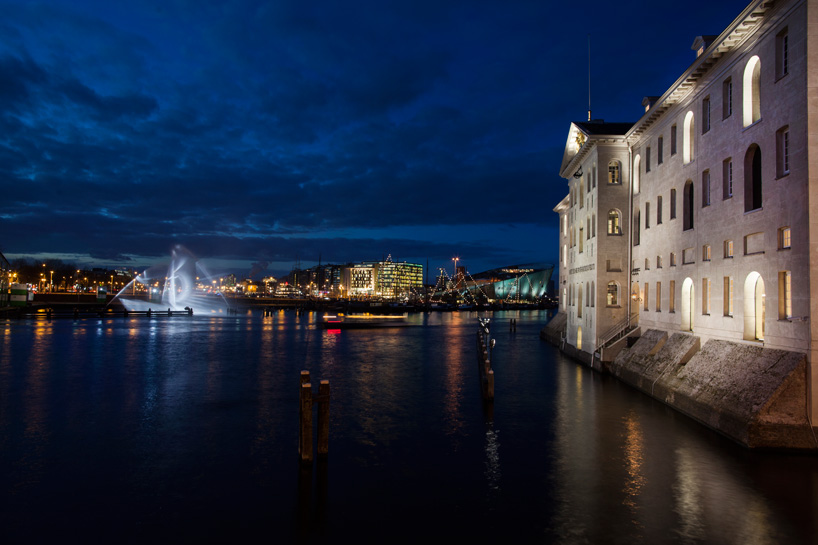 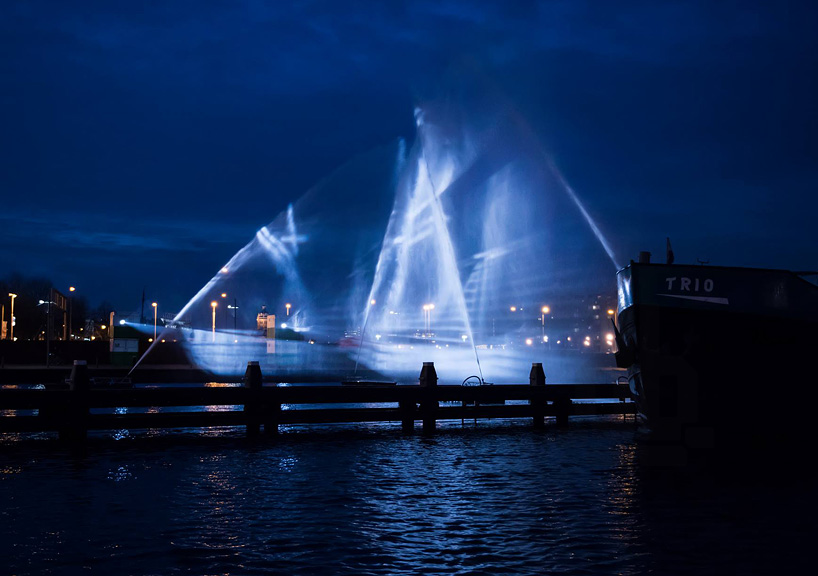 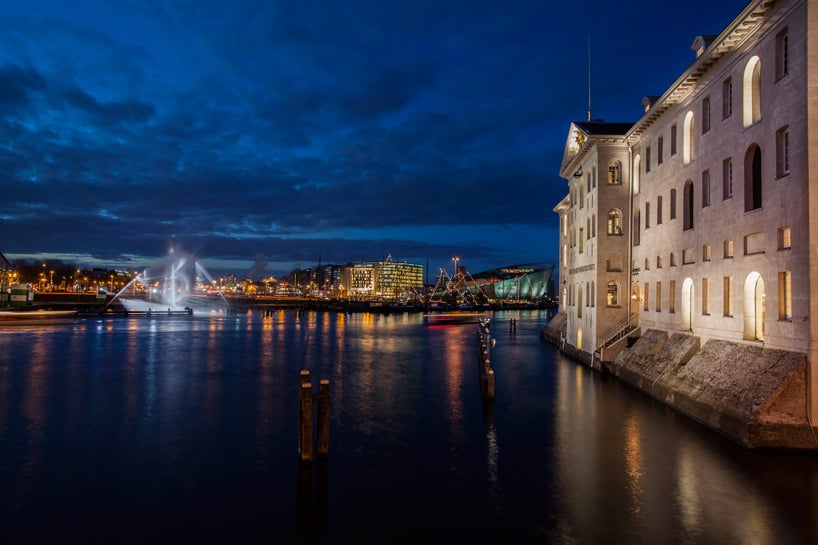 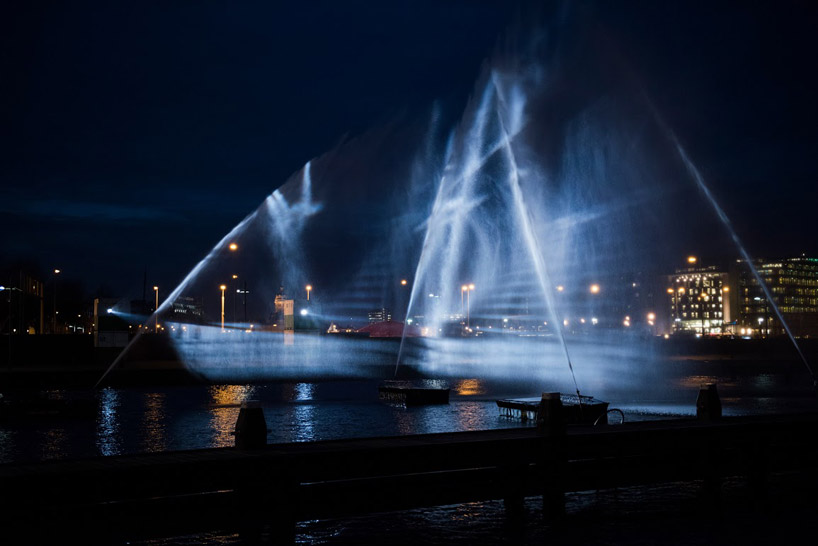 the image wavers with the movement of the wind 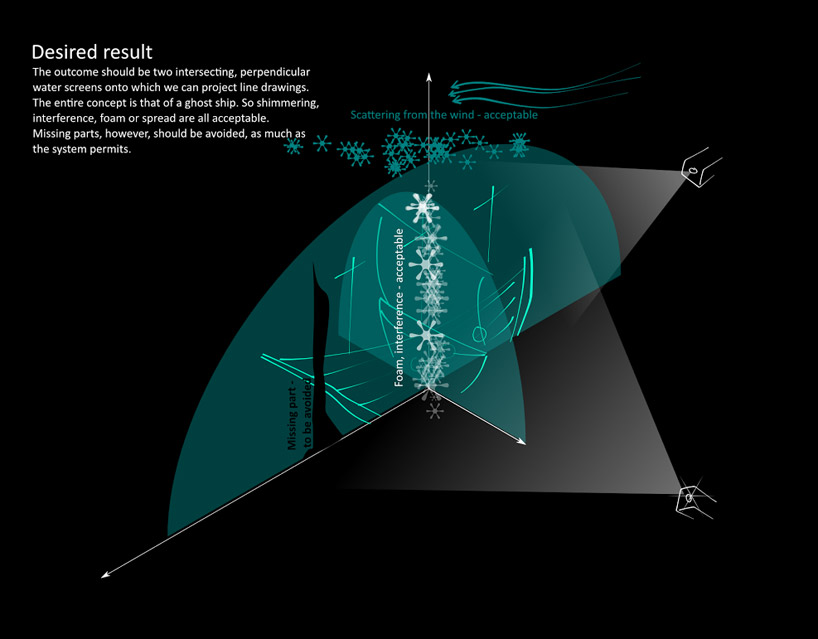 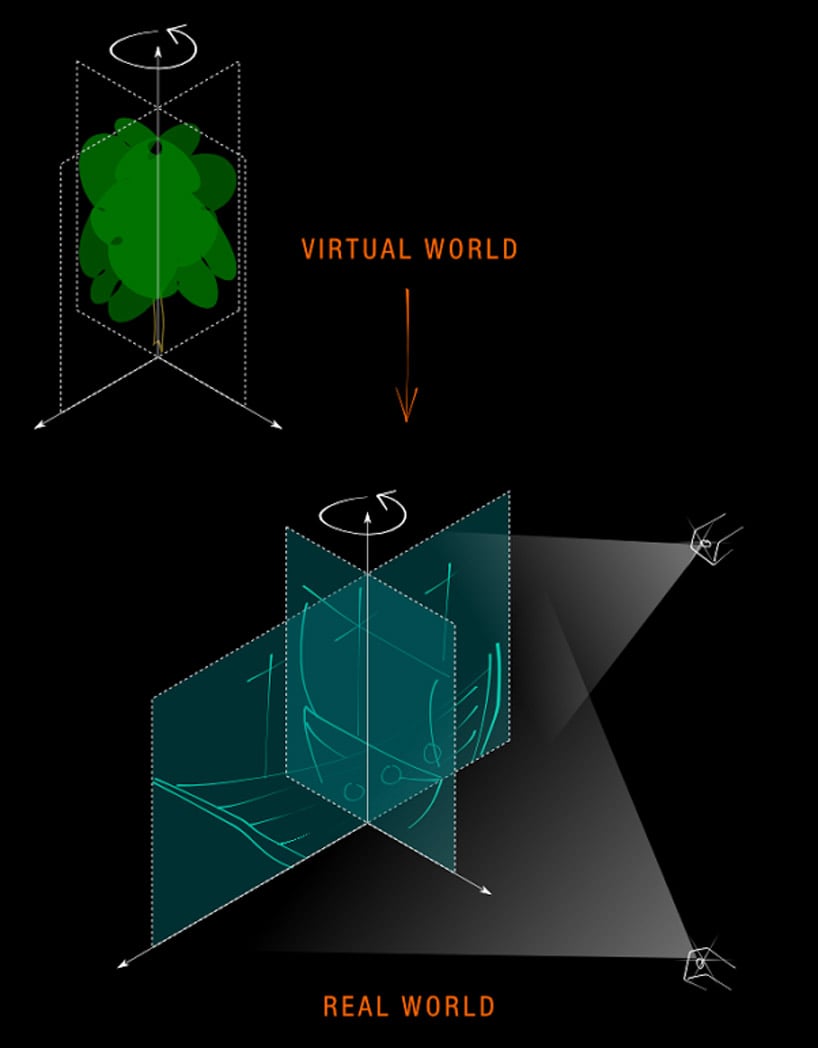 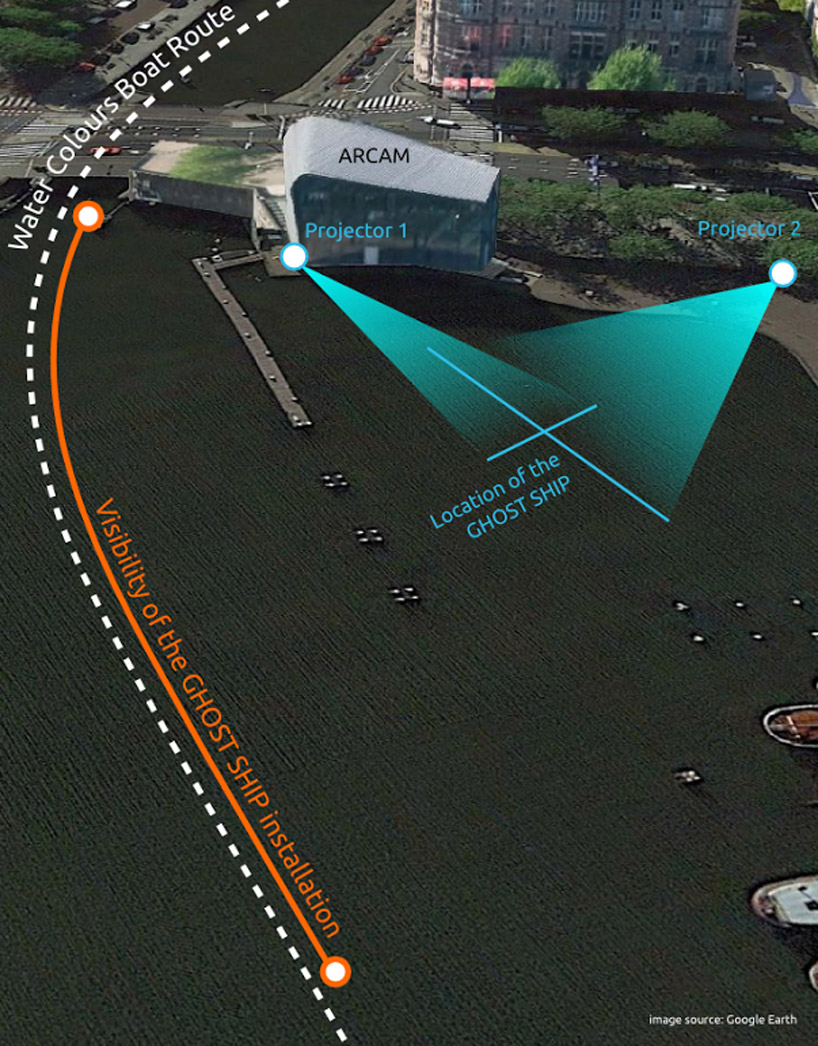 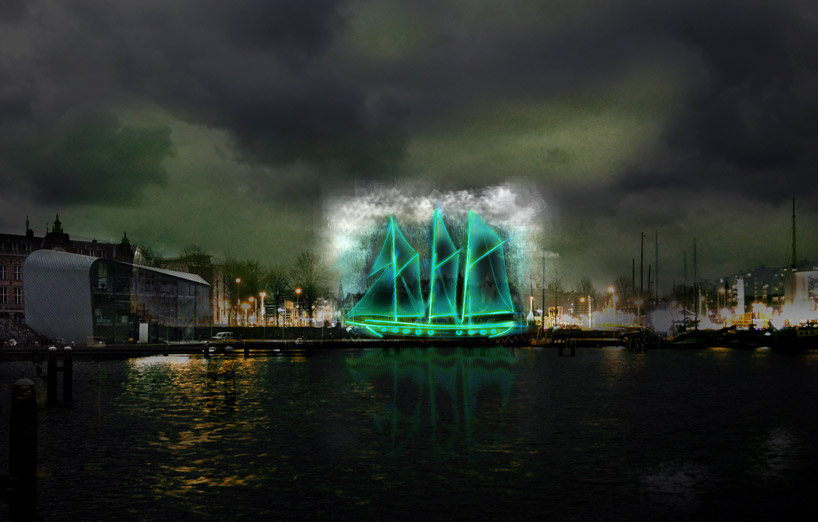 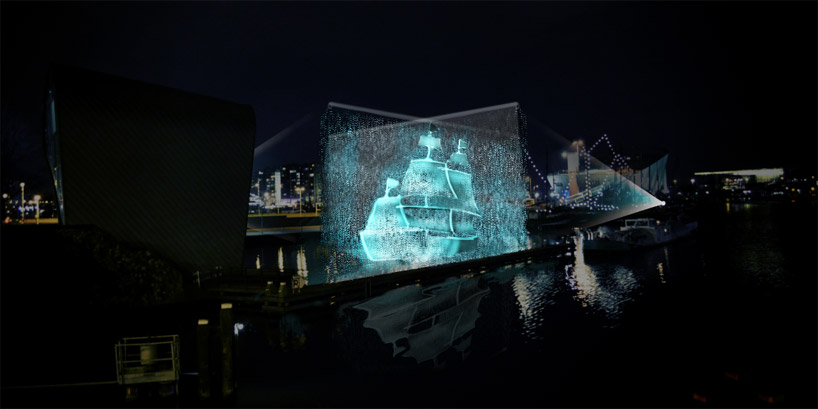 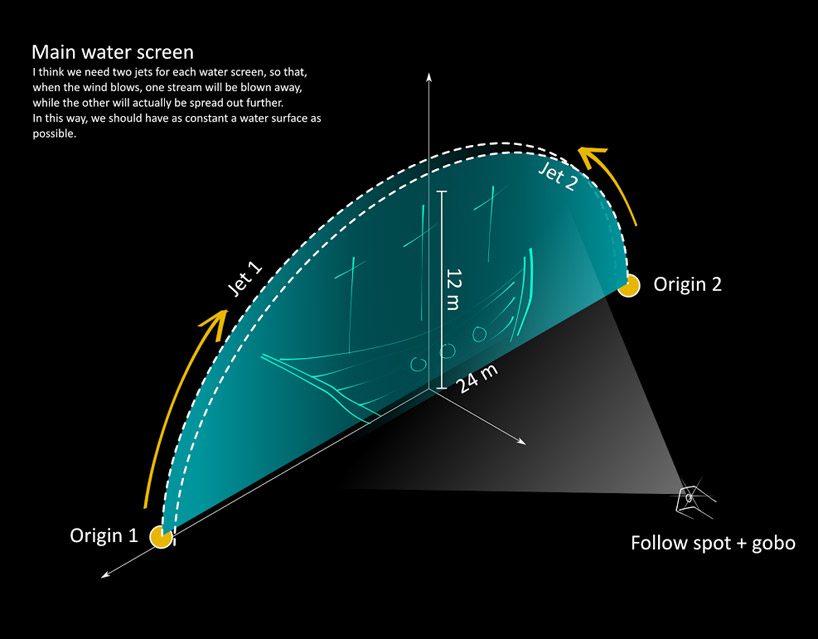 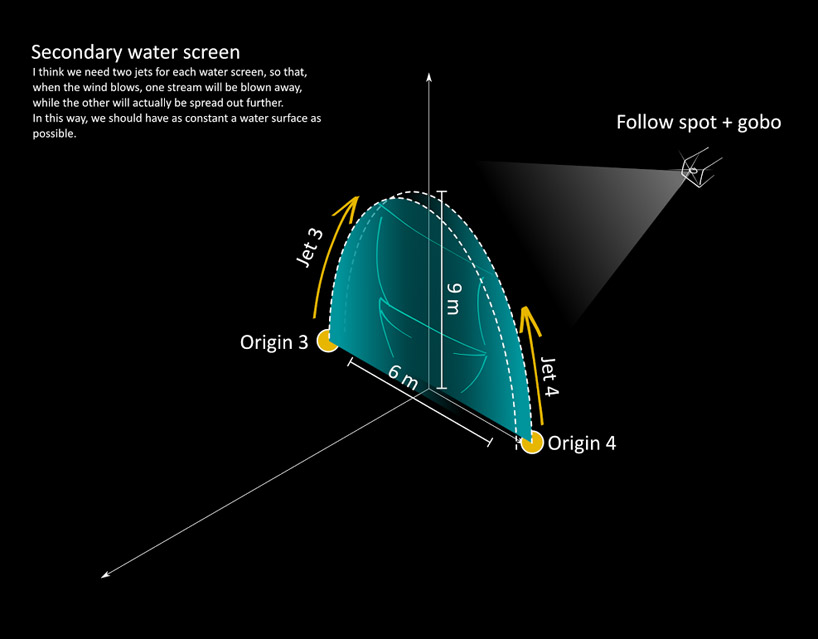 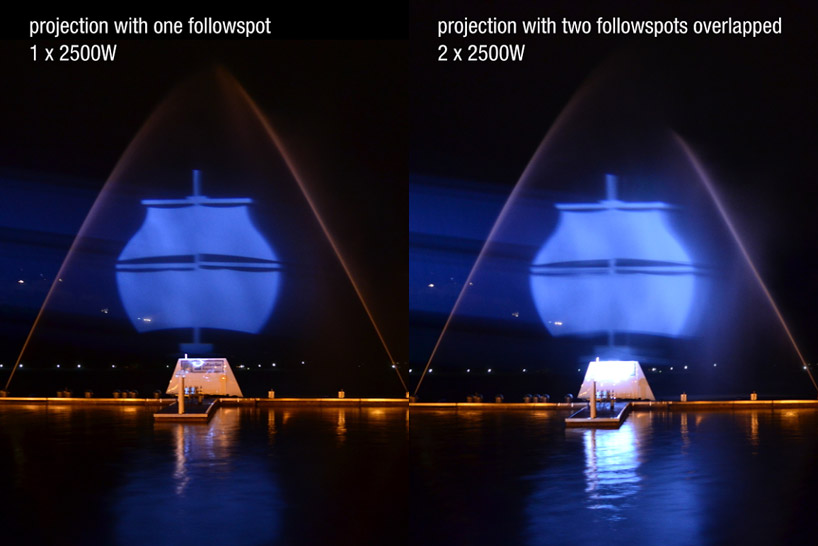 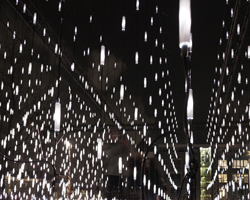 Dec 21, 2014
pass through the 3D matrix of serge schoemaker + digiluce's alley of light 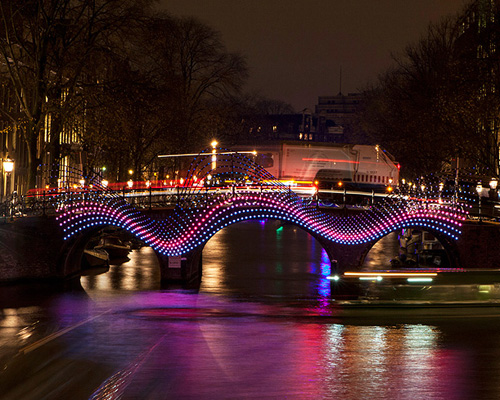