italian artist gianluca traina re-imagines the notion of portraiture by combining 2D and 3D elements in his series entitled ‘portrait 360’. the project was an outcome of exploring the impact of fusing flat, static surfaces such as paper with the familiar contours of the human body. this effect creates and articulates traina’s idea of being without identity, an unrecognizable face distorted through experimentation. the pieces are characterized by a deliberate mosaic-like skin, obscurely arranged to depict the photograph of a face, contorting and curling around the form of a skull, confusing gender and identification.

traina describes the ambition and process by the sculptures:

‘the result is a sculpture of colored paper twisted. they are portraits of views. they are people. identity anonymous. and an abnormality of thought. they are portraits of contemporary people to 360°. despite the astonishing complexity of the construction, the forms created stage an authentic play of surfaces, shapes and colors. an explicit desire to intrigue the viewer through a visual and tactile experience, to turn the elaborate processes of perception based on sensory and cultural contrast. portrait 360 is the human being urban, global and contemporary. approved in the form. a set of protagonists free to be aesthetically anonymous. they are 360 degree views of human social beings.’ 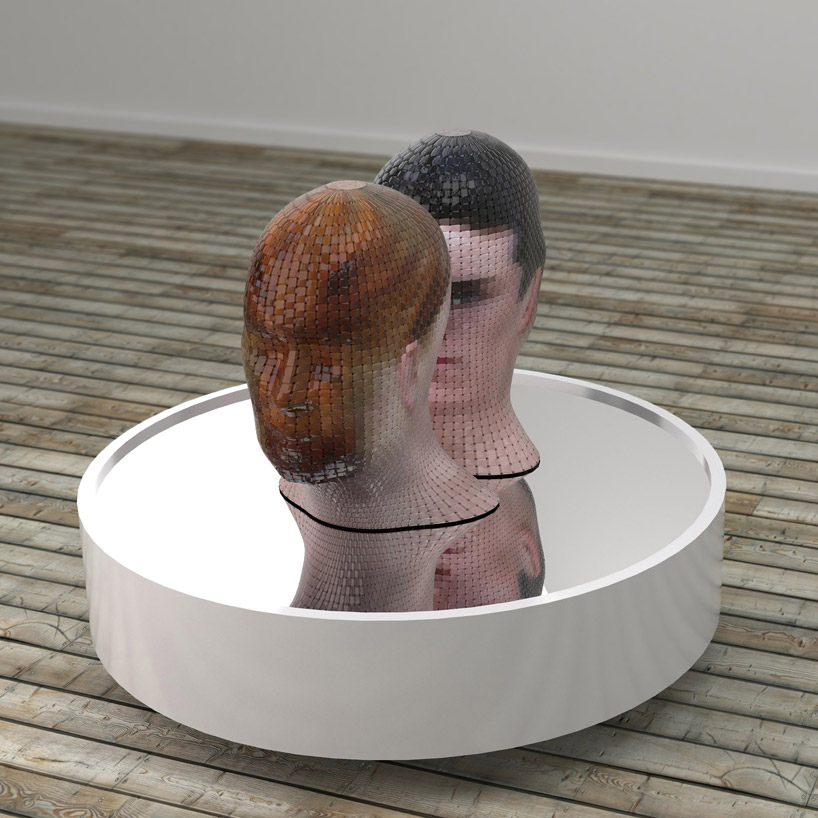 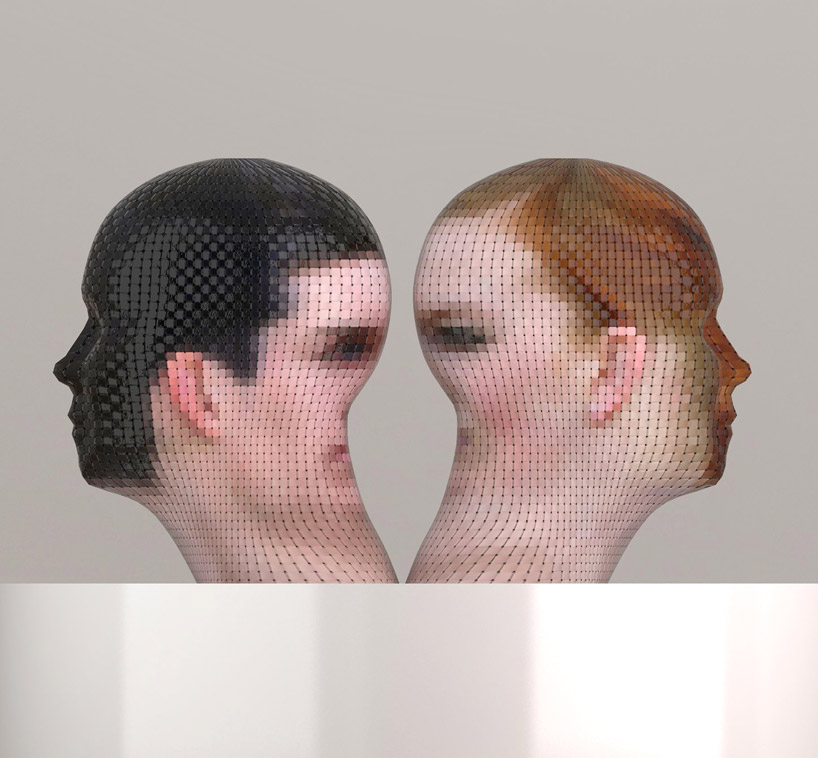 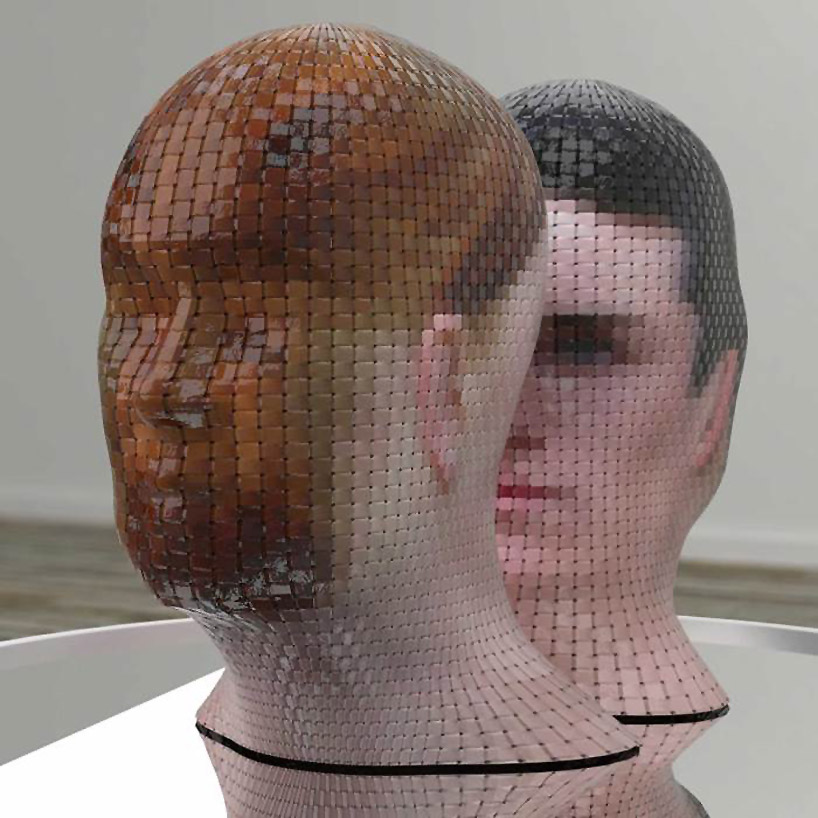 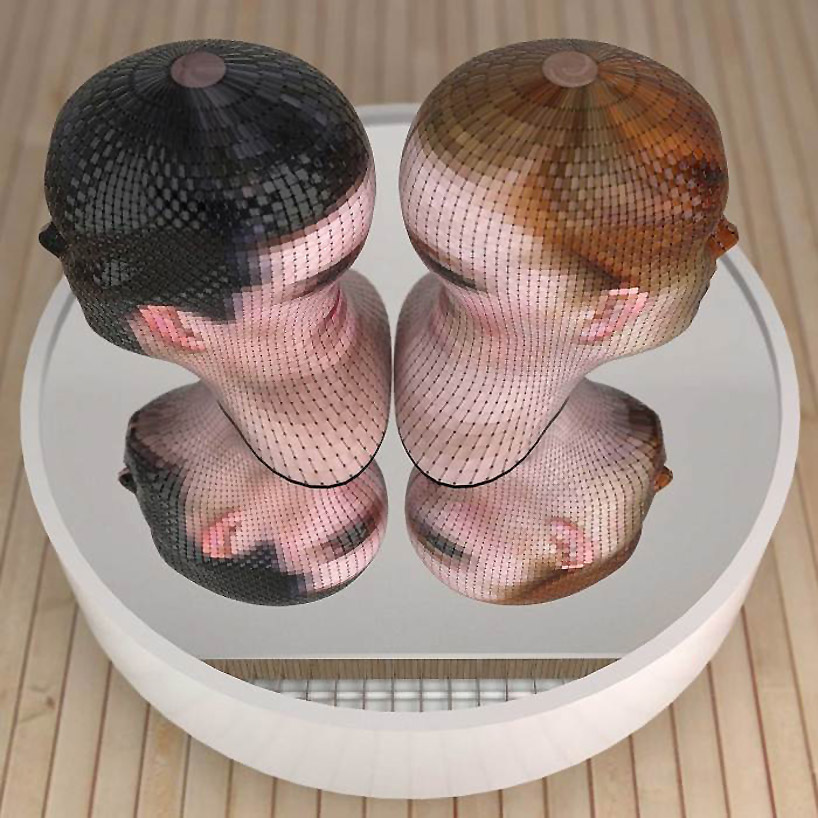 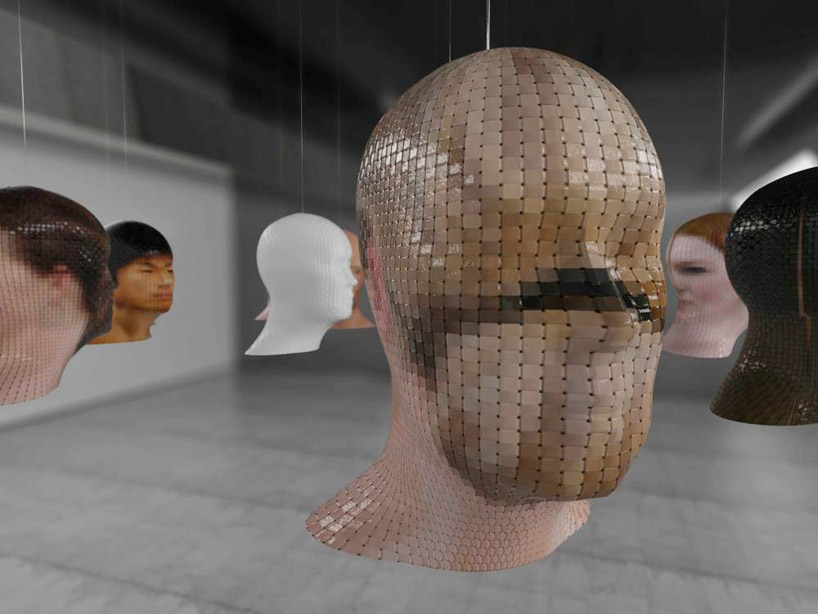 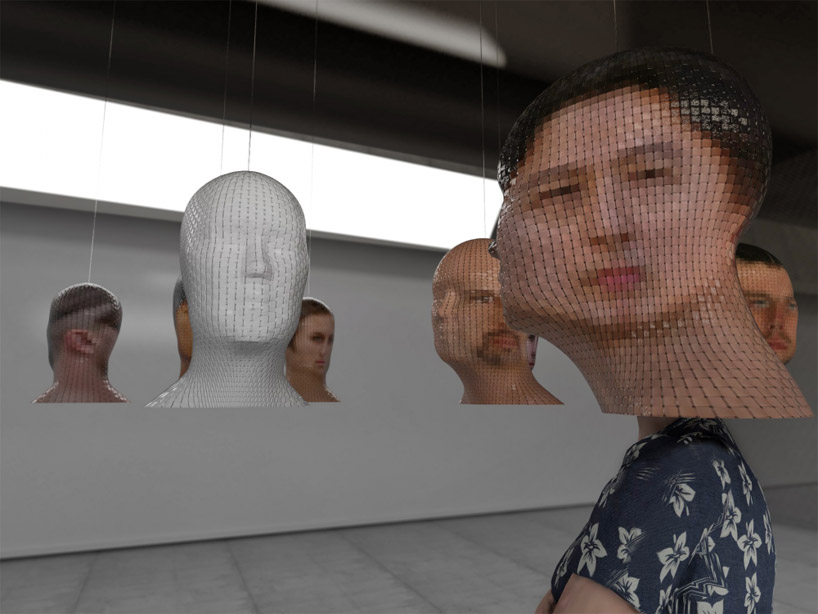 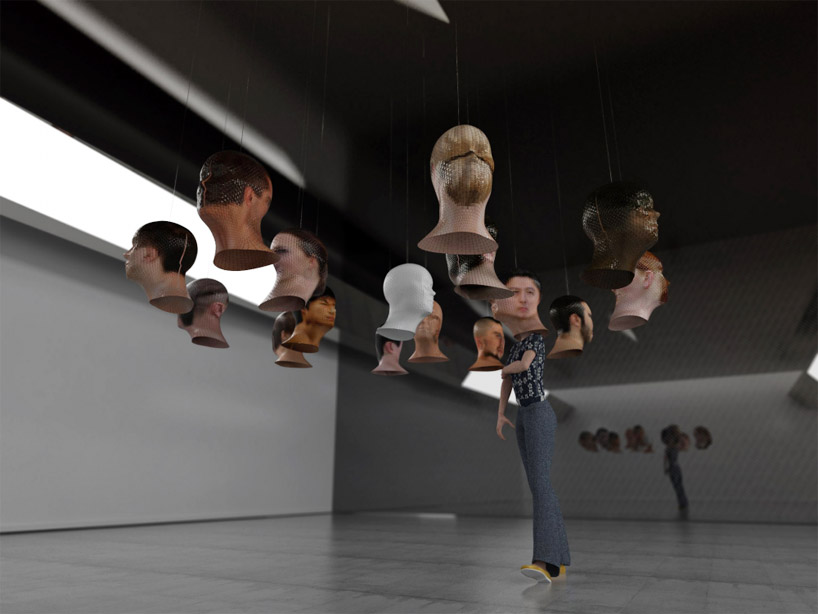 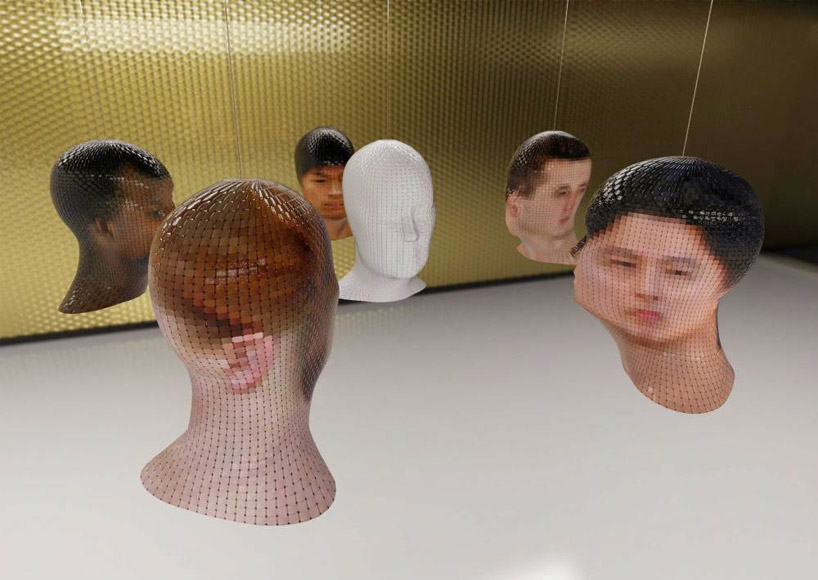