dutch artist florentijn hofman has sent designboom images of his latest large-scale installation entitled ‘slow slugs’- created for the accroche coeurs festival in angers, france. the two monolithic animals are fabricated from the knitting together of 40,000 colored plastic bags — each artwork measuring at 18 x 7.5 x 5 meters in size. the theme of the festival for this year was ‘north’ — the distinctive sloping of the quiet french town then became the key impetus for the concept, with the route on which the critters are located directed toward the city’s commercial centre. 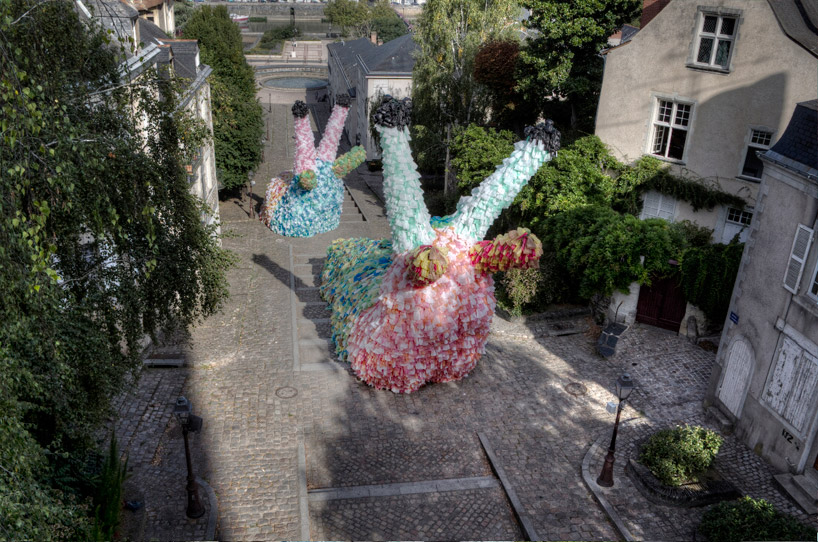 the two monolithic creatures are fabricated from the knitting together of 40,000 colored plastic bagsimage © thierry bonnet

the work stood for a total of eight days, with an immense amount of time and planning having gone into its construction. after two weeks of sketching and model making, the massive metal frame was bent and formed in the hofman’s studio in rotterdam. the remainder of the production was completed in france with the skeleton welded on site as well as the bags fastened to the frame. 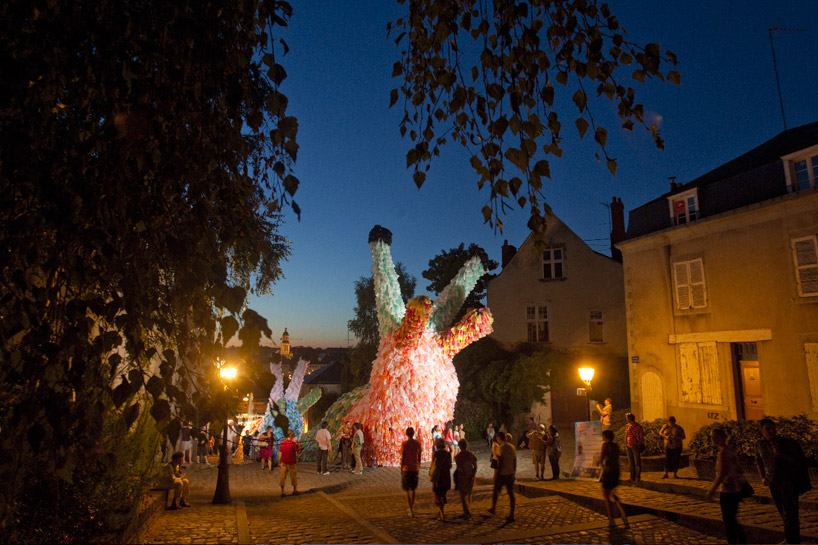 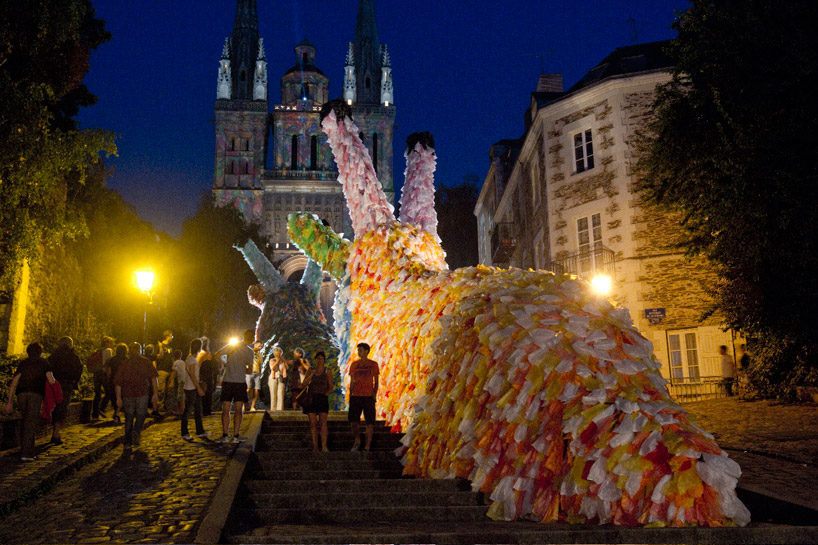 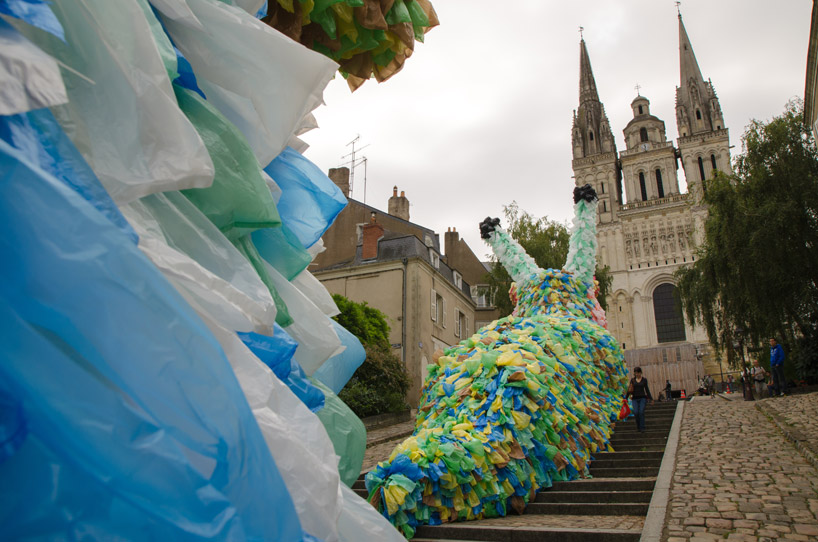 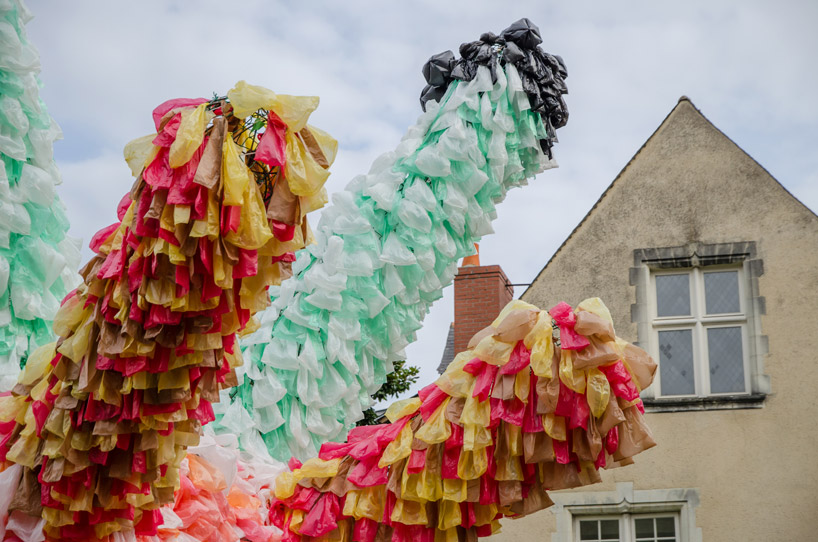 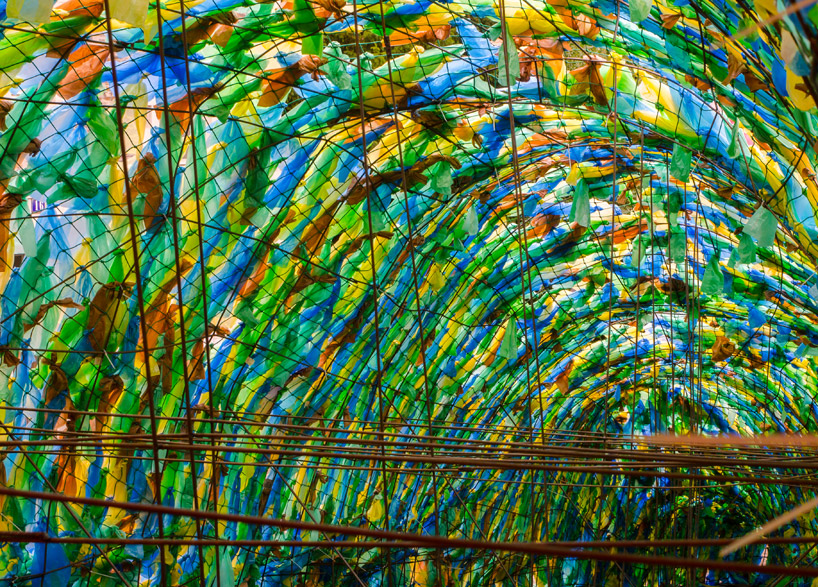 image of the interior of the structure image © nicolas courtade 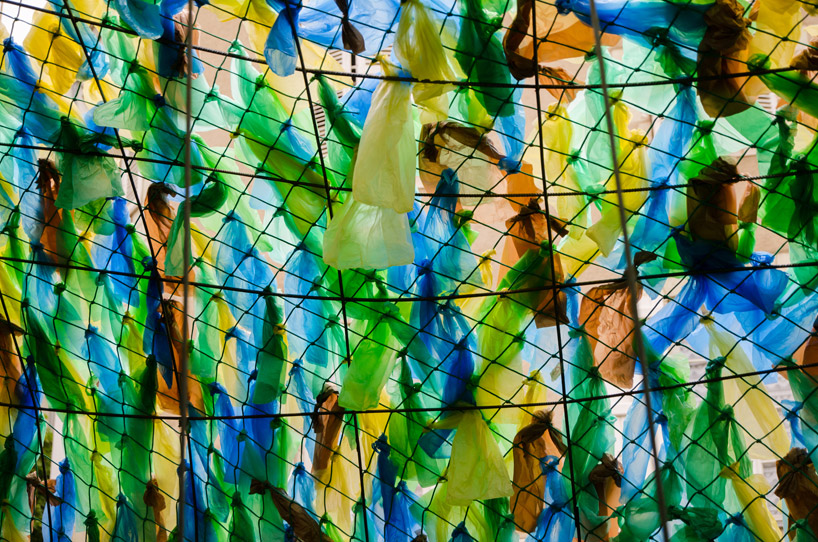 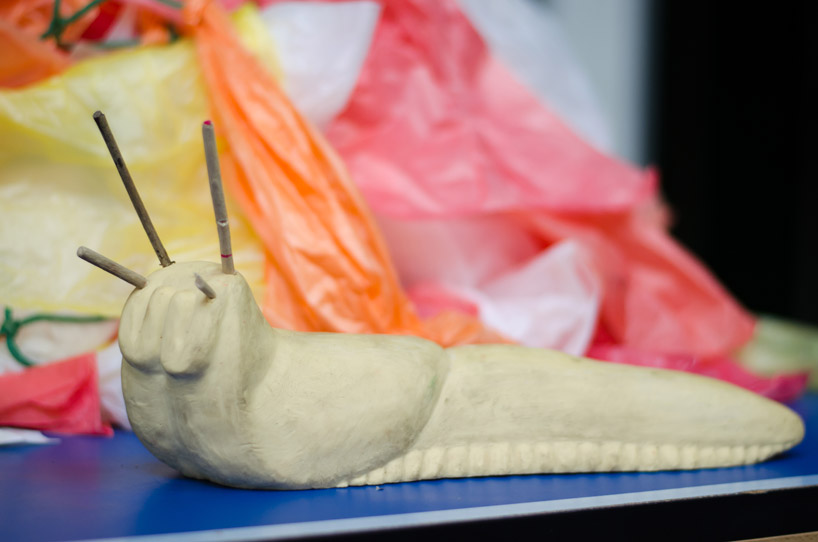 a model of the artwork 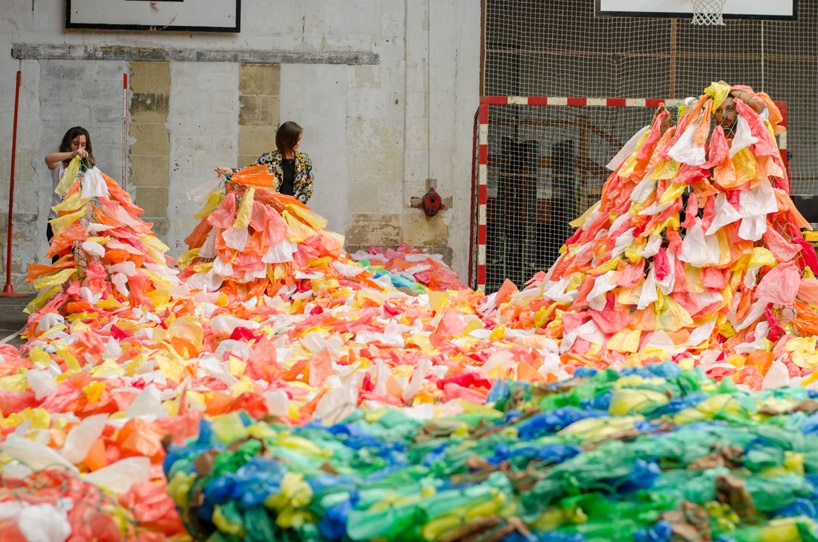 preparing the ‘skin’ of the installation 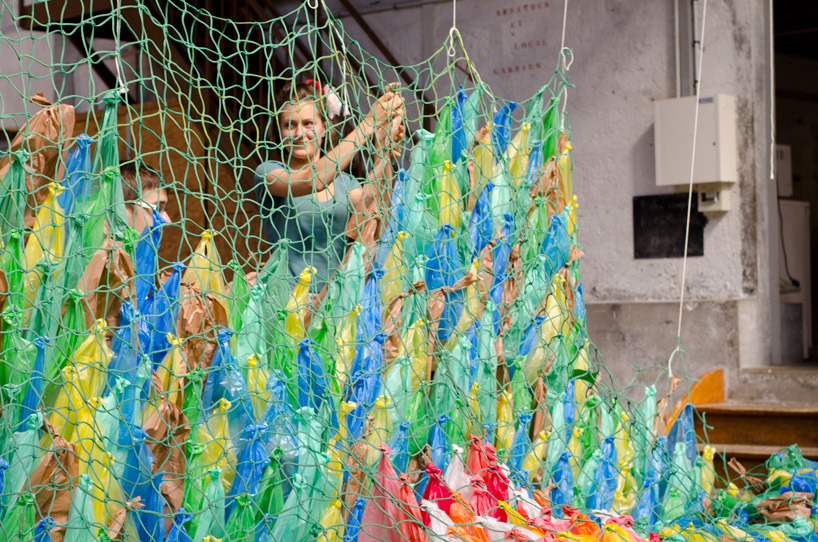 the plastic bags were fastened onto netting 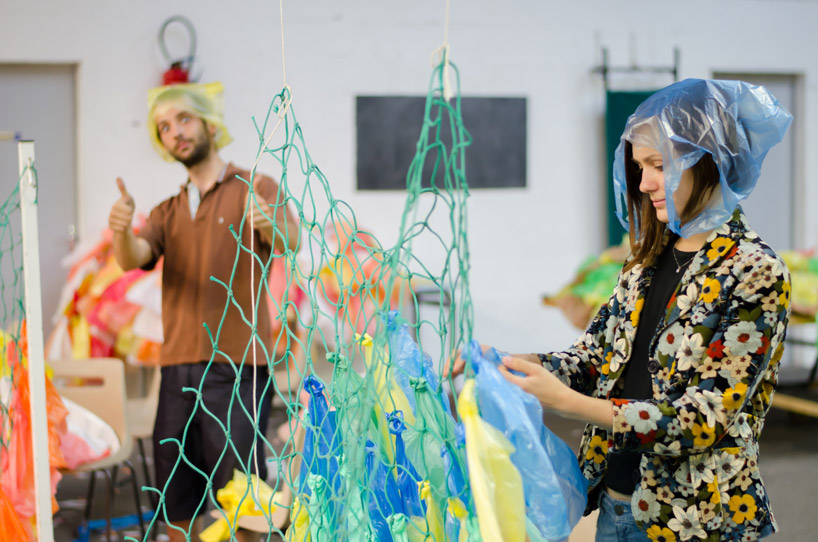 the team at work 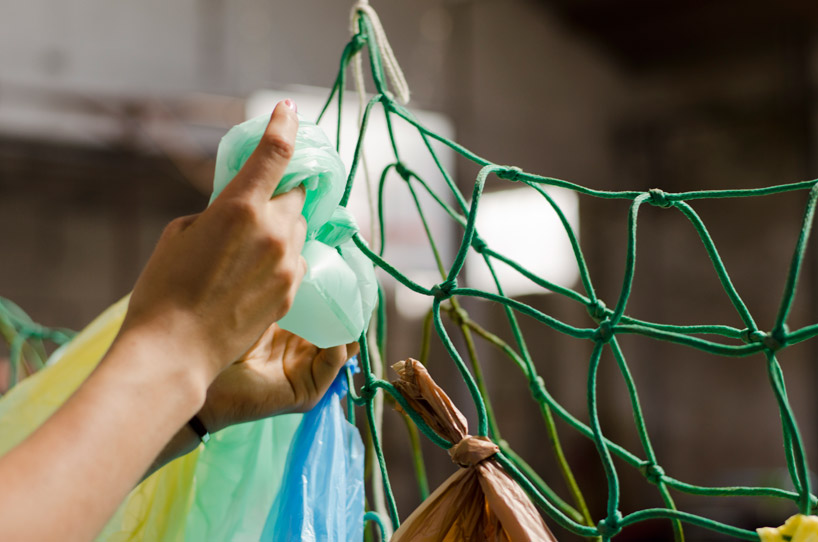 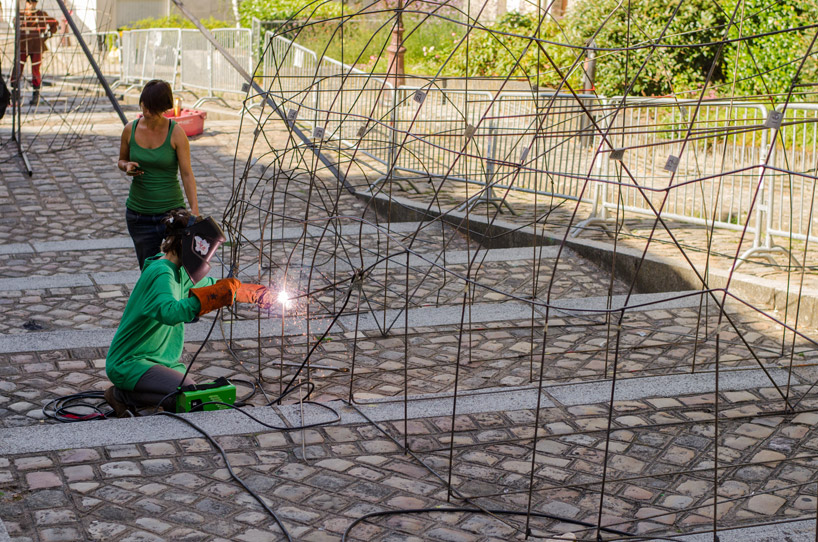 welding the frame on site in france 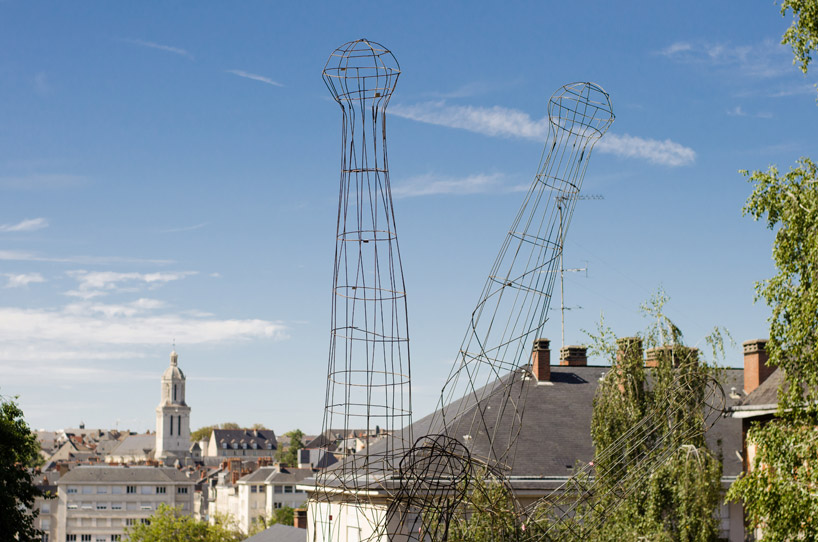 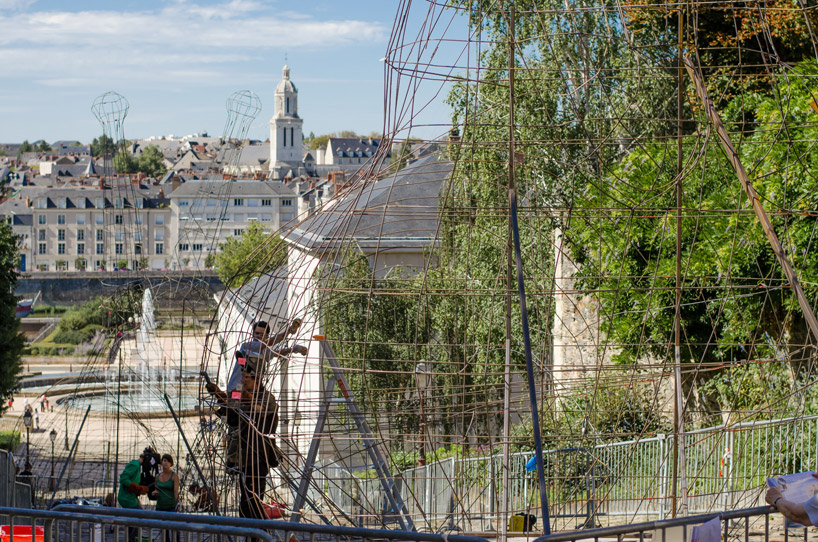 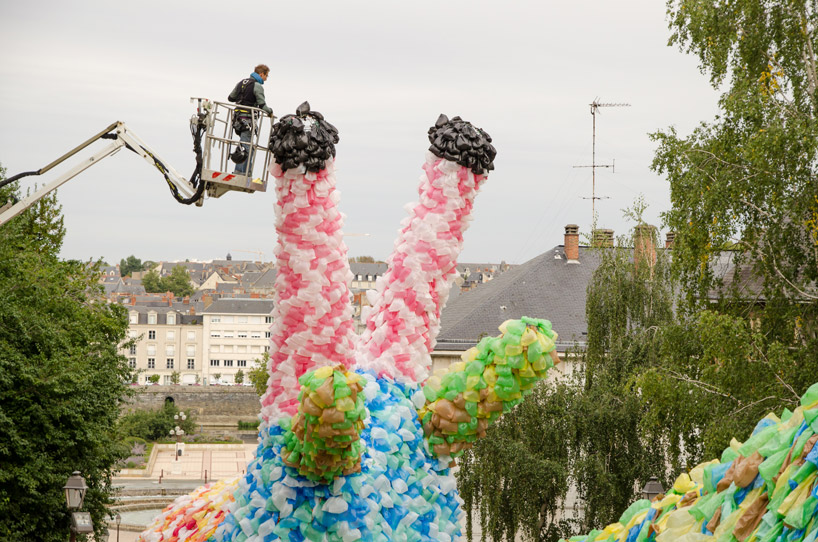