‘london pictures’ by london-based artists gilbert + george, in its entirety, is a monumental body of work comprised of 292 pictures overlaid with contemporary newspaper headlines. the darkened images, decorated with block letter text, the consistent buzz word highlighted in red, portray the sadness and senselessness of routine violence. the series explains the reality of an ultra-modern society with the language through the recognized voice of this society’s media. the result is an easily readable representation of the more absurd and violent aspects of every-day life in a modern urban society. 19 images from ‘london pictures’ are on display at ARNDT berlin. 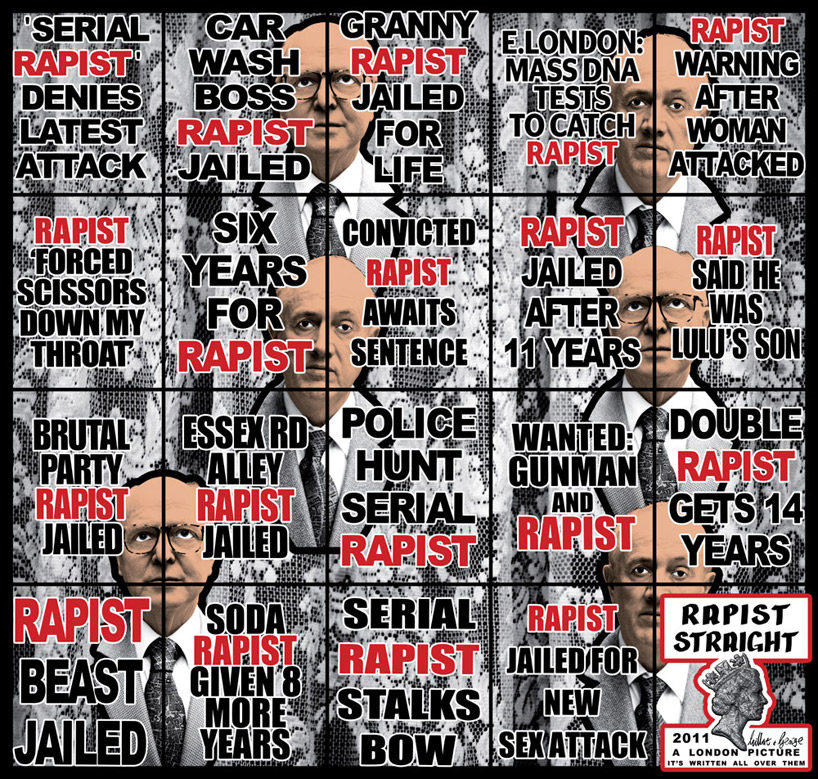 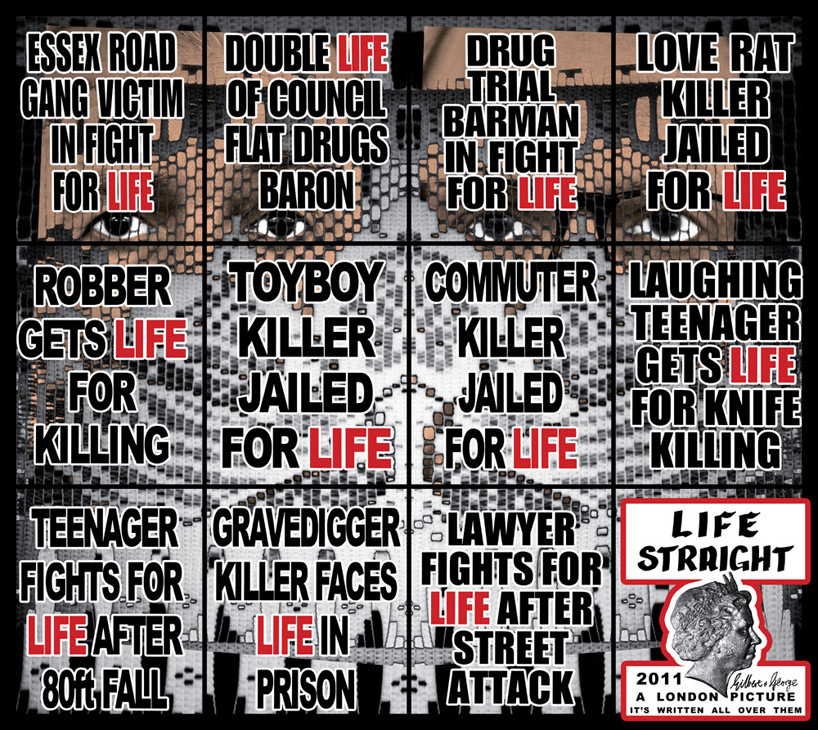 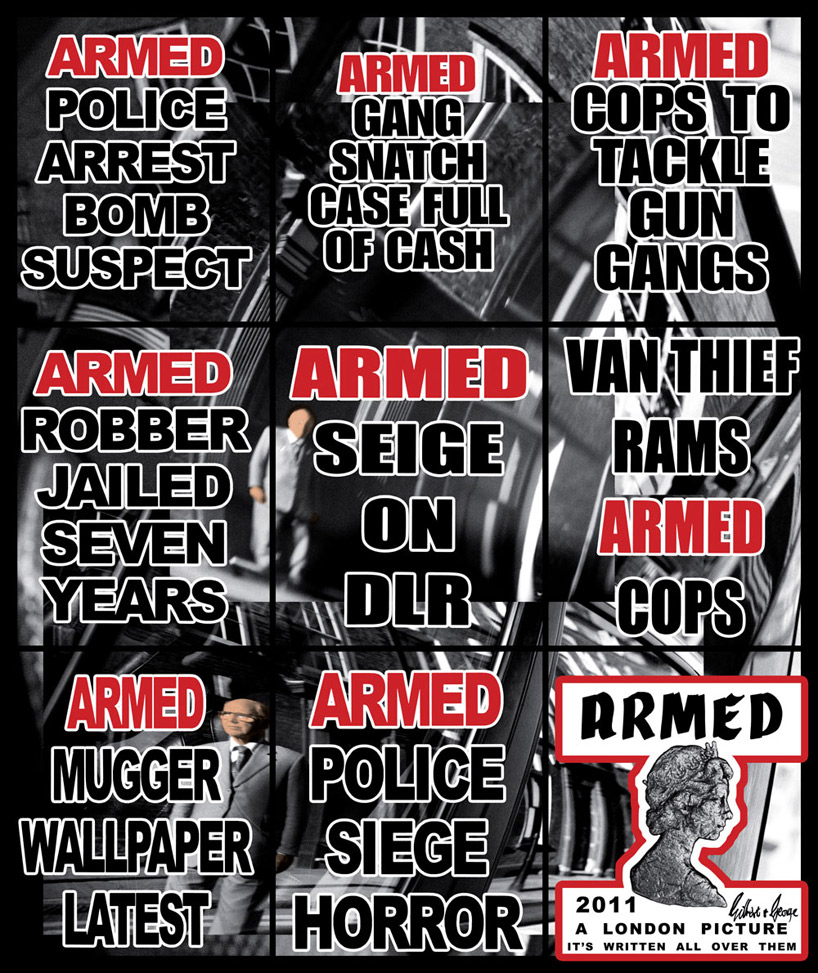 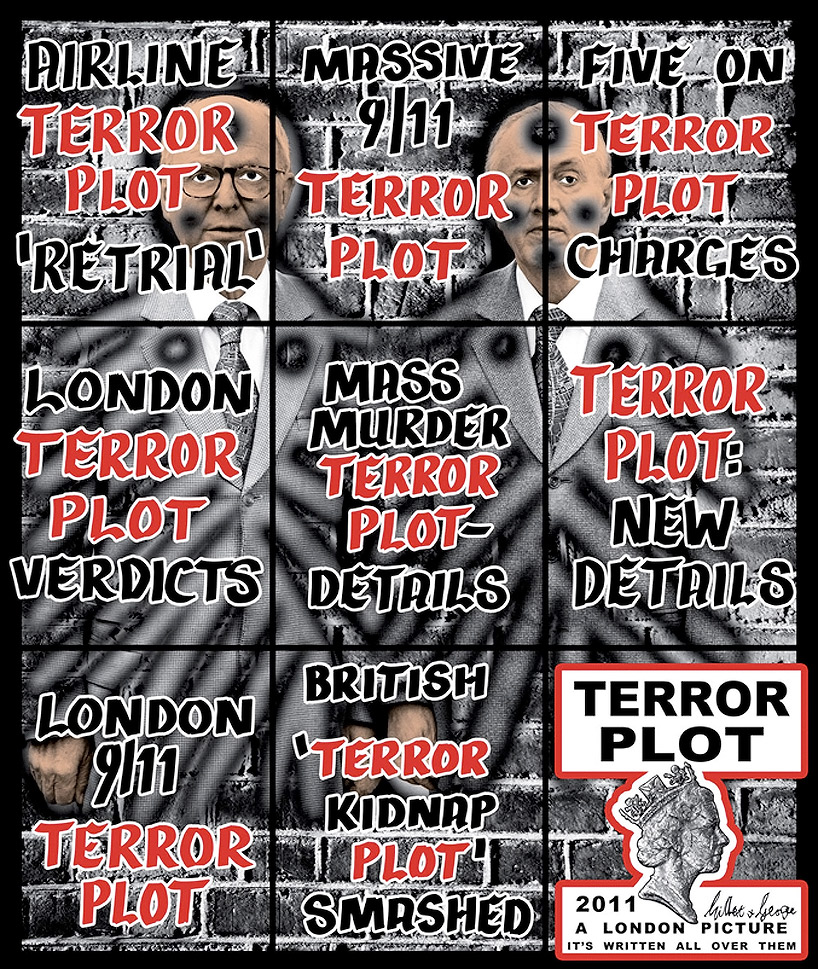 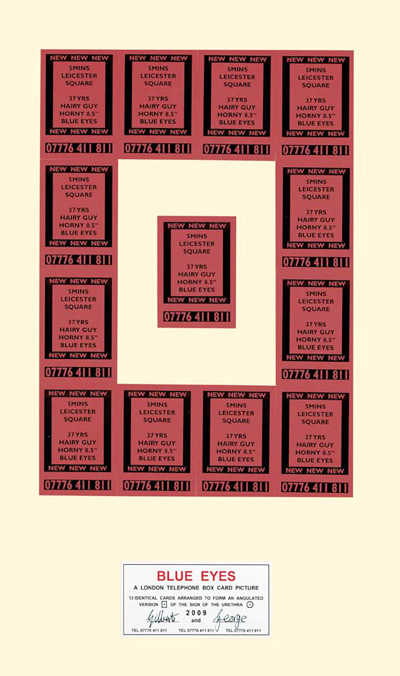 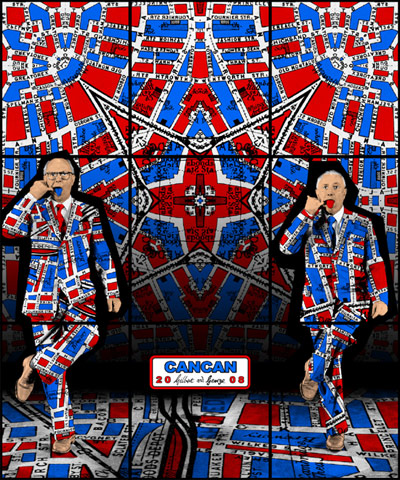