corsican artist gilles cenazandotti does more than visualize what human excess is doing to our planet. to attract attention to animal welfare, cenazandotti uses garbage that he has found washed up on the shores of his homeland to create semi-robotic sculptures of engangered animals such as the baboon and the polar bear. his choice of medium lays reference to the fact that excessive human waste is to blame for the near-extinction of these species. 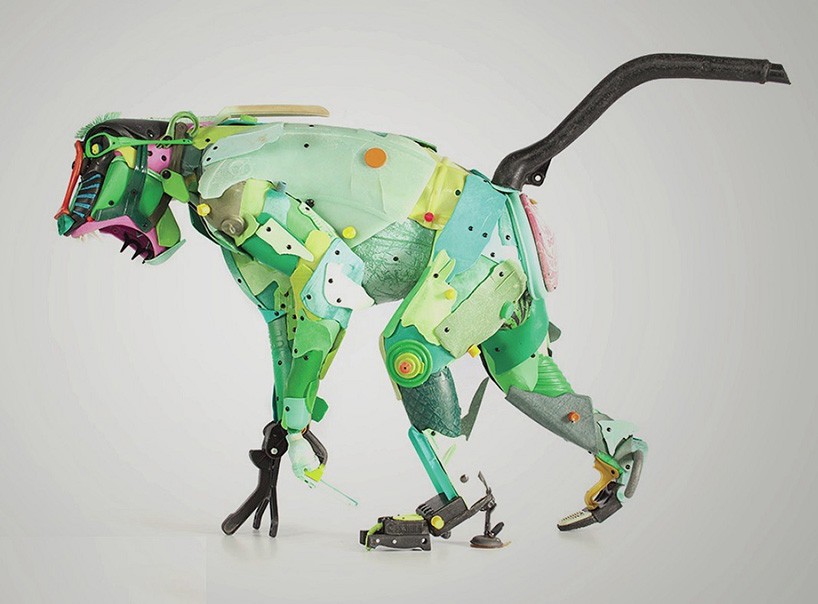 among cenazandotti’s found objects are plastic bottles, combs and children’s toys. his materials are entirely plastic, rejected from the ocean and unadulterated from the state in which they have been found. the artist plays on irony, creating the beautiful animals from by-products of petroleum—a substance that is largely to blame for destroying their natural habitats and surrounding environments. his work highlights man’s forcing of animals to adapt to new, different habitats, and at the same time points towards a limit, when the sea can no longer absorb human waste. 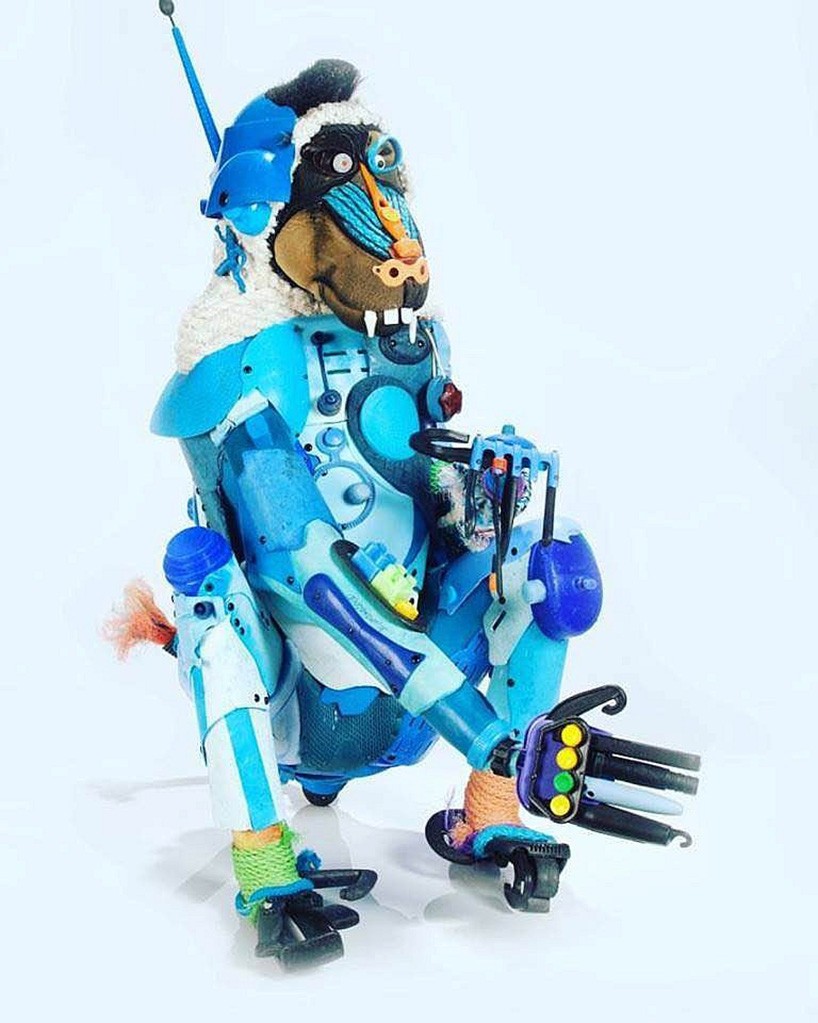 through his sculptures, the corsican artist attempts to show ‘a technological paroxysm where man tries to imitate nature through artificial recreation.’ his science fiction-like sculptures at once appealing and uncomfortable reinforce the idea that natural creation is far from human representation. 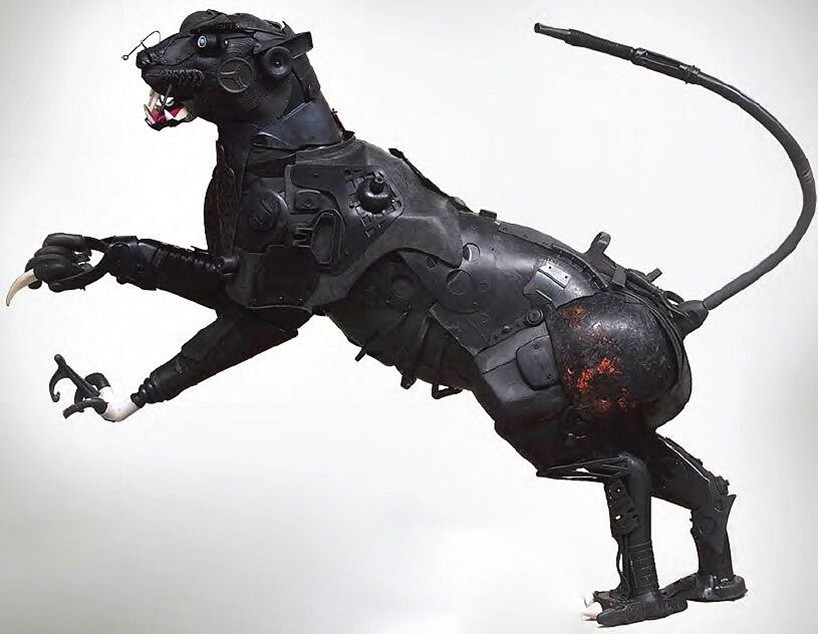 previosly the head of a design company, cenazandotti has made a name for his unique style. the artist has collaborated to create site-specific design commissions with fashion designer jean paul gaultier and realized a series of interior fabrications with interior designer philippe starck. 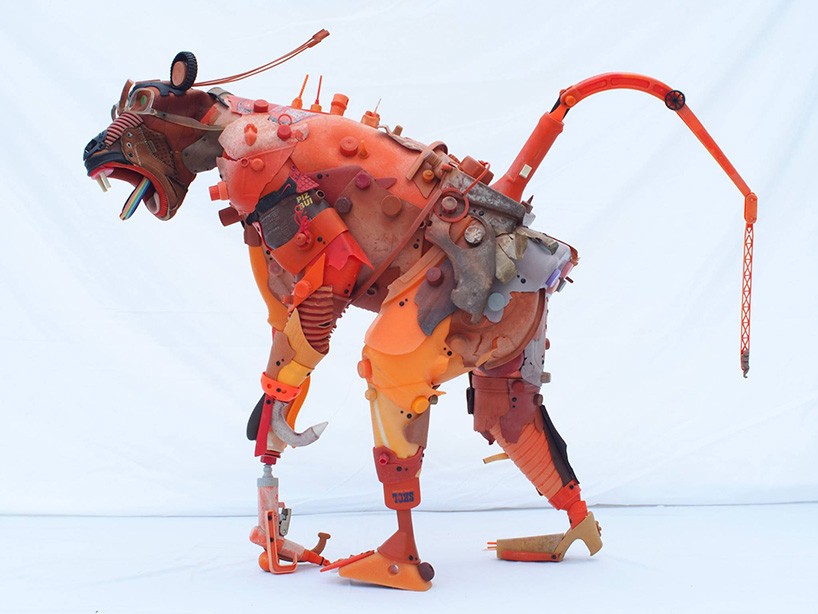 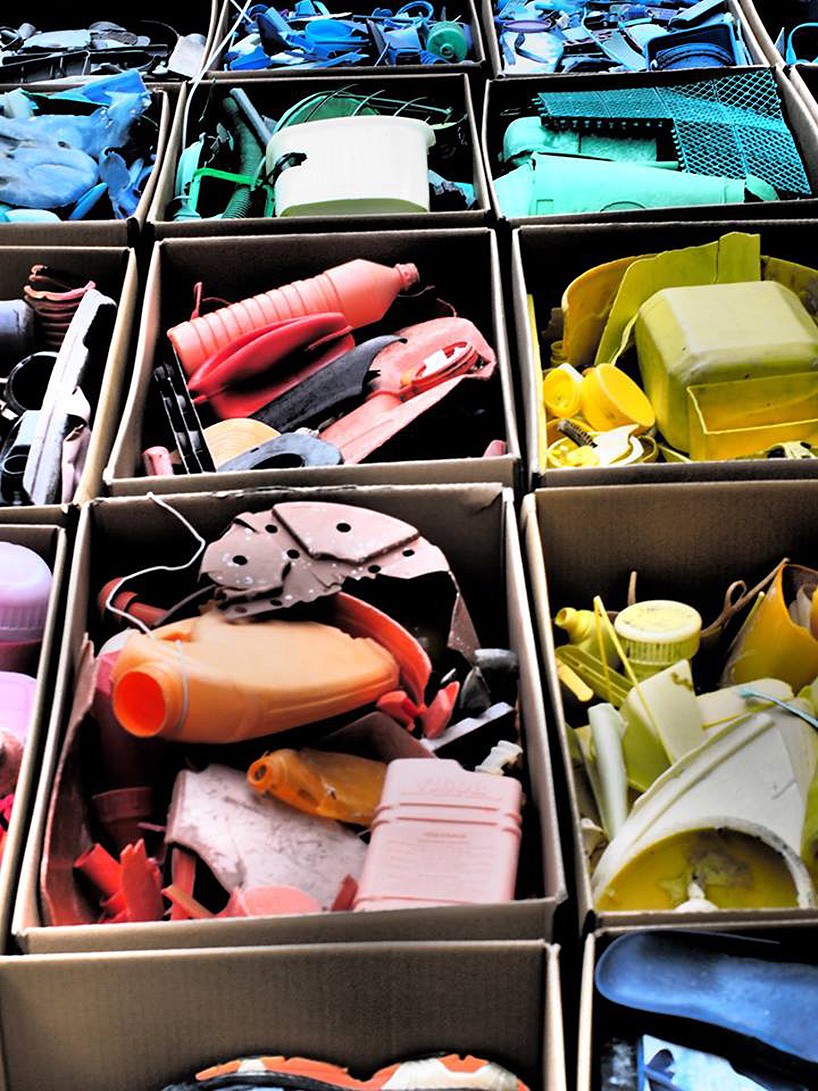 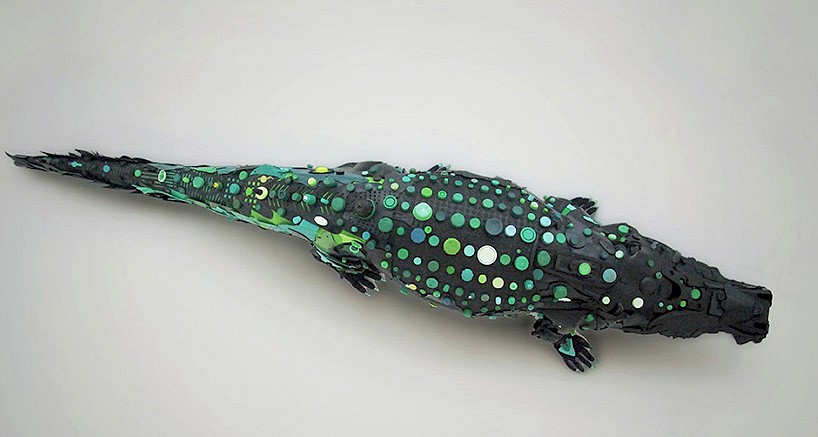 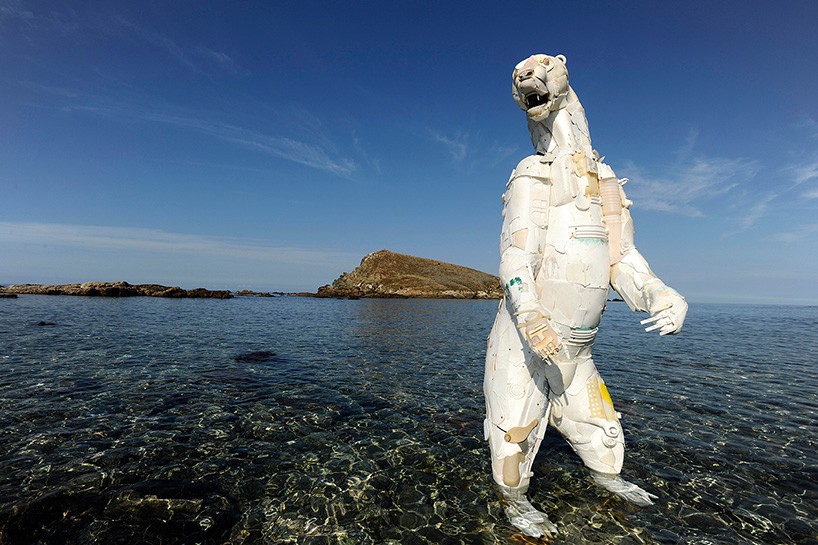