‘colors’ is both the title and theme of giorgio cravero‘s recent photographic series, where fruits and vegetables slowly surrender their saturation to a grey and gloomy fate. the torino-based photographer, recently selected as a winner of the 2016 hasselblad masters awards for the series, has combined physical food with digital tools in the collection’s making. cravero dipped produce into buckets of vibrantly colored paint and photographed the sequence of drips that materialized on their edges. then, he carefully removed segments of saturation in a steady gradient, so that the fruit fades from prismatic to pale.

however behind the pretty pictures, cravero describes a tragic and poetic reflection of man’s arrogance towards nature, and the inevitable demise of humanity that this attitude will soon beget. read the project’s description in the artist’s own words below. 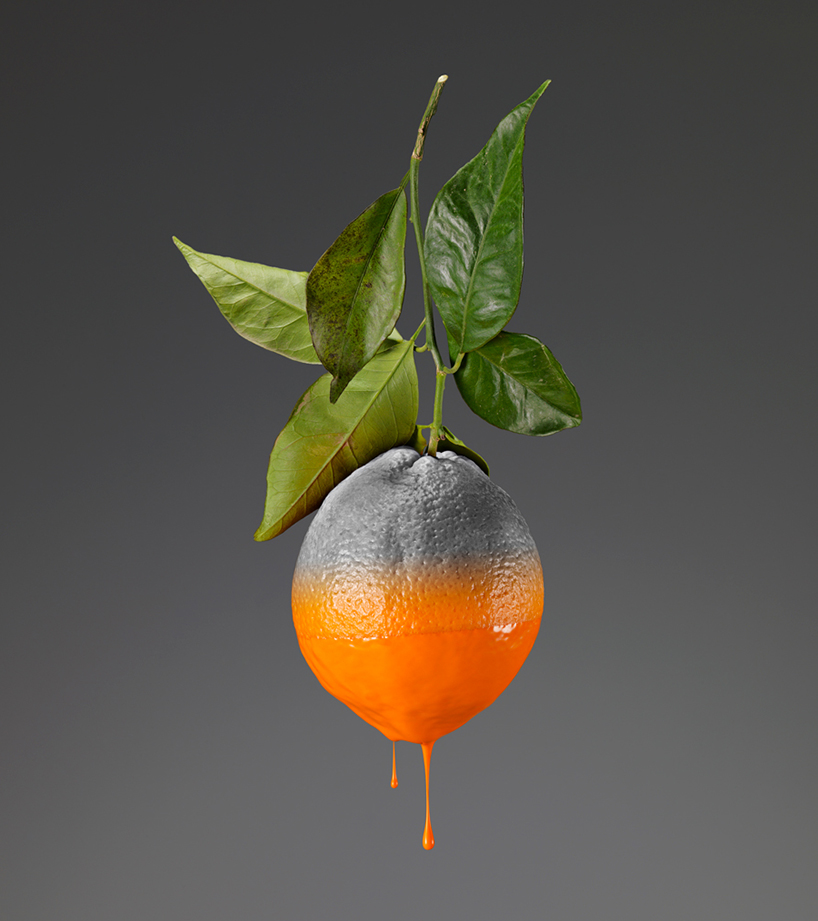 ‘men are poison for the earth. behind this work there’s the story of what we are and of our arrogance when we think that we really count. nature will outlive us: in the fruit and toxic vegetables, where color slides away, there’s the upper part which firmly holds the color of life. do we really think that we can make a difference? do we really think, in the age of technology, that we can lay down mankind’s law to the extent that we dominate the law of nature? nature defeats us in silence, or in any case, it will stay here for longer than us, it will be run-down, but it will still be there.’ 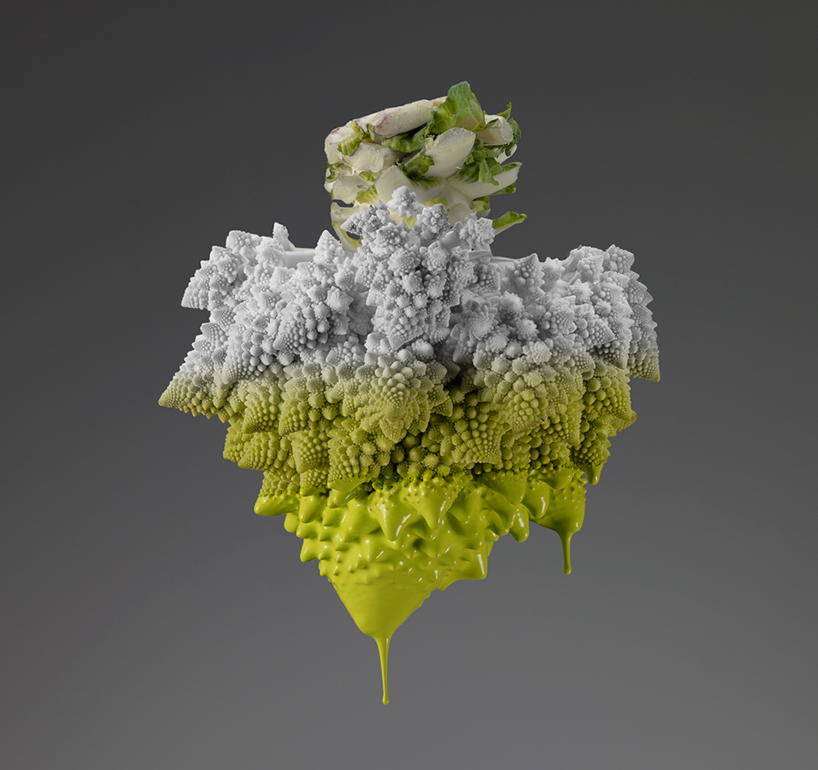 vegetables slowly surrender their saturation to a grey and gloomy fate

‘the blackened chicory, the abandoned carrots are the clear image that – ok – we needed a knife to tear the meat off our preys, therefore we are technical beings for survival, but earth had also imposed on us to be humble, and we -in reply- became arrogant. nobody shall escape the retaliation for that arrogance, this is what the ancient greeks tell us and they are a people of indescribable greatness, if nothing else because -before anyone else- they became aware of mortality and suffering and they wrote the greatest literary production of all the time on the topic. here, in that cabbage which was sadly left to its fate, lies all the tragic meaning of our smallness and of our short memory, because we should have stayed there, close and loyal to the earth, we should have stayed humble.’ 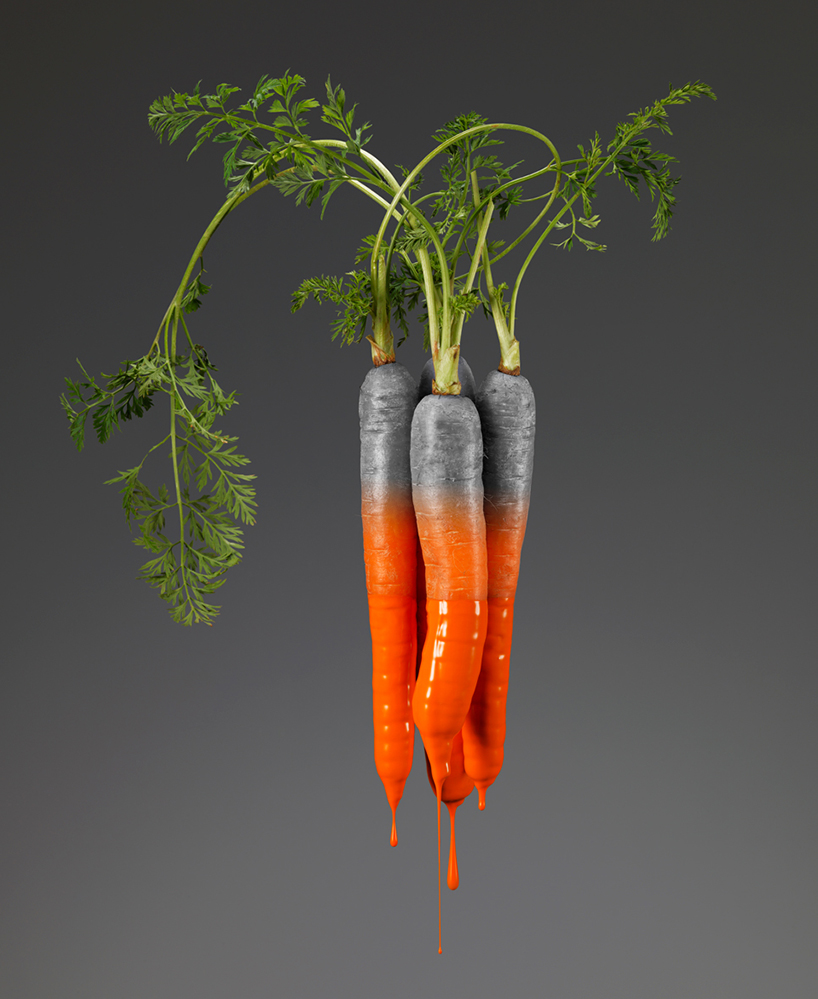 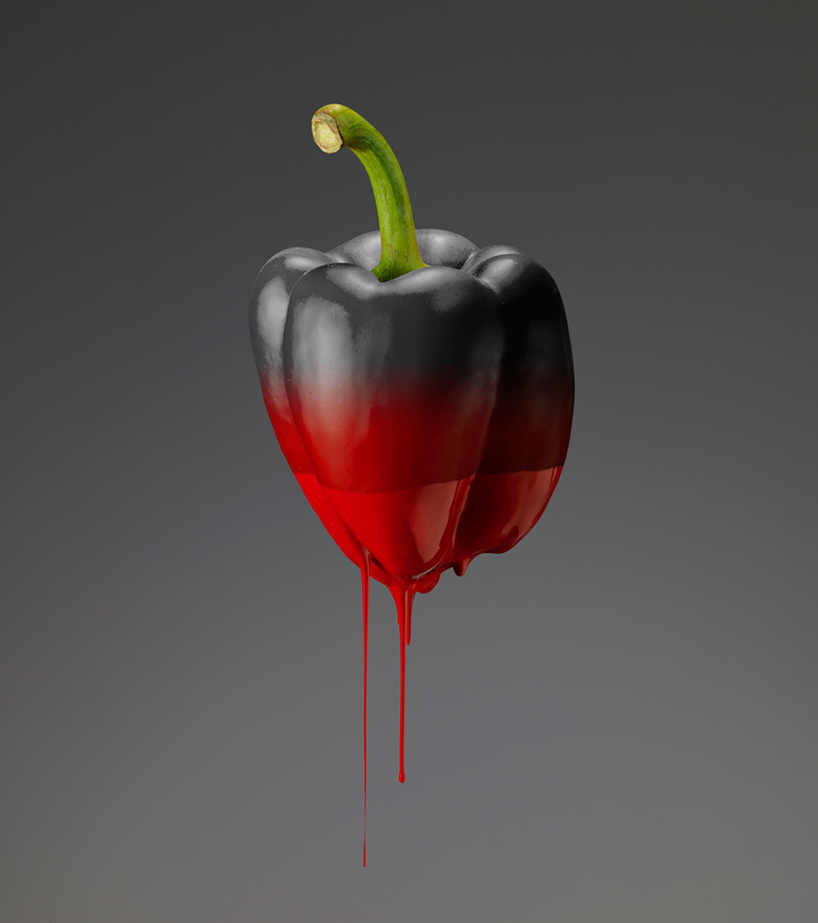 the sequence of drips was photographically captured 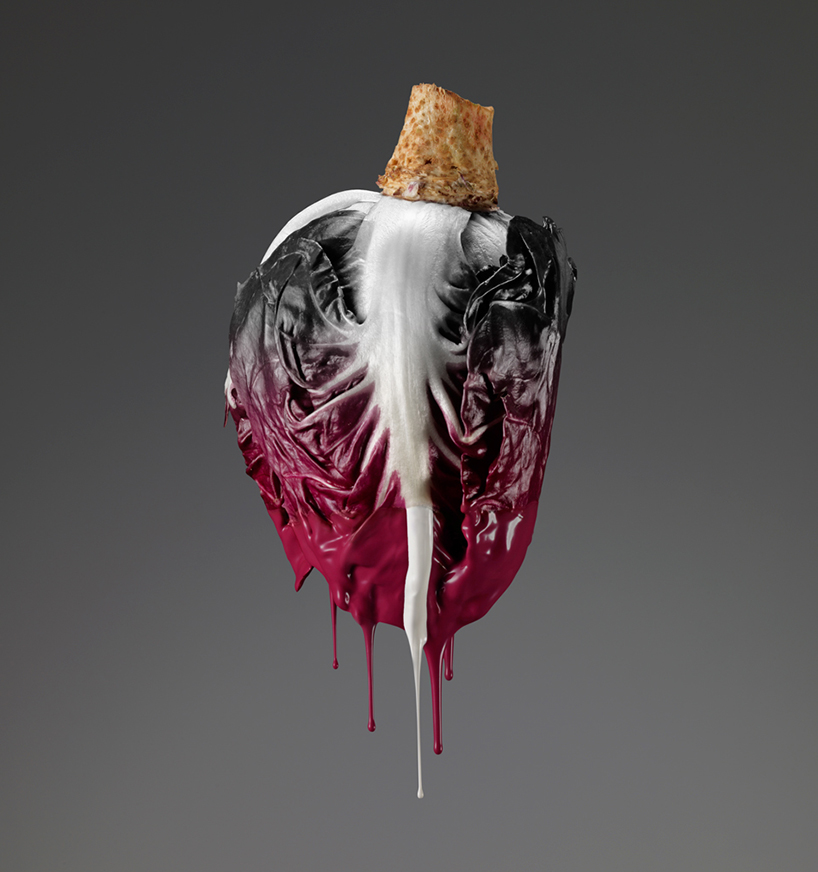 fruit fades from prismatic to pale