it was a chance encounter that led american university in dubai professor michael rice to imagine the concept of his class’s latest project. ‘I was walking past a coffee shop and saw the little colored pots and realized they were pixels. I went in and asked if they recycled them, which they did, and they were happy to donate some.’ said rice. the little colored pots he’s referring to are small, multi-colored coffee pods. after choosing an iconic painting to work with, johannes vermeer’s ‘girl with a pearl earring’, he prepared the image in photoshop. 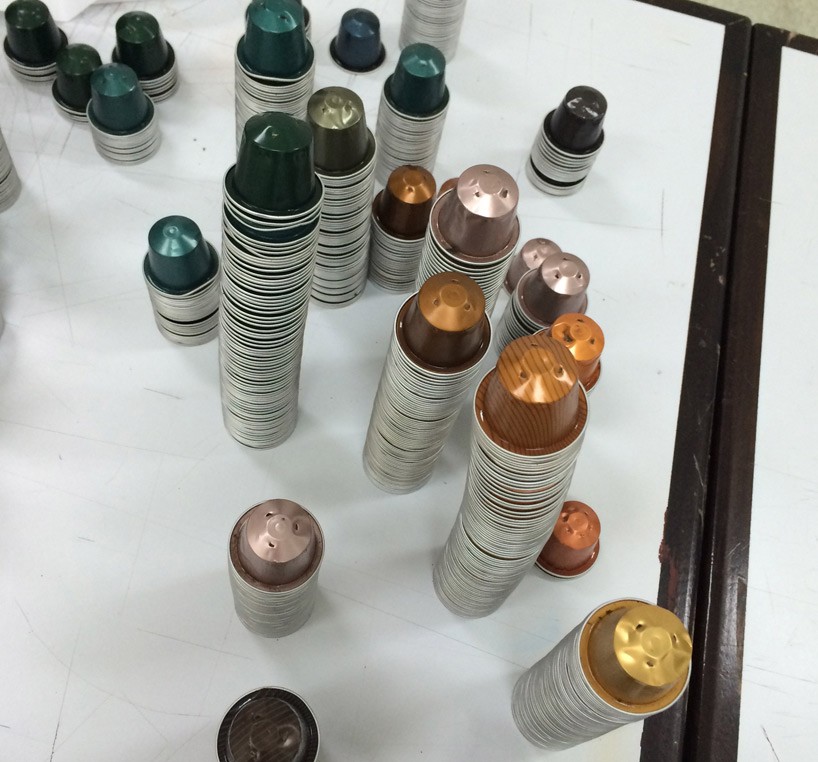 after pixellating the image to basic color units, it was split into four equal quarters. the sections were then divided amongst four groups in his class along with heaping piles of the recycled coffee pods. hundreds of units later, and the image was compiled into the reinterpretation of the 17th-century classic. ‘girl with a coffee cup earring’ is currently being displayed next to the rotunda gallery at the american university in dubai. 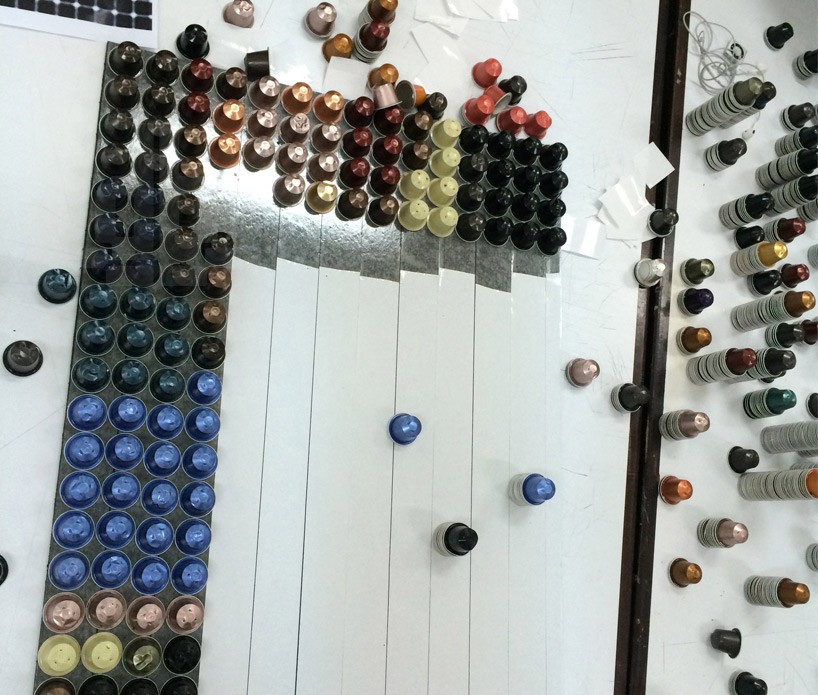 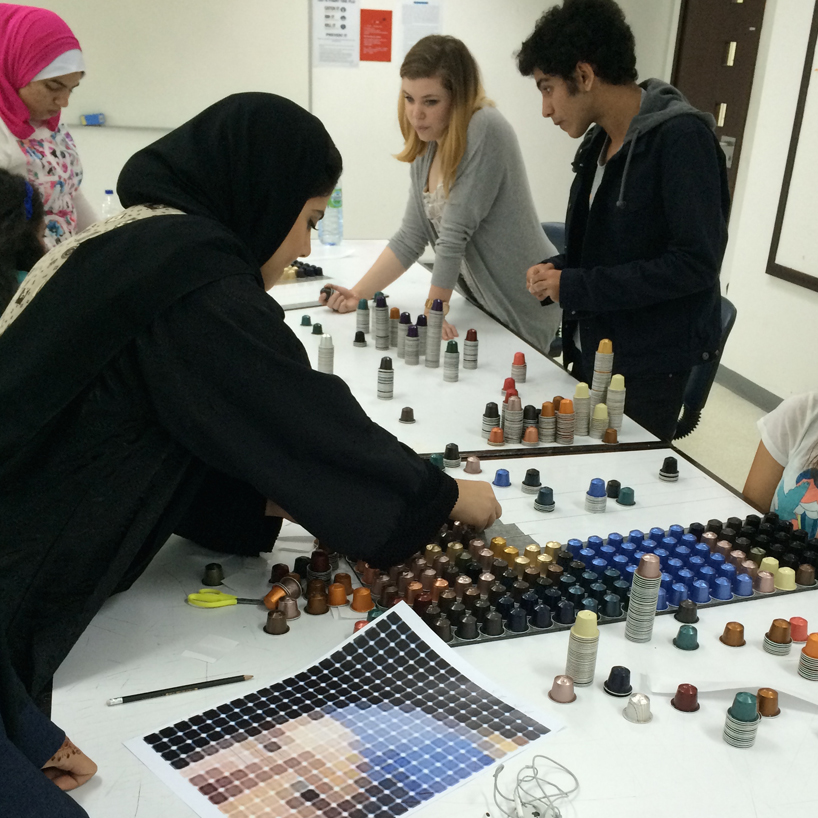 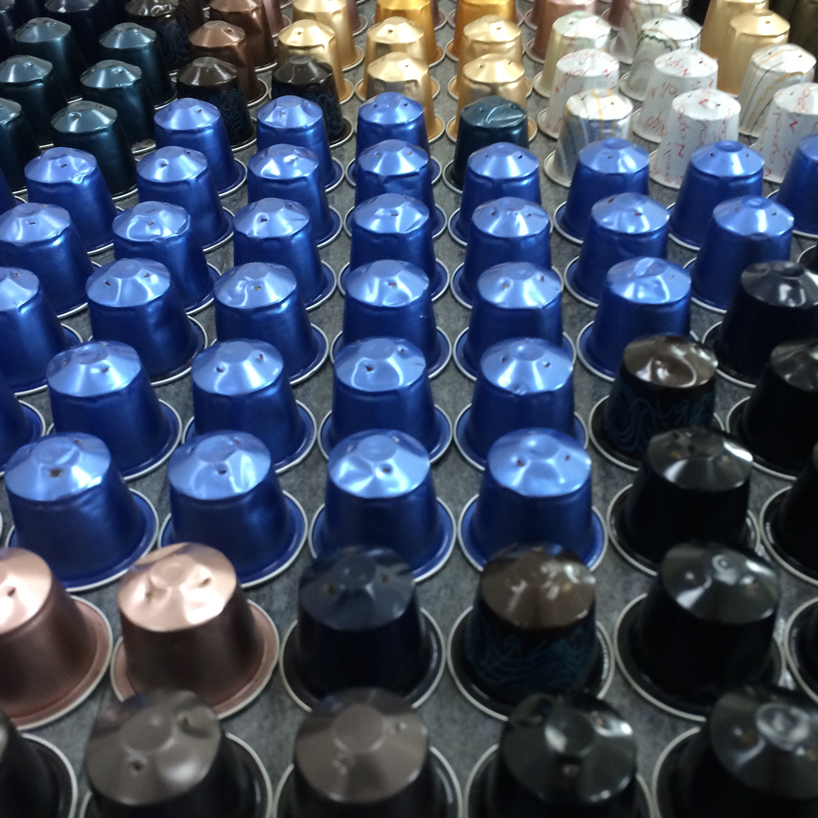 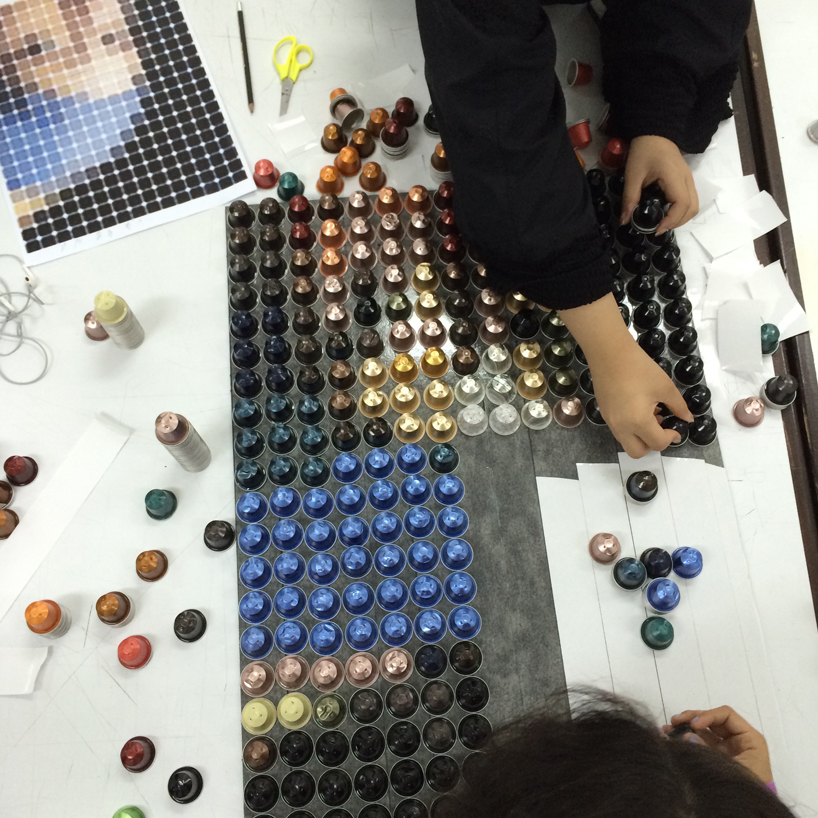 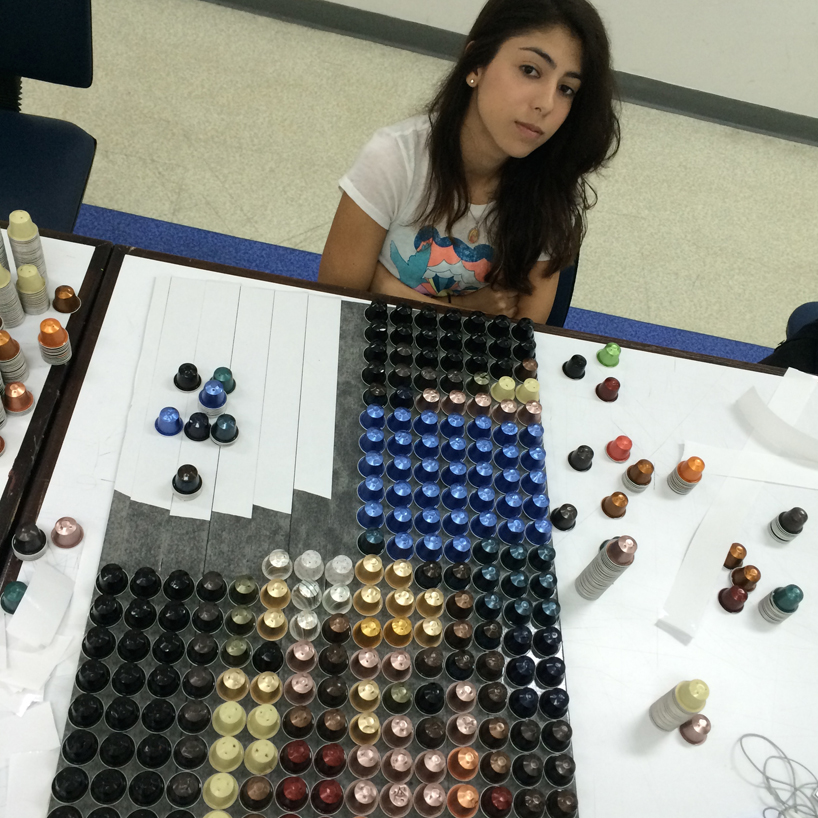 all pods were up-cycled from a local coffee shop