philip johnson’s glass house, built between 1949 and 1995, was the renowned architect’s personal home and lifetime project located in new canaan, connecticut. the structure has become an icon of modern architecture. johnson’s design and construction on the property included a building to house his 20th century sculpture and painting collections.

the glass house has continued to feature the work of contemporary artists on the grounds. this year, the glass house presents robert indiana’s ‘ONE through ZERO’ — a set of ten, 6-foot corten steel sculptures designed in 1980 and executed in 2003. 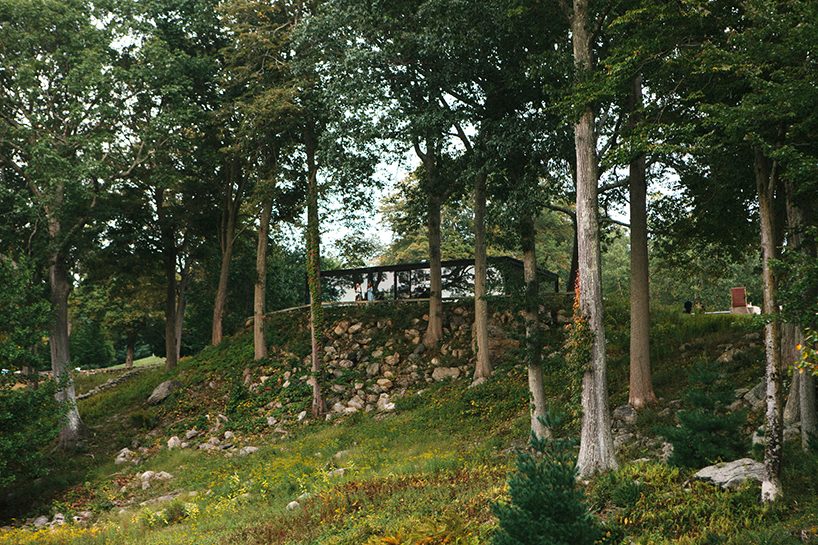 the glass house continues to present new art installation, in a similar fashion to johnson, himself
image by adrianna glaviano

placed on the open southern field of the property, the numbers line the path that leads down to the pond and pavilion below. marking the first time the installation has included all ten numbers in one location, the placement of the artwork within the glass house‘s architectural context was particularly important. parallels can be observed between johnson and indiana’s use of industrial materials, and understanding of form and space. 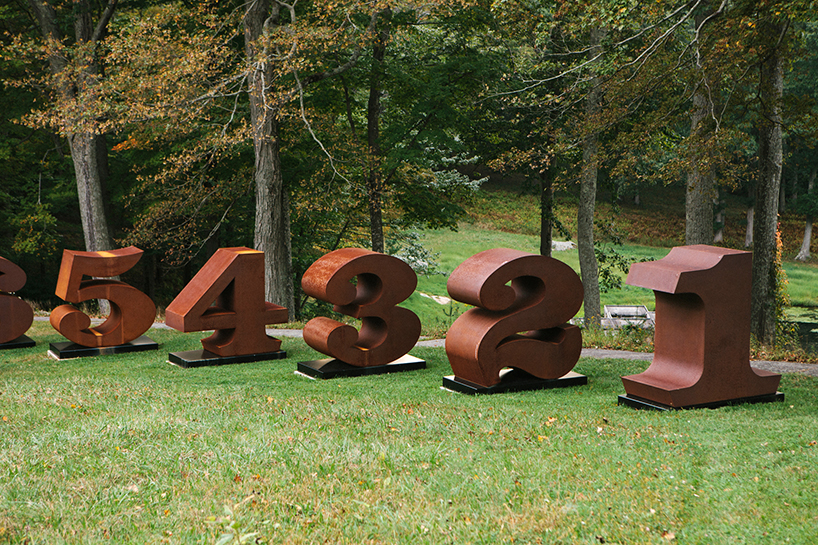 ‘numbers fill my life. they fill my life even more than love. we are immersed in numbers from the moment we are born….’, reflects indiana. ‘numbers have a kind of robustness and…crude vigor which I like.‘ johnson first encountered indiana’s work at MoMA during a 1962 exhibition of ‘LAW,’ which he would later purchase. 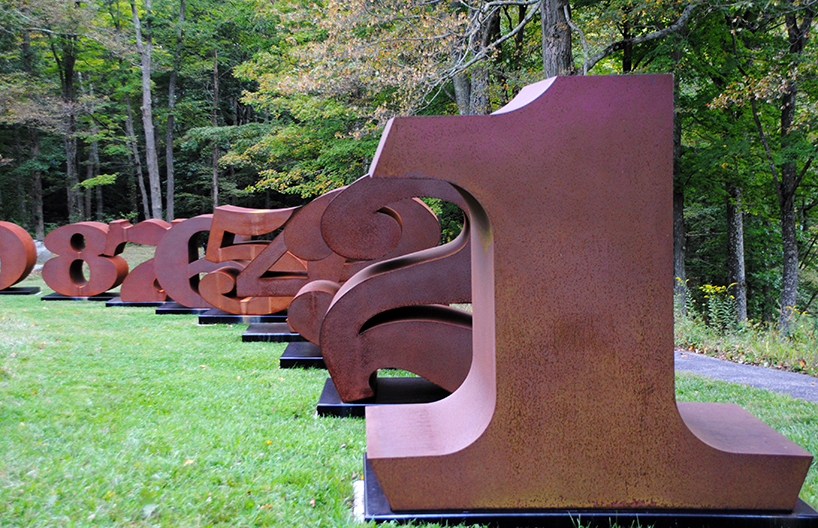 designboom recently attended the opening party for indiana’s sculpture series, curated by melting butter studios. the event featured a food-art installation by artist laila gohar, who interpreted numbers as the natural stages of life. ‘each stage represents the parallels between nature and human life from seed and birth through to fruit, maturity, dirt & death’, notes gohar. 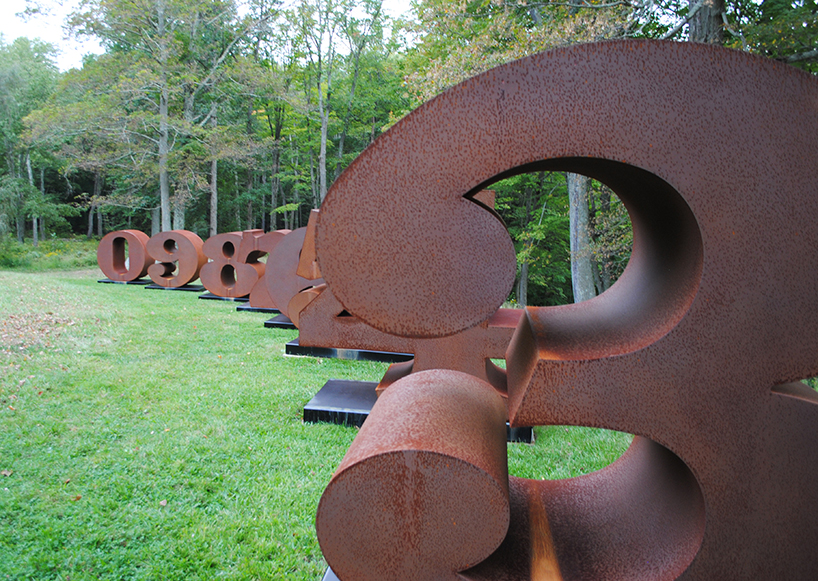 the numbers curve across the grass field in numerical order, but beginning with one and ending with zero
image © designboom

guests were served a variety of delicate food items — each artfully presented as a series of symbolic references towards the human life cycle. a composition of dishes were placed on an outdoor spread, leading towards the promenade with indiana’s sculptures. pulverized chocolate, representing soil and decomposition, was placed in contrast against edible flowers & herbs, representing flower and youth.

‘ONE through ZERO’ will remain on view at the glass house until the end of november, 2017. 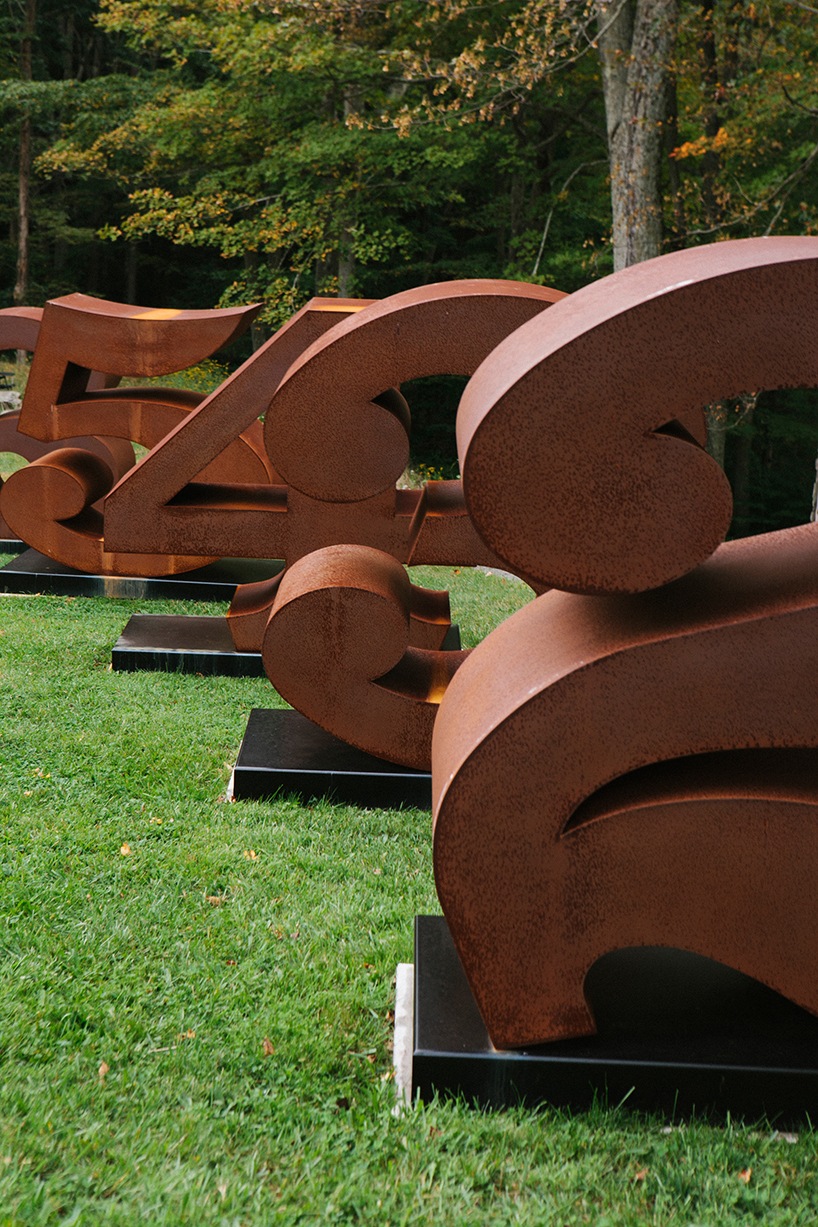 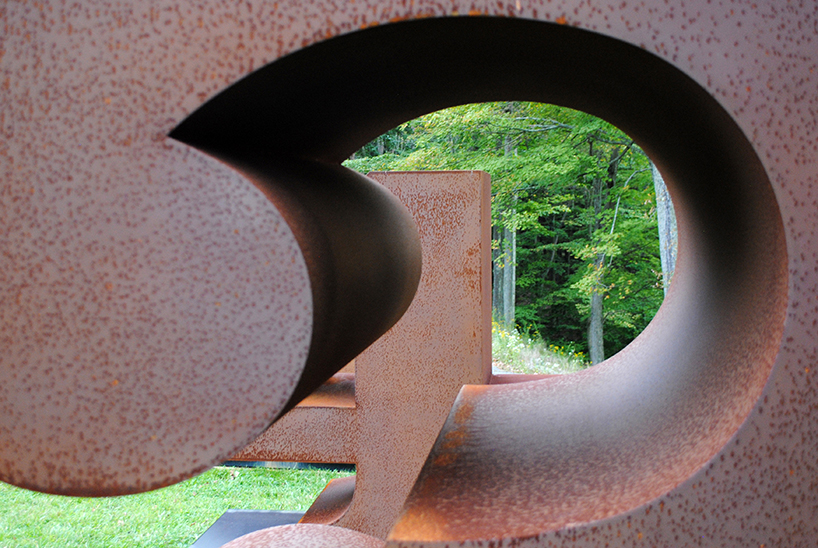 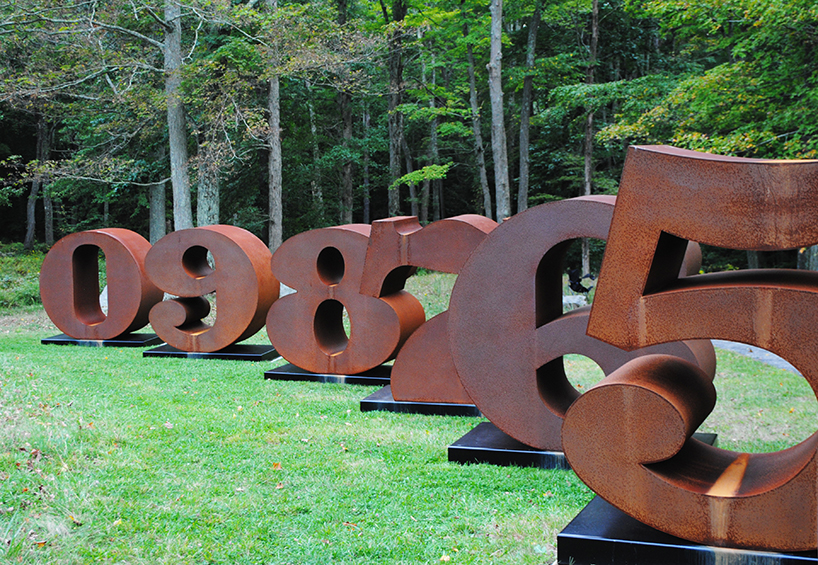 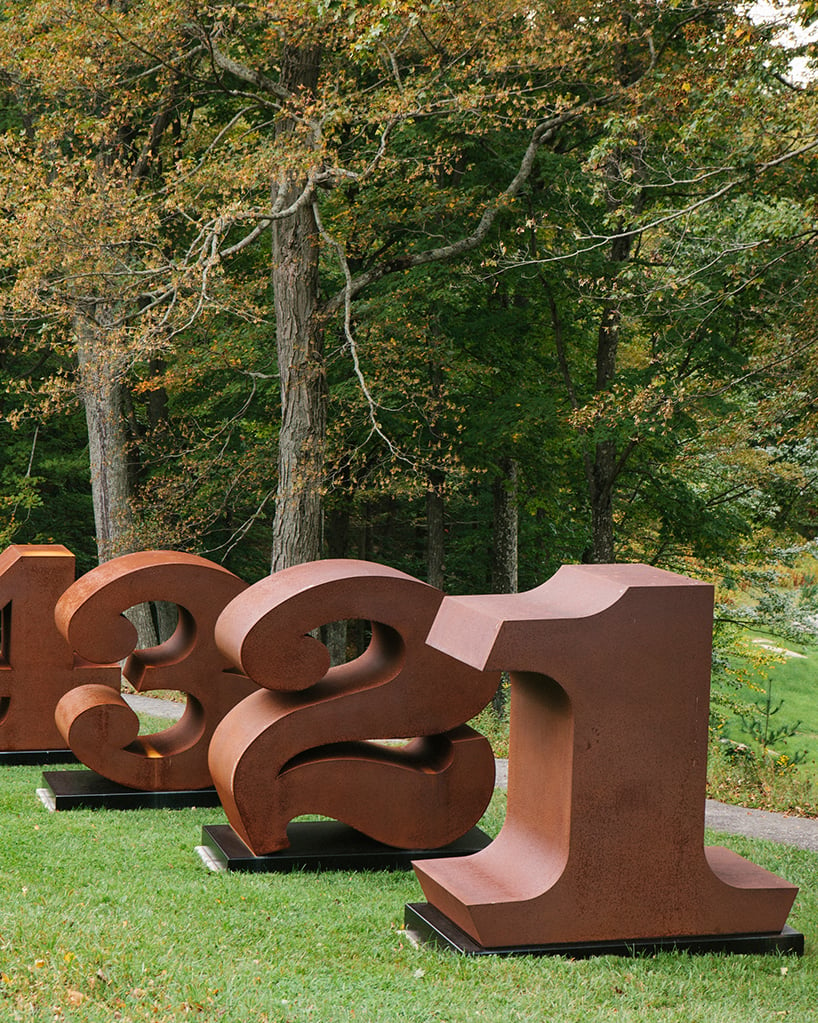 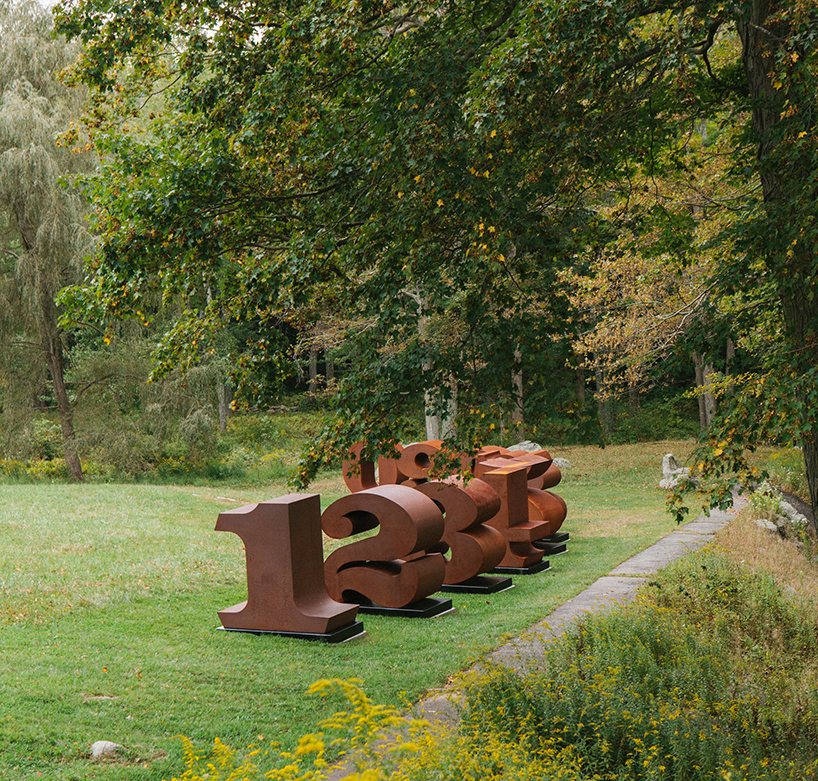 robert indiana owned a print titled, ‘the life and age of man’ which may have influenced this work
image by adrianna glaviano 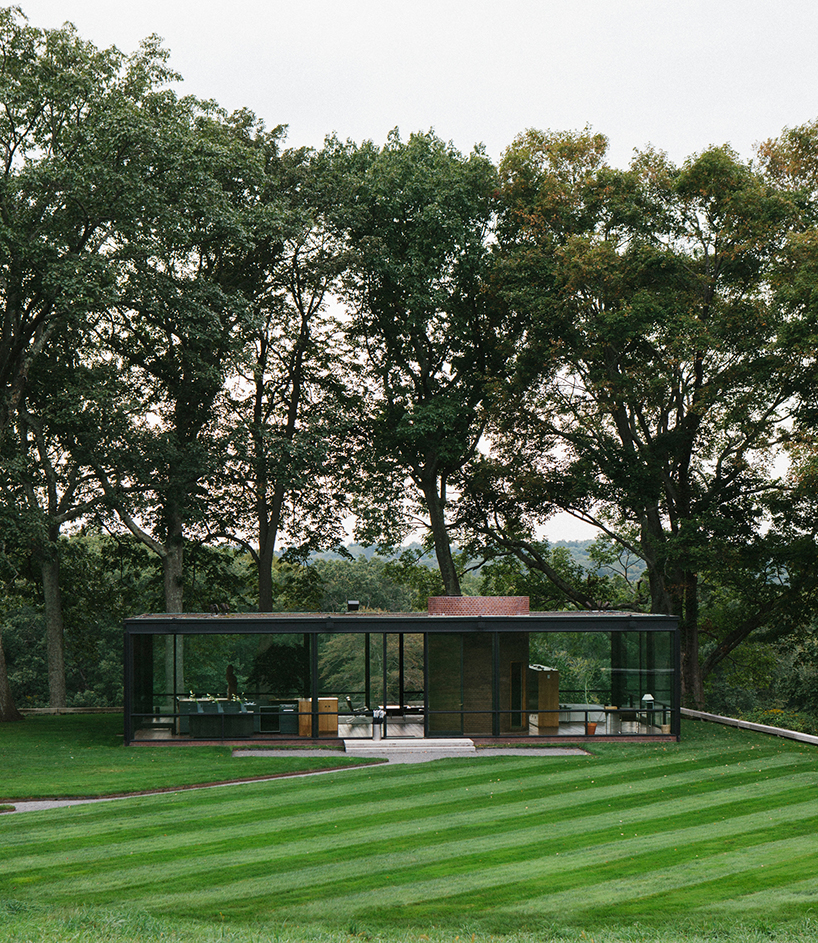 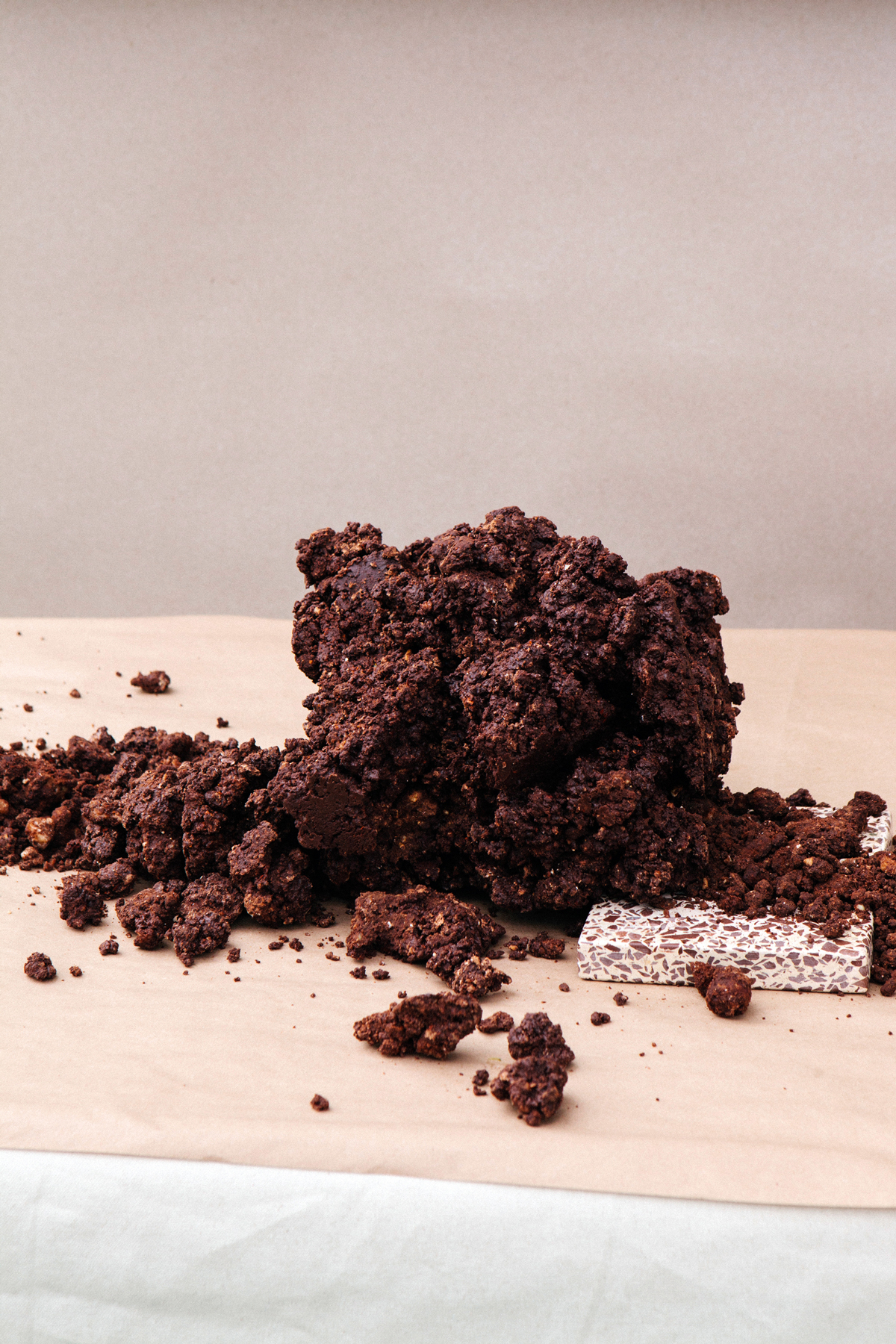 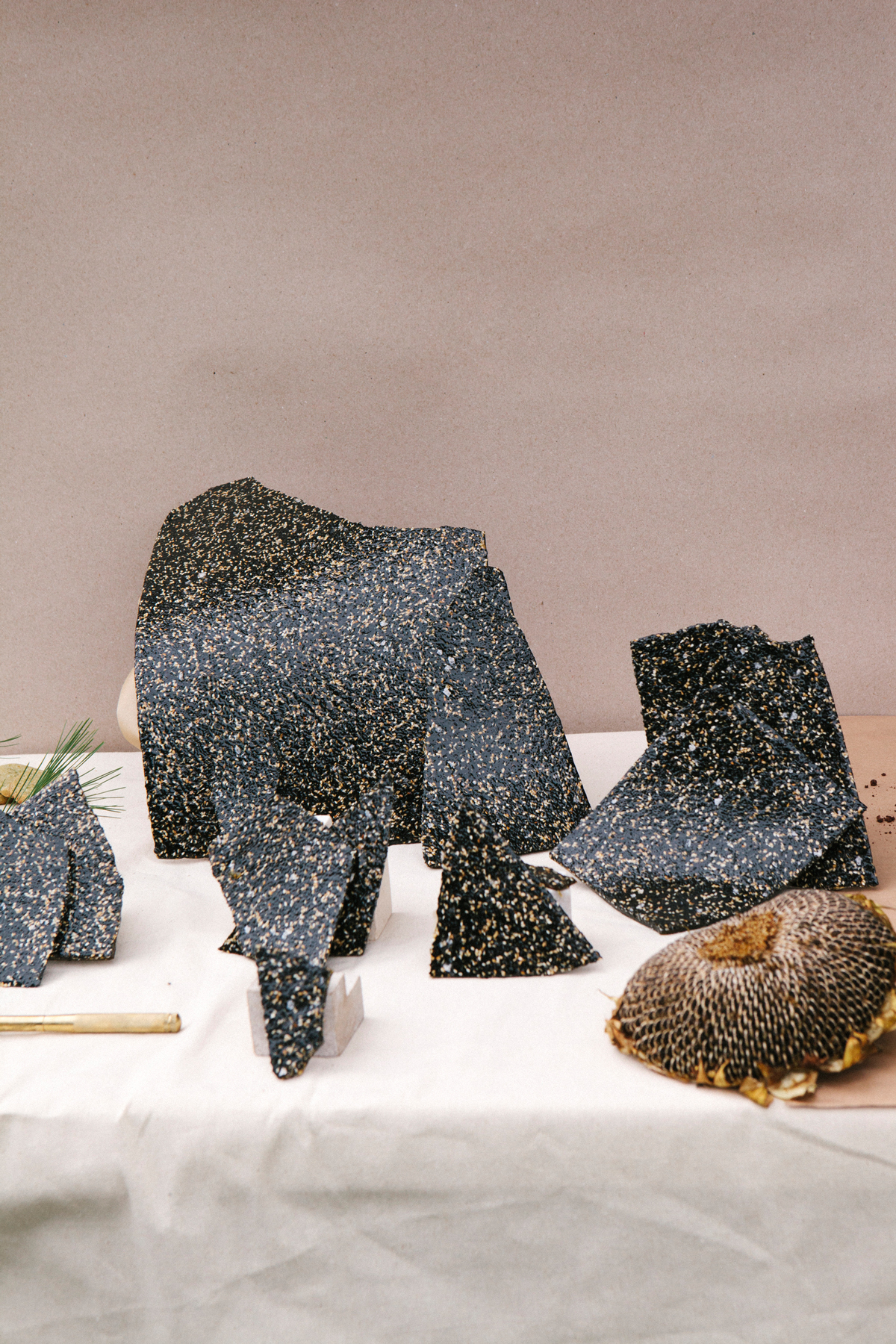 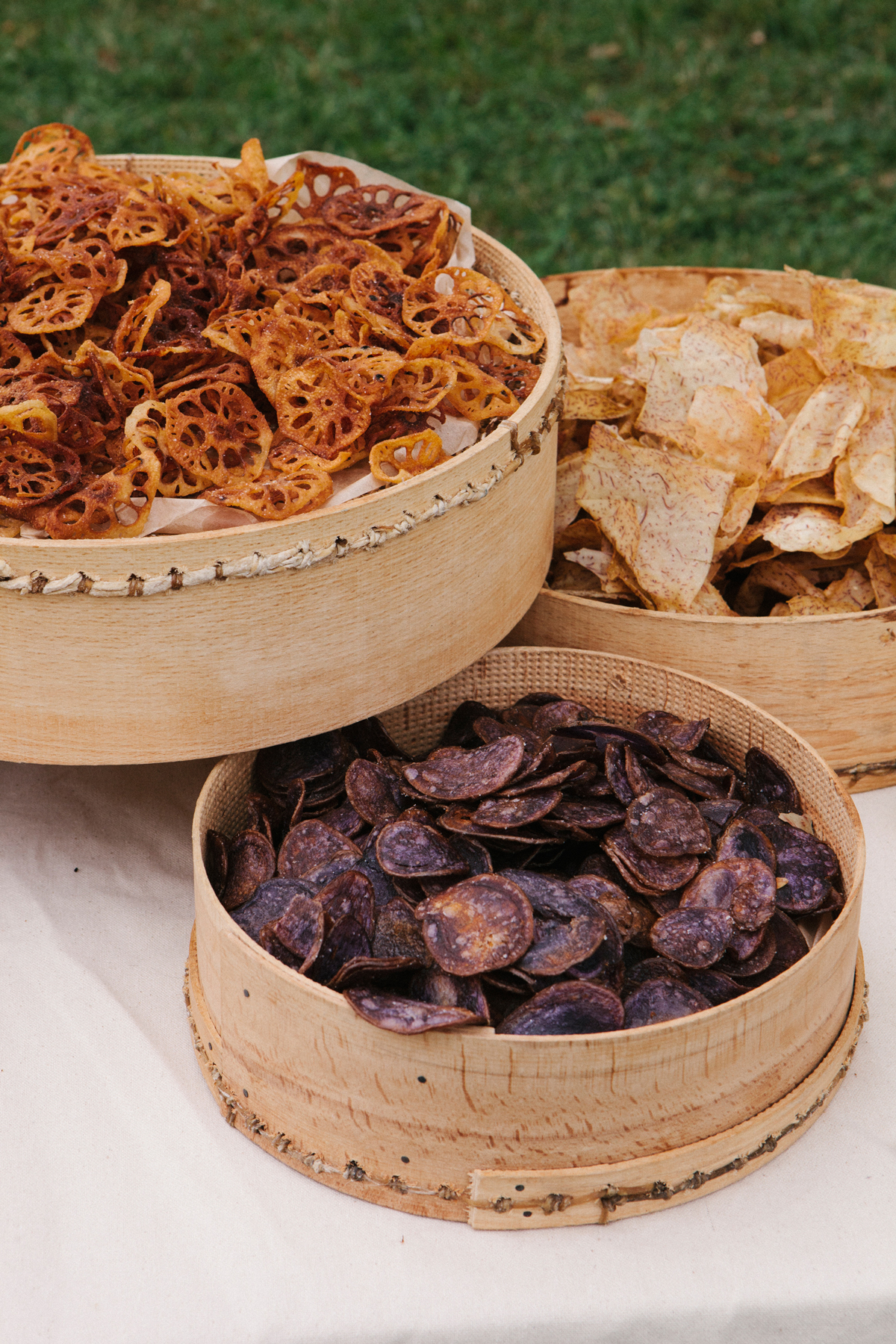 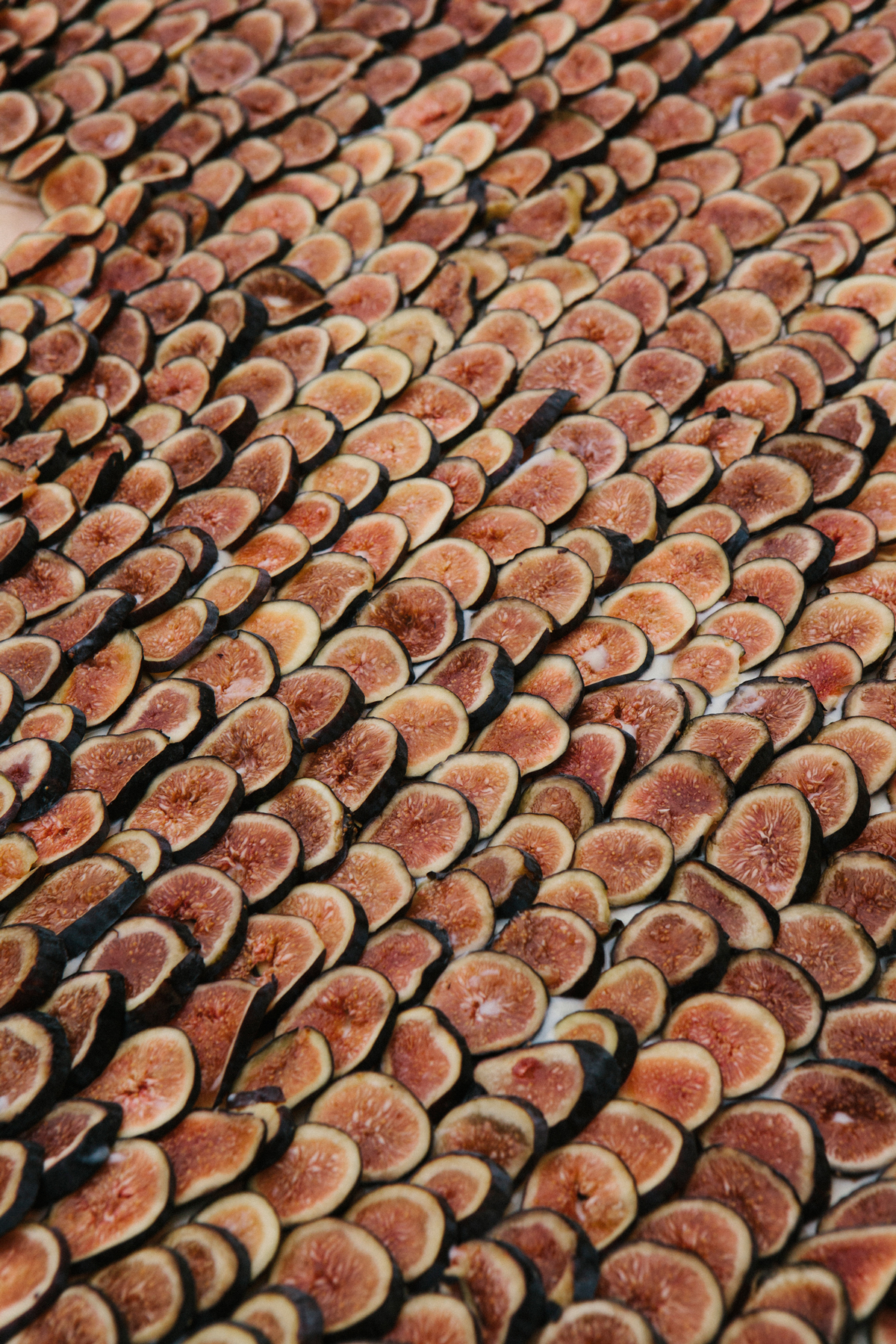 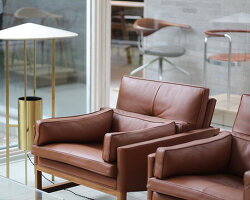 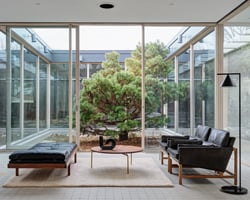 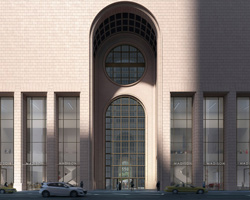 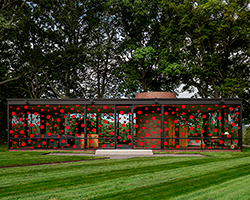 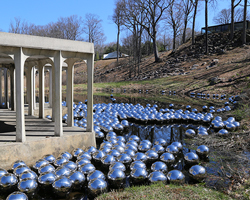 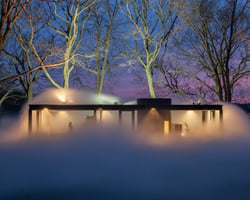 Apr 24, 2014
fujiko nakaya wraps the glass house in a veil of dense fog