denmark based design studio ornduvald used over 10,000 multicolored sequins in the making of their 9 square-meter-large pin marking the center of horsens, denmark. the huge glittering blue, gold, and black icon as a physical object is a stark departure from the web-based version we’ve become accustomed to. the cyber-pictogram is a technological symbol that has become synonymous with mapping location and indicating placement. designed first on the computer and constructed in pieces, the large-scale pin was then assembled on the city wall.

the project is part of an a outdoor exhibition called ‘public art horsens’ which was initiated by the danish town. the small city, whose history dates back to the 10th century, invited an international group of artists and designers to participate in a street art festival where they would beautify the city center and port through urban intervention art. the presentation of public installations is comprised of murals, sculptures, and performances and brings together a wide variety of stylistic approaches from the global design community. 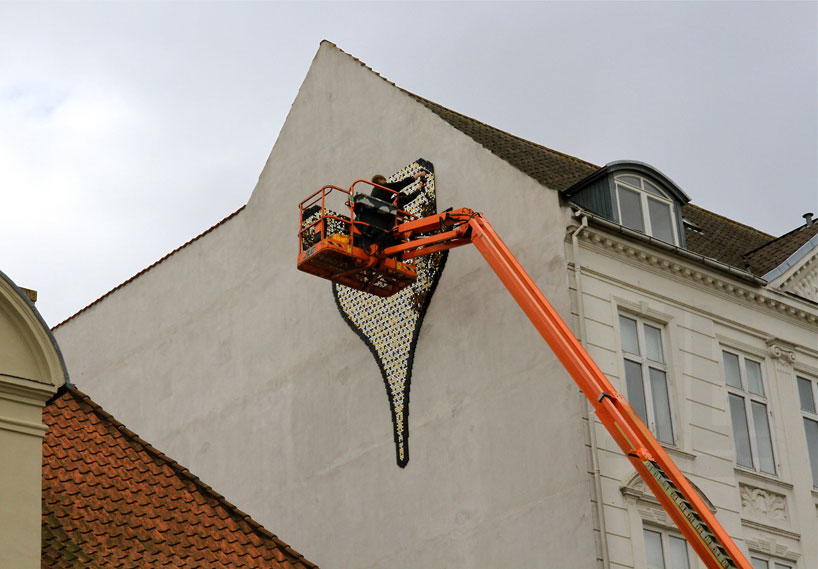 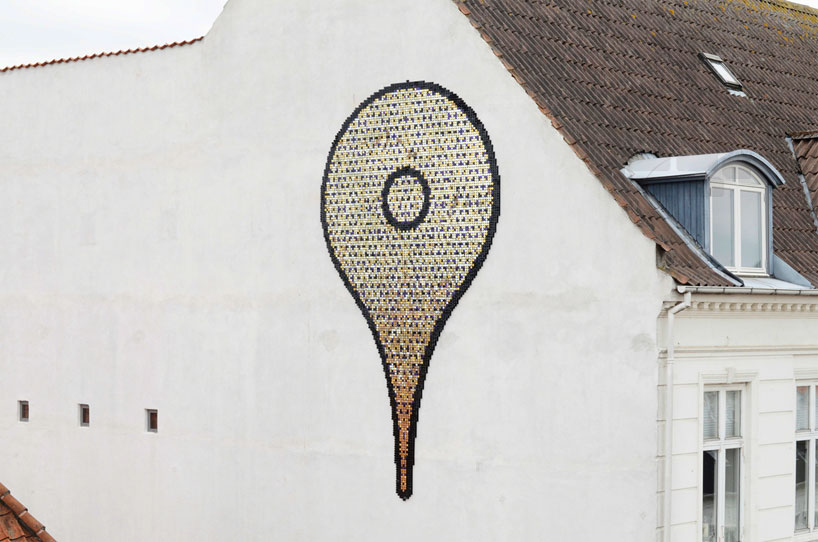 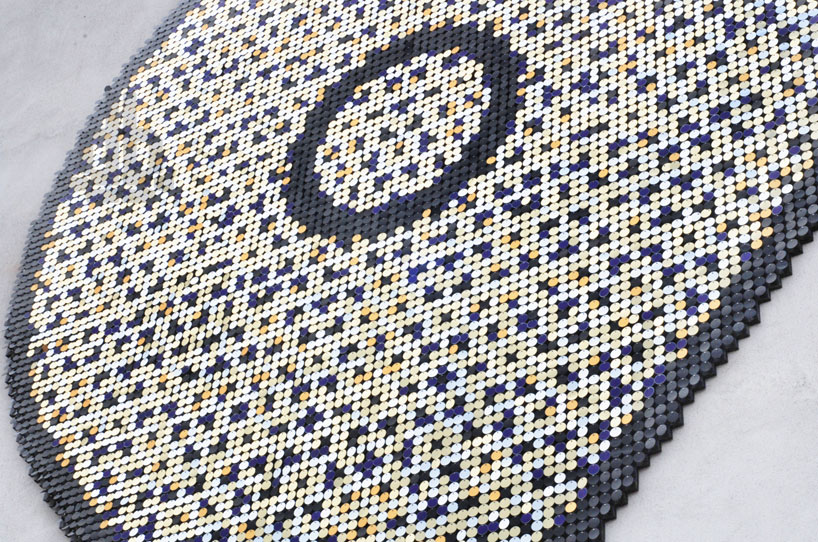 detail of the pin
photo courtesy of ornduvald 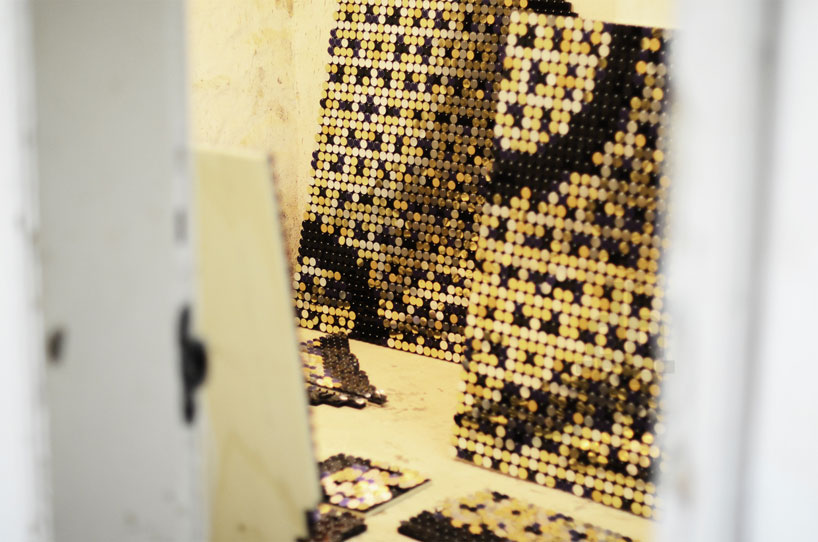 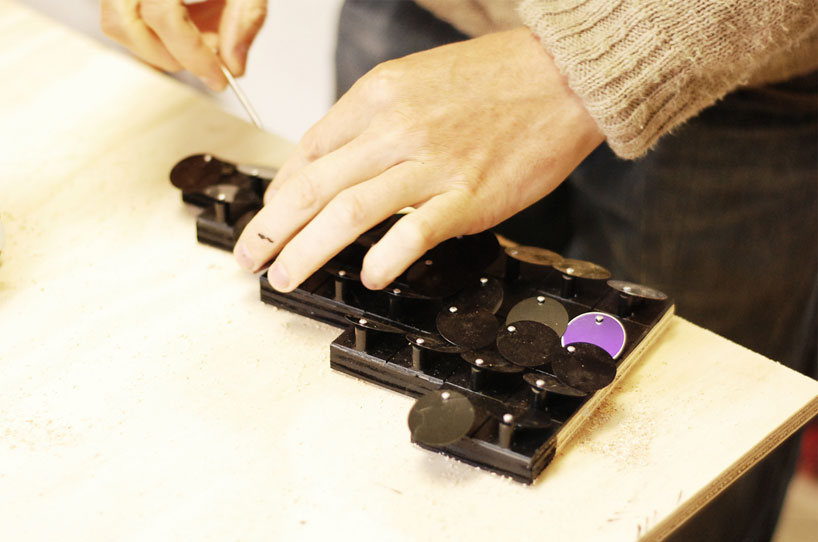 working on a segment of the pin, before construction on site
photo courtesy of ornduvald