during the annual VIVID sydney light event, group d collective, an australian multidisciplinary studio, built multiple illuminated ‘angler fish’ to take part in the festival. the glowing structures are in fact bicycles that were able to be ridden around the city, creating a colorful aquatic spectacle to adorn the grey urban landscape. the three deep-sea creatures were fabricated with custom frames that then had digitally-printed lycra and chiffon skins pulled tightly over. the radiant purple, blue and green tones coordinated well with the theme of the vibrant carnival, bringing a marine glow to its audience. 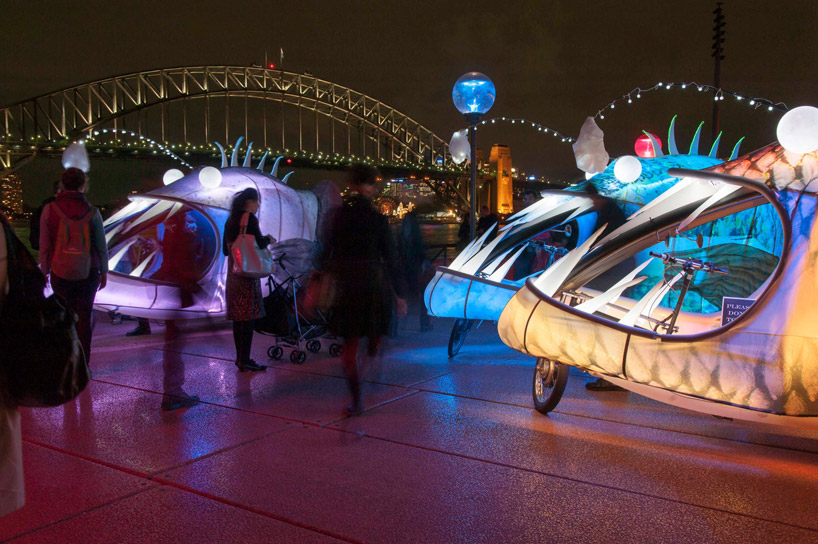 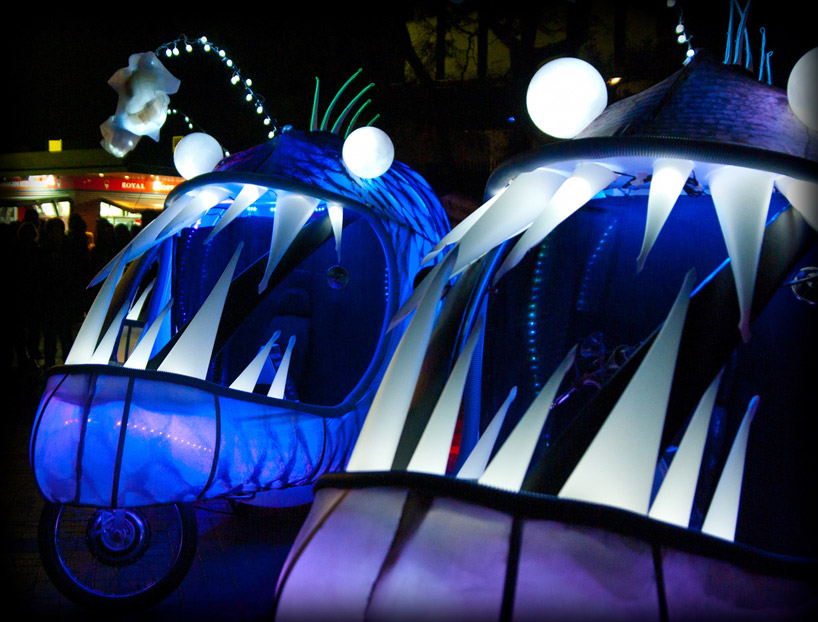 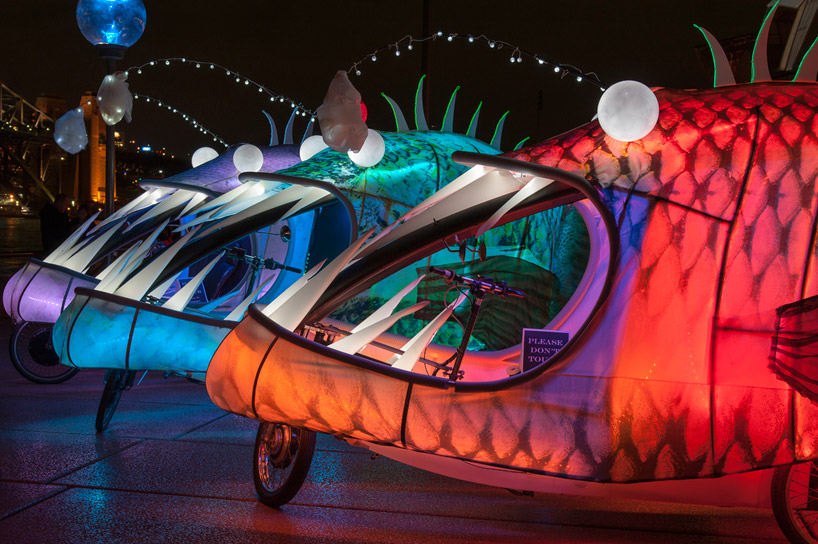 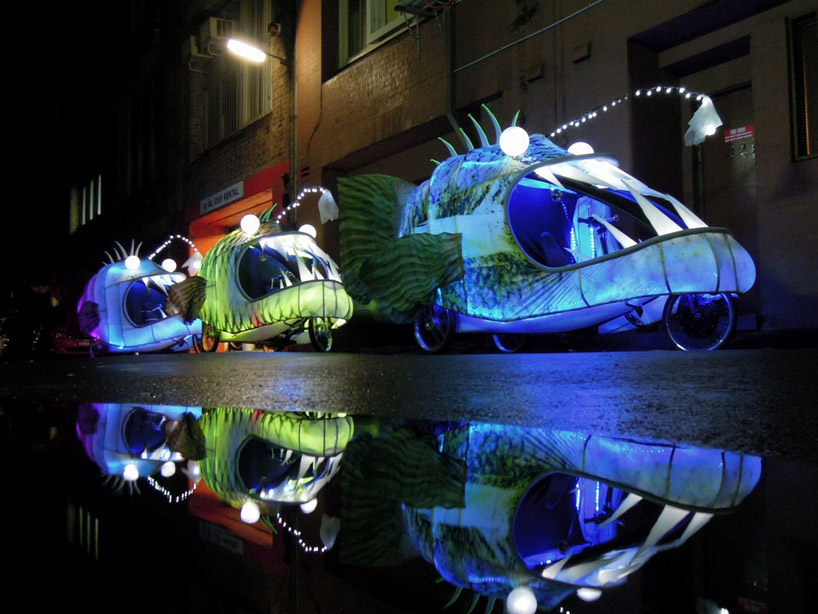 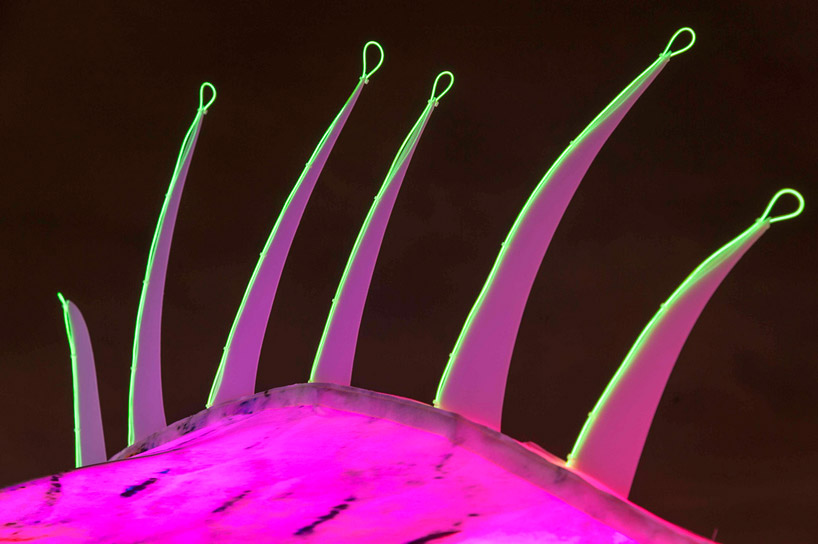 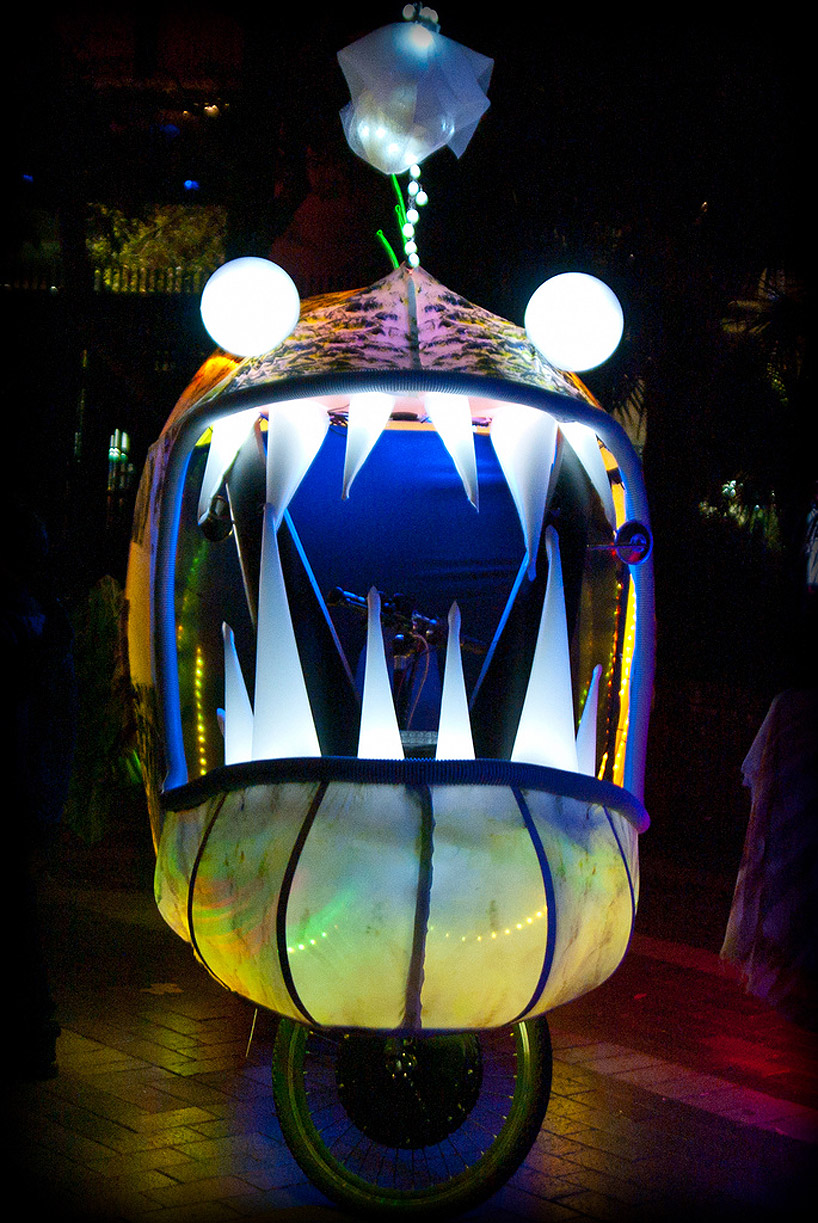