using materials such as multi-color sand, fine crystals, dry ice, iron filings, glitter and soap bubbles, artist GMUNK has conducted a series of practical experiments using heat, wind and cymatic vibrations to create an ethereal and enchanting short film. entitled ‘orbis integra’, the video is part mad science experiment and part alien realm, where viewers are treated to incredibly detailed shots of minuscule materials slowed down to the fraction of a second to resemble natural phenomena. 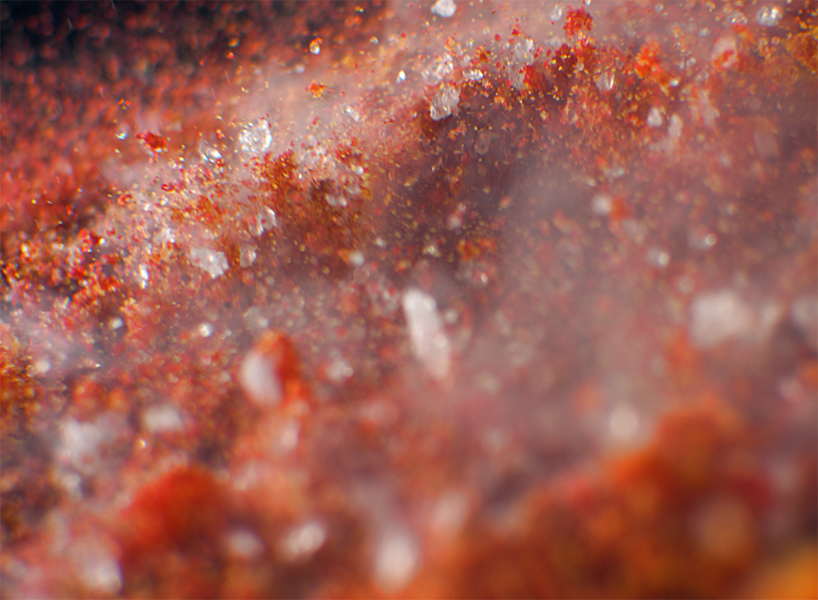 to achieve the mind bending images, GMUNK collaborated with artist call me clark and photographer joseph picard, working over two days to capture the slo-mo reactions of the materials at play. using a specialized innovision optics probe lens system and a phantomflex 4K camera, the speed of the different shots was brought down to anywhere between 240fps and 1000fps, stretching two second moments into phrases of almost half a minute. the result is a collection of kinetic vignettes that simulate the effects of volcanos, earthquakes and cosmic shifts. 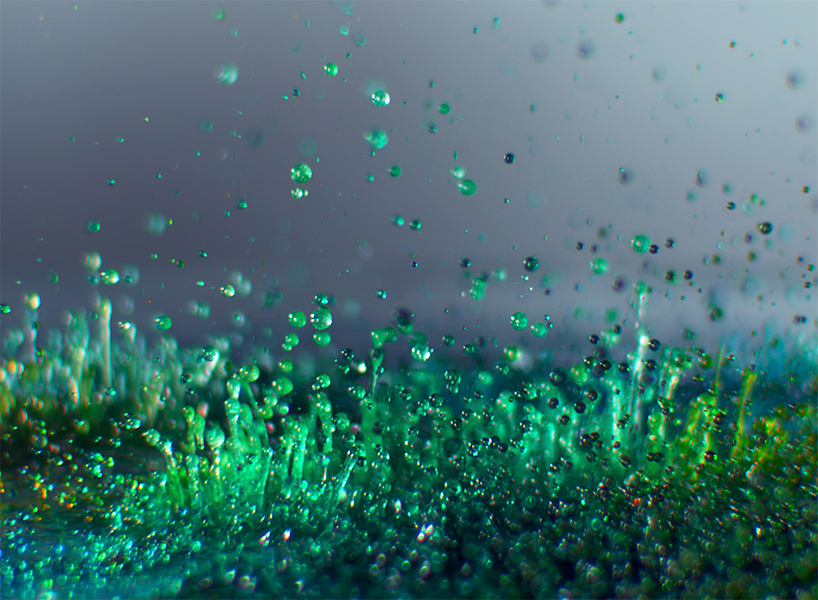 the intimate shots of leaping liquids and exploding rocks are created through experiments with cymatics — the practice of using alternating frequencies and geometries to vibrate surfaces, resulting in noticeable patterns and excitable reactions. ‘orbis integra’ maps an evolutionary thrust through the surfacing momentum of a biological process. we’re in an ephemeral realm, where the material and non-material churn together like the clash of two infinite oceans,’ explains GMUNK.

‘[the video] witnesses the unleashing of a world in which there is a wilful, conscious impulse in nature. where the cymatic phenomena are experienced as transitory objects; kinetic monuments that show us the shape of a frequency that would otherwise remain invisible.’ 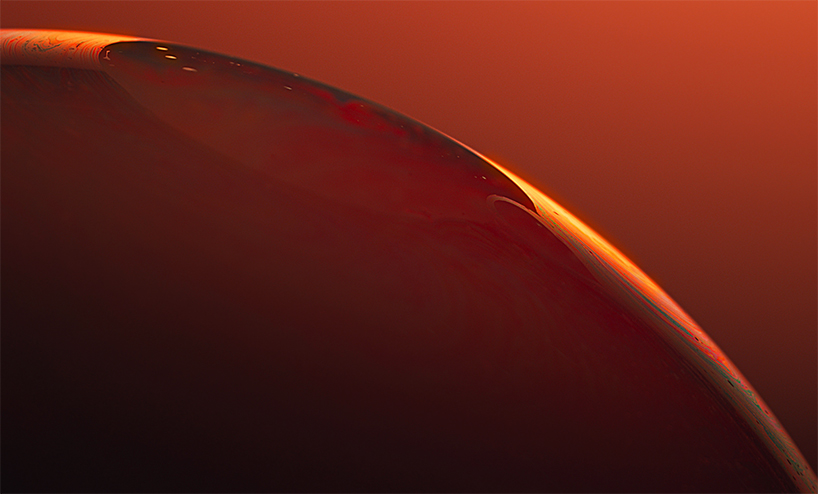 complimented by a haunting soundtrack by ólafur arnalds, nils frahm and steve hauschildt, ‘orbis integra’ is a captivating and eerily beautiful film that has more than a little science at its heart. for more info on how the film was created, check out the process video below. 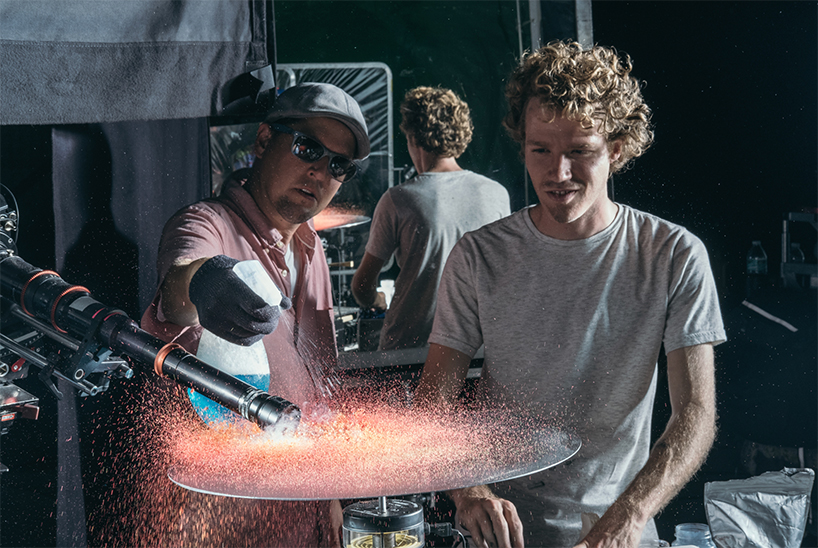 ‘orbis integra’ is a captivating and eerily beautiful film, that has more than a little science at its heart 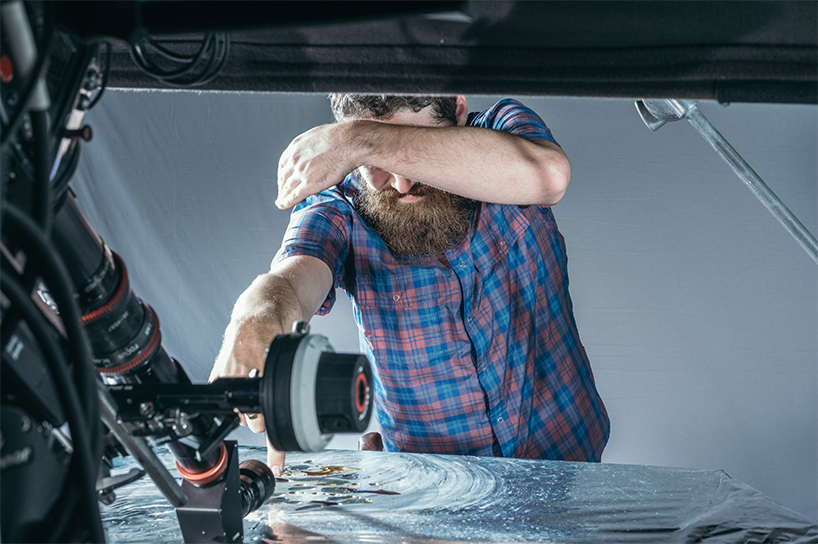 the experiments were conducted over the course of two days 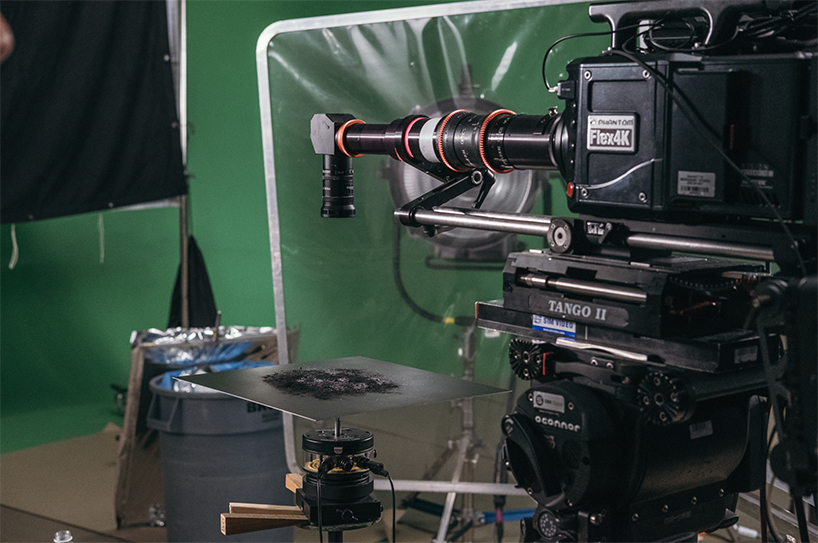