the ‘comedy carpet‘ by artist gordon young in collaboration with why not associates, was officially opened in blackpool today. 300 slabs of granite cover around 2200m2 making it one of the largest pieces of public art ever commissioned in the UK.

created as part of the major regeneration of the promenade, the comedy carpet was commissioned by blackpool council, with part of a £4m grant from cabe’s seachange programme. catchphrases, jokes and songs from more than a 1000 comedians are now immortalised in concrete and granite artwork which is situated at the foot of  blackpool tower.

artist gordon young has been working in the public realm for over 20 years creating pieces that mine rich seams of social history, engage communities and extend the relationships between art and architecture. at the heart of all gordon’s young’s work is language – words that entice, fascinate and on the comedy carpet, amuse.  titter ye not, just like that, oooo-er matron, nudge, nudge wink, wink, oh betty! suit you sir, yeah but no but, what’s on the stick vic? , in the comedy carpet young has created a giant ‘giggle map’ immortalising the UK’s favourite comedians and comic writers from the hey day of music hall to 21st century stand up. 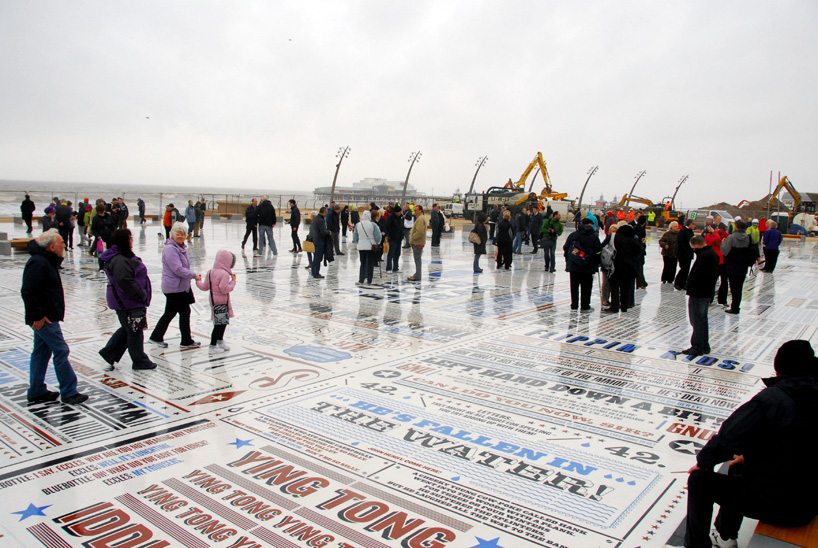 inspiration when he was asked to make a work for the new headland young was immediately inspired by the inside of blackpool tower – the fantasy viennese ballroom, the arabesque circus, the art nouveau foyers – and wanted to bring this wonderful ‘over-the-top ness’ out of doors. the new art work also had to reflect to the scale and quality of the new headland on which it was installed. but why comedy? and why a carpet?

‘I’d been looking at photographs of stars and the blackpool tower was a recurring backdrop to the photos – eric and ernie in deck chairs, ken dodd, les dawson, peter kay and more. it soon became obvious that blackpool had been a magnetic chuckle point for the nation,’ he adds.

‘I also wanted to create something built with really the high craft standards seen in blackpool’s historic architecture – the winter gardens, library and of course the fabulous tower.  so I thought, a quality carpet that shows how blackpool can still do posh.’

the comedy carpet features comedians from music hall to the current day the majority of whom have performed in blackpool. it both represents those that have performed in the town, including foreign greats like mae west, danny kaye and w.c fields as well as the very few british stars who were unfortunate enough not to tread its boards such as peter cook and spike milligan.

a collaborative artist, young was inspired and supported in researching the content for the carpet by blackpool-based comedy expert, barry band and historian and writer graham mccann, and on the typography and layout by leading graphic designer andy altmann of why not associates.

section of the ‘carpet’ being cleaned image: bbc 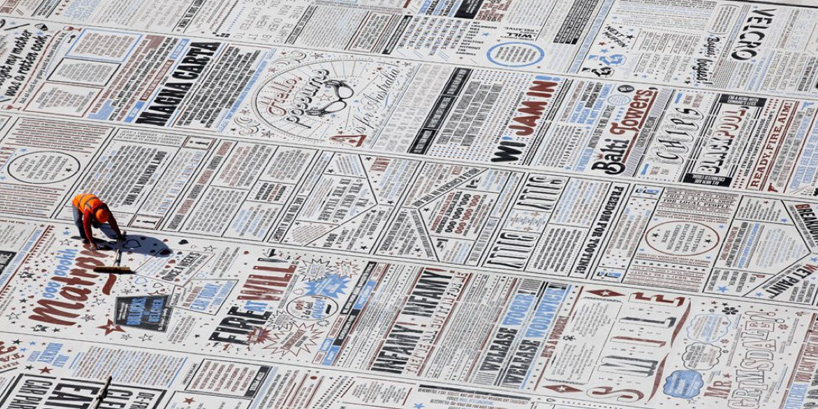 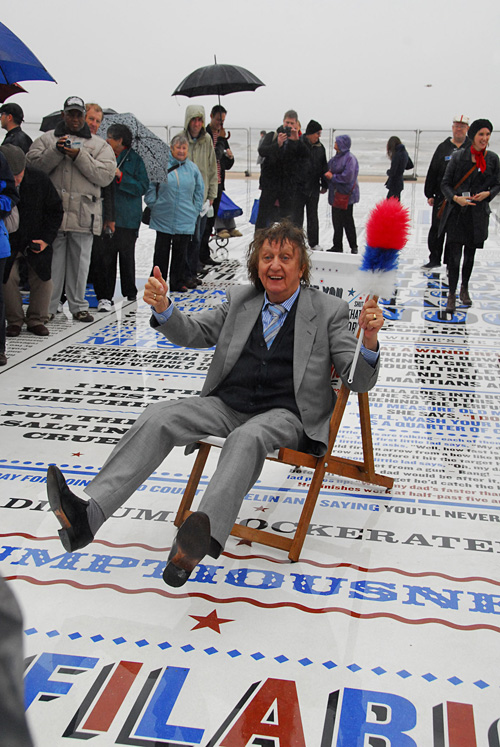 comedian ken dodd at the opening of the comedy carpet image: blackpool council 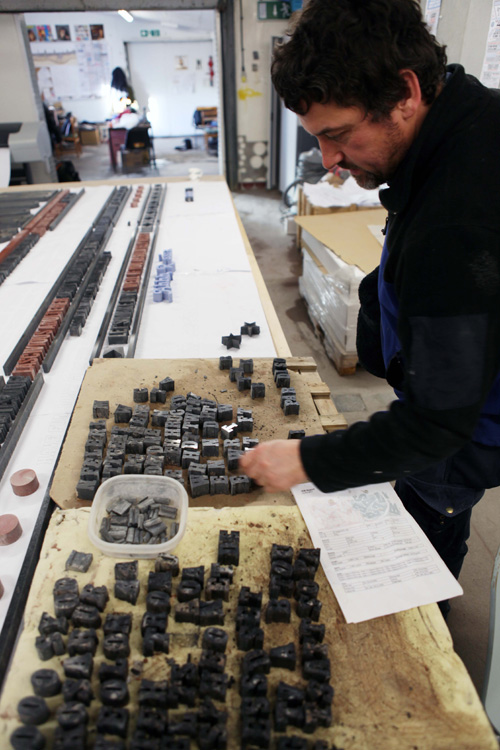 production five years in the making: one of the most complex pieces of public art ever commissioned at first sight, the comedy carpet looks as if the text is painted, but in fact each of the 160,000+ letters has been individually cut from 30mm solid granite or cobalt blue concrete, arranged into over 300 slabs and then cast into high quality, gleaming white concrete panels. the letters range in size from a few centimetres to over a metre so viewers can enjoy it both close up and from the glass viewing platform in the blackpool tower eye.

the scale and incredibly complex nature of the work meant that comedy carpet team even had to set up its own bespoke studio to make the artwork. after several months of research with input from chemists and engineers the comedy carpet team devised new techniques and recipes for production including a special mix to produce the hardest and whitest of concrete and the perfect blue that won’t fade. the process of making each of the 320 slabs involved many complex stages from cutting, sorting, fettling, and laying out each of the letters, to a 3-stage casting process, curing, trimming, grinding and polishing. and that’s before it was transported to blackpool for the installation on the headland. 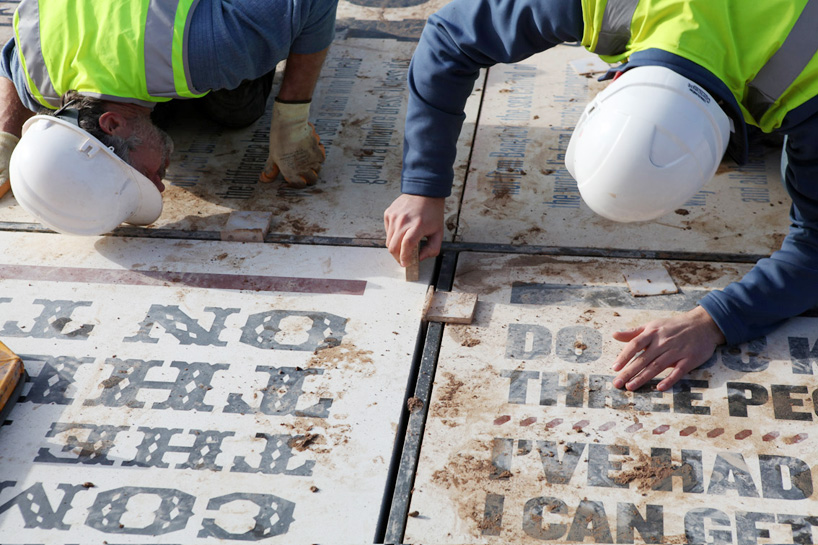