polish artist gosia wlodarczak‘s performance drawings are a tightly knotted net of imagery, thickly woven webs of line. the resulting graphic chaos of partial and disjointed motifs – random bits of architecture, furniture, tools, faces… are a ‘capsule of frozen moments – a space-time membrane’ to the artist.

such a practice is very suitable for the singapore biennale, which states to focus on artistic processes. it is also appropriate for its site, the old 1930s kallang airport, singapore’ first civil airport, now in disuse. the aerodrome’s original layout permitted planes to land from any direction, while its circular glass control tower gave a panopticon view to all points of the compass. 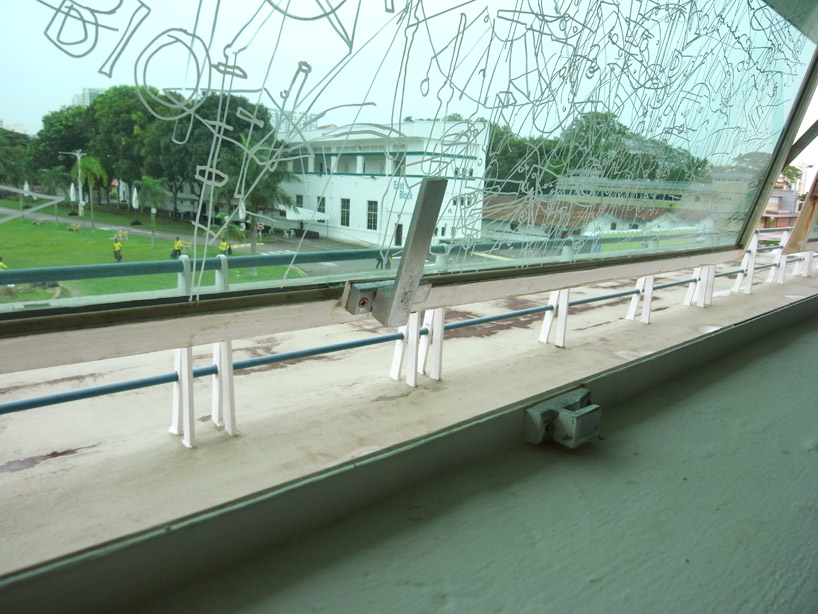 gosia wlodarczak calls this project a ‘frost drawing’, in reference to the mandelbrot set patterns that spread over windows during sub-zero eastern european nights. this may seem a strange conceit in a climate which is never cool, much less cold. the liquid flow of visual impressions are cristallized as art, citing migrant experiences and the relentless dynamism of singapore’s society and economy. 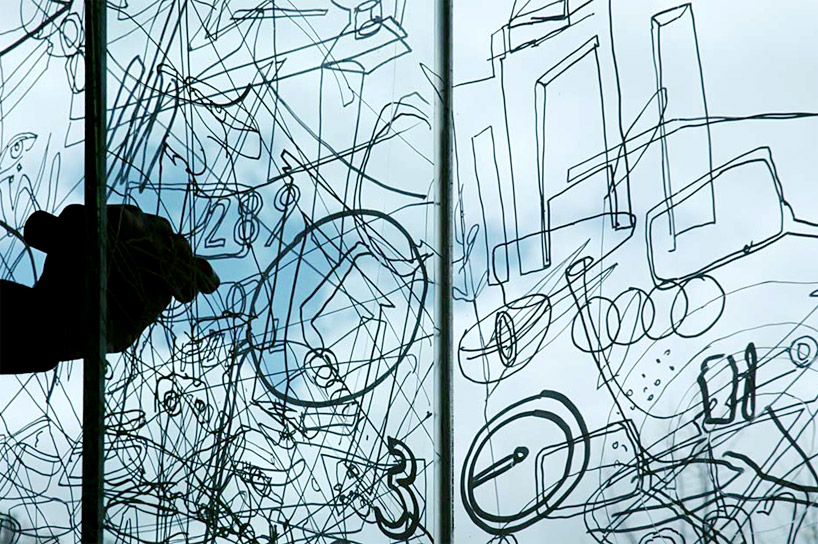 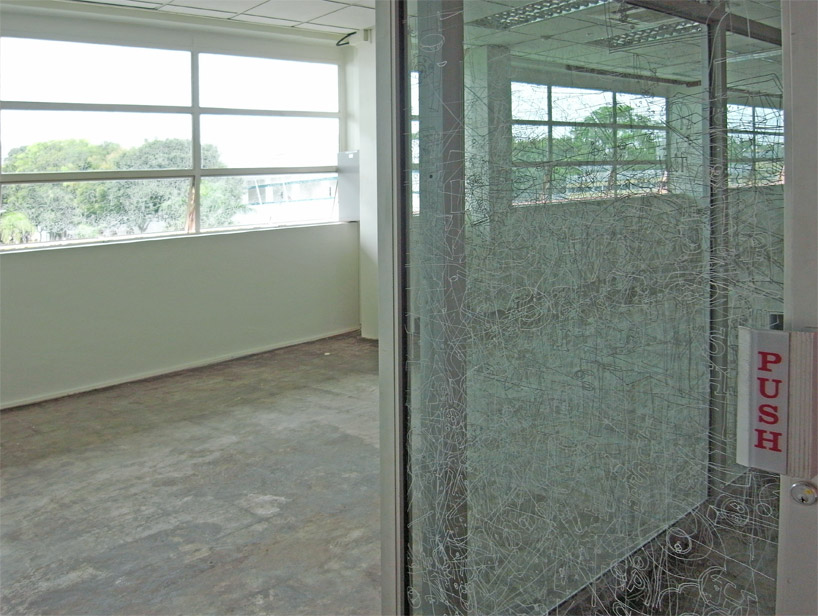 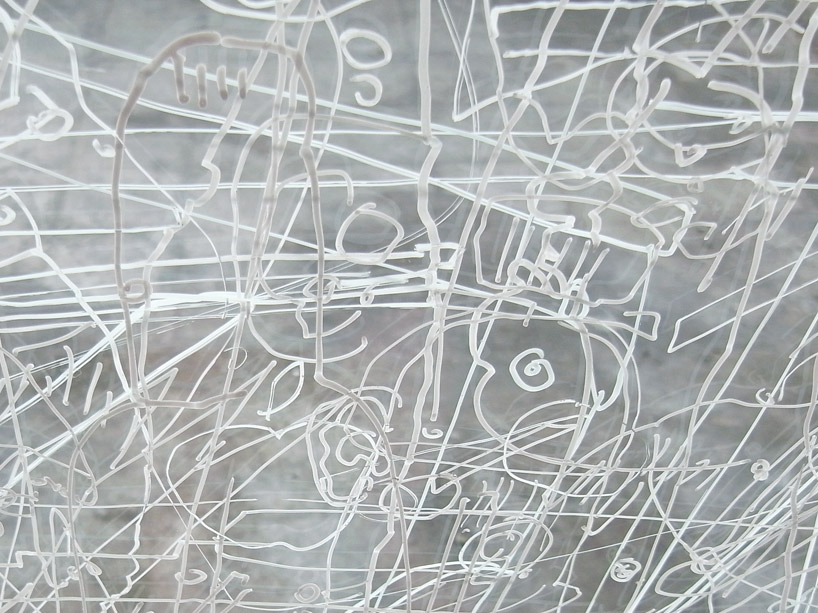 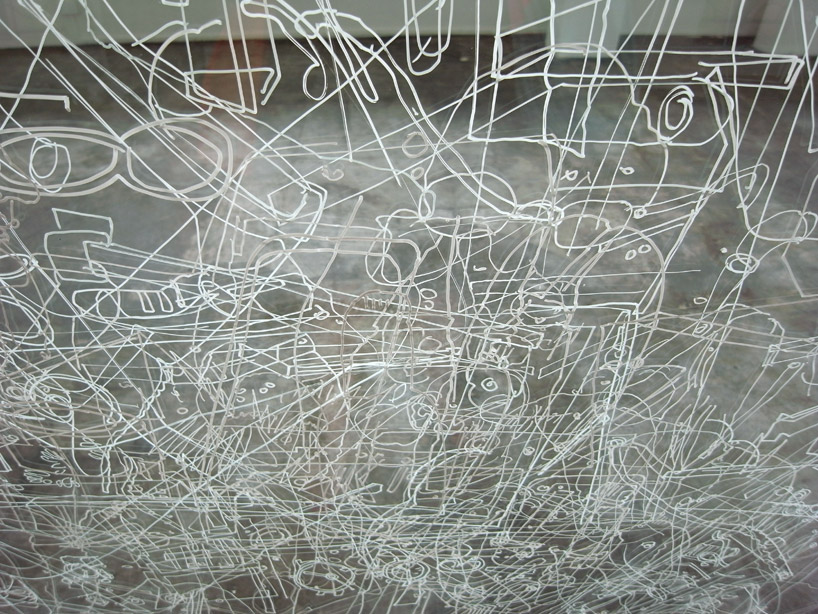 gosia wlodarczak was born in in 1959 poland. in australia since 1996, she lives and works in melbourne. 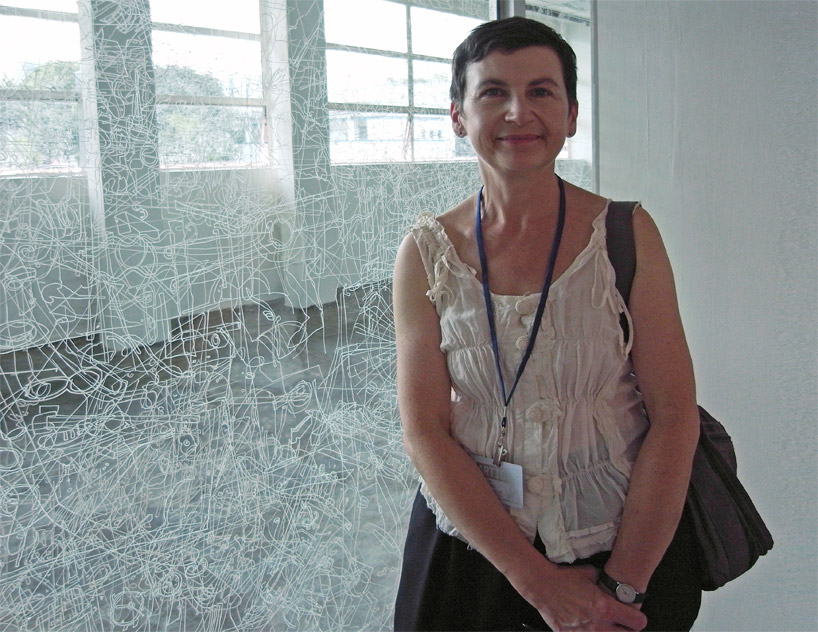 with its focus on artistic processes, the third singapore biennale marks the highest proportion of artists to date who are presenting new site-specific commissions or premieres: 34 artists or 54 % of all participating artists. it also has the strongest asian and local representation to date, with more than 40% of the artists (27 out of 63) hailing from asia and nine singaporeans artists in all.