graffiti art finds an unconventional canvas, in the creation of a spray-painted boeing 737, a part of a series of painted planes called the ‘hanger one project’ organized by hangfire. the airliner ‘icarus_13’ combined the forces of two famed graffiti artists, going by the names sat one and roids, who collaborated in its design and development, canvassing the entirety of the cylindrical form with geometric patterns, shapes, and typography. the duo worked out the best way to paint on curved facade. facing the challenge of maneuvering around the aircraft’s enormous size and scale, the team mounted themselves on the airplane wings and used mechanical lifting devices to bring them to the top of the its tail fin, allowing them to cover it entirely in colored pigments. ‘icarus_13’ follows their first project ‘jetstar’ in which street art team 45RPM designed and spray painted a grounded learjet.

a four-minute video by gavin strange shows the artists at work, carefully manipulating their bodies around the curved surface of the plane to get to all of its sides. 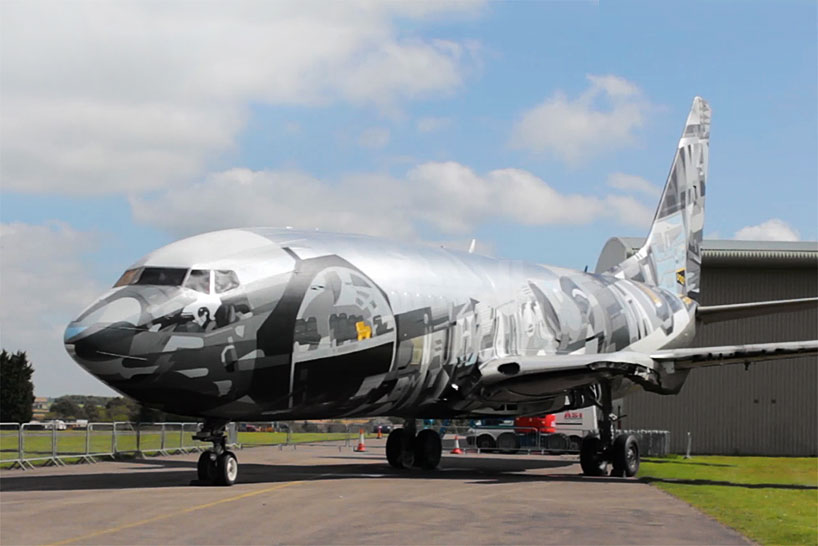 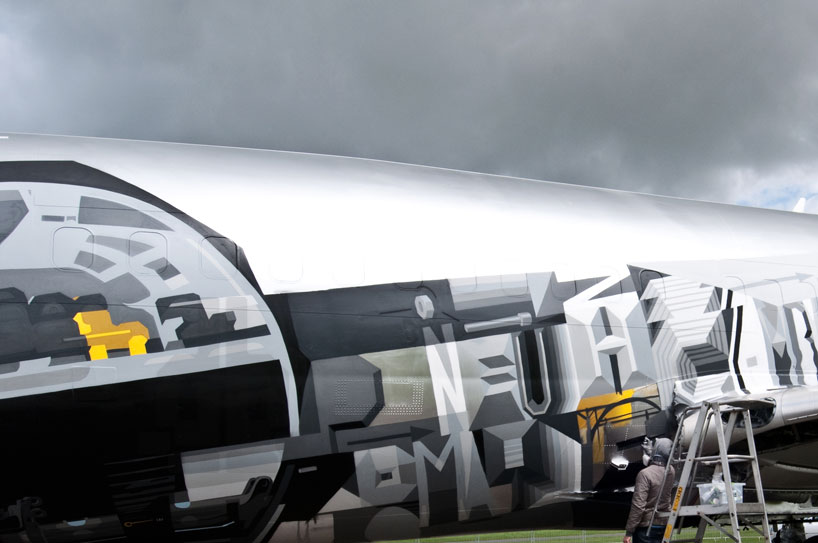 the side of the plane, covered in spray painted art
image courtesy of hangfire 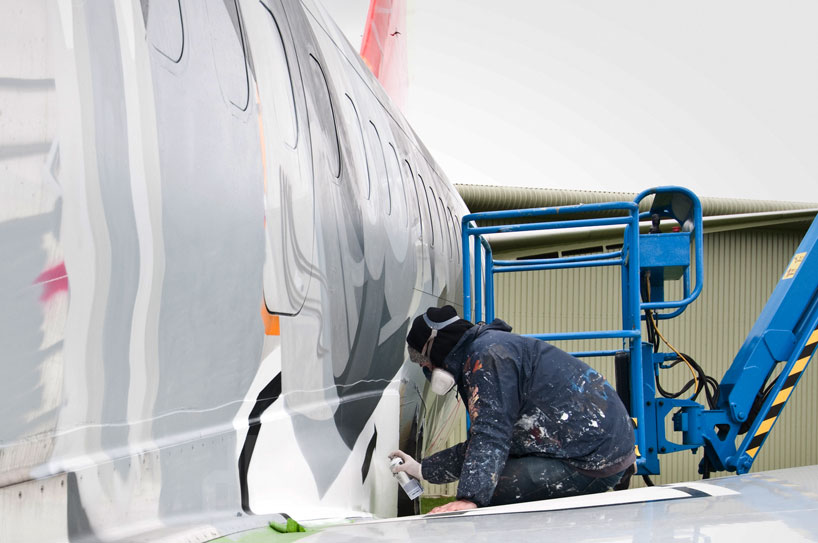 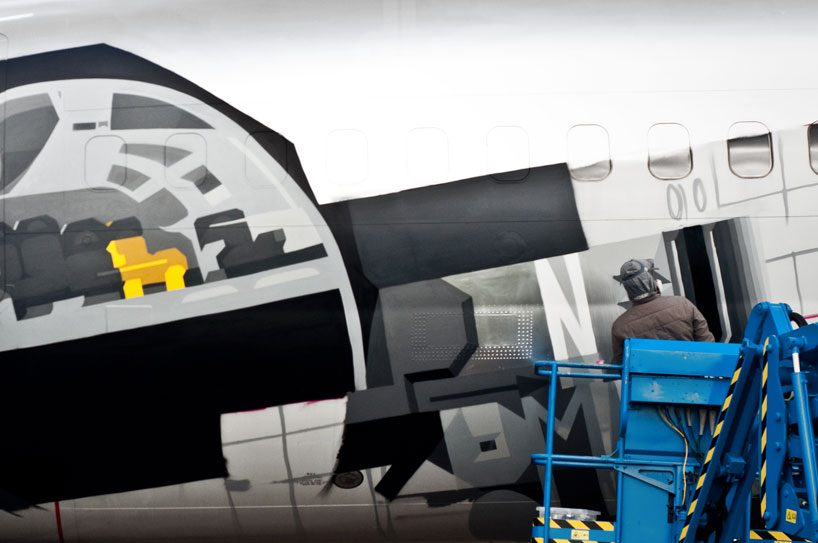 using a mechanical lifter, the team was able to reach high points of the plane
image courtesy of hangfire 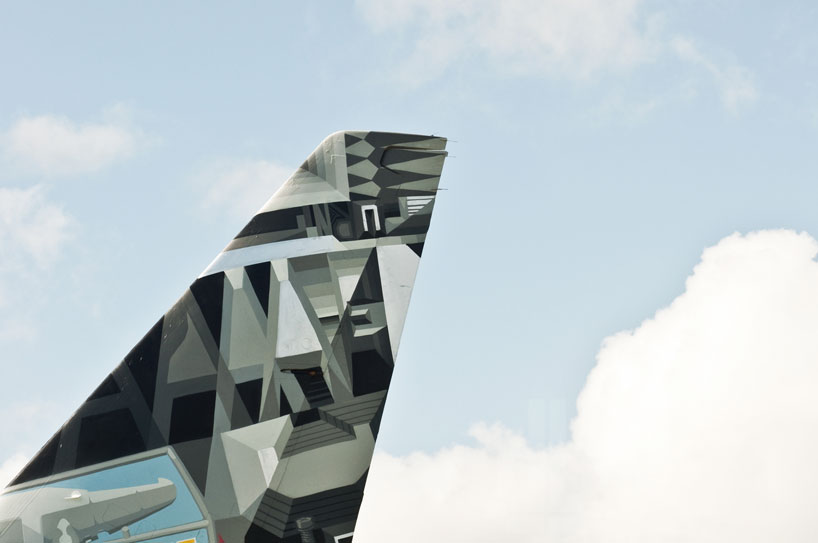 an artist paints the exterior of icarus 13

a detail of the hand painted plane

using a mechanical lift, the team prop themselves up to the top of the plane

one of the street artists at work

a mechanical lift to reach the top of the plane (left), colorful paint (right)

the creation of the first project called jetstar by 45RPM