in his two-part series ‘the golden years’, LA-based photographer dean bradshaw has captured hilarious scenes of elderly men and women in the midst of super sport, wrestling, lifting weights and playing an intense game of basketball. outfits reflect the somewhat dated sense of style, with brightly colored bathing suits and neon short-shorts donning the fierce contenders while they compete.

‘who says you can’t be 75 to win the olympics?’ bradshaw  argues. ‘after doing so many serious images of serious heroes, I wanted to turn that idea on its head. we’re bombarded with imagery of tough sports athletes from all the major brands, but rarely does anyone celebrate the weekend warrior.’ while athletic imagery is typically illustrated by young, physically fit models, the series gives a new face to the sportsman, giving grandmas and grandpas a go at the game. 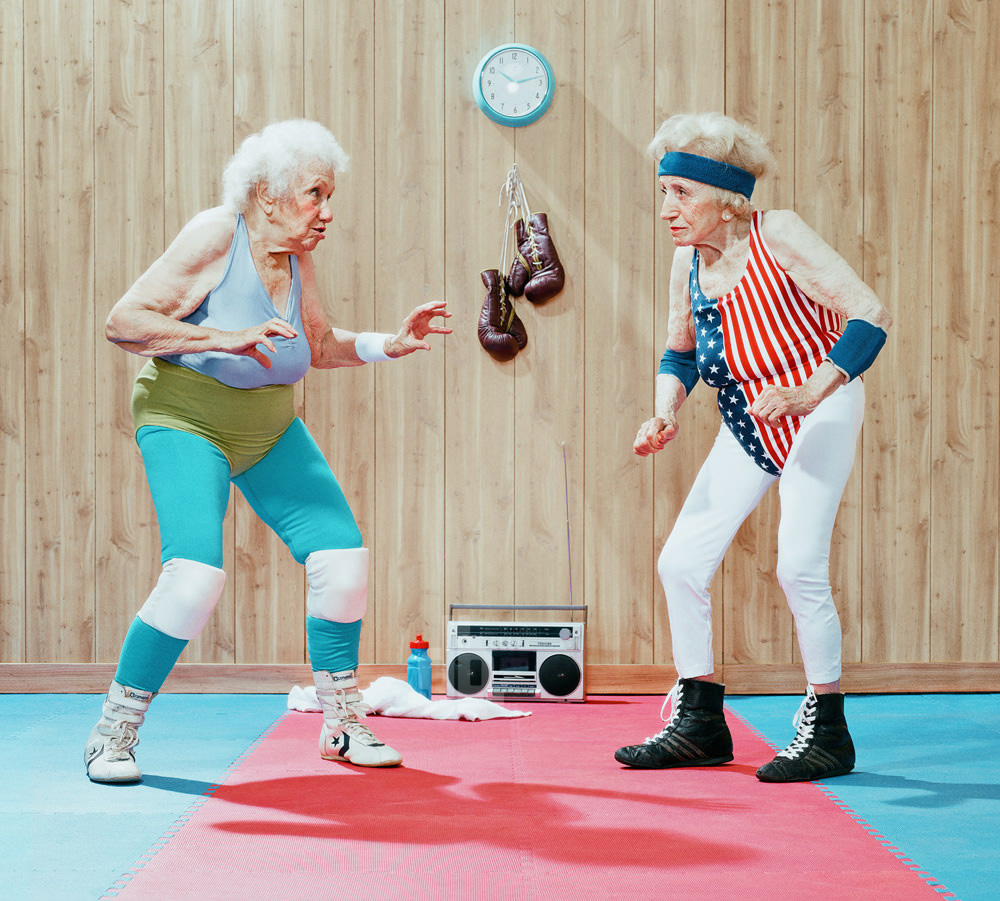 two elderly ladies duke it out on the wresting mat 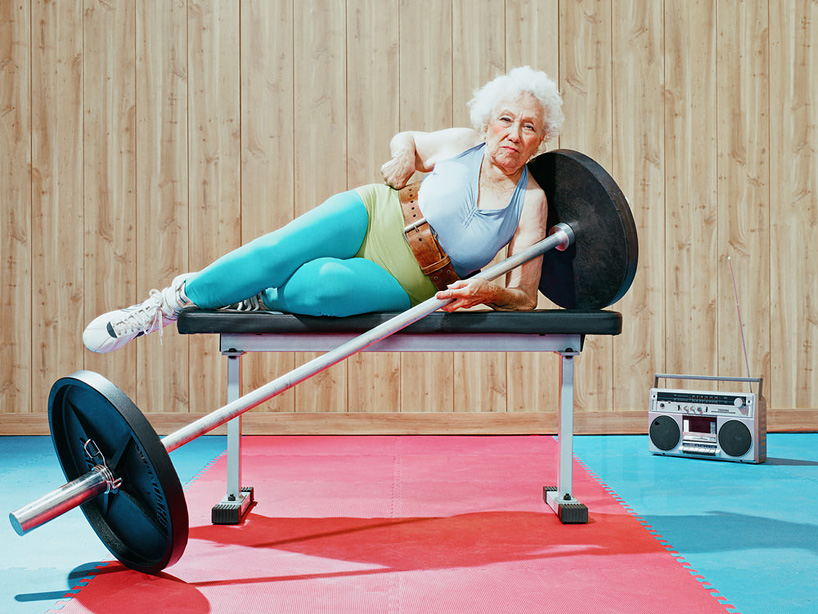 the sassy subject reclines beside a barbell nearly twice her size 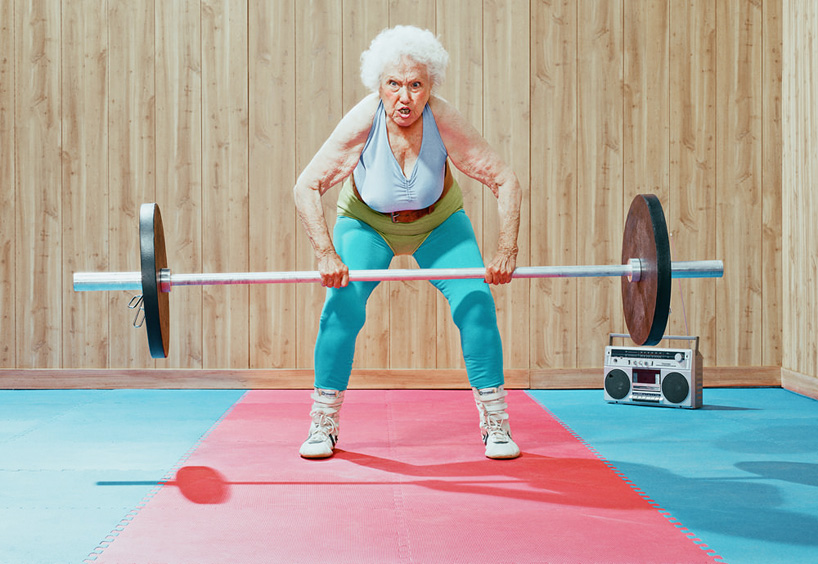 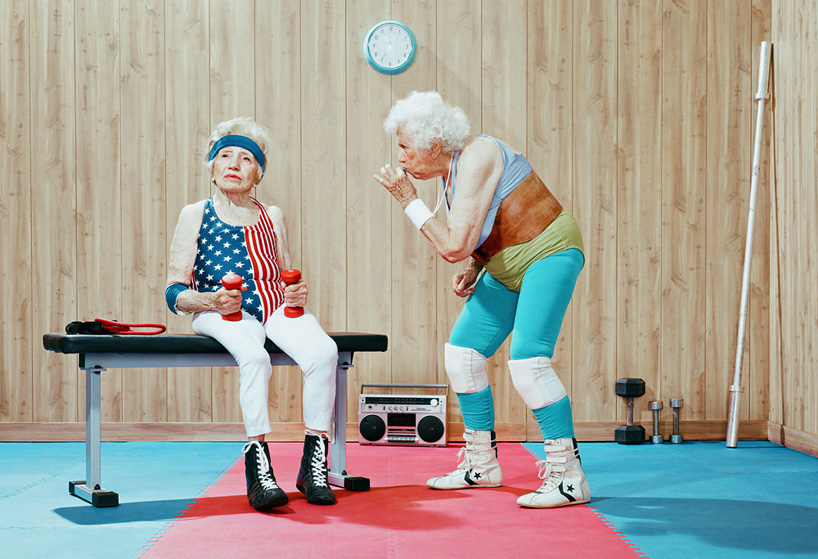 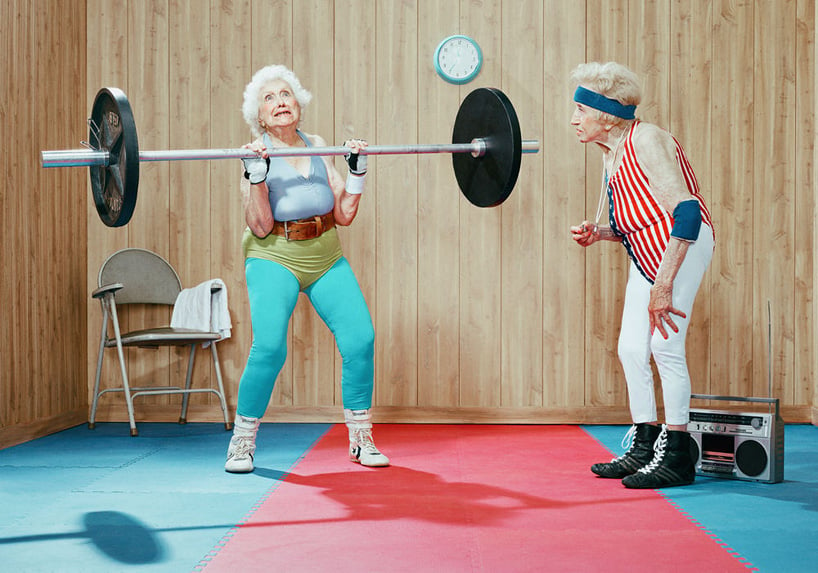 rightly colored bathing suits don the women while they compete 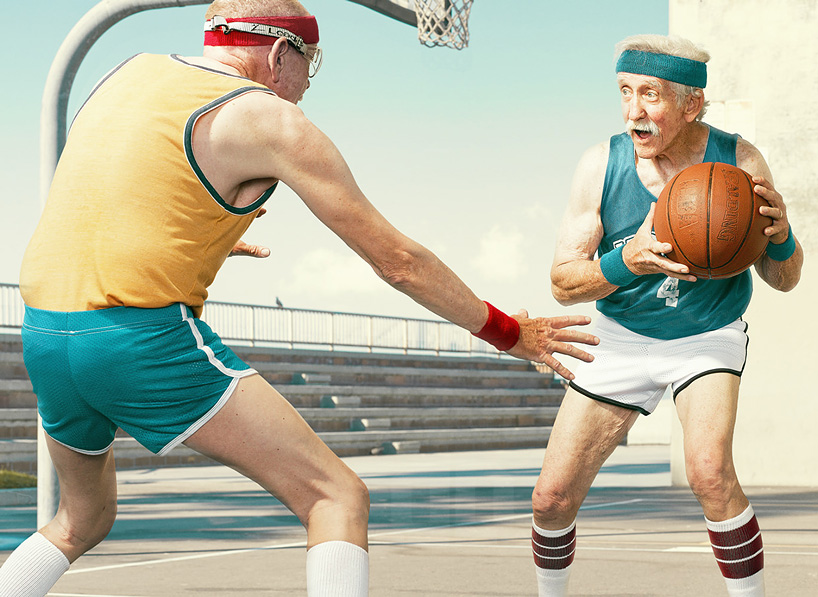 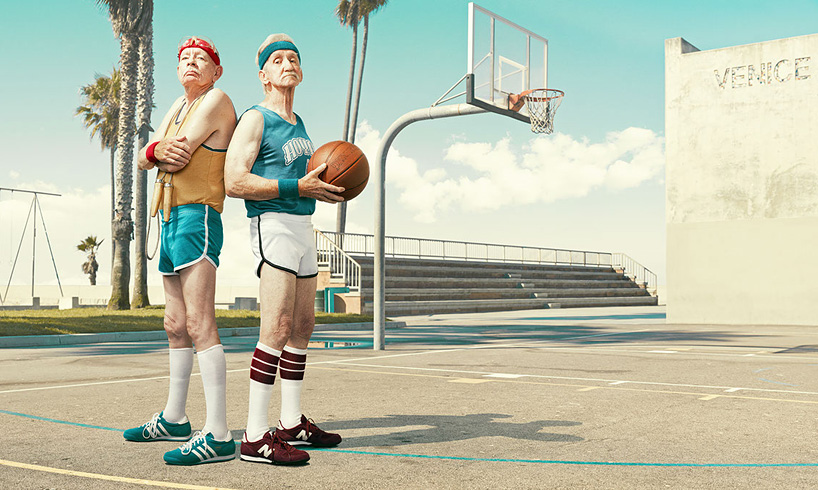 stopping the game momentarily to pose 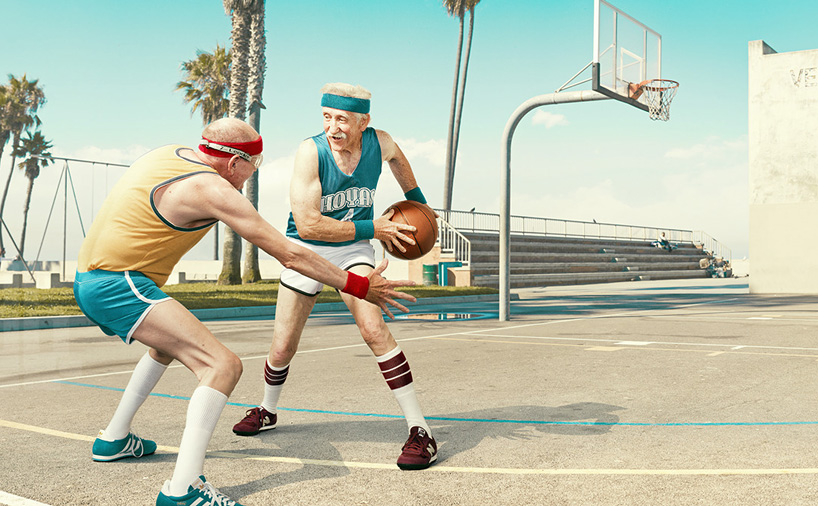 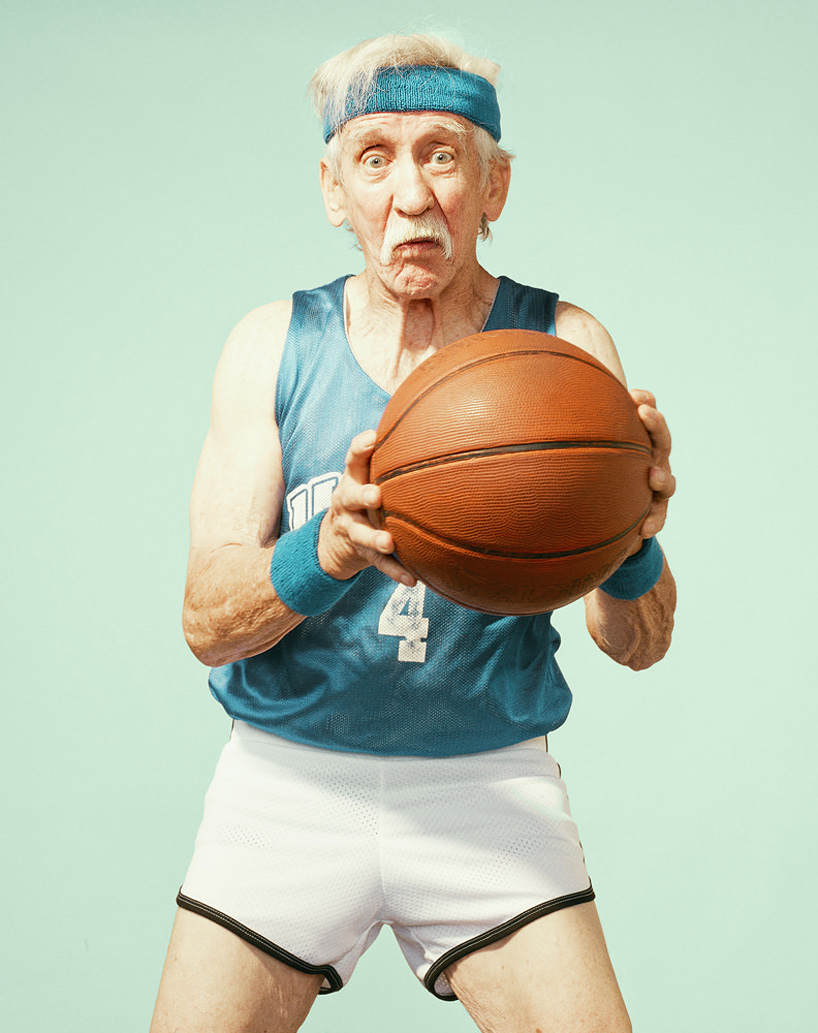 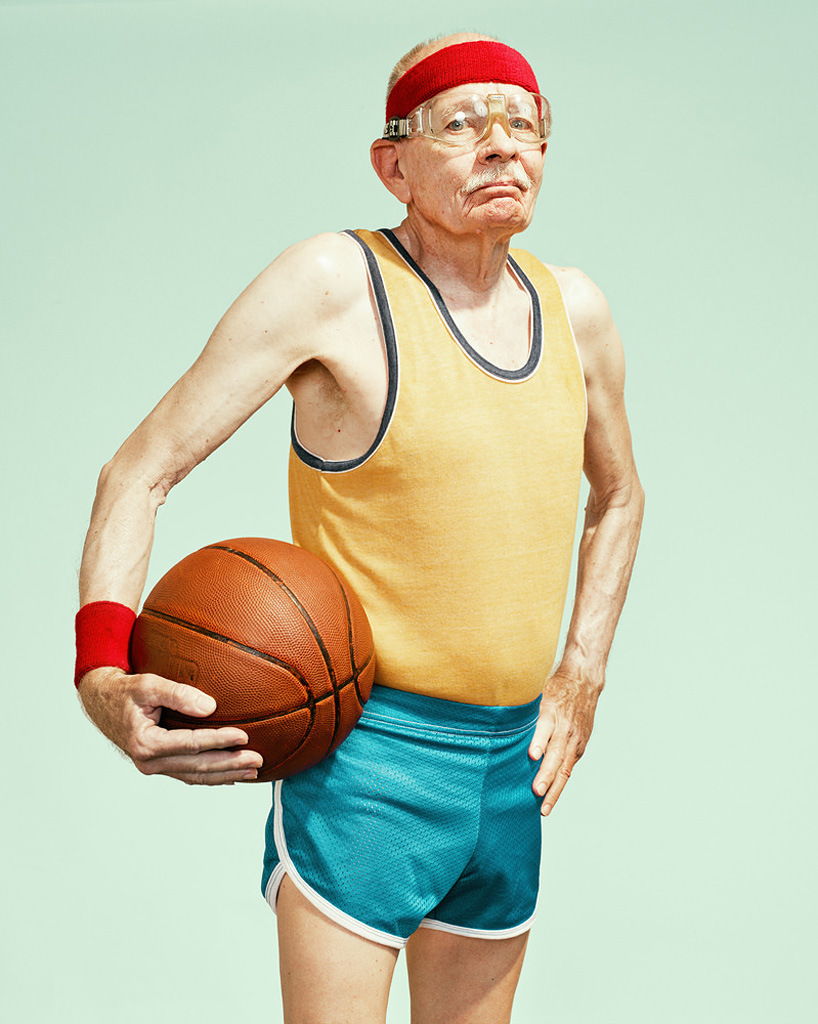