gray malin‘s ‘dream series’ epitomizes its title: the american photographer takes the viewer on a vivid and strangely surreal journey to the rolling pastures of australian farm country, where he has photographed a fantasy-inducing flock of vibrantly-colored sheep. the concept for the whimsical collection references a story malin once read about a scottish sheep farmer, who colored the fleece of his flock in an effort to deter thieves. ‘clicking through the surreal images of bright red sheep grazing in green pastures ignited a vision that lingered in my mind for seven years‘ malin recalls. 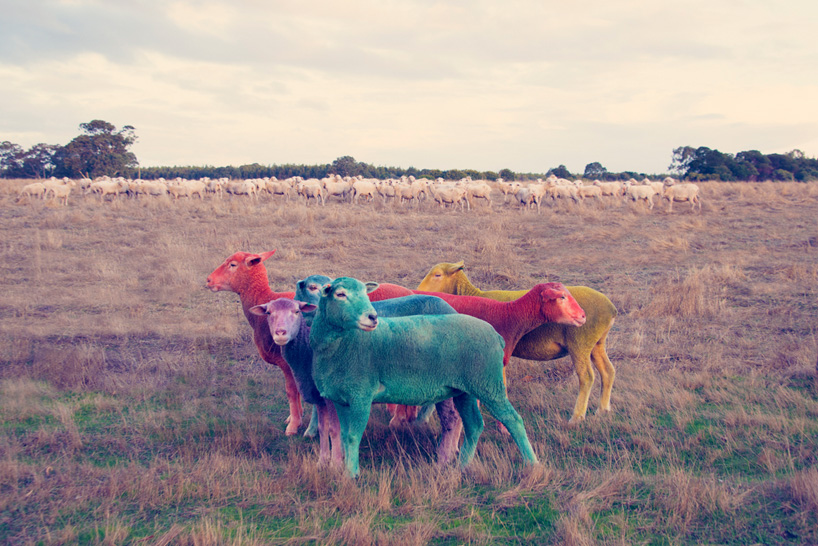 the rainbow-toned sheep bear a distinct personality, both on their own and as part of the flock

with careful consideration, malin consulted with veterinarians and third-generation farmers regarding the use of an all-natural vegetable-based color treatment for the sheep, which could be easily rinsed off with water. the purple, pink and cyan candy-colored tonalities chosen for each furry creature allows them to adopt a distinct personality, as malin describes ‘my ‘dream series’ portrays the sheep as individuals – in some instances becoming a rainbow of color. this series represents the individuality of all living things, and highlights the importance of following one’s own personal dreams.’ 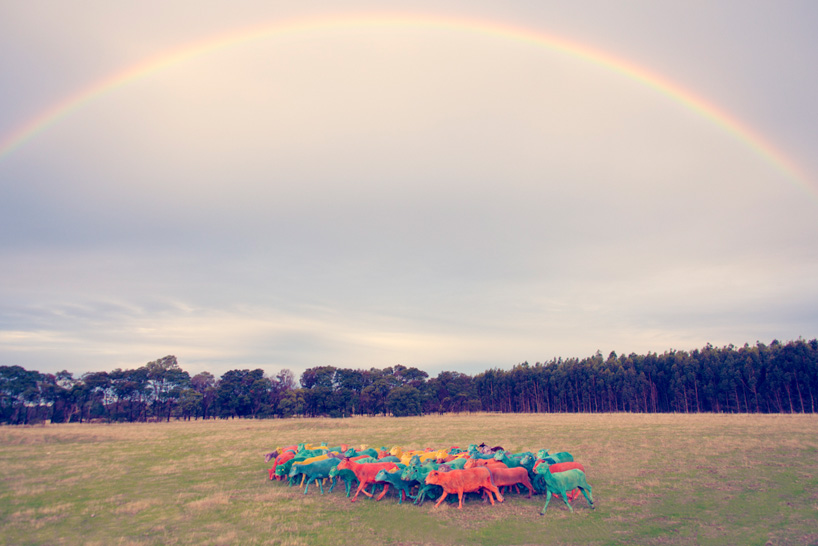 a perfectly timed rainbow arks above the colorful creatures 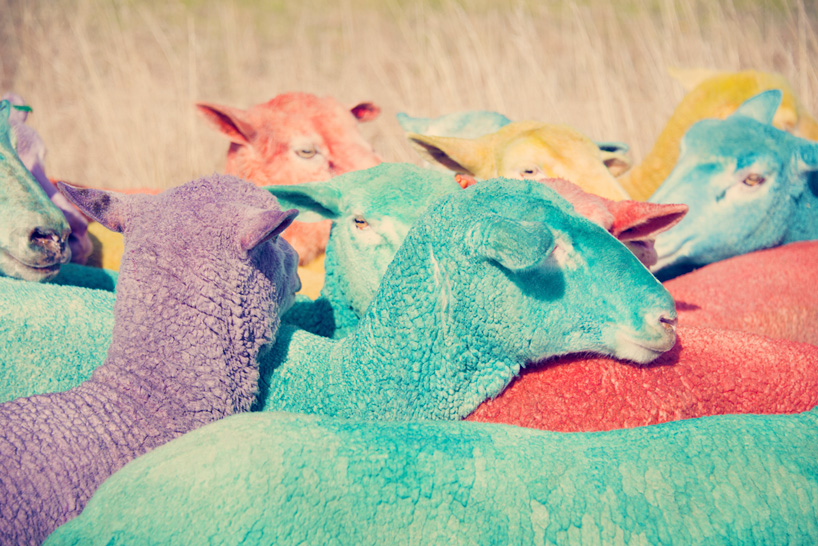 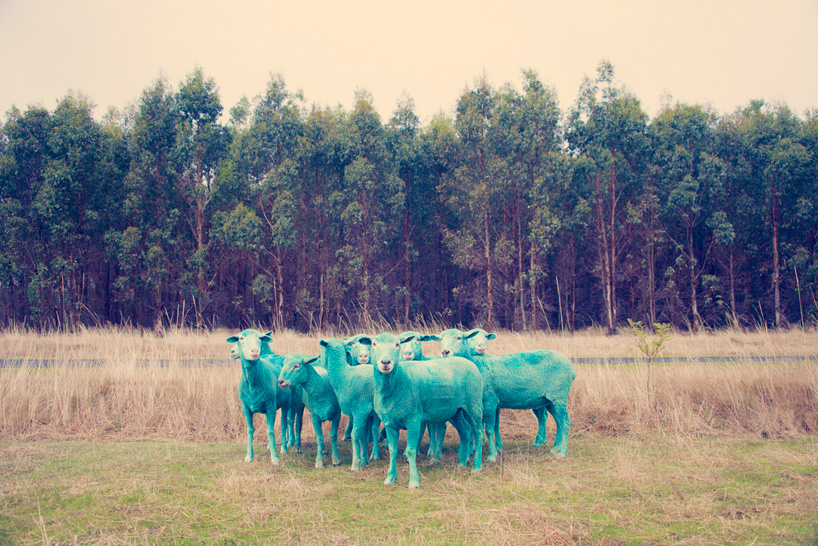 light blue sheep seem to be something out of a dream 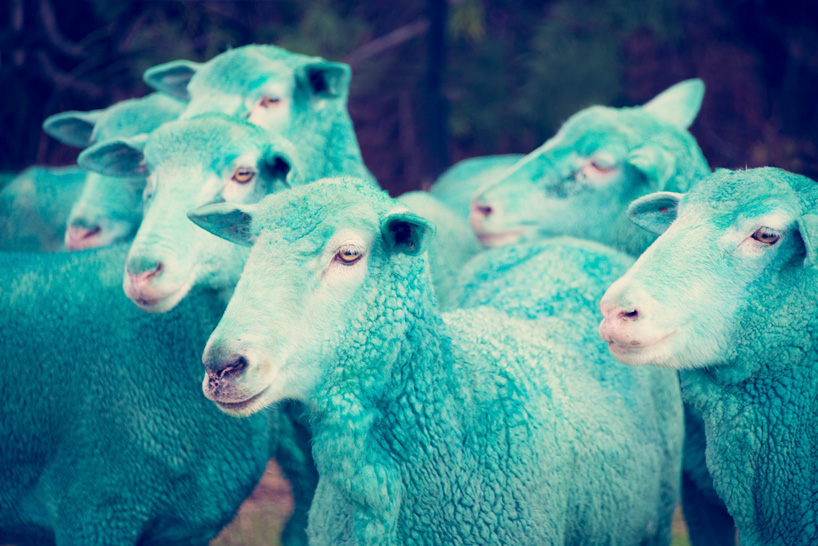 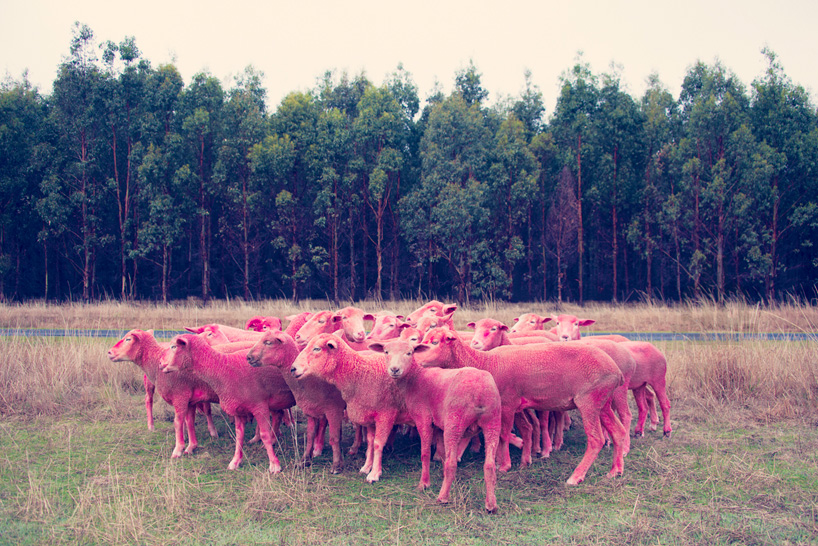 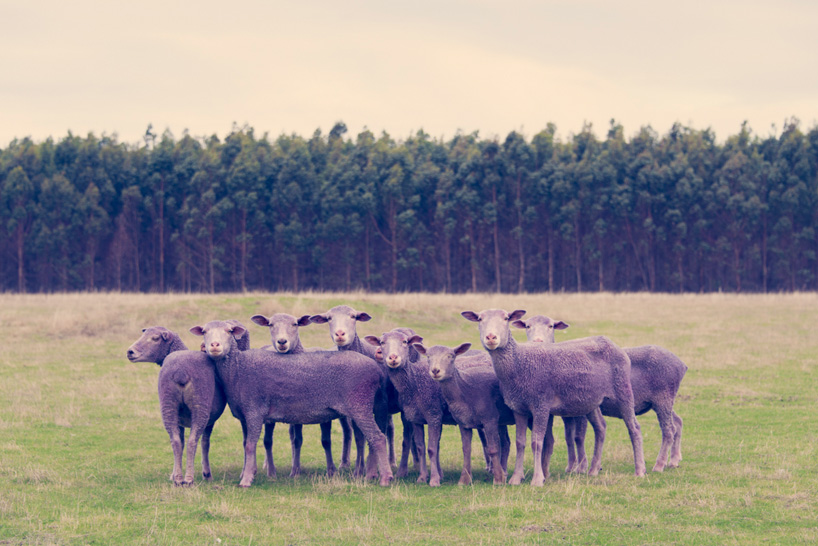 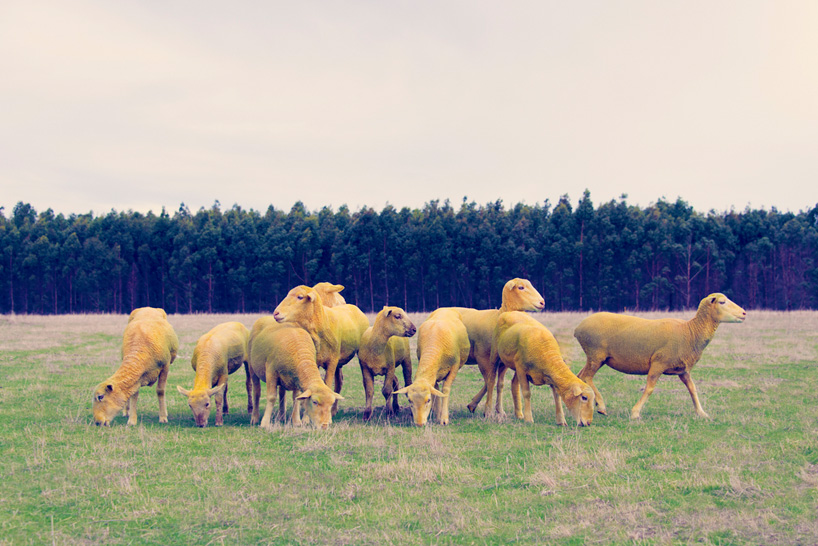 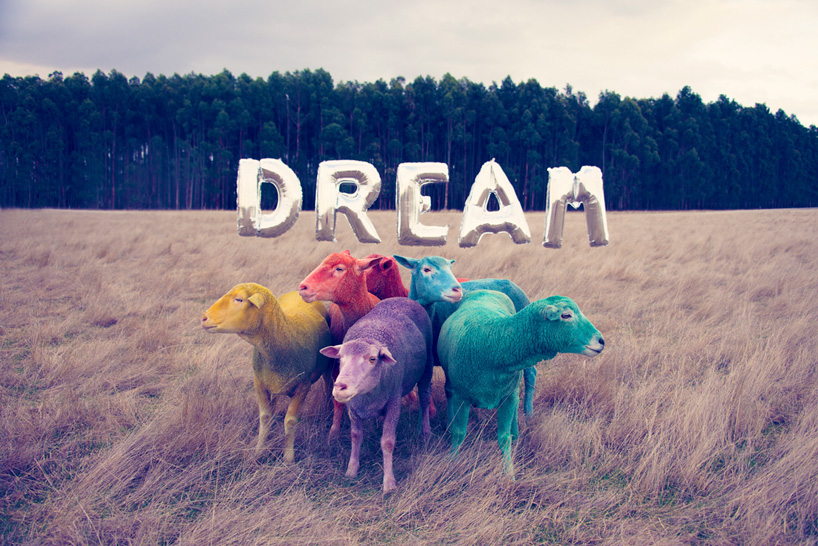 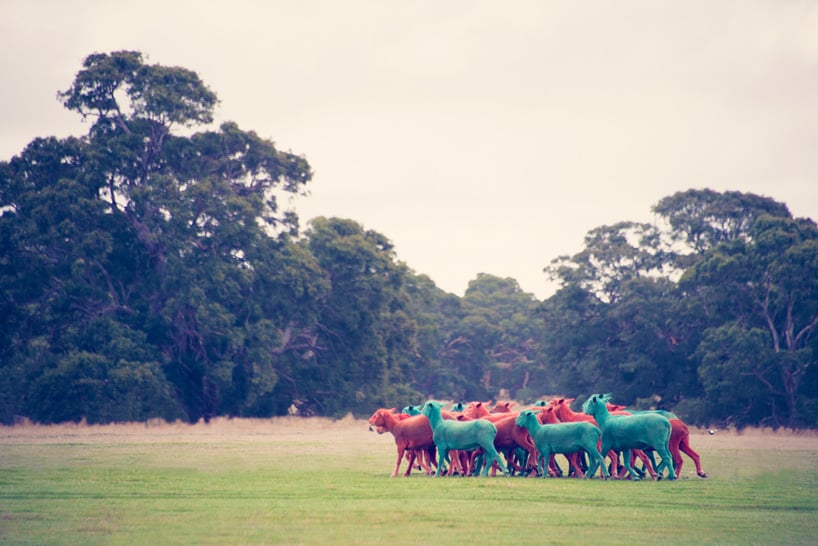 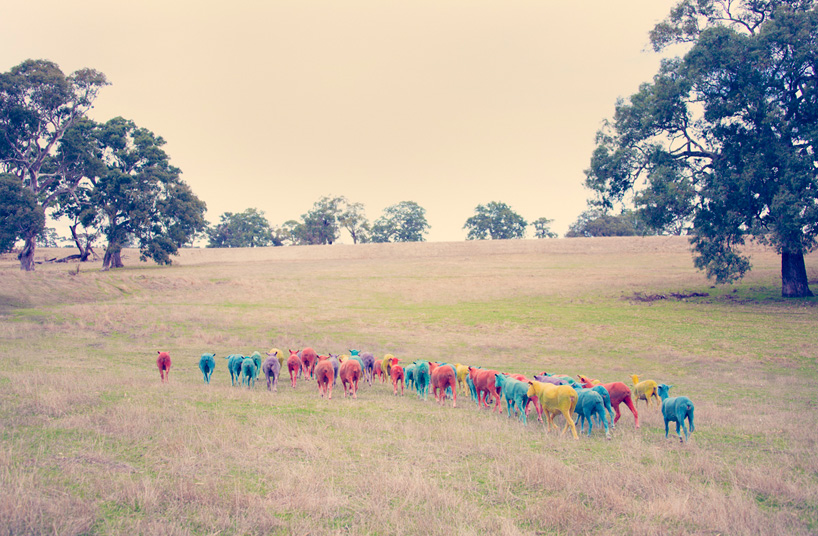 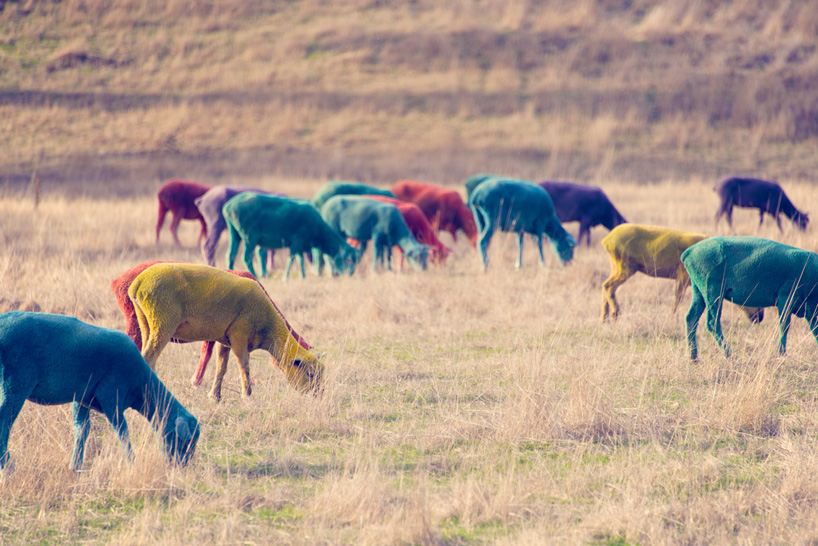 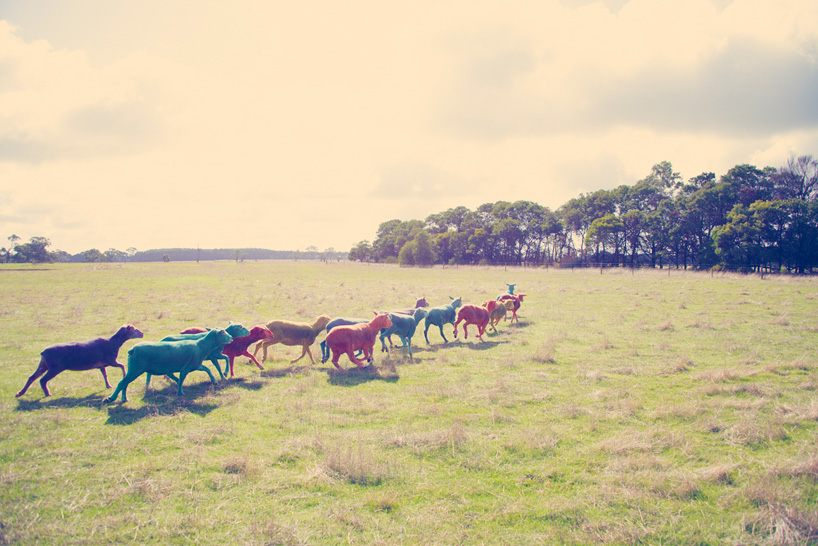 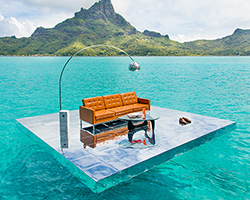 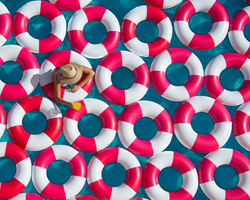 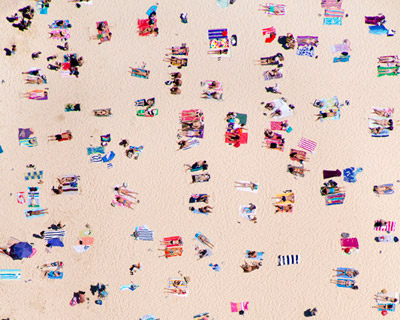