elements found in the natural world meet the human ones, in manilla-based artist gregory raymond halili‘s series of hand-carved and painted skull sculptures. etched into the surface of mother-of-pearl shells, halili recreates the anatomically accurate motif onto both gold-lip and black-lip oysters found in the philippines. innately iridescent, the resilient shell lining is carefully and meticulously scratched away until the outline of the skull takes shape; following the contours of the bass-relief, layers of oil paints add depth, shadow and subtle detail to the facial likeness. 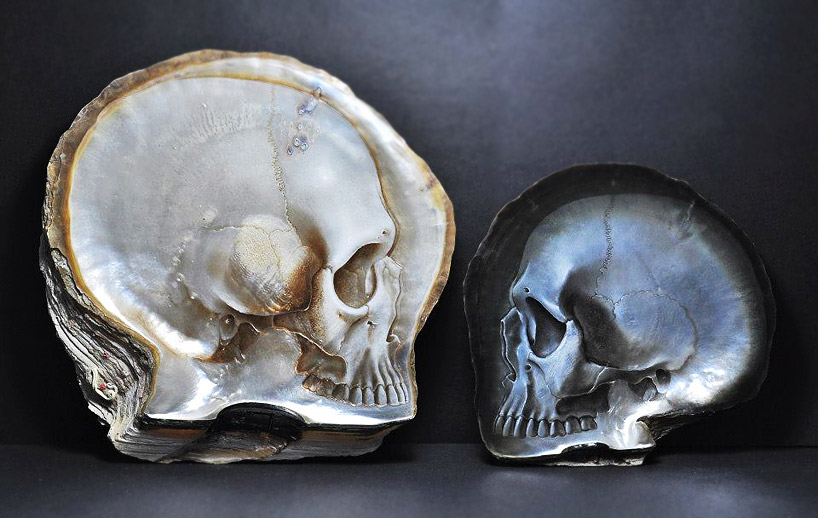 various soft colors, from golds to greys, increase the intensity and volume; close attention to anatomical features — like teeth and bone — render the result as an almost seamlessly integrated sculpture hidden within the shell. 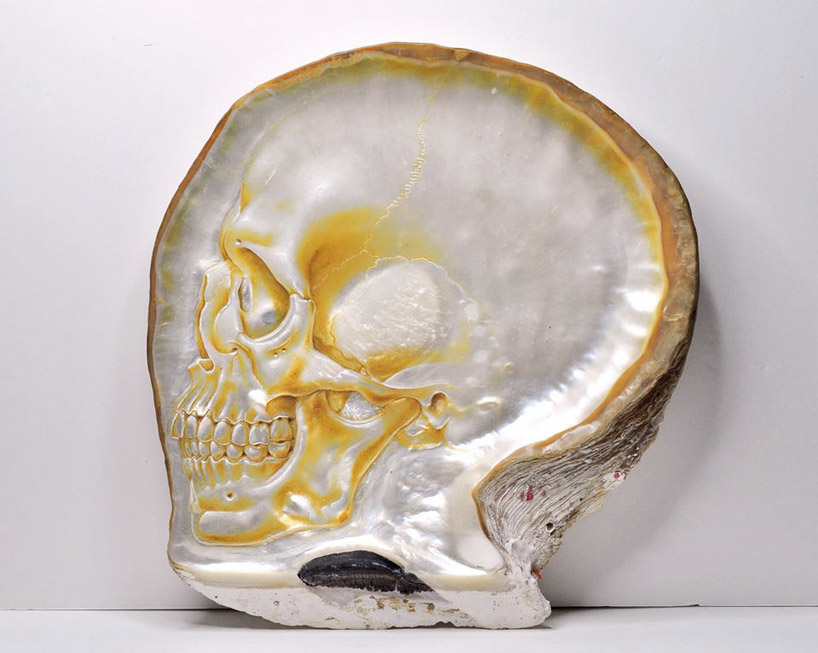 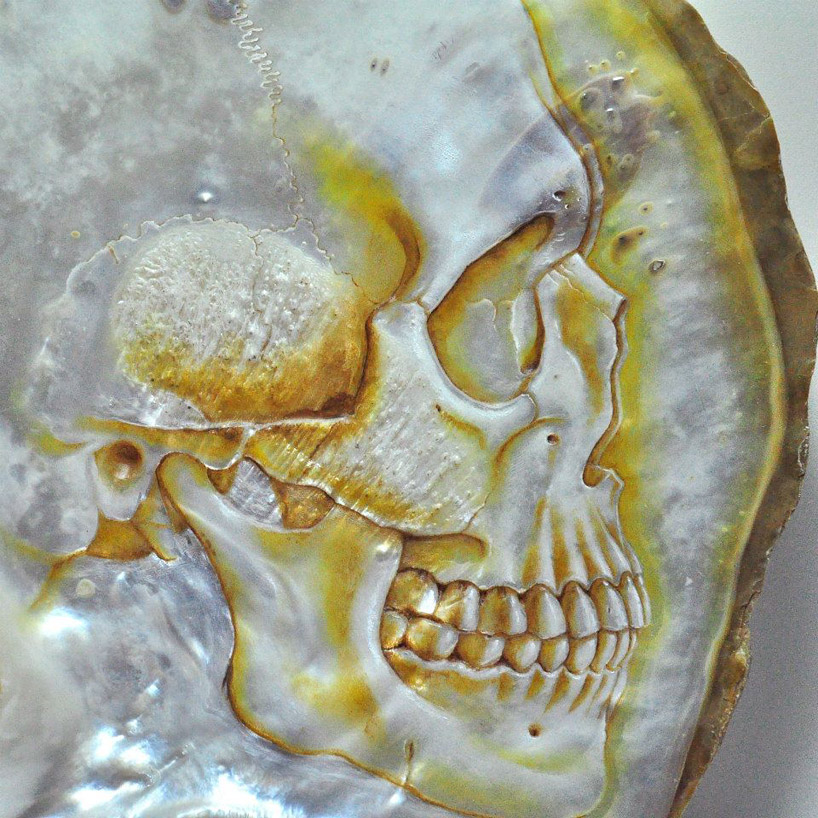 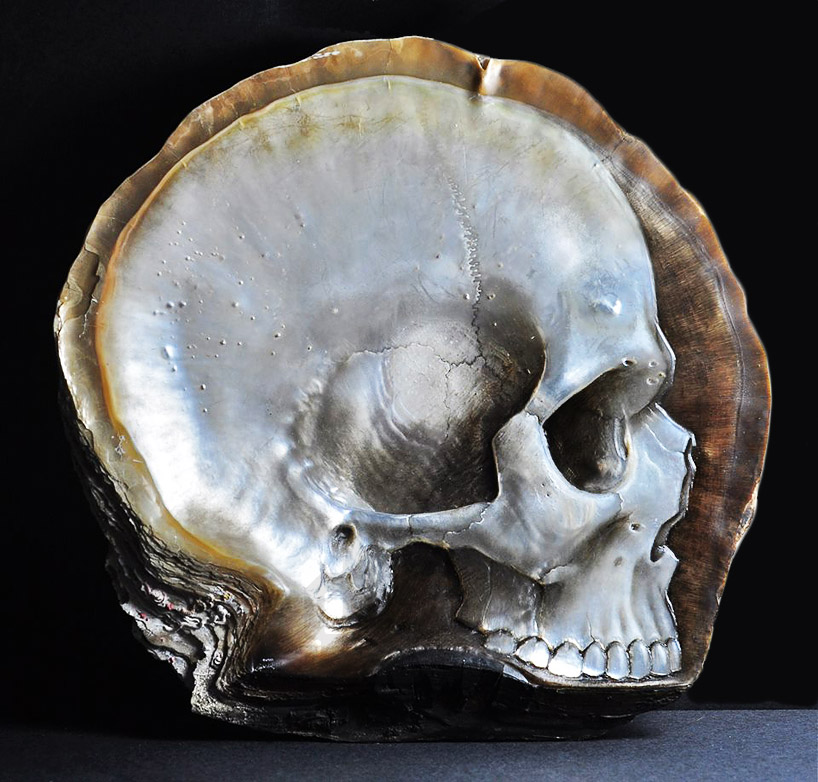 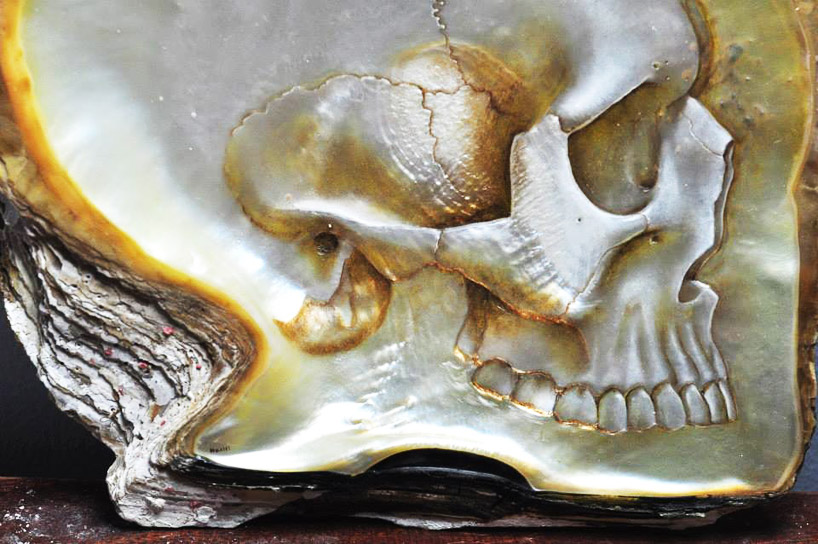 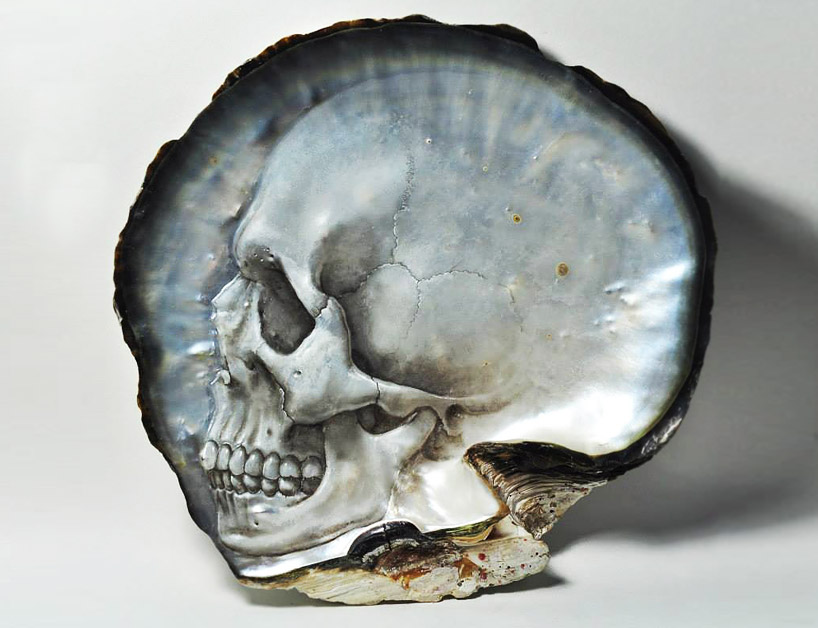 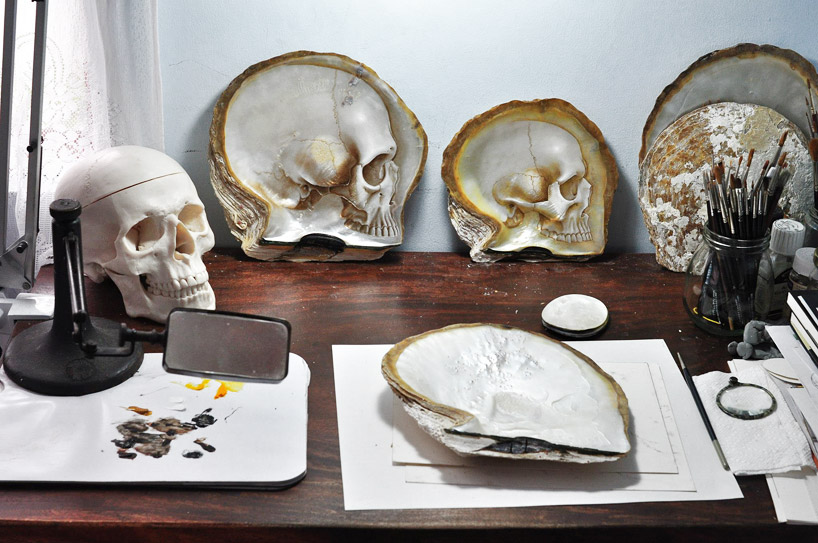 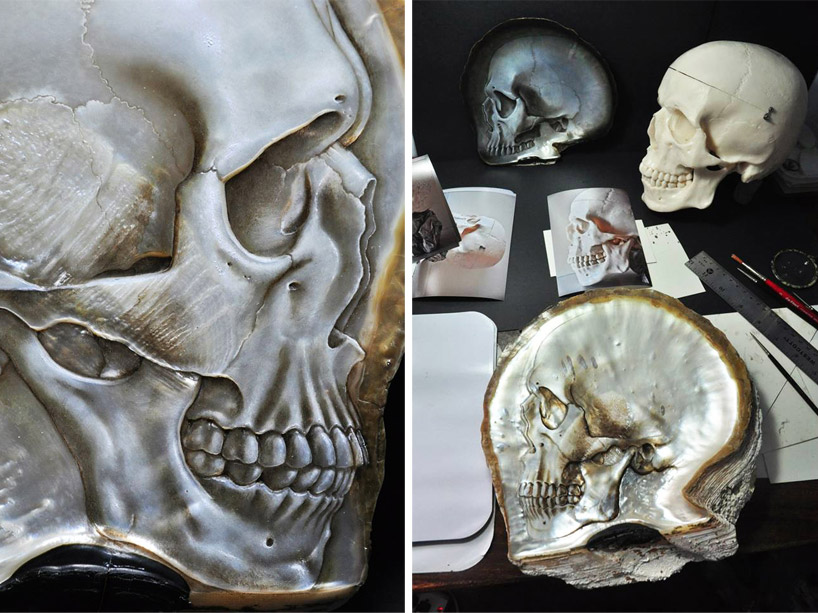 <
detail and process photo of the etched and painted skull