london-based director gus filgate of little fish films likes to document and photograph food in unusual ways. for a recent series of short motion pictres, filgate takes cues from a rather morbid idea: a person’s last meal before their unexpected death. the final plates of three famous figures — napoleon bonaparte, jimi hendrix and julius caesar — are imagined as short films for the ‘last supper’ series, projected in different styles and cinematic approaches, depending on the man’s the life and ultimate demise. watch each clip below to follow the food’s journey from ingredient to final meal of three of the world’s most memorable fatalities.

the last supper enjoyed by the emperor of rome, gaius julius caesar

filgate captures the essence of the the dramatic and emotionally charged murder of julius caesar for his version of the emperor’s ‘last supper’ feature. ‘I decided to make caesars last supper film with many of my own slashing edits and cuts; for a fast paced, high octane and (if possible in film about a plate of dinner), emotional journey’ filgate describes. 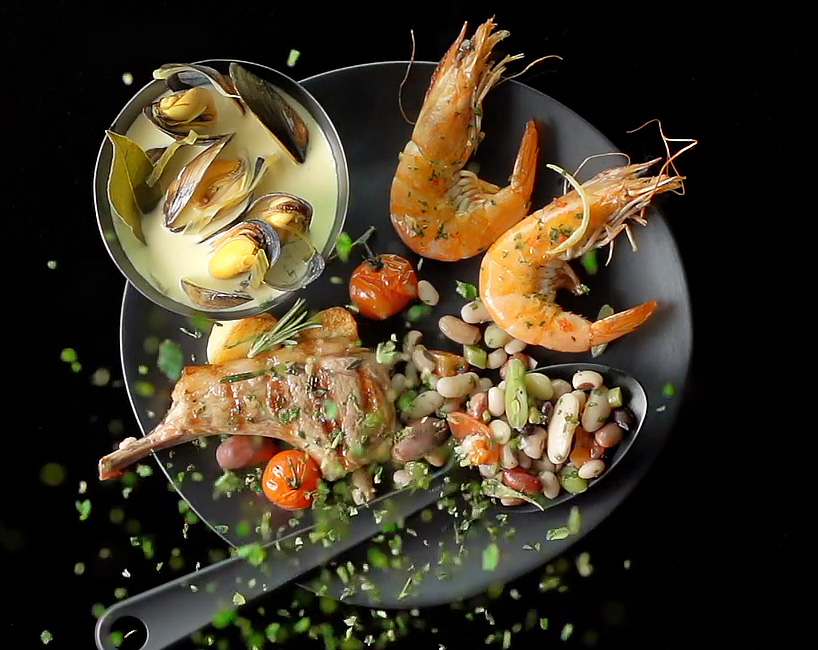 the last meal of rock legend jimi hendrix is believed to be a tuna sandwich, made by his girlfriend just hours before his untimely death. ‘my jimi hendrix’s last supper film is going to be a little thing, a single shot with just a tiny dose of hendrix in it’ filgate says. ‘what appealed to me was the soundtrack; a piece of non-typical hendrix just the right shape and size to fit a tuna sandwich.’

the last supper of jimi hendrix 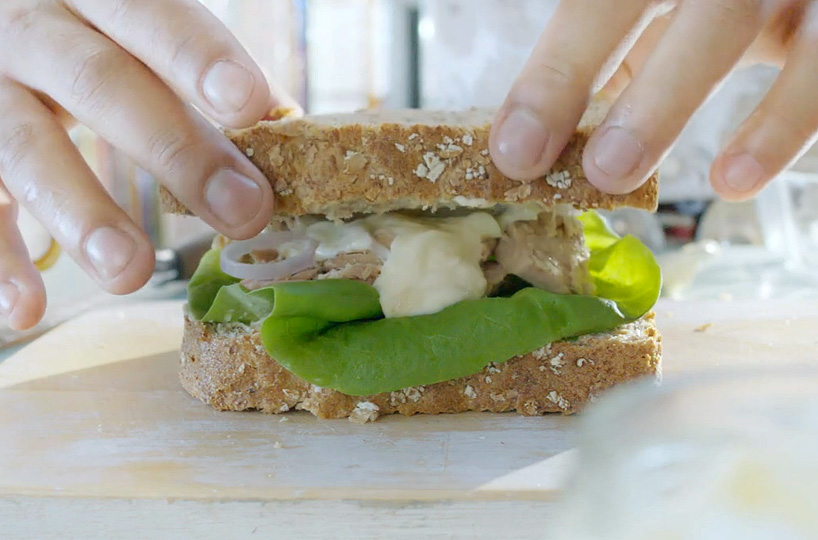 a tuna sandwich is simply fixed in a kitchen, mirroring what would be hendrix’s last meal

napoleon’s meal for ‘the last supper’ — the first of the series — is imagined as a messy and raw ordeal. ‘I want the food images to feel visceral and grubby. napoleon was a dirty fighter, a revolutionary and an egotist. I love the idea of portraying his last meal as something dirty; filth amongst the lace and frills of the time, the last meal of a soldier who cares nothing for the pomp and chatter of political life.’

the last supper of napoleon

the visceral slicing of a tomato 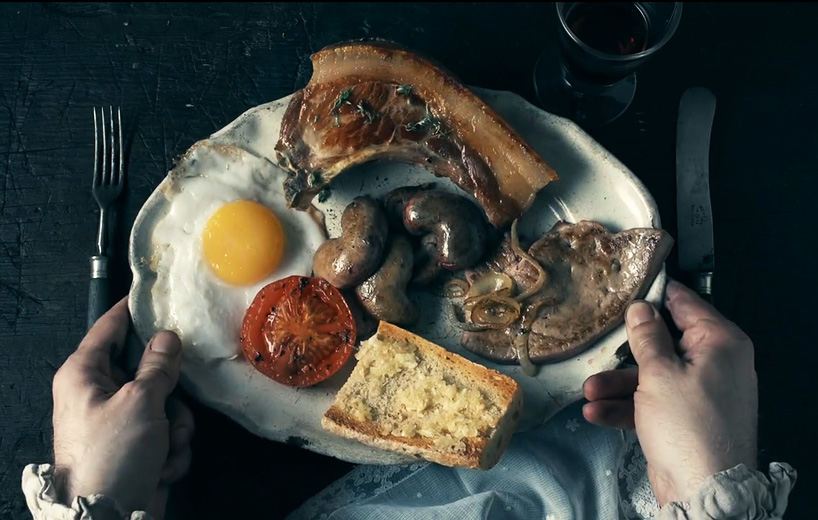