after two trips to brazil’s serra do corvo branco region, artist guy laramée — inspired by the dramatic topography of the site — has realized a series of nine carved book sculptures that meticulously illustrate the lush natural landscape. ‘onde eles moram (where they live)’ continues laramée’s work with sculpted paper, expanding on the theme to include delicate paintings of wildlife found in the area — beginning with the native urubu-rei (king of the vultures) bird, from which the mountain range is named. ‘their diversity, songs, and liveliness captivated me,’ laramée says. ‘over four months, I made various field trips to photograph the canyons however each time these damn birds found their way to my lens. at some point I felt that I was becoming one of them. clearly, they had something to tell me, and this had to do with the absurdity of our tormented human condition.’ 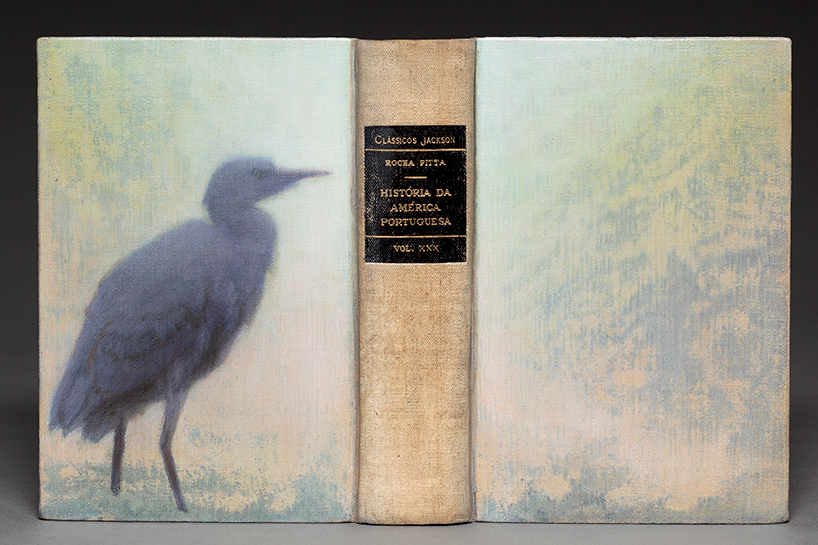 each piece comprises a two sided work: the front and back covers are painted, while the inner pages are carved. ‘I found the books in various second hand bookstores, in florianopolis – the capital of santa catarina,’ laramée describes. ‘they are all tomes of the classicos jackson, a series of literature classics published in the ‘50s in brazil. I was greatly seduced by their rich, linen covers. the faded jade tones of the fabric inspired most of my palette for the paintings.’ rich detail is meticulously chiseled into each set of pages, depicting climatic canyons, high and low plateaus, crevasses, needles and the dense green vegetation that informed laramée’s intensive, nine-month long sculptural series. 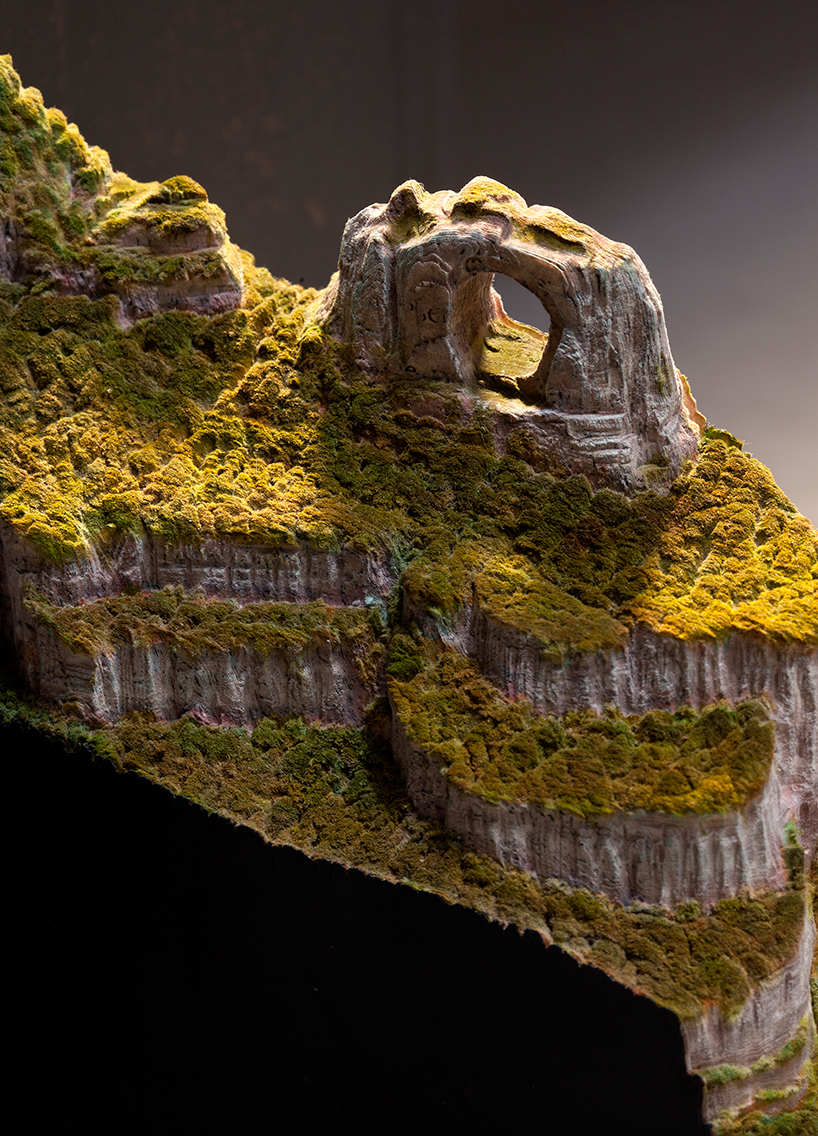 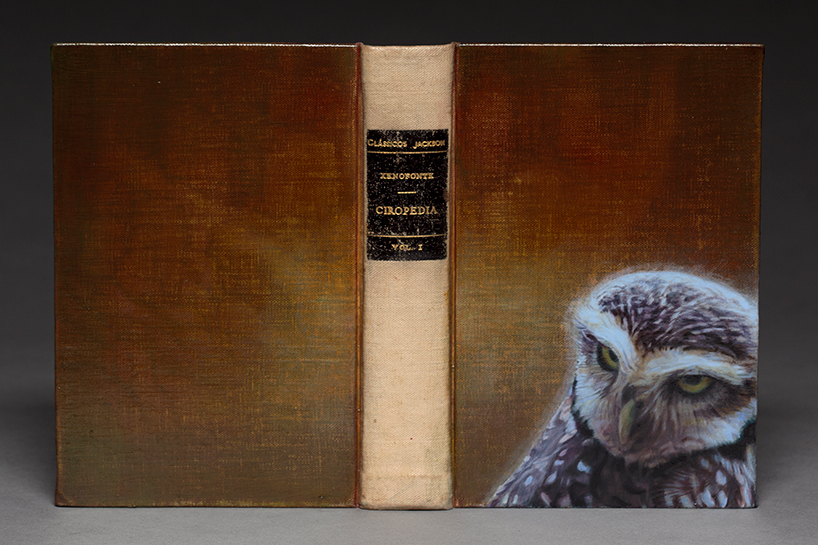 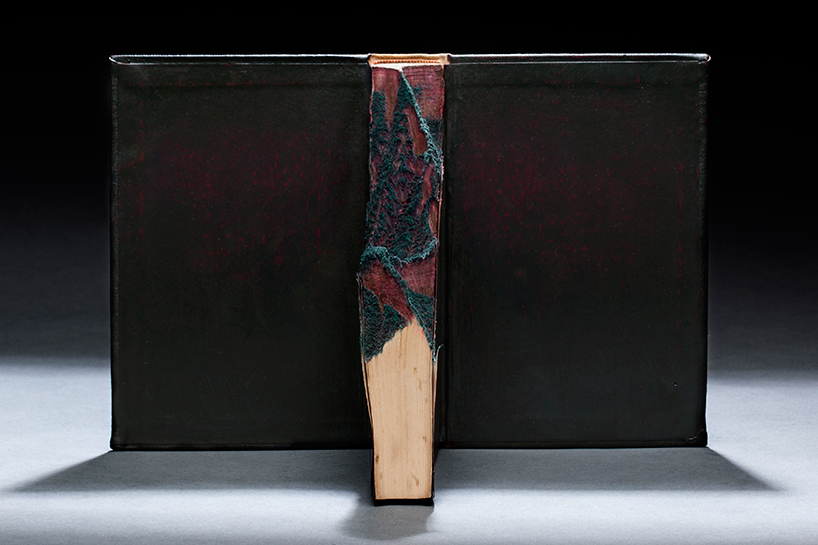 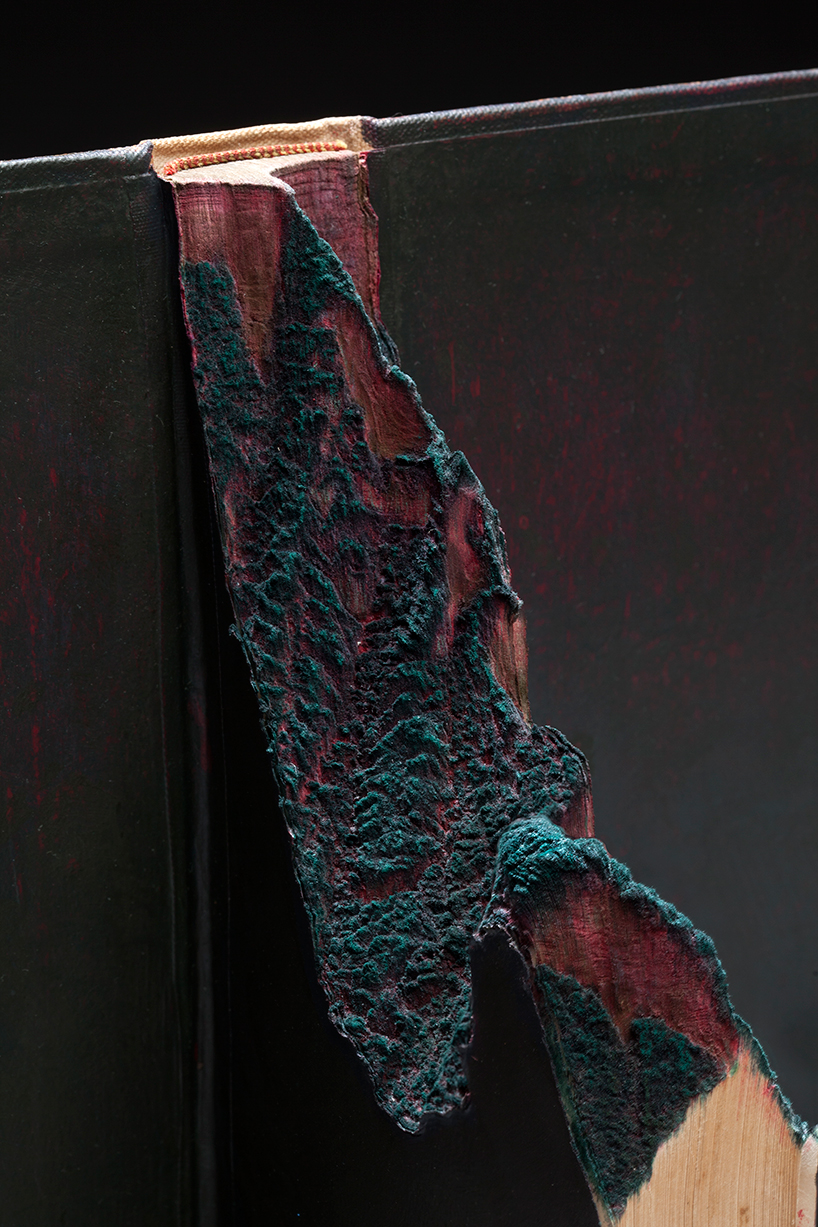 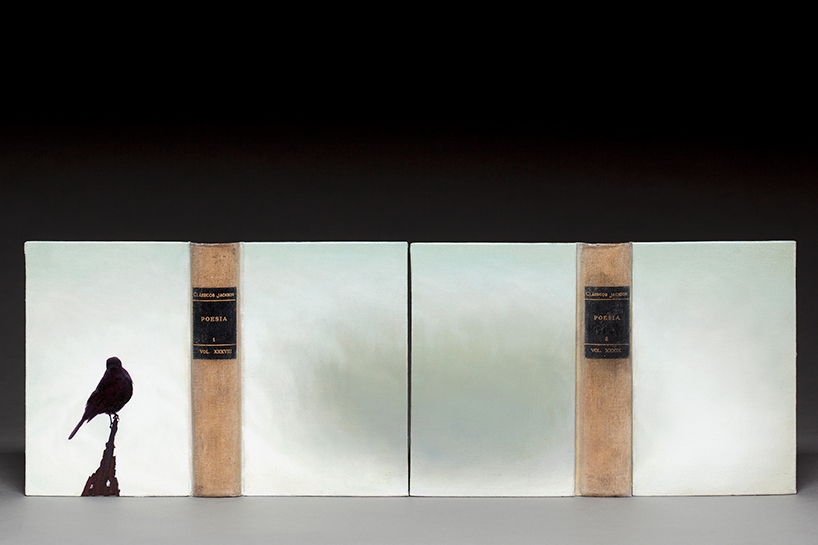 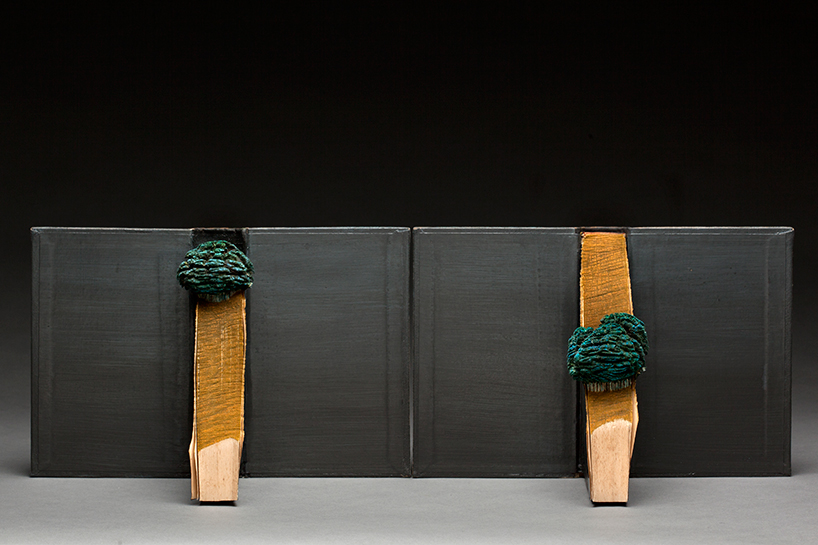 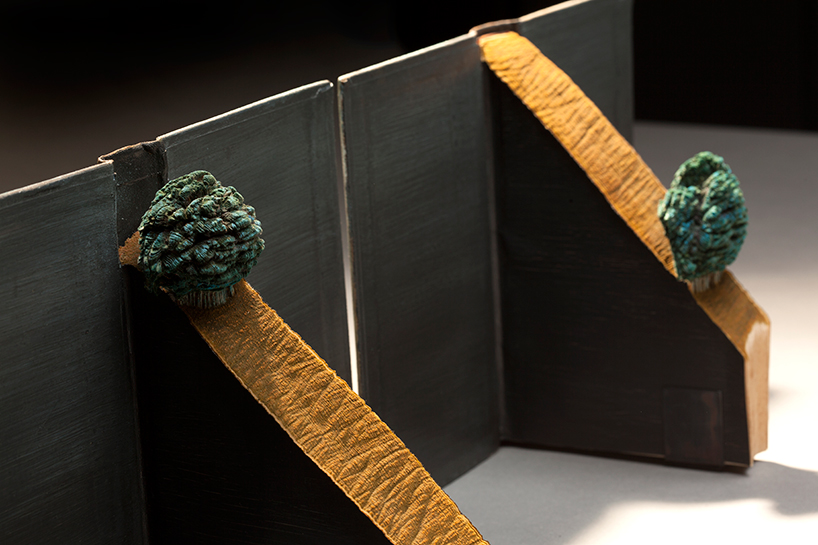 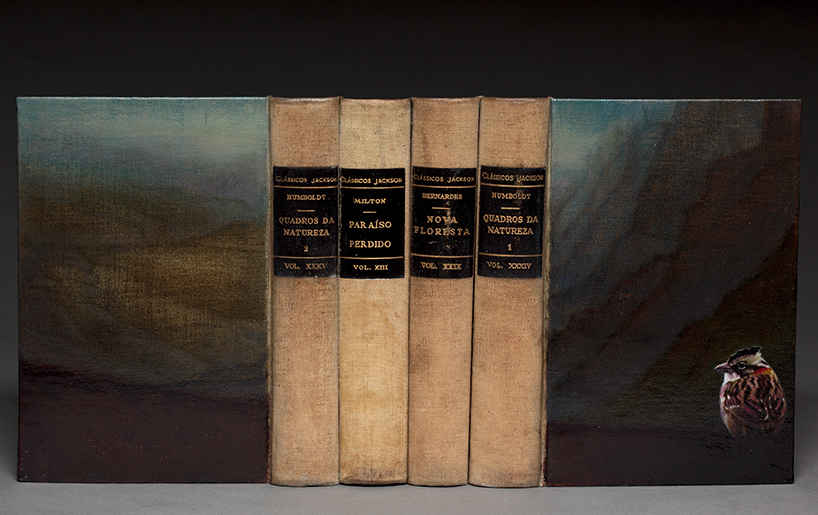 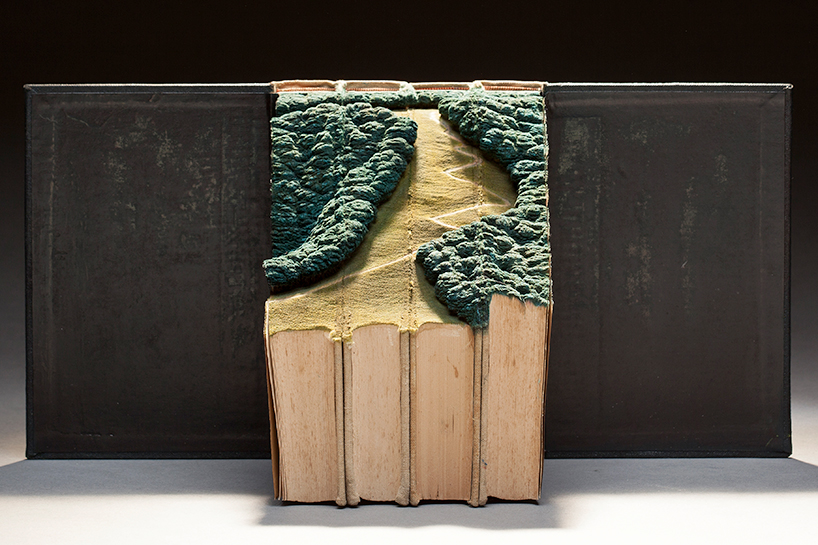 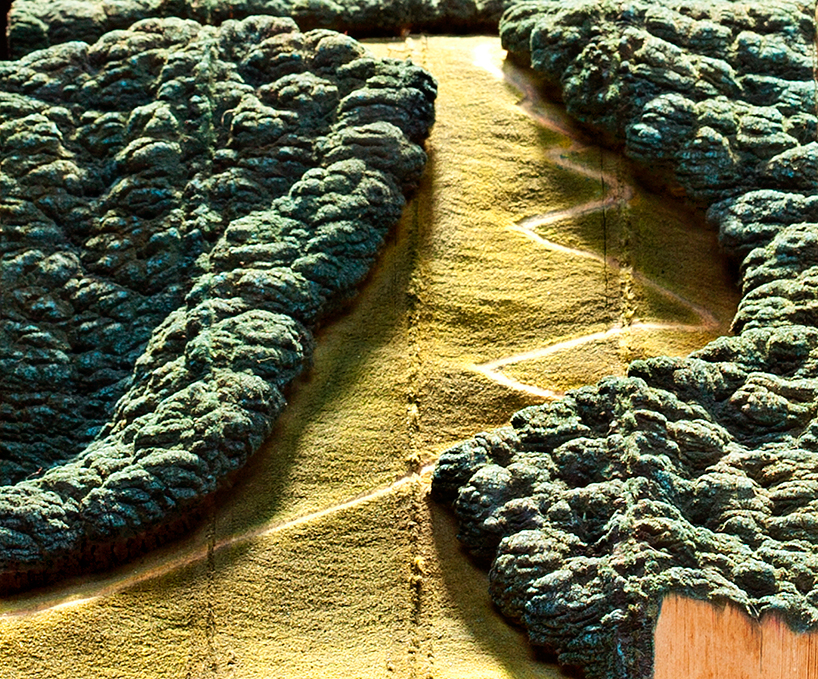 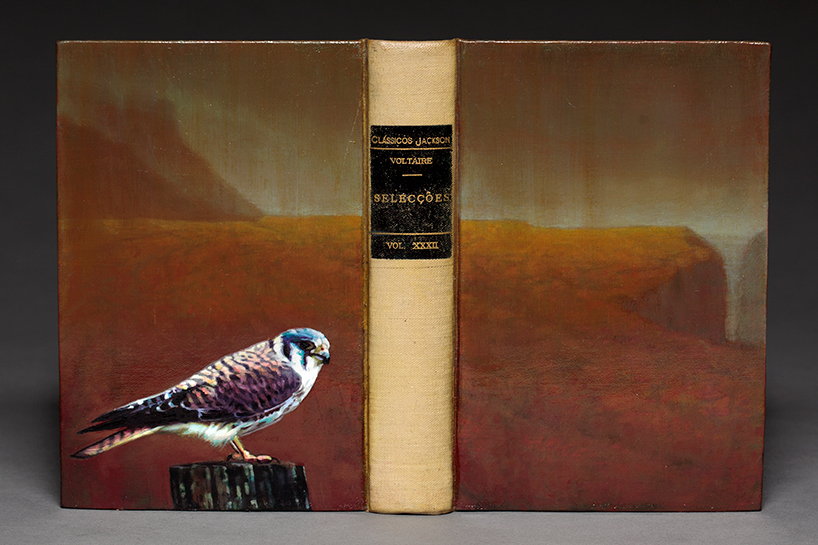 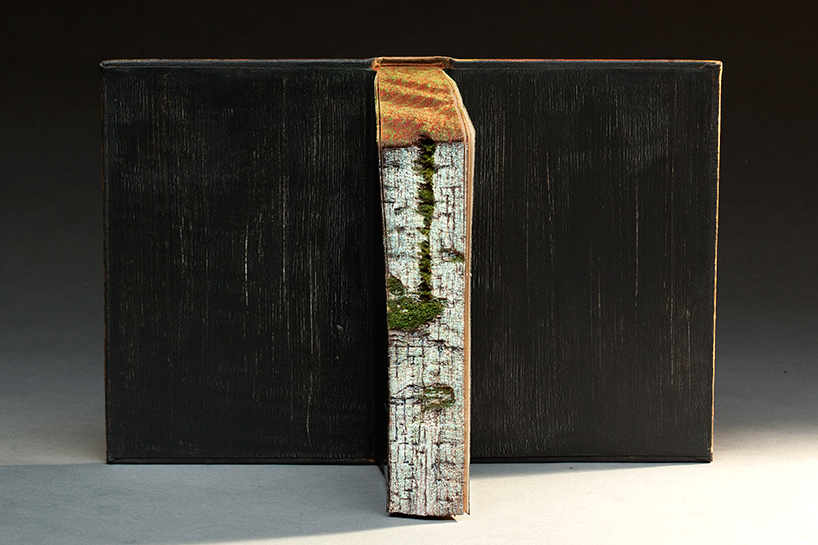 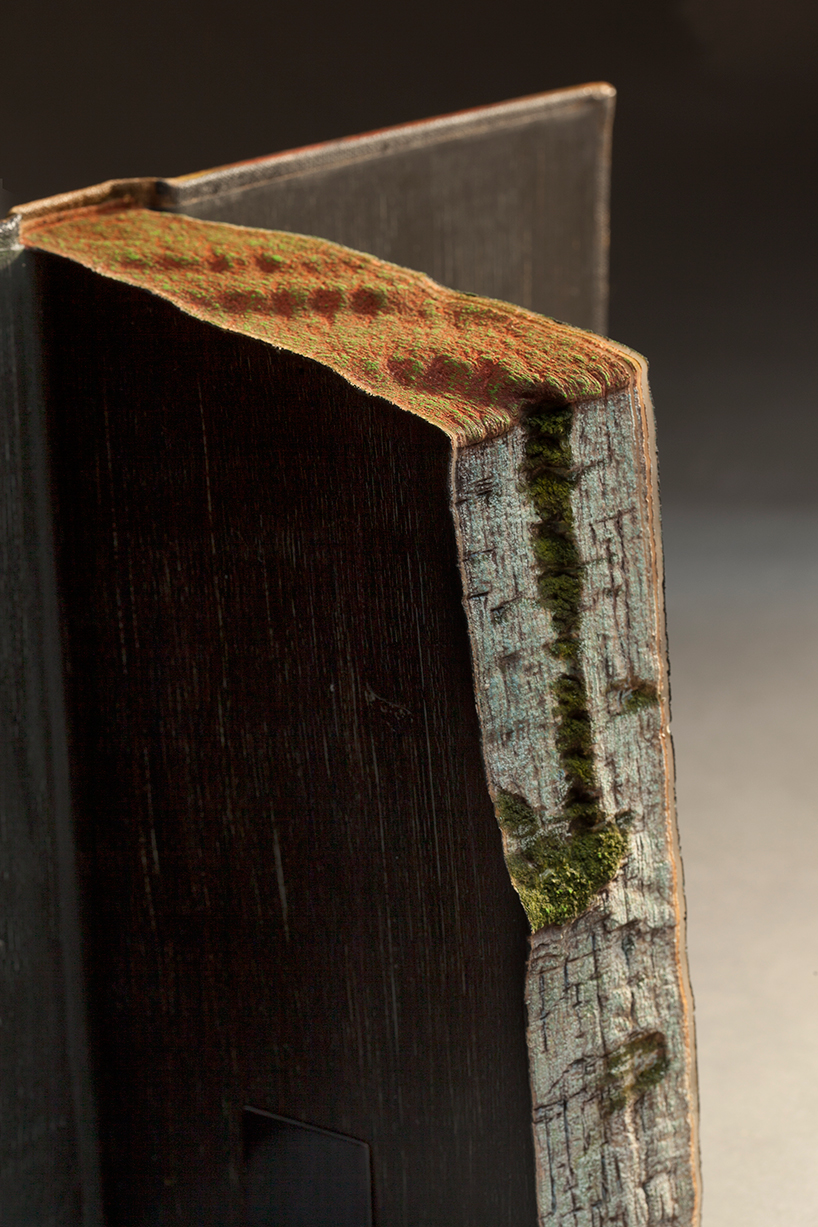 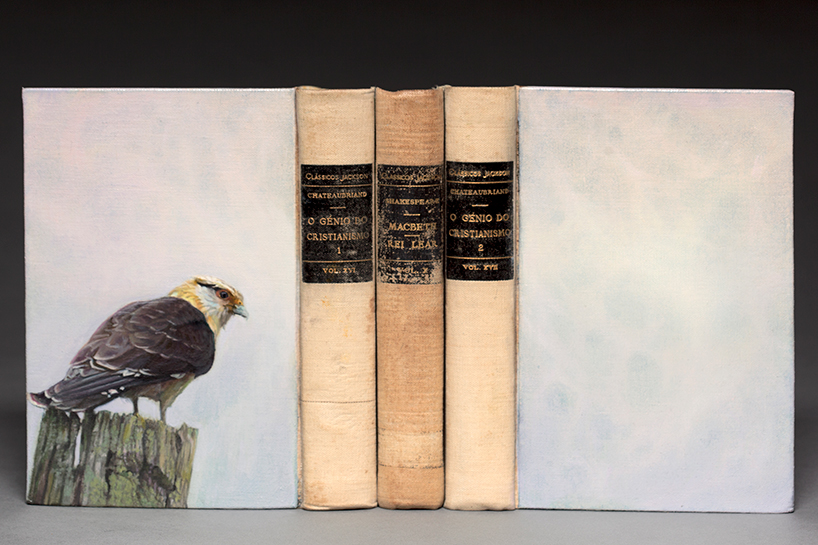 exterior of ‘serra do corvo branco’ 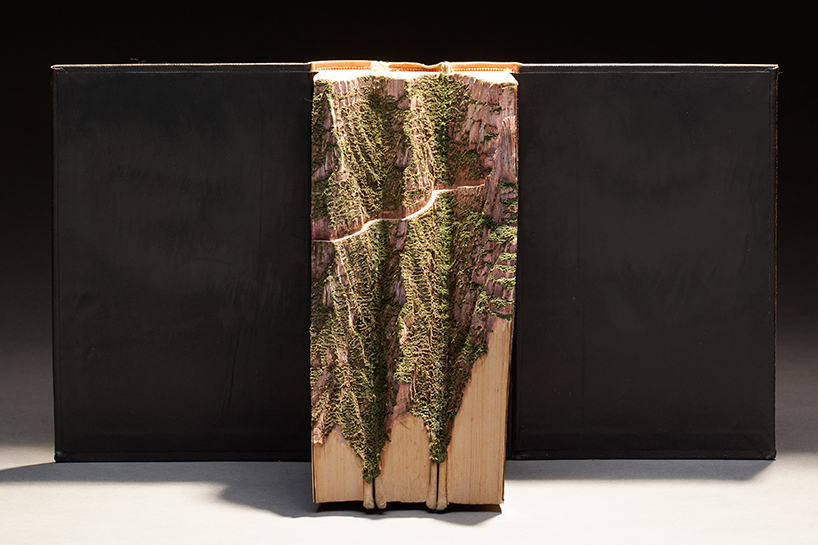 interior of ‘serra do corvo branco’ 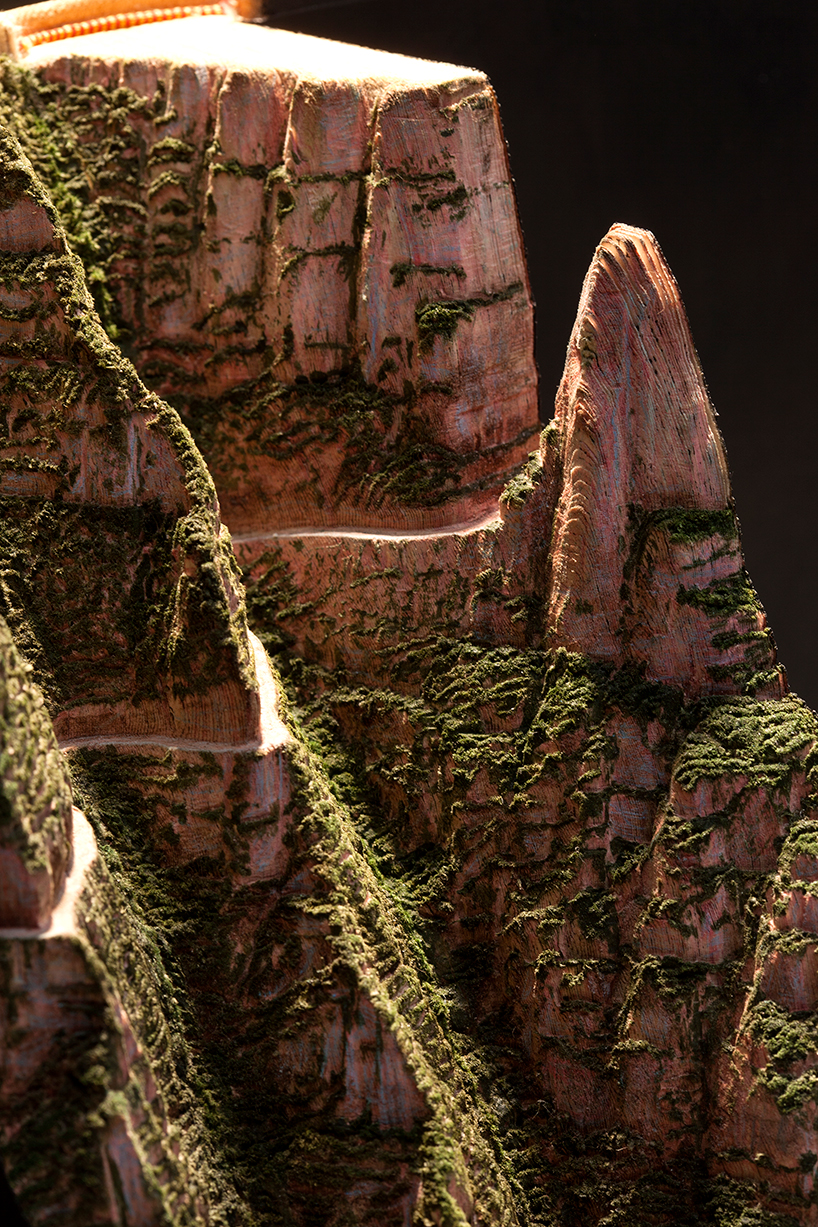 detail of ‘serra do corvo branco’ 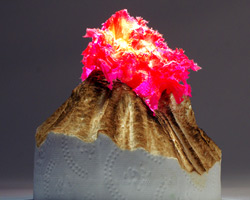 May 28, 2020
guy laramée intricately carves volcanoes from toilet paper rolls as a diary during lockdown 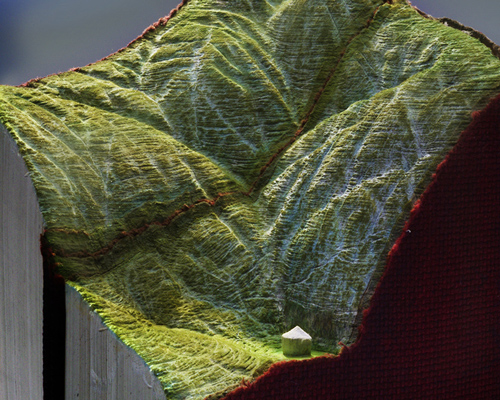 Dec 30, 2013
guy laramee carves a mountain terrain out of encyclopedias 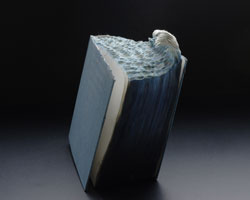